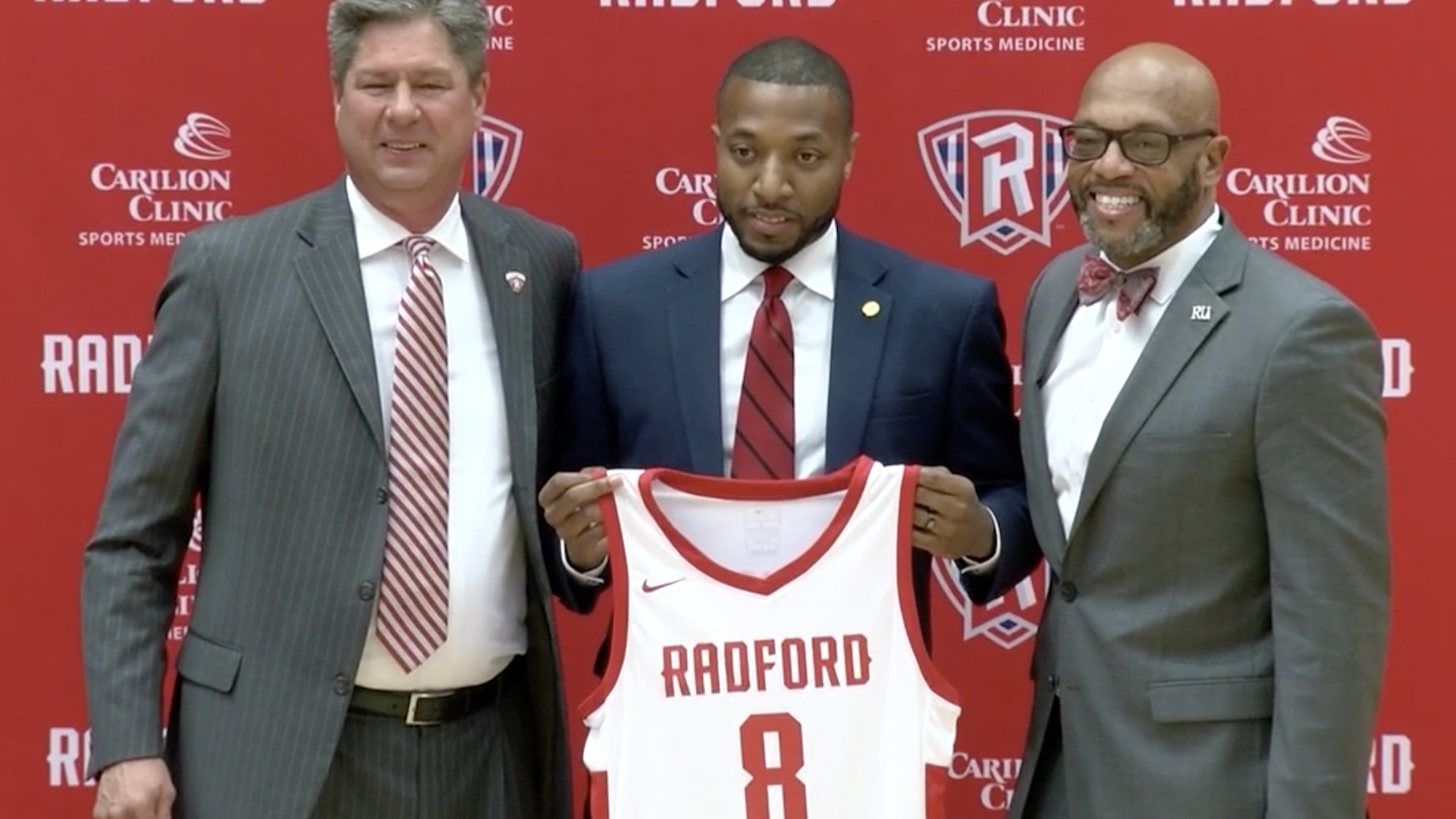 Nichols spent the last six seasons as an assistant coach at the University of Florida (2015-2021), working for head coach Mike White on the sidelines. Nichols will be replacing Mike Jones at Radford. Jones spent ten seasons as the Highlanders head coach.

“It was crazy,” Nichols said on getting the job. “Mike Jones has done an unbelievable job since he has been here. Over the last few years, his name has been getting traction for other jobs. This is home. It made sense when it opened to pursue the job and follow in Mike Jones’ footsteps.”

Nichols, a Radford native, played high school basketball at Radford High School for Coach Rick Cormany. He finished his prep career scoring over 2,000 points. The small town’s population is around 17,600, but Nichols still calls it home.

“More so now than the last few years,” said Nichols on if the Radford job was one he had circled for a while. “When I first got to the University of Florida, I was trying to figure it out. I was trying to follow a legend in Billy Donovan. I knew I wanted to be a head coach one day, but I did not know when or where. I was focused on figuring out how to help the program win. Over the last few years, I have been getting more interviews for head coaching positions. When this one came open, I was like it would be crazy to be back in my hometown.”

With the news breaking about Nichols receiving the vacant position at Radford, his phone was buzzing with congratulatory messages. Everything had happened so quickly that Nichols was unable to say goodbye in-person to his guys in Gainesville.

“For me, it was hard,” noted Nichols. “I look at it this way, if leaving student-athletes that I recruited, mentored, and built a relationship with is easy then I am in the wrong field. I was excited on one end. On the other end, I could not tell the guys at the University of Florida face-to-face. I am on the flight heading to my press conference in Radford. I knew this was about to leak out. I was not able to tell my players at Florida I was leaving. I had to send them a message in a group chat. It was bittersweet. Leaving those guys, but also getting the opportunity back home is something I dealt with 24 hours after I accepted the job.”

When Nichols had his inaugural press conference at the Dedmon Center, it was the first time since December 19, 2007, he had stepped on that court. WVU played Radford Nichols’ senior season. He scored 23 points, including 21 from behind the arc.

“It was exciting and different,” said Nichols. “I was playing in front of a lot of people that got me to West Virginia University. Seeing those faces in the crowd was nerve-racking at first, but I am glad that happened my senior year when I had already been through college basketball. It was special seeing how the city turned out to support me. I realized how many West Virginia fans are in this area that continue to support me.”

Nichols has had his hands full these last few weeks. He has been getting to know his new players and coaches and teaching everyone what he is expecting this upcoming season.

“It has been different,” Nichols said. “I am back in my comfort zone back home. It has been different for me since I am in a new position. Sometimes you catch yourself doing things you know you did as an assistant and trying to delegate those things. That has been the biggest adjustment, understanding what your day-to-day needs to be like for you and the program to be successful.”

Nichols has been fortunate to work alongside and play for iconic head coaches. He played three seasons at WVU for John Beilein and one season for Bob Huggins. Nichols went on to spend time as an assistant at Northern Kentucky (2011-13), Wofford (2013-14), and Louisiana Tech (2014-15). He also served as a graduate assistant at WVU in 2010-2011.

“I have come up with my philosophy by finding things I did not like and focusing on not doing those things,” Nichols said on taking what he has learned and crafting it into his own. “I told my players that when John Beilein left my junior year I thought it was the worst thing that could happen to me. When I look back at it now that I am a head coach, I think it was one of the better things. If I had only played for Beilein, I would have thought that was the only way to do things. Playing and coaching for different people has helped me get to this point in my career.”

Nichols scored 993 career points, dished out 399 assists, played in 141 games, shot 45% from the field, and led the Big East in assist-to-turnover ratio as a junior while wearing the gold and blue. Nichols and the Highlanders will travel to Morgantown on December 4th to take on the Mountaineers.