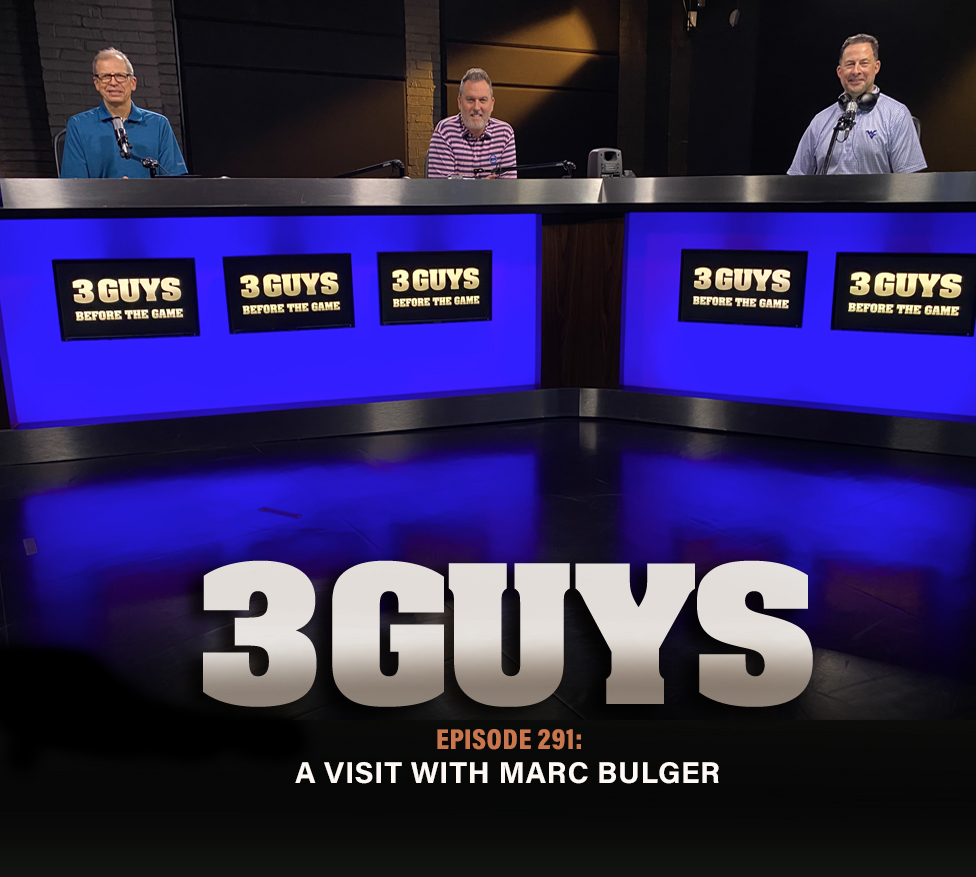 At 44 years of age Marc Bulger’s desire for competition still burns.  His interests have turned from the gridiron to the ice where he’s dedicating time to the sport of curling.  The COVID pandemic has delayed  plans for a bid to make the United States Olympic team but the dream continues.

Two decades have passed since his last game as a quarterback at West Virginia University, but his statistics still shine bright.  The under-recruited Pittsburgh native remains a poster-child of WVU’s player development during the Don Nehlen era.  Bulger, who played one season of high school football, still ranks in the top-4 of six different Mountaineer all-time passing records.

The two-time Pro Bowl selection spent 11 seasons in the National Football League –  completing 1,000 passes faster than any quarterback in league history.  That’s just one of many milestones in a memorable and productive career spent primarily with the Saint Louis Rams.

On this episode, Bulger reflects on his playing days and looks forward to his next big move.

Join the “Guys” for a fun ride down memory lane with Mountaineer great Marc Bulger.