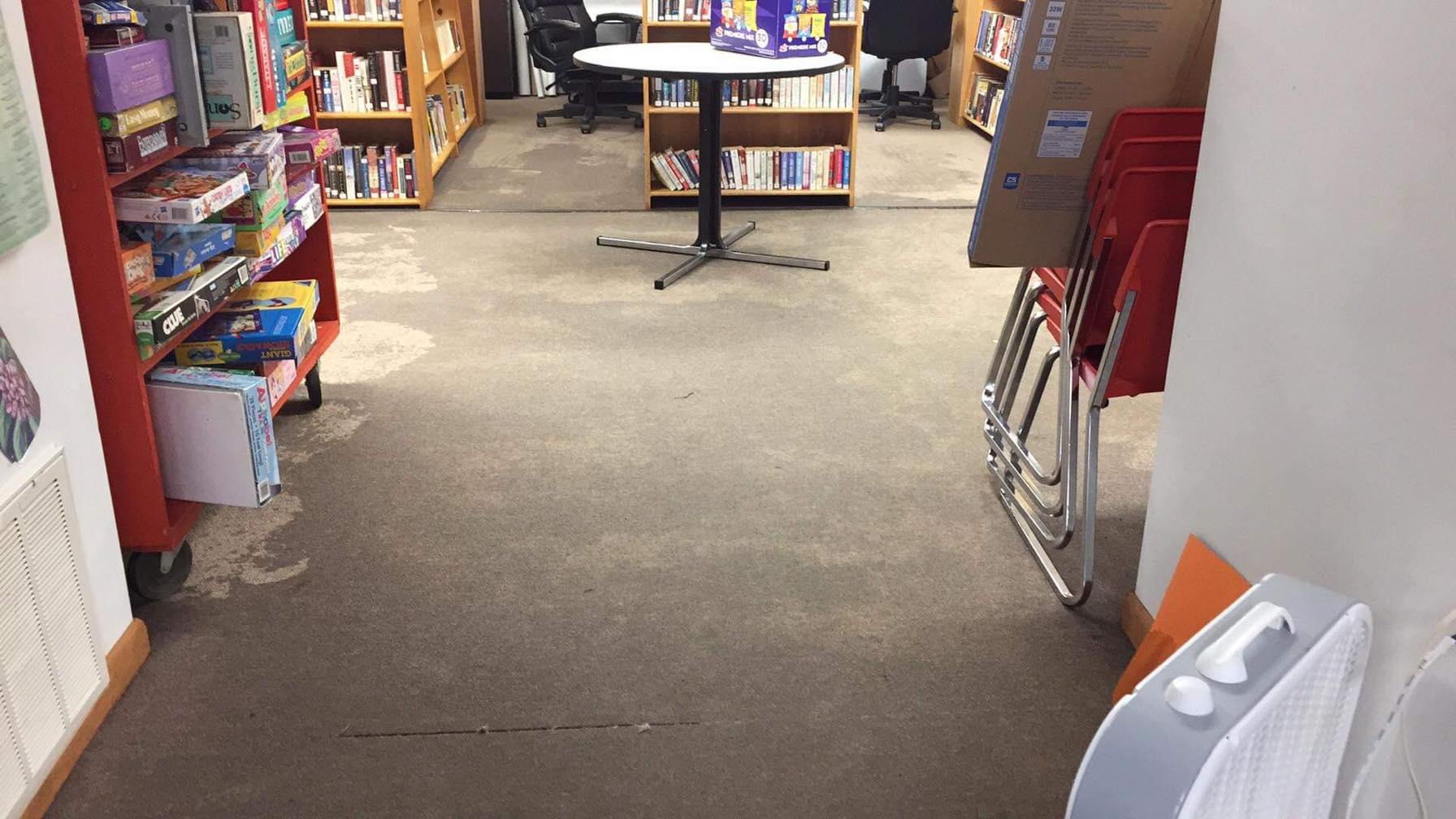 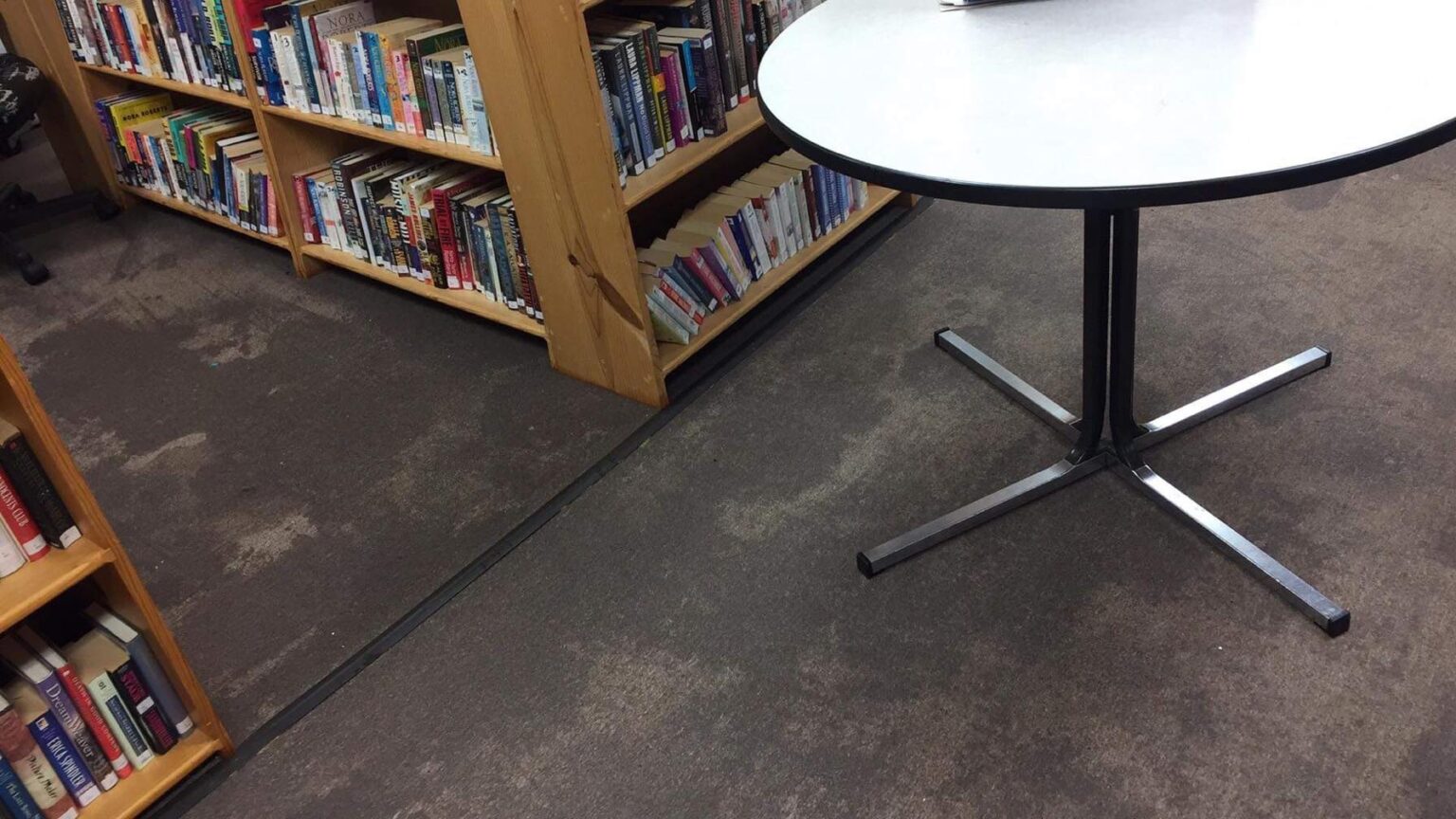 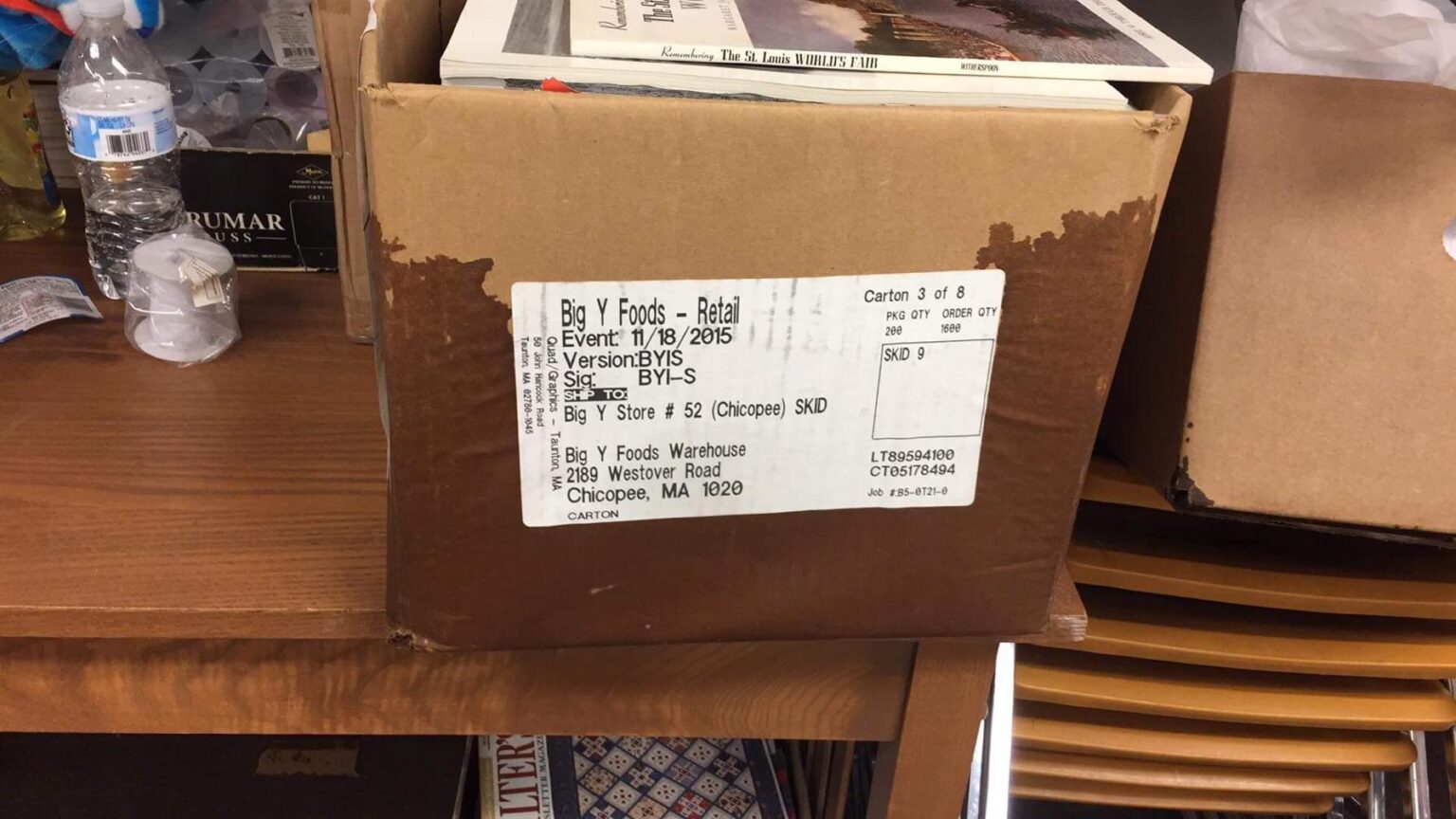 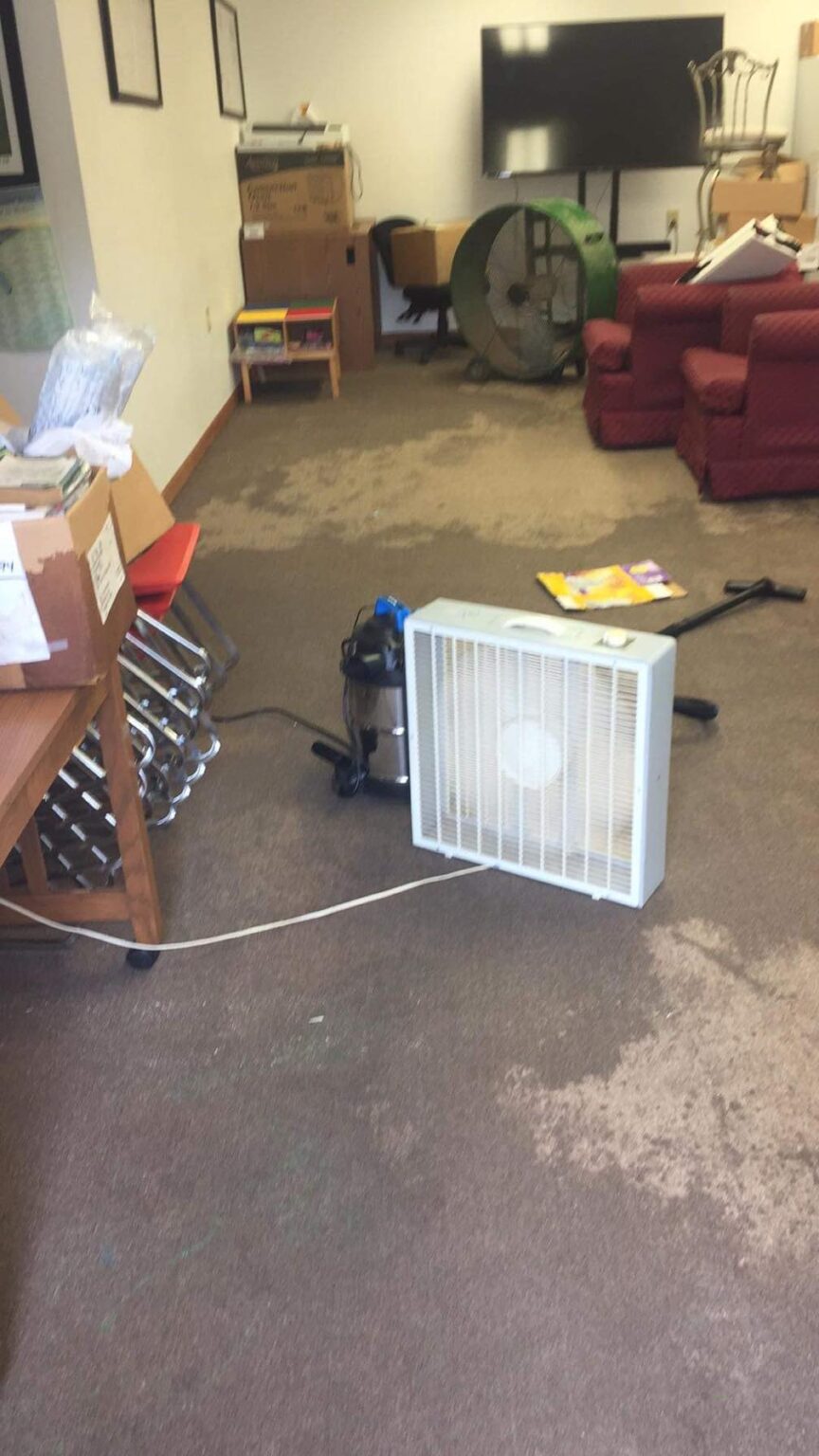 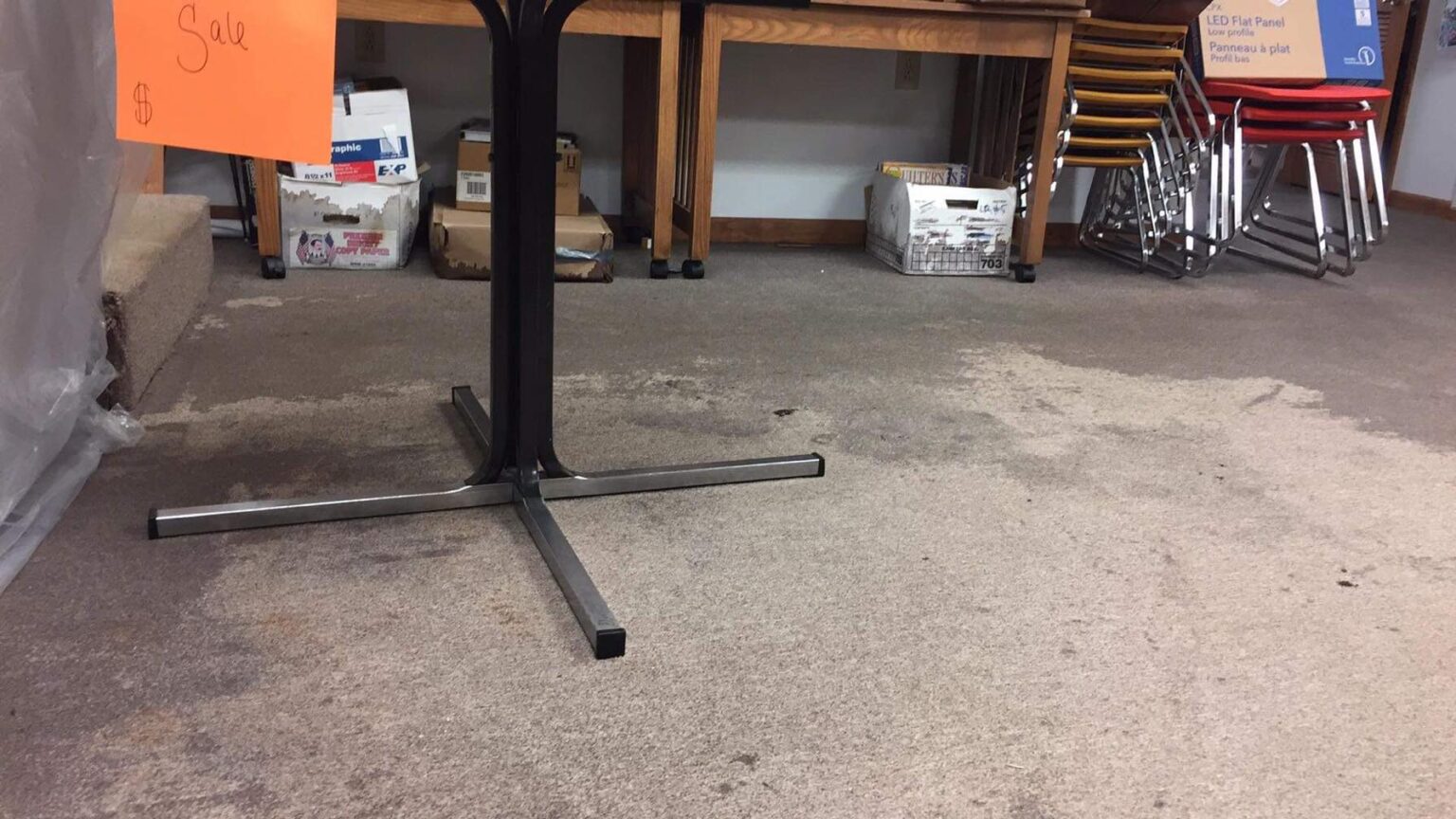 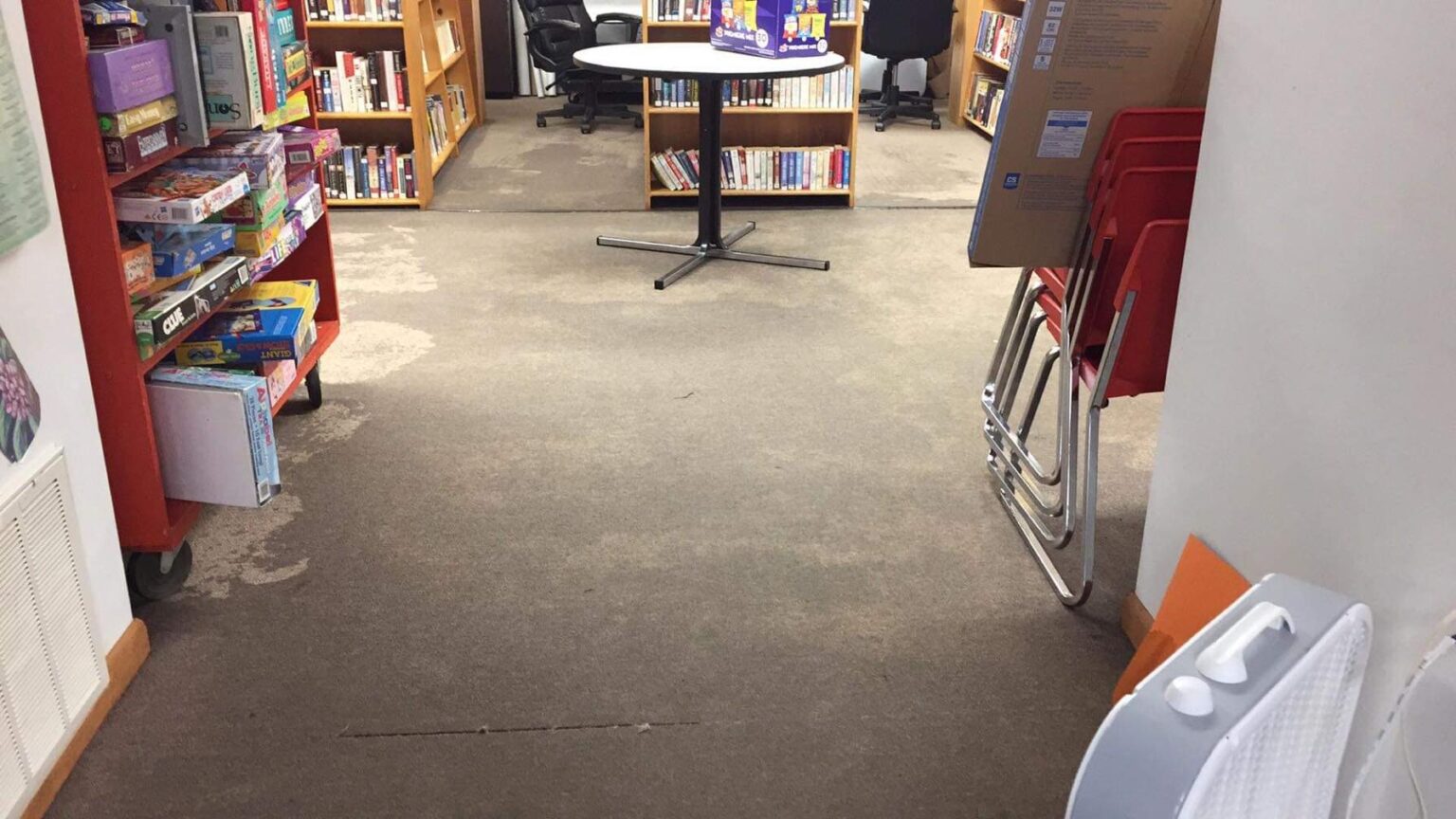 BURNSVILLE. W.Va. — Motorists on I-79 ran into an unusual site in Braxton County Friday night.

A deluge of rain rain off the mountain, causing a mudslide. The mudslide blocked the culvert and diverted water runoff into the middle of the northbound lanes. It isn’t very often the interstate is flooded, but that was the case on Friday. Not far away folks at the Burnsville Public Library had their own set of problems as water was coming through a back wall.

“We had in some parts of the back room we have about a half inch in the library,” Library director Beth Anderson told MetroNews Monday.

Books and equipment stored on shelves were saved, but anything stored on the floor was water logged and lost. Fortunately, Anderson said that didn’t amount to too much.

“The carpeting is saturated and we’ll have to pull up the carpet, but it doesn’t appear any of our collection or items were damaged. We did lose some book sale books,” she explained.

Crews were busy working to air out the building with fans and get up the dirty carpet as quickly as possible on Monday.

According to Anderson, they used to have backups from a storm drain which couldn’t handle big storm runoff near by. However, she said that problem was fixed back in 2019 and Sunday’s high water was from a new source which came as a surprise.

“We believe it’s probably storm runoff. We’re only a little place from where the interstate was closed. It must have gotten hit hard, but honestly we can’t pinpoint where the water came from, ” she said.