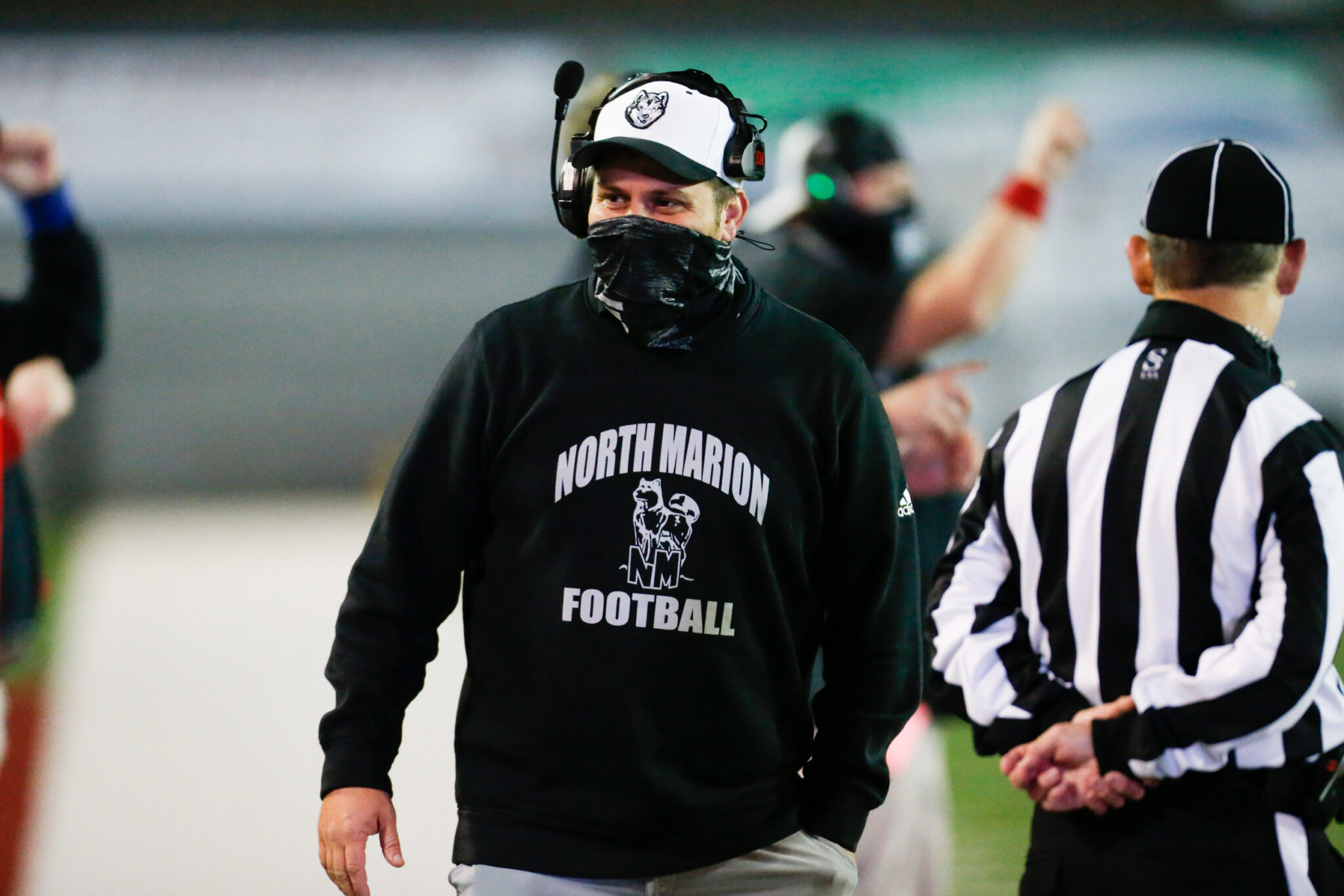 After a one-year hiatus for the first time since 1975, the North-South All-Star Football Classic returns Saturday. Kickoff is set for 1 p.m. at South Charleston’s Black Eagle Stadium.

Prior to the cancelation of last year’s game due to the pandemic, the South Cardinals were to be coached by Greenbrier East’s Ray Lee, while the North Bears were to be guided by North Marion’s Daran Hays.

Both Lee and Hays are filling the head coaching roles for those respective teams a year later.

“It was real unfortunate what happened last year,” Lee said. “I’ve always felt bad for those young men that didn’t get to participate in a once in a lifetime event for them. But to get selected to do it the next year and for me to get to select to some great young men again, it’s an honor and a blessing to get to do this and pick a roster twice.”

Hays didn’t have to think twice as to whether or not he would coach the North.

“I’ve always followed it,” Hays said. “It’s something I was nominated for as a player. I was an alternate and wasn’t able to play in it. But a good friend of mine (former Buckhannon-Upshur and Lewis County football coach) Eddie Vincent and I used to get together and come here and watch the game every year. It’s kind of a bucket list item.

“I’m only the third coach at North Marion and now I’m the third coach that’s been fortunate enough to coach in this game. It’s something I’ve always wanted to do. I didn’t think I’d get to do it quite this soon, but I really relish the opportunity.”

Players and coaches from both teams reported to West Virginia State on Sunday, where a week’s worth of preparation takes place.

In addition to both teams practicing twice daily, Game Director Bob Mullett and Assistant Director Mark Montgomery help organize a daily itinerary to include off-the-field bonding activities. There was a movie night Monday, bowling on Tuesday and a pool party will be held in Nitro later Wednesday.

“I told the guys when we had the introductory meeting, it’s really quiet in here and it’s the last time you’ll hear the sound of silence,” Hays said. “That’s been the case. Already, you’re seeing guys that were rivals in high school becoming friends and develop relationships.

“You’re also seeing some guys get a jumpstart on their new team whether it be a Concord, Glenville State or wherever. Those guys end up playing together in the college ranks and don’t go into the locker room as complete strangers, which is awesome.”

In addition to team bonding, coaches spend the week trying to develop successful game plans and figure out what best suits their roster.

“We came in with a keep it simple Suzy type attitude,” Lee said. “We don’t want to overcomplicate things. We want the guys to have fun and still have something effective and not predictable so we can go out, execute, play fast and have fun.”

Coaches are also able to get a look at trying players at different positions, though Hays says most of that sorts itself out without much involvement from the staff.

“Linemen this year were kind of challenging, so some of those guys that were typically in a defensive role are going to play a little more offense or vice versa,” Hays said. “But for the most part, most of these guys are playing somewhere they’re comfortable playing.

“A lot of offenses nowadays just put their most athletic kid at quarterback, so we’re asking them to play some defensive back, slot receiver or even outside receiver. But once they get here, they kind of sort it out themselves as they develop relationships with the coaching staffs and players.”

For high school teams whose seasons were cut short in 2020 due to the color-coded COVID-19 map, Saturday’s game can provide some closure to those seniors who were eliminated without suffering a loss on the field.

It will also mark the final football game for those players not going on to play college football.

“It gives the young men another chance to play their final game,” Lee said. “Some of them this may be their last game and for some it may be a final game that they didn’t get to play during the regular season or in the playoffs. It gives them another shot to get out and have some fun. To come down and build friendships with people they played against or didn’t know and these friendships you hope will last a lifetime for them.”

The South Cardinals sport a 40-23-3 all-time record in the series, although the North Bears have won four straight since enduring a six-game skid from 2010-2015.