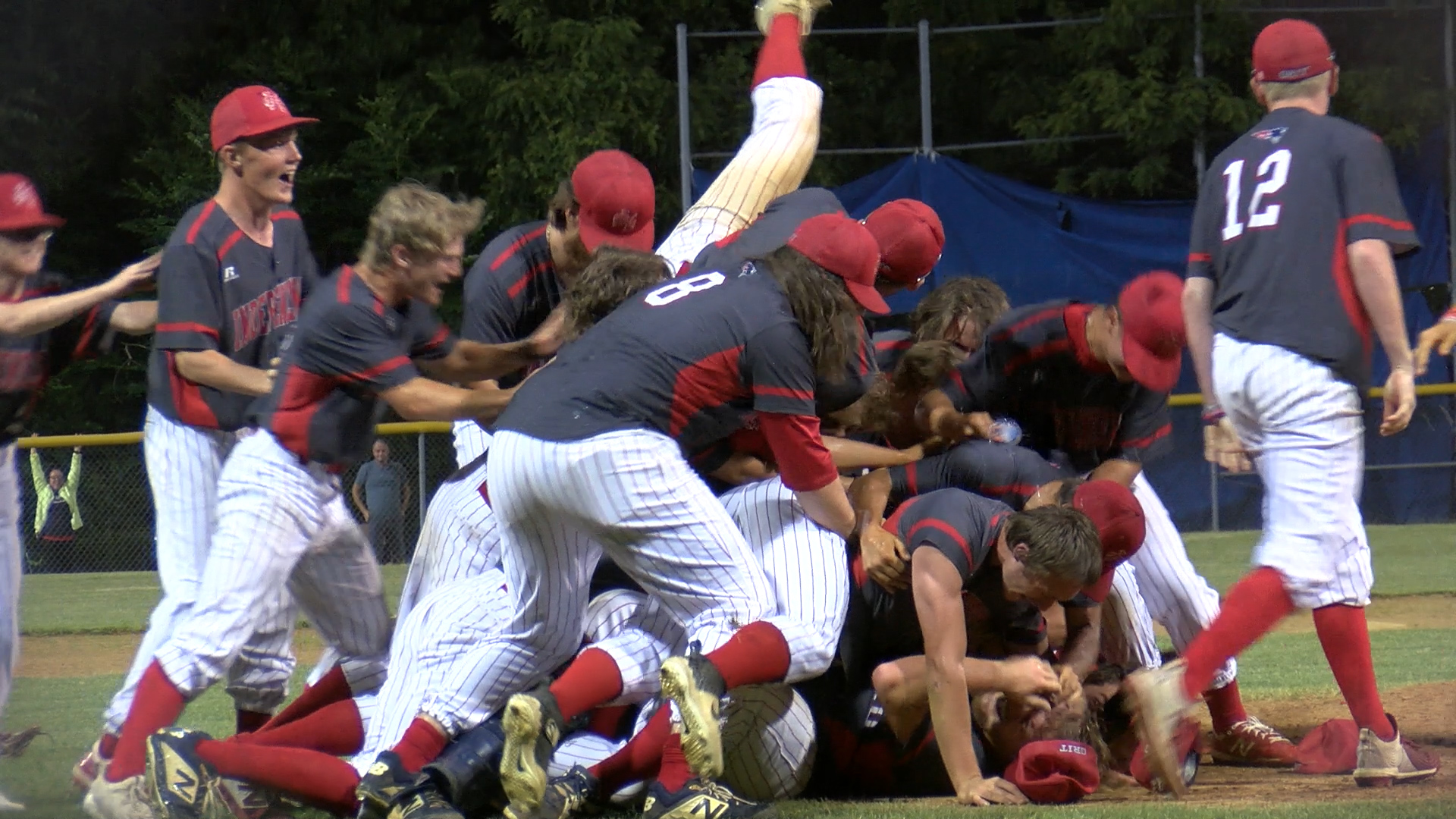 COAL CITY, W.Va. — A day after Bluefield blanked Independence 10-0, the Beavers put five runs on the scoreboard Thursday before Independence had a chance to step up to the plate. The Patriots however rallied back and stifled a seventh inning surge from the Beavers to claim the Class AA Region III title, 14-13.

With the win, the Patriots (23-4) have qualified for the state tournament for the first time in seven seasons.

Tanner Sipes came on in relief in the first inning for the Patriots and he pitched through the sixth inning. He allowed just two earned runs and struck out five batters.

“This year, that was probably Tanner’s best outing, coming into a tough, tough situation. We felt we needed to bring him in real early. He was fresh and I thought he did a heck of a job tonight,” said Independence head coach Scott Cuthbert.

While Sipes snuffed out the Bluefield bats in the first inning, the Patriots immediately answered with four runs in the bottom of the frame, trimming their deficit to 5-4.

“That’s all we asked them was to chip away. You could kind of tell early on it was going to be one of those marathon, back-and-forth type games.”

The Beavers (25-5) rebuilt a three-run lead in the third. However, the Patriots scored six unanswered runs, taking their first lead of the game at 9-8 in the fifth inning. Four insurance runs tallied by IHS in the sixth proved critical, as they built their lead to 14-9.

“In baseball, there is never a lead that is big enough. We told them to keep battling. I thought we played real hard tonight and never quit playing.”

Six of the first seven batters for Bluefield in the seventh reached based and the Beavers scored four runs. However, Hunter Schoolcraft induced a grounder to third to end the game, leaving the bases loaded.

Carson Deeb led the Beavers at the plate. He went 3-for-5 with five RBI.

Independence has earned the No. 1 seed in the Class AA bracket. They will face No. 4 seed North Marion (19-8) on June 25 at 10 a.m. in the opening semifinal. Logan will face Herbert Hoover in the second semifinal.

“It is a special group. These guys have worked real hard throughout the offseason, dealing with COVID and everything. It is big for them. I am so glad they get the opportunity to go especially after missing last season. They put the time and effort in so it is good to see them make that next step.”