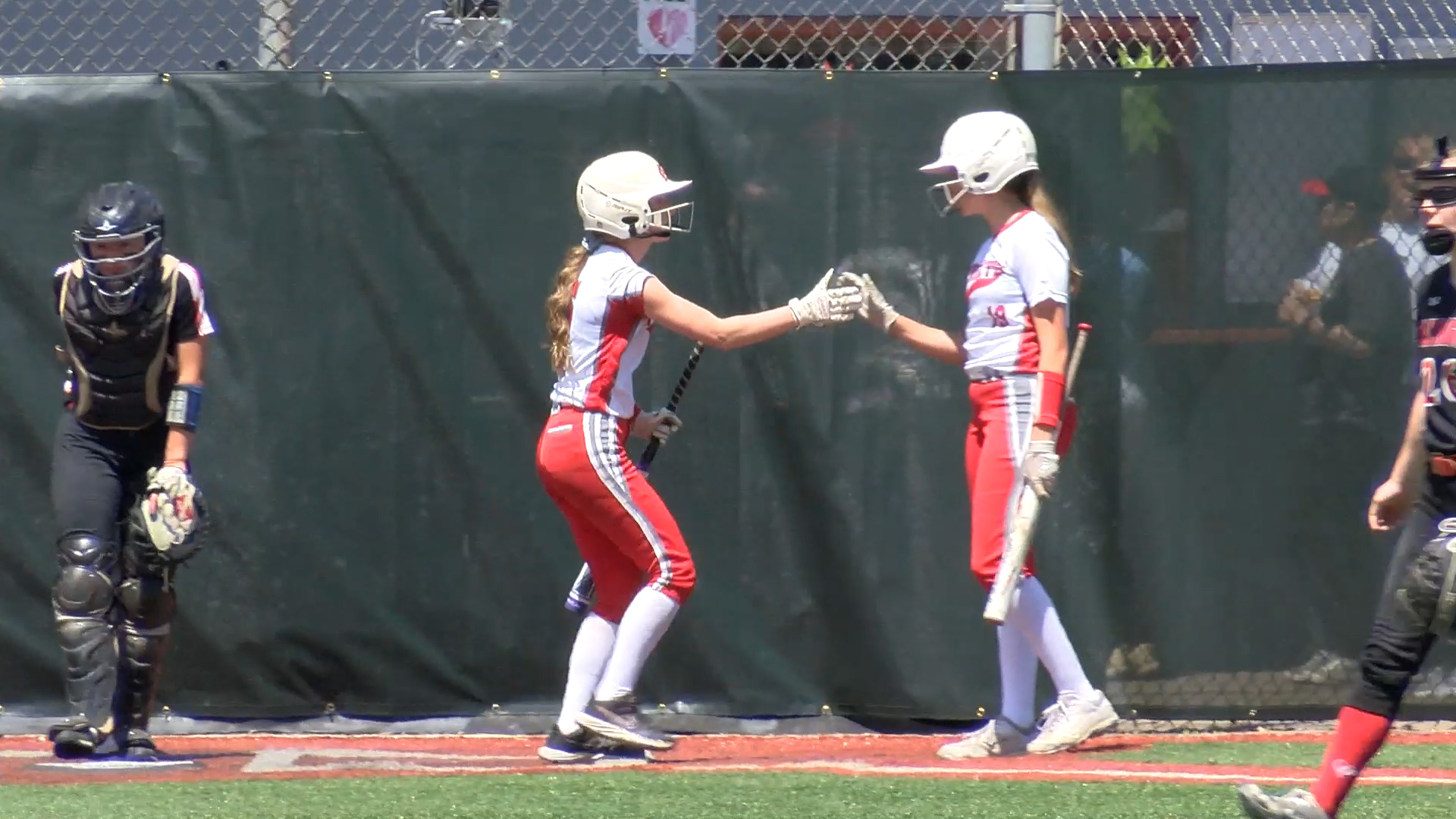 MORGANTOWN, W.Va. –The WVSSAC state softball tournament will begin play at their new South Charleston home Tuesday morning. Little Creek Park will host the double-elimination event. The Class AAA and Class AA games will be played on two fields at ‘The Rock’ while the Class A games will be played at Craft Field. Play is scheduled to begin Tuesday at 9:30 a.m. and the championship rounds are slated to open Wednesday at 2 p.m.

St. Albans bounced back from their only defeat of the season in the regional opener at Greenbrier East. The Red Dragons defeated the Spartans 9-0 and 8-2 in elimination games. SAHS won their first 28 games of the season and claimed the Mountain State Athletic Conference Championship on May 15 with a win over fellow regional champion Cabell Midland.

The Washington Patriots defended their Region II championship with four solid postseason victories. WHS swept sectional meetings with Jefferson (outscoring the Cougars 15-0) and regional meetings with Hedgesville (outscoring the Eagles 20-2). Brittany Cenate is the leading hitter for the Patriots (.484). She has also stolen 25 bases. Cam Noland leads the team in RBI (35) and triples (6). Maddy Ruffner is 16-1 in 19 appearances in the circle with an ERA of 0.59.

Like their MSAC rivals from St. Albans, Cabell Midland won back-to-back elimination games in the regionals to qualify for the state tournament. The Knights defeated Ripley 5-0 and 13-9 after dropping the opener 4-1. Marshall commit Rielly Lucas leads Midland in batting average (.520), home runs (13), doubles (11) and RBI (39). Quinn Ballengee and Jess Terry each own nine wins in the circle.

Oak Glen bounced back from a regional-opening 4-3 loss at Keyser to win two in a row over the Golden Tornado in the Region I series. The Golden Bears have allowed just 1.57 runs per game. Toledo commit Maddie McKay is Oak Glen’s top pitcher and hitter at the No. 3 spot in the lineup. The Bears have scored 10 runs or more in 11 of their 29 games.

Independence is 5-1 in the postseason. The Patriots worked around a game two loss to Wyoming East in the regional round. Kaylen Parks leads Independence in batting average (.628), home runs (12) and RBI (50). The Patriots have stolen 127 bases in 36 games. Eight of their fourteen losses have come against Class AAA opponents or teams that qualified for the state tournament.

Herbert Hoover has claimed the last three Class AA state championships, dating back to the 2017 season. Despite allowing a season-high nine runs against Lincoln, the Huskies swept their regional series from the Cougars after outscoring three sectional opponents 41-0. Cortney Fizer is batting .535 to lead the Huskies. Junior Grayson Buckner leads the team with 38 RBI and she owns a 1.86 ERA in 16 appearances.

Sissonville has handed Herbert Hoover two of their three losses in 2021. The Indians defeated the Huskies 2-1 on May 12 and 3-2 six days later. SHS has gone 16-2 after a 3-2 start in the first two weeks of the season. Emma Meade is the Indians’ leading hitter with a .420 batting average. Nine Indians have at least ten RBI. Madison Legg has posted a 1.41 ERA, making all 23 starts.

Ritchie County is back at the state tournament for the first time in six seasons. The Rebels head to South Charleston with nine wins in their last ten games and they are 5-0 in postseason play. Three of their five losses have come to Wahama, the last of those came in the Little Kanawha Conference title game.

Seton Hill signee Chloe Elliott owns a 1.12 ERA in 24 appearances for the Rebels. She also leads Ritchie with a .493 batting average. Olivia Dodd leads Ritchie in RBI (26) and doubles (15).

Petersburg was the Class AA runner-up in 2019, falling to Herbert Hoover in the championship round. The Vikings have won 17 of their last 18 games heading into the state tournament. Two of their losses came against Class AAA Region II champion Washington.

Wahama is the only unbeaten softball team remaining in West Virginia. The White Falcons have allowed just 26 runs in 24 games and they are averaging 8.6 runs per contest. Wahama advanced to the state tournament with an 11-4, 10-inning win at Man on Wednesday. Sophomore Mikie Lieving has collected 218 strikeouts and she is batting .608.