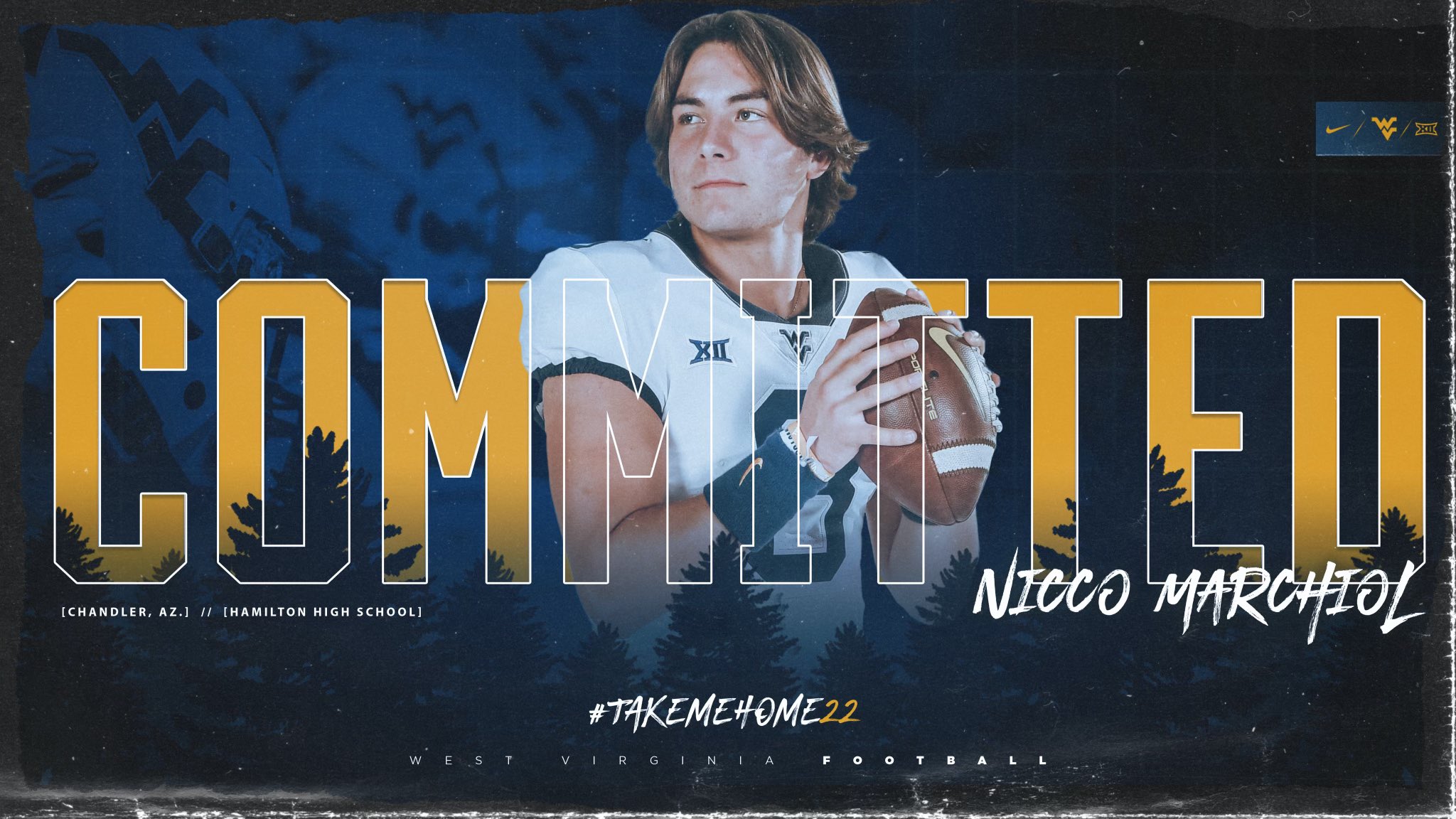 MORGANTOWN, W.Va. — West Virginia has secured a verbal commitment from quarterback Nicco Marchiol for the Class of 2022. Marchiol played for Hamilton High School in Chandler, Arizona this past fall and recently earned a 4-star grade from Scout. He is also listed 239th on the ESPN 300 national list.

Marchiol led Hamilton High School to an 8-2 season this past fall. Playing in eight games, Marchiol passed for 1,417 yards (177 per game) and 11 touchdowns. He also rushed the ball 73 times for 535 yards and 6 more scores. Marchiol is the eighth player to publicly announce his commitment to join WVU in the recruiting Class of 2022.