Clay Elkins, Jay Grosclose, and Dave Bostic had a vision and wanted to be part of the rebirth of White Sulphur Springs. They bought a block of flooded property on Main Street and went to work.

Located along Main Street in White Sulphur Springs, the Big Draft Brewing will soon be a big feature of the city's tourist draw 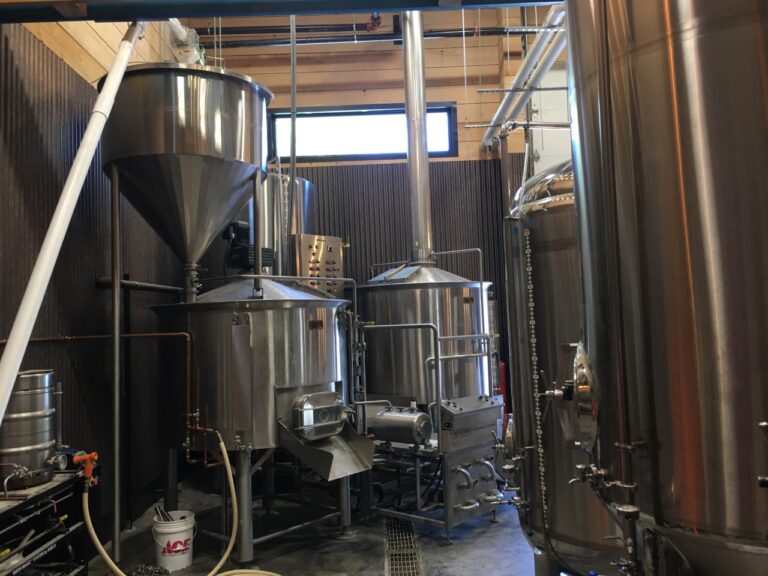 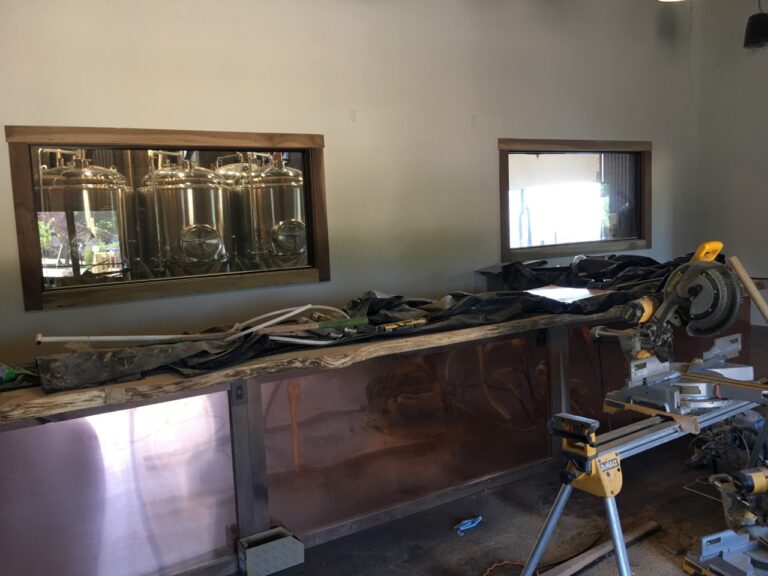 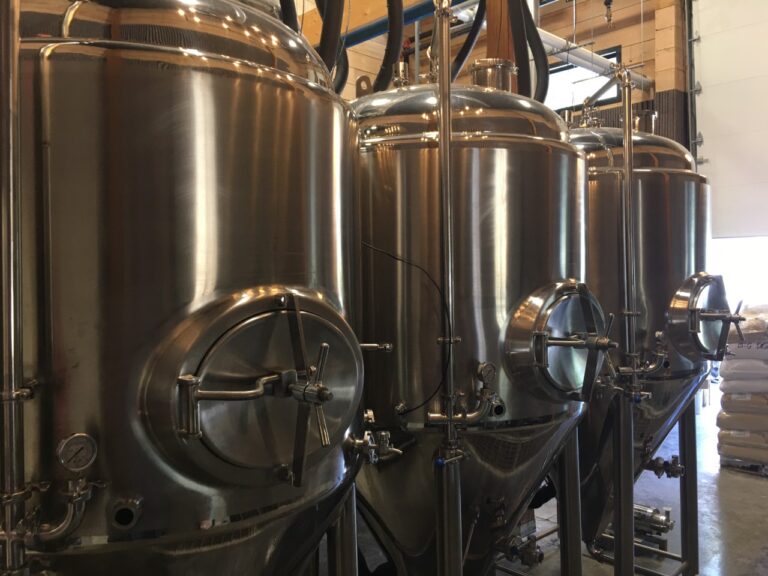 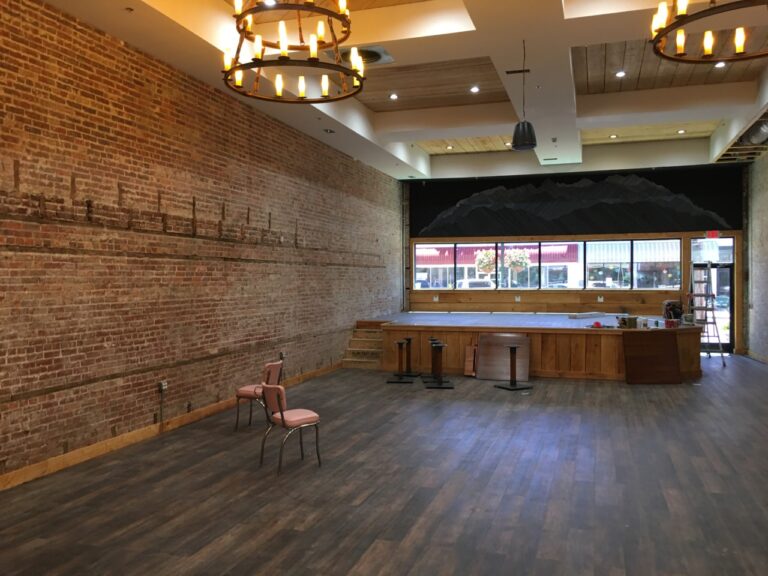 The Big Draft Brewing company will feature one of the largest performance stages between Richmond and Charleston to attract live entertainment to the area. 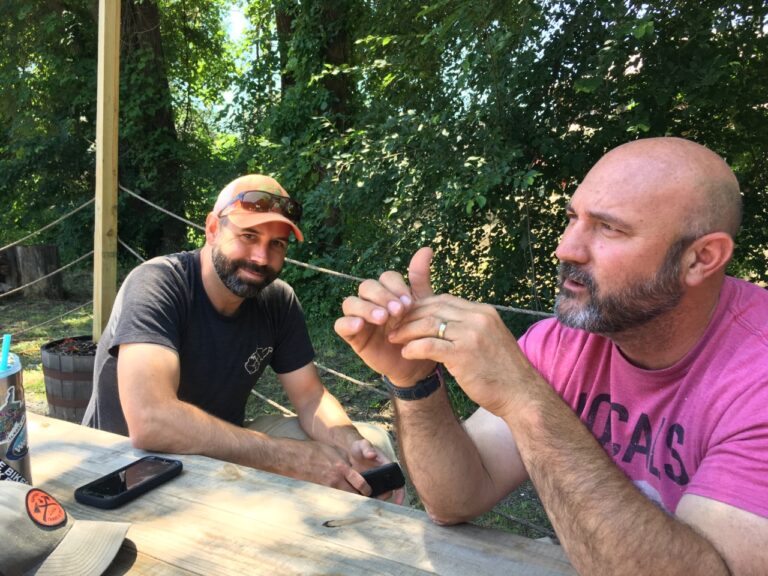 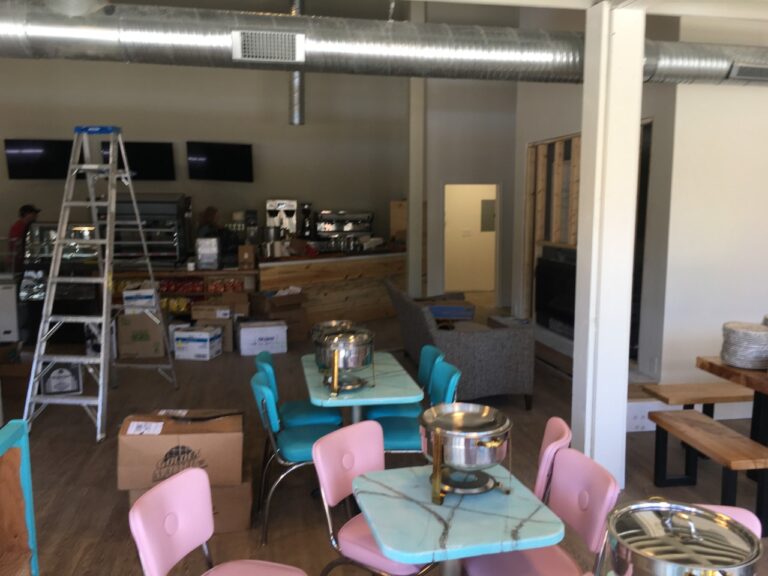 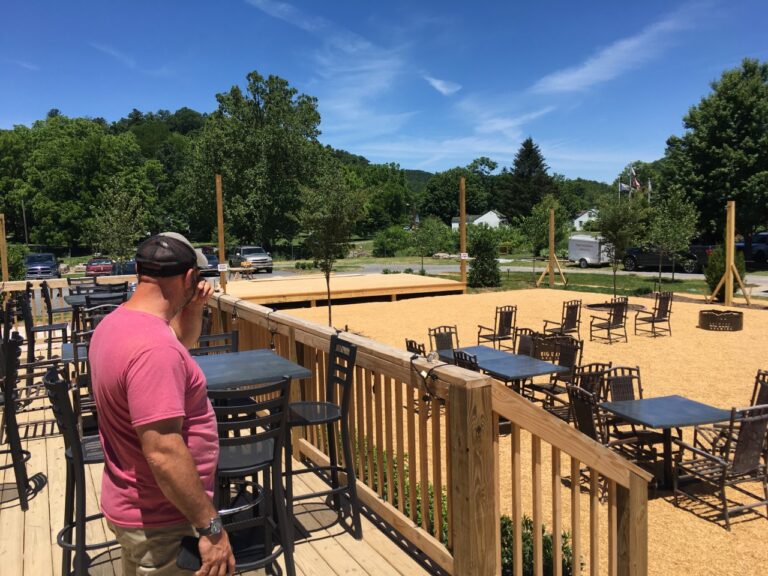 Dave Bostic looks over one of three stages--two of them outdoors--to welcome entertainers to the area to perform for patrons at the Big Draft brewery. Destination tourism was the goal of the group's plans for revitalization of White Sulphur Springs.

WHITE SULPHUR SPRINGS, W.Va. — With sawdust on their pants, business partners Dave Bostic, Clay Elkins, and Jay Groseclose sat down at a picnic table in the dining area of their Road Hogs Barbecue joint in downtown White Sulphur Springs. The trio took a break from carpentry work to talk about the next phase of their vision for a new business venture in downtown White Sulphur Springs.  Their property sits at the confluence of Howards Creek and Dry Creek in the middle of downtown..

“Main Street was flooded and all the way down Route 60 it was flooded. You’ve seen the news feeds of houses floating down the river on fire. But we were lucky it happened during the day or it would have been much worse,” said Bostic.

Five years ago this week, the area where we now had a conversation over barbecue and sweet iced tea had water six feet over our heads. All of the downtown was wiped out by the high water from a torrential rain. It was one of the worst natural disasters in West Virginia history.

“Water was everywhere, all the way through town. It changed the flood planes and the flood zones and it was devastating,” Bostic said.

At the time, Bostic and his business partners did not own any downtown property. However, in the wake of the disaster they decided to become part of the solution. The three pooled resources, bought an entire city block, and began to build.

“You have to see a vision. You have to look past the walls and especially when the building is down to just gravel on the floor. You have to have a vision for how its going to look,” said Elkins.

“We bought these buildings after the floods. We bought it to initiate the revitalization of downtown White Sulphur Springs,” Bostic said.

The plans started out in 2017 with procurement and design. By 2019 they had reopened what was formerly called Bones Diner; It’s now Road Hogs BBQ with a pink pig named Petunia out front, a back porch with open air dining, a picnic table dining area and a mini stage for live music. The trio agreed they wanted to keep the historic look of the old diner, and refurbished the front façade. However, once you walk through the front door–it’s an entirely new place.

Listen to “Chris Lawrence — White Sulphur Springs Downtown Recovery” on Spreaker.According to Bostic Road Hogs was phase one because it was the quickest to complete. Phase two will open up 4th of July weekend. What was once a hardware store has been repurposed into a craft brewery, pub, coffee house, and live music venue. Big Draft Brewing is slated for a grand opening during the upcoming Independence Day activities.

“We wanted to create destination entertainment. We wanted to create somewhere you can go for a fun, safe experience, great food, local music and enjoy the outdoors. It’s funny when we started Road Hogs there were a lot of naysayers who didn’t think what has happened could or would have happened,” Bostic said.

But, it is happening. Other restaurants and shops down the block are cleaned up and shining again. There’s a new restaurant on the other end of the block.  An old school is undergoing a conversion into a boutique hotel. Bostic credited the people within the community and city leaders for having the right vision and making it possible for private businesses to bring those visions to life.

“I like to say we threw the pebble in the pond with development. As soon as we started, the whole town was purchased and the whole town got involved. People came in and believed in this town and what it could become and they’ve really made it happen,” he said.