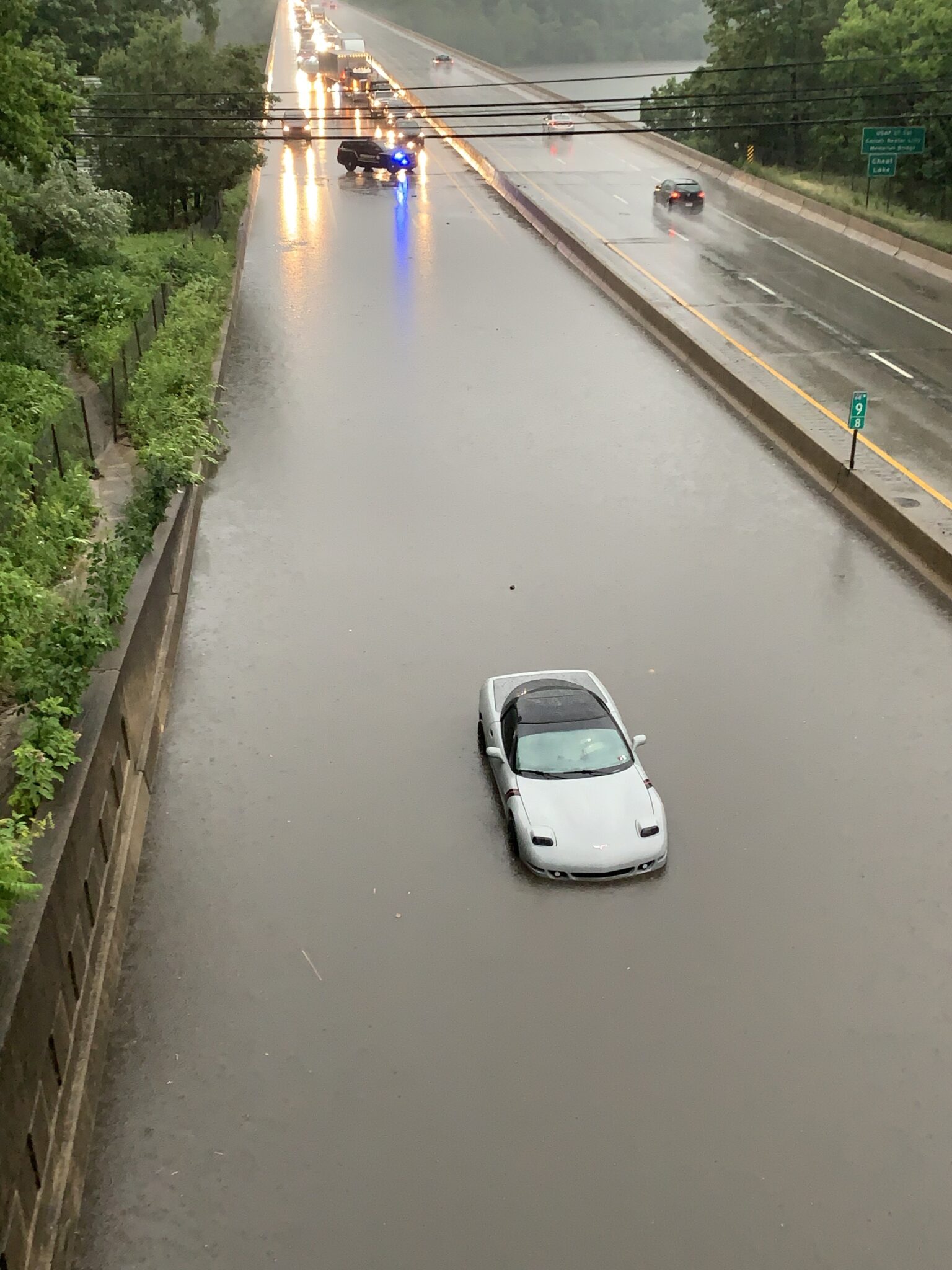 High water covered parts of I-68 near Cheat Lake Monday.

It appears the northern part of the state pick up the most rain.

There’s highway damage in Marshall County where more than 1,300 customers were without electrical service Tuesday morning. Some of the highway damage was reported along U.S. Route 250 in Cameron.

The heavy rain was too much for highway storms to keep up along Interstate 68 just east of Morgantown. Part of the interstate was flooded near Cheat Lake for a period of time.

Southern counties had rain but not much flooding was reporting. The most widespread power outages were reported in Roane and Wayne counties.

Meteorologists with the National Weather Service said Tuesday woudl be the start of a few calm days in West Virginia with afternoon temperatures in the 70s and night time lows in the 50s and upper 40s in some areas. The next best chance for rain is Saturday.