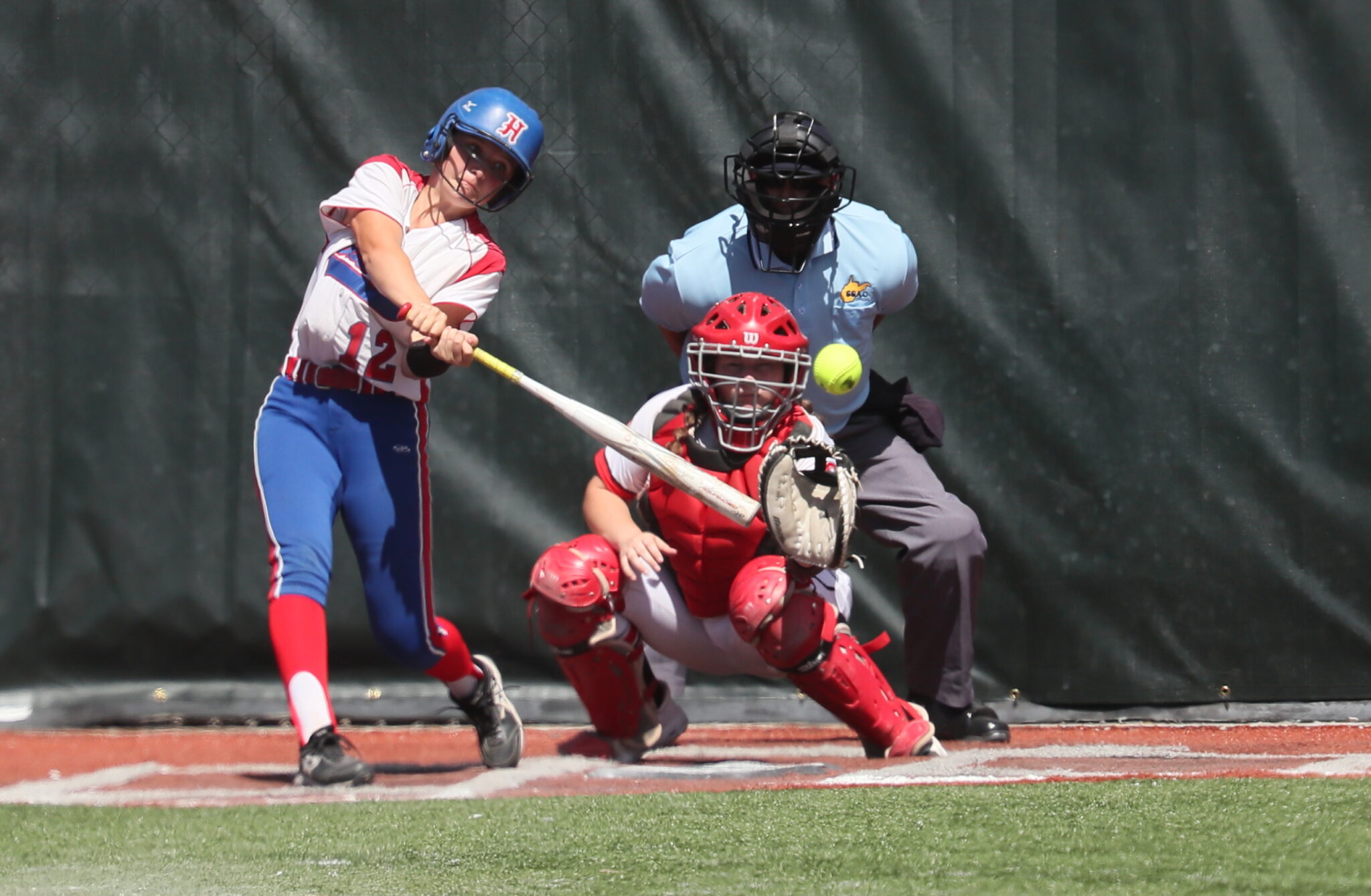 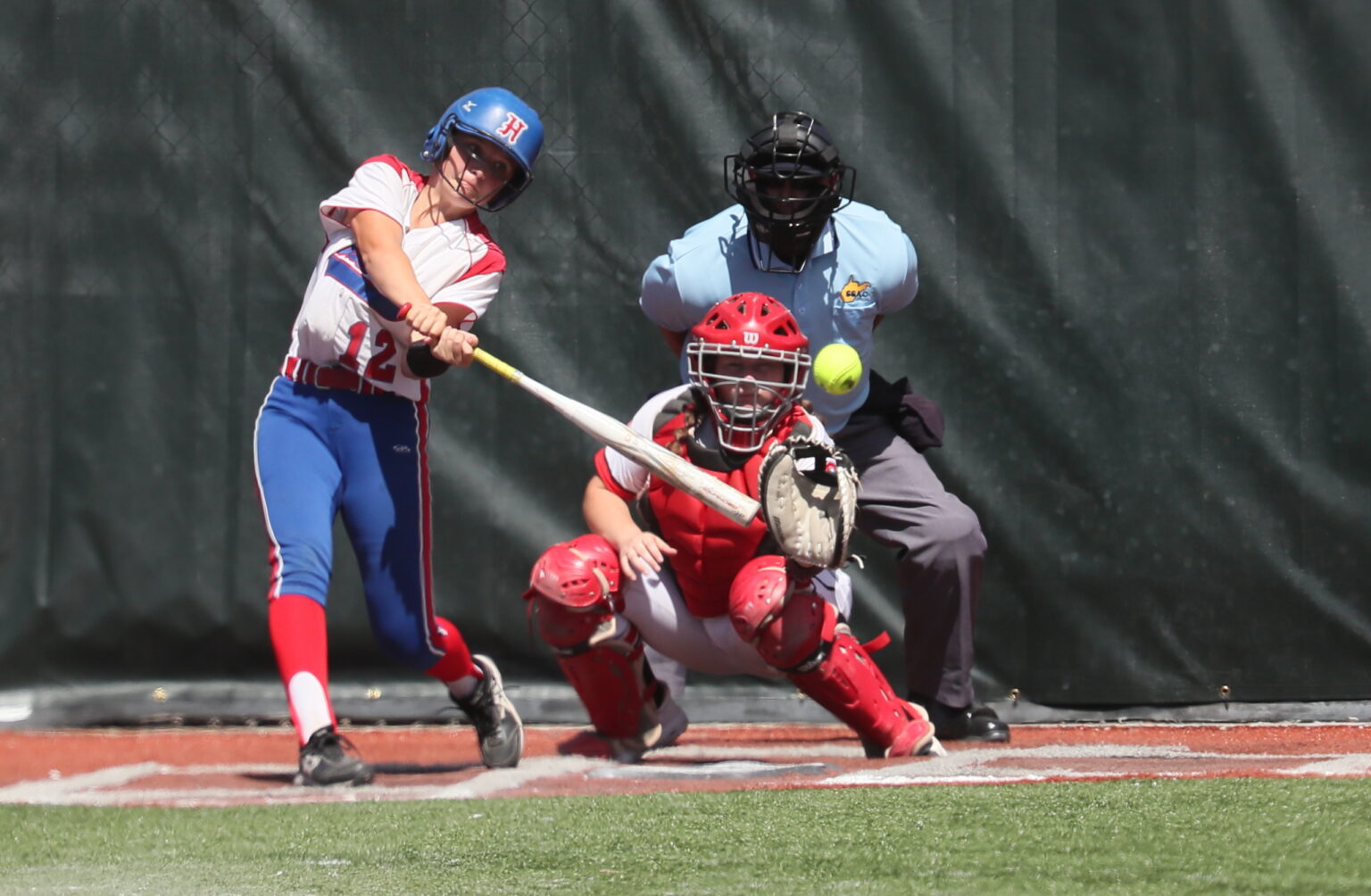 Herbert Hoover's Brooklyn Huffman connects for one of her two hits in the Huskies' win over Sissonville. Huffman drove in three runs in the 10-0 win. Photo by Eddie Ferrari 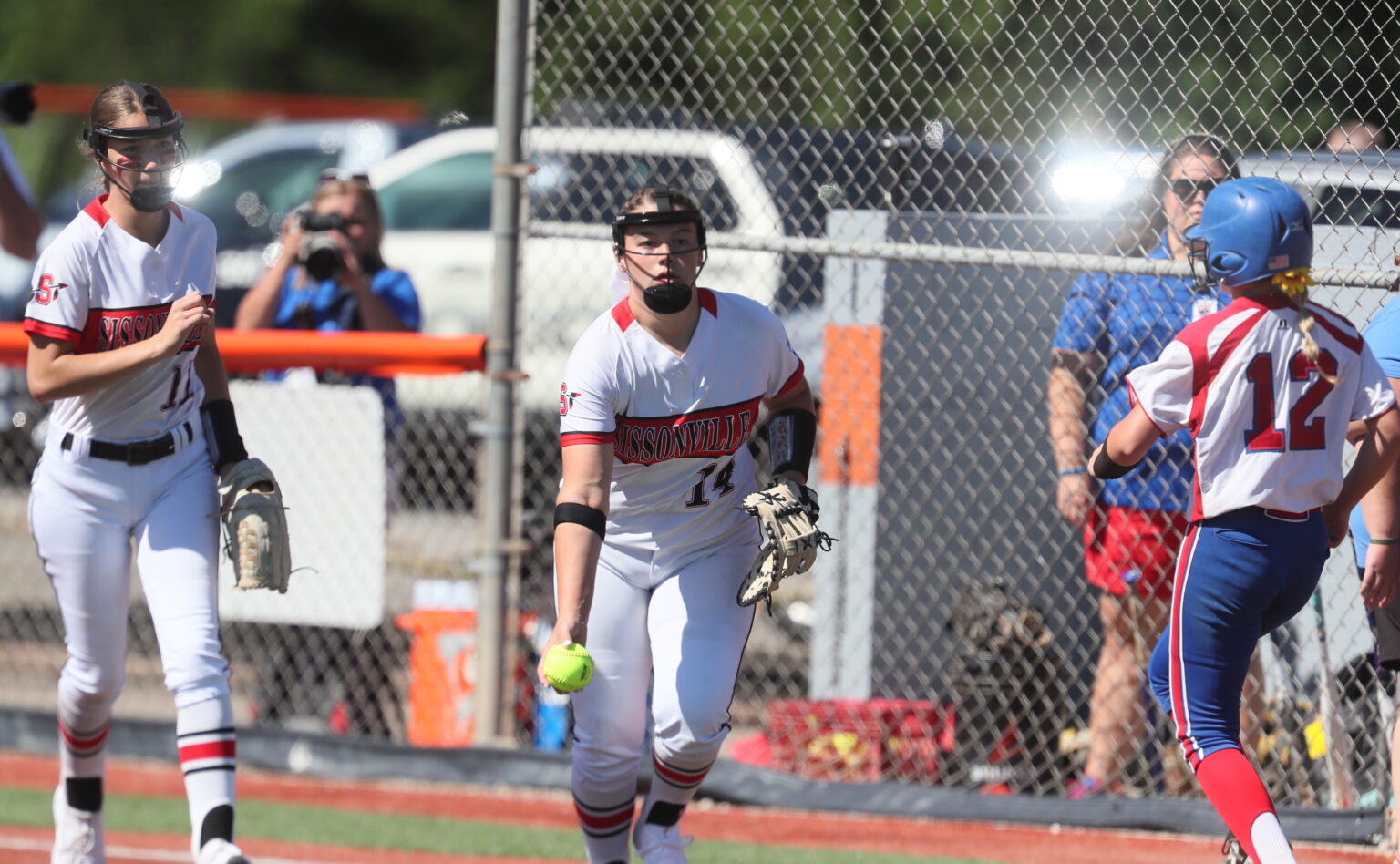 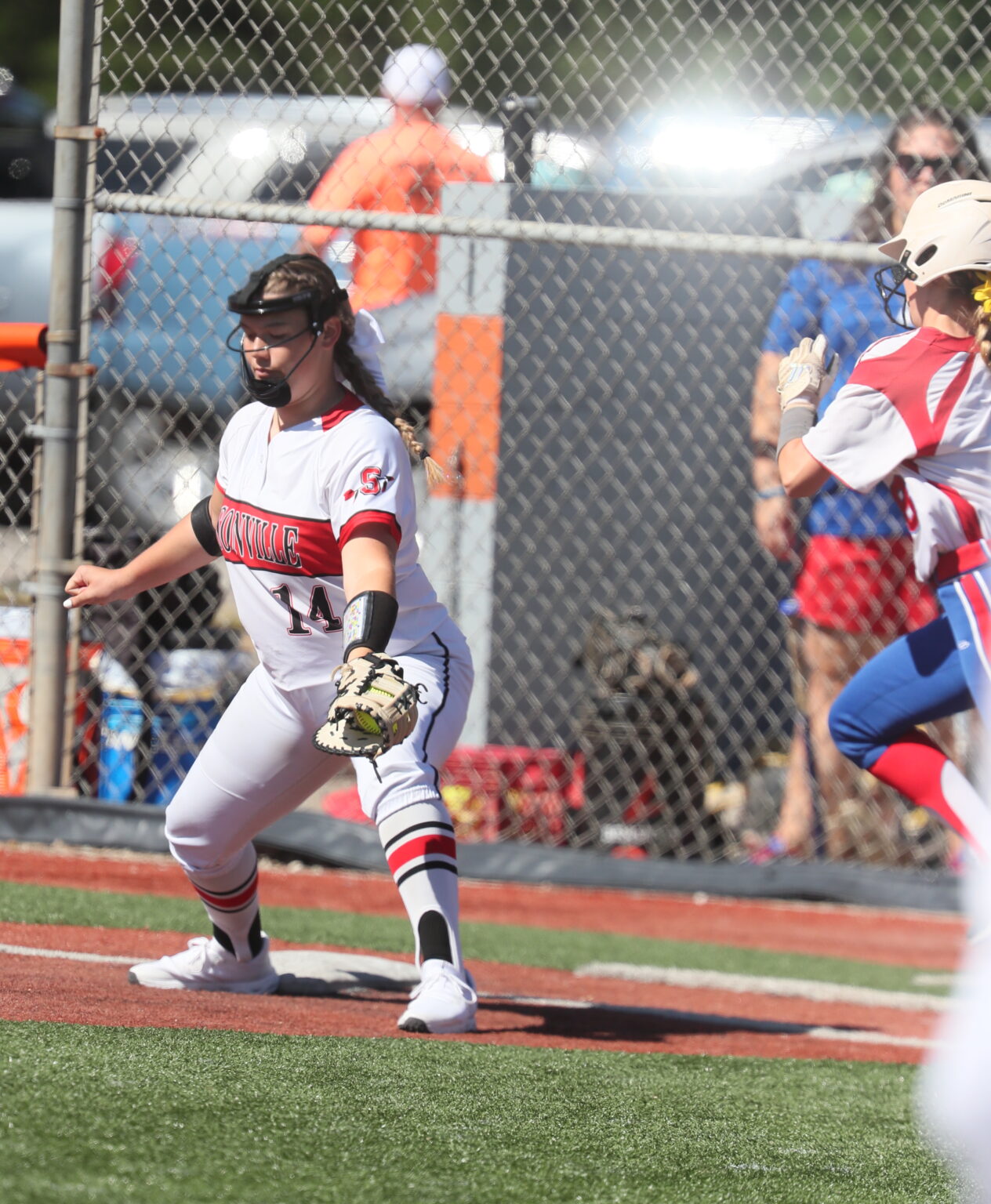 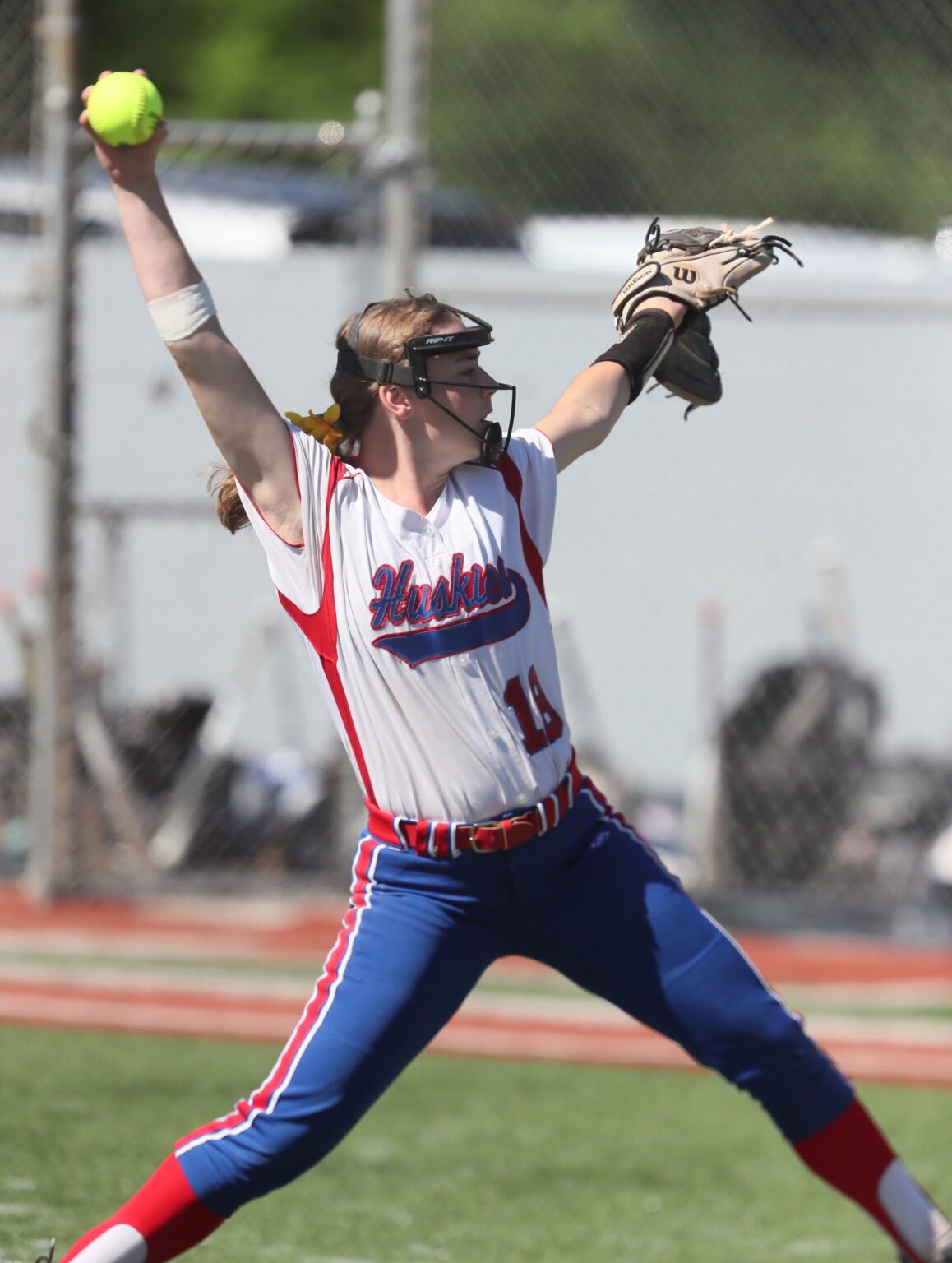 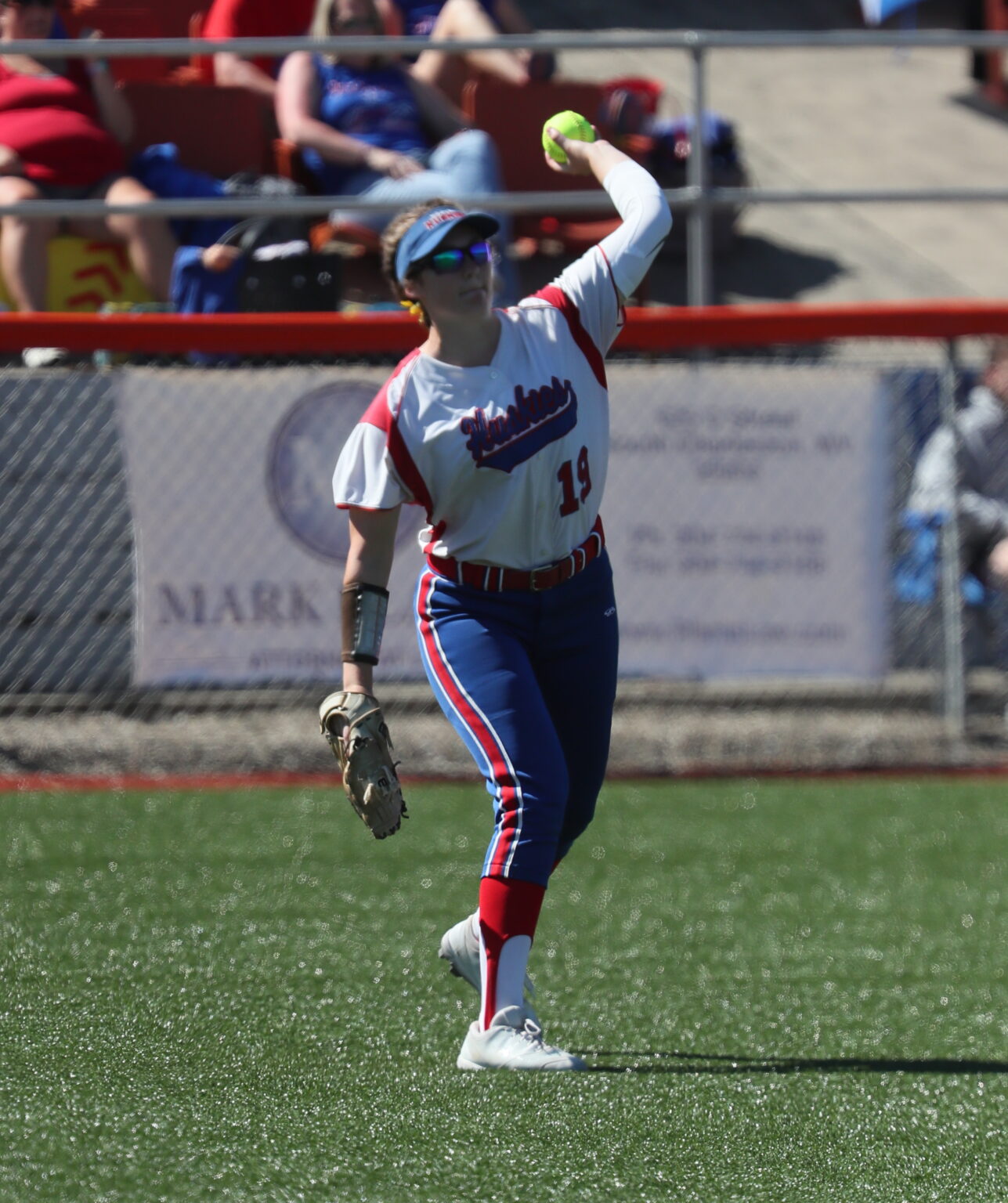 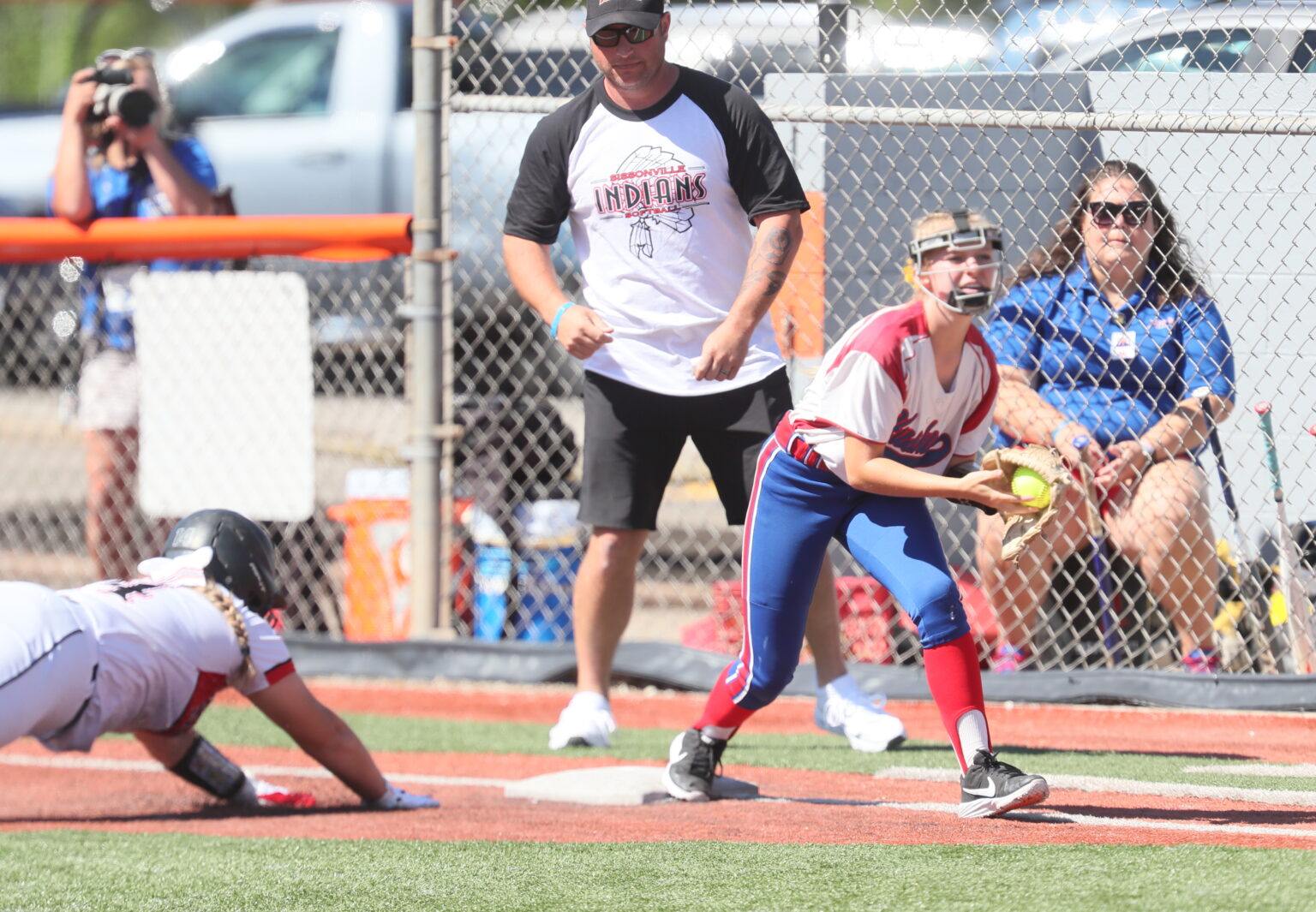 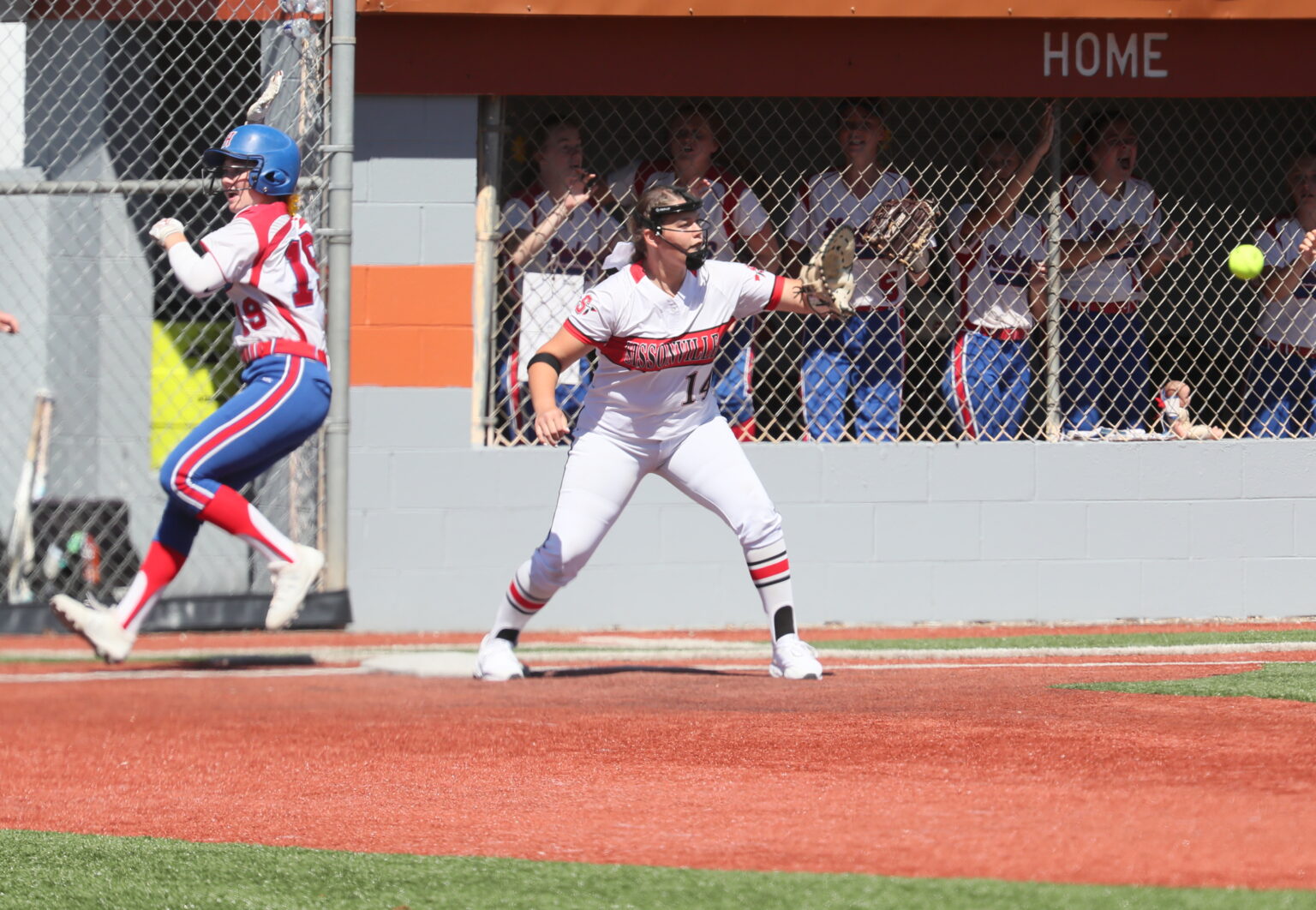 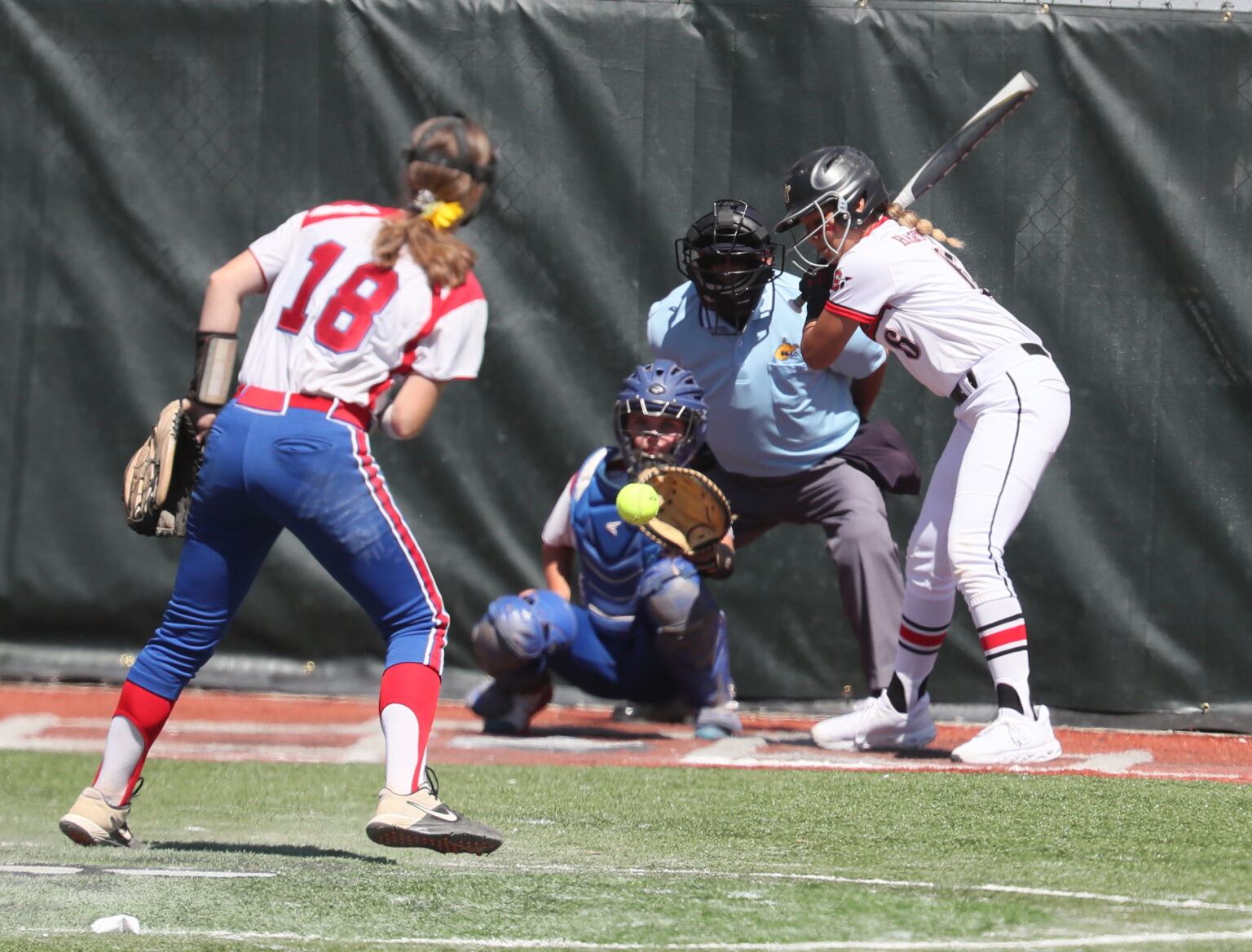 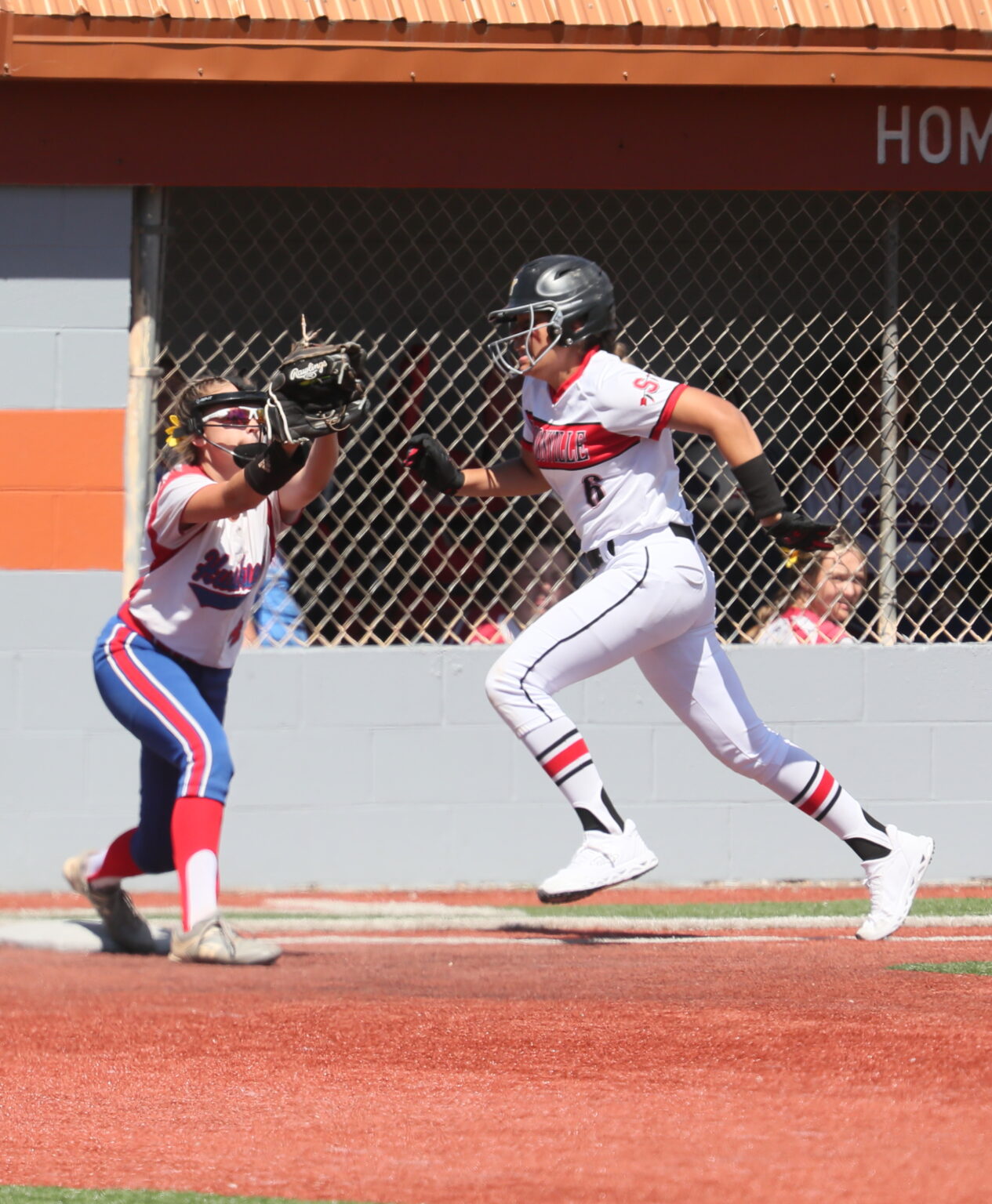 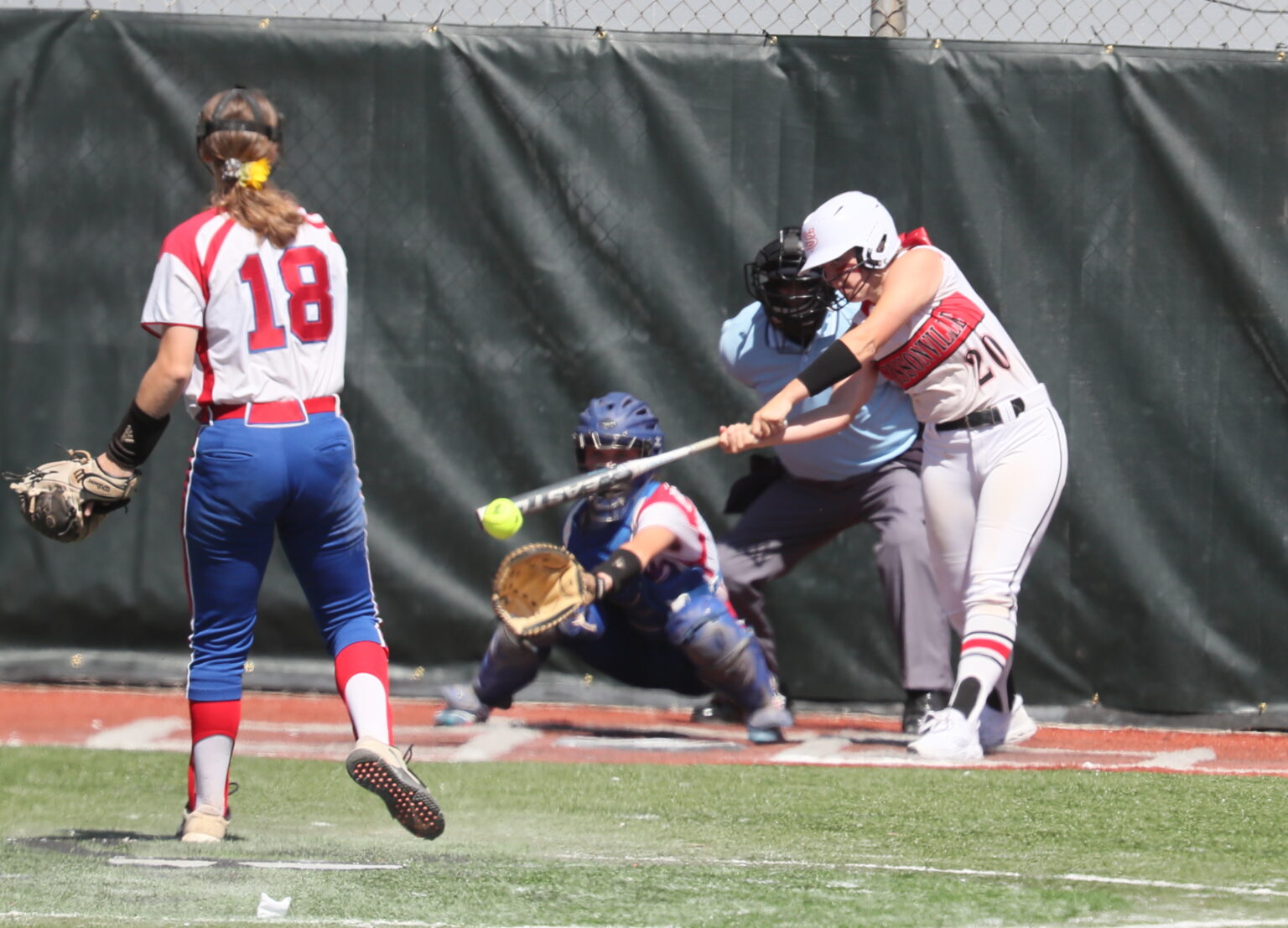 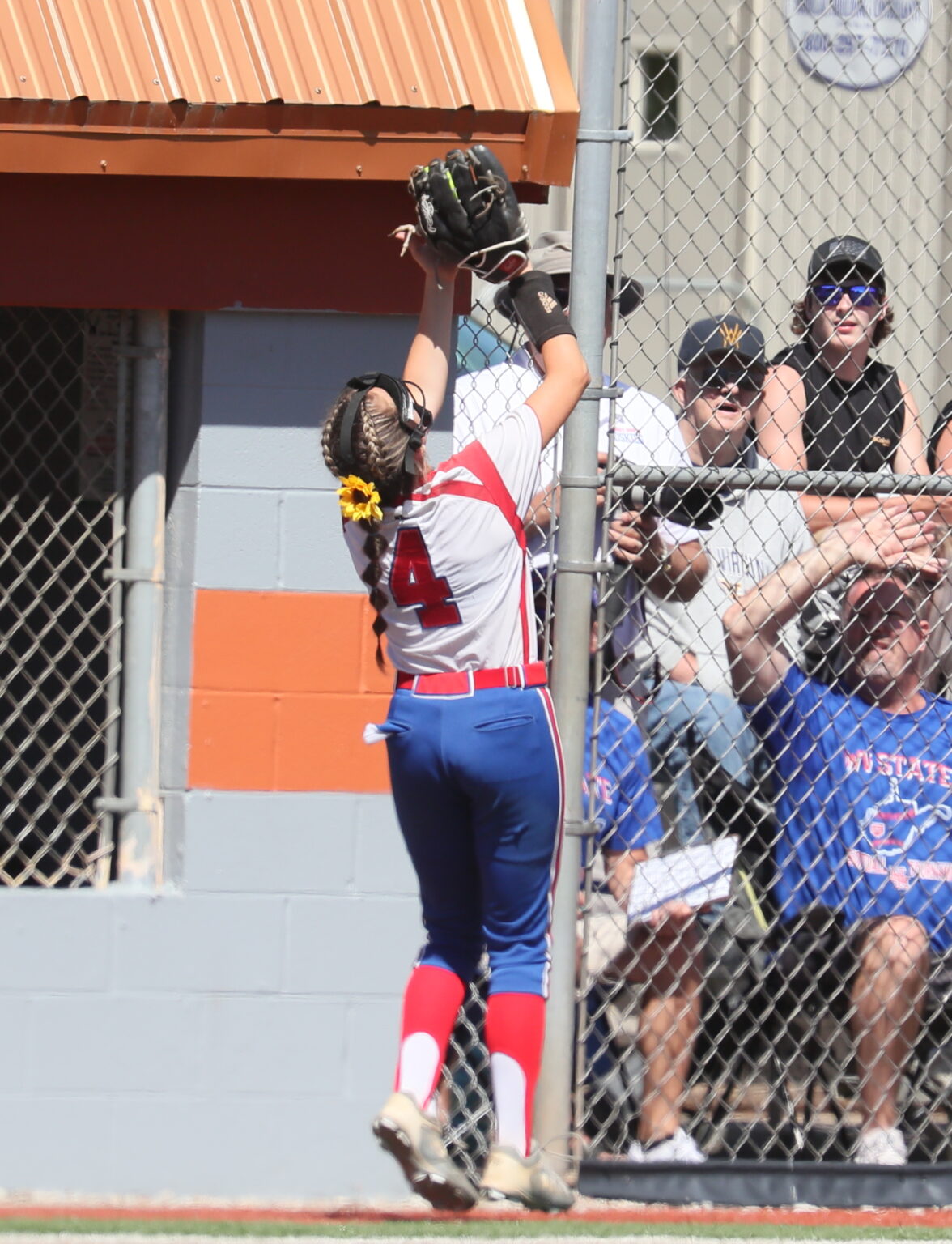 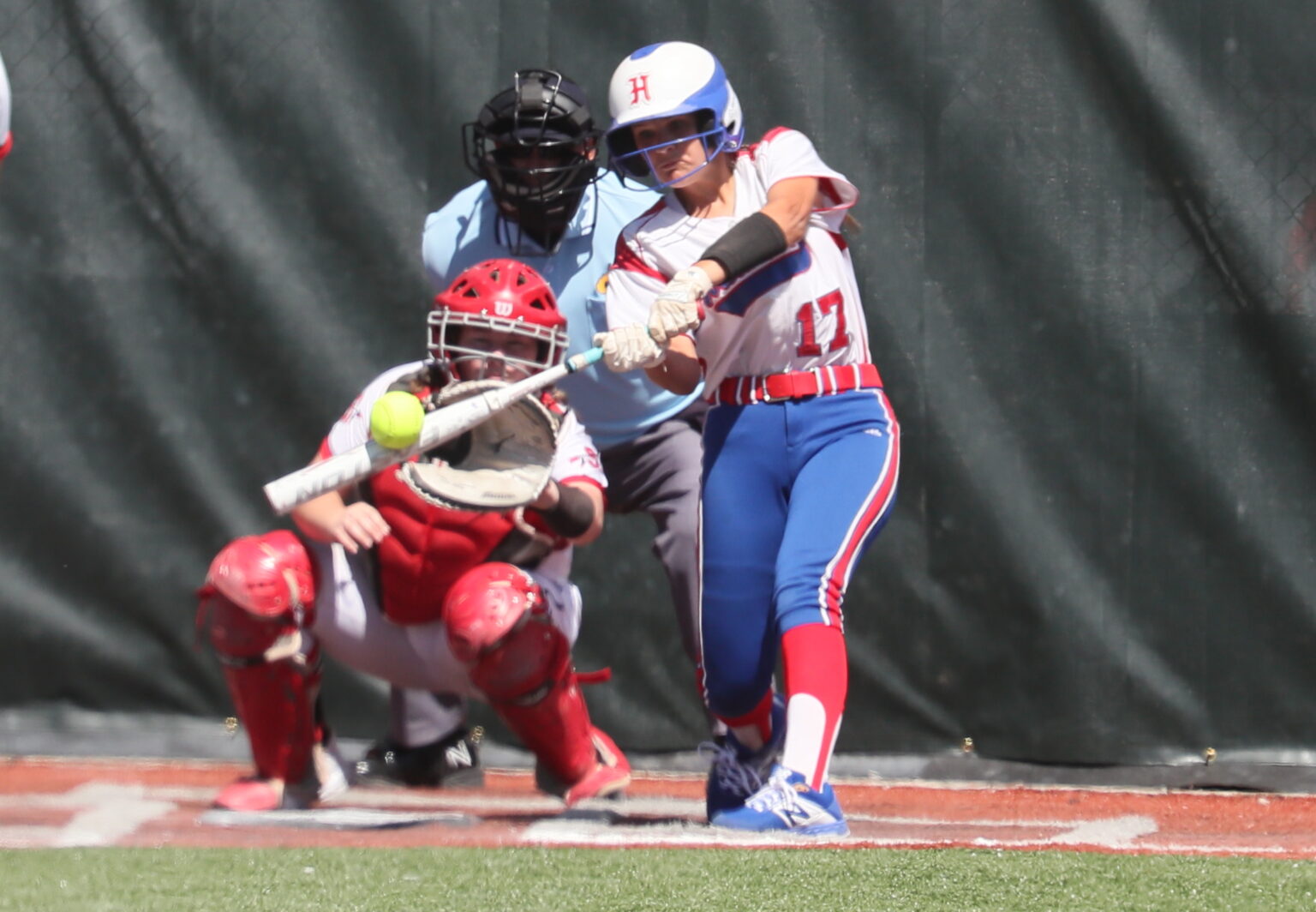 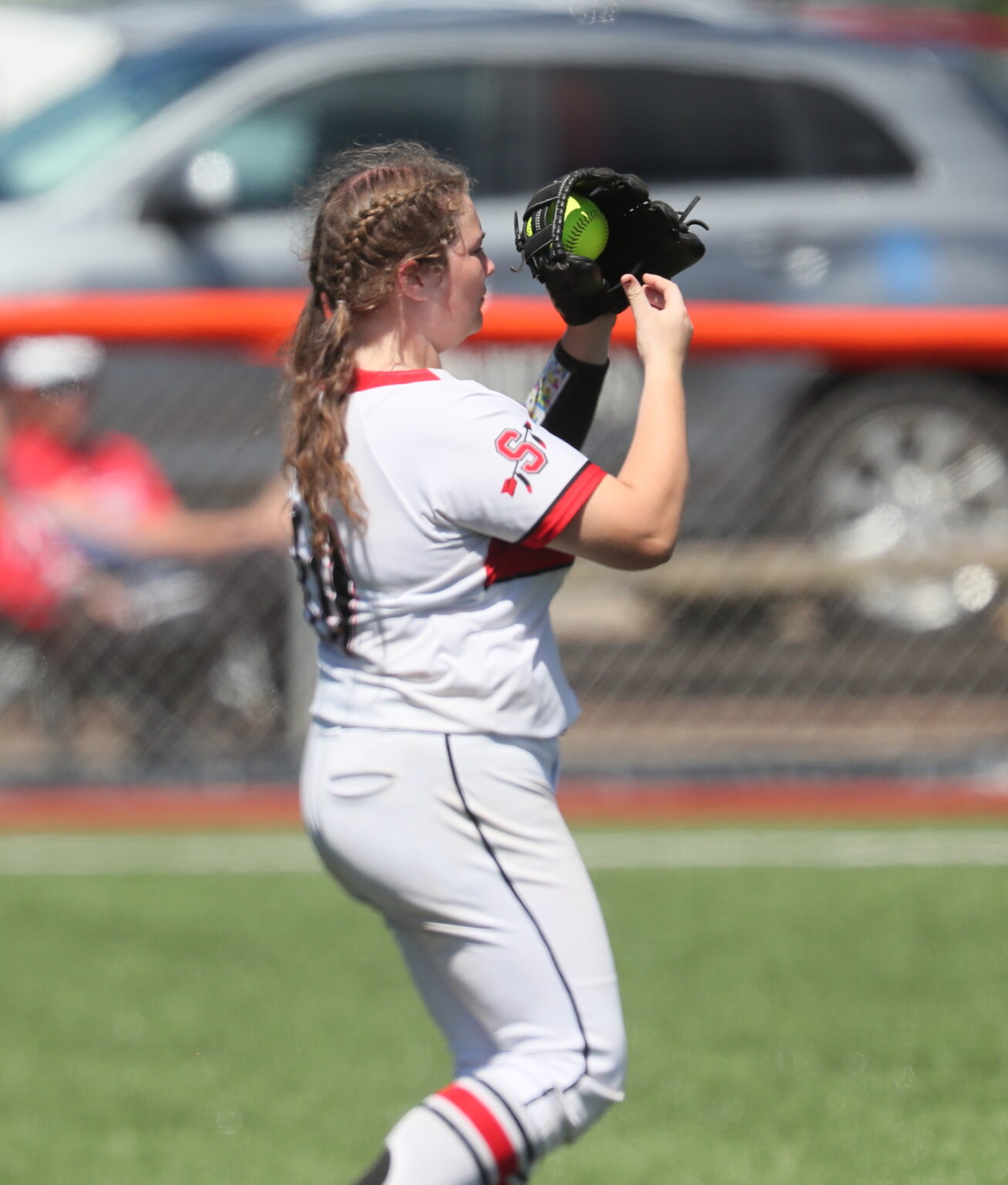 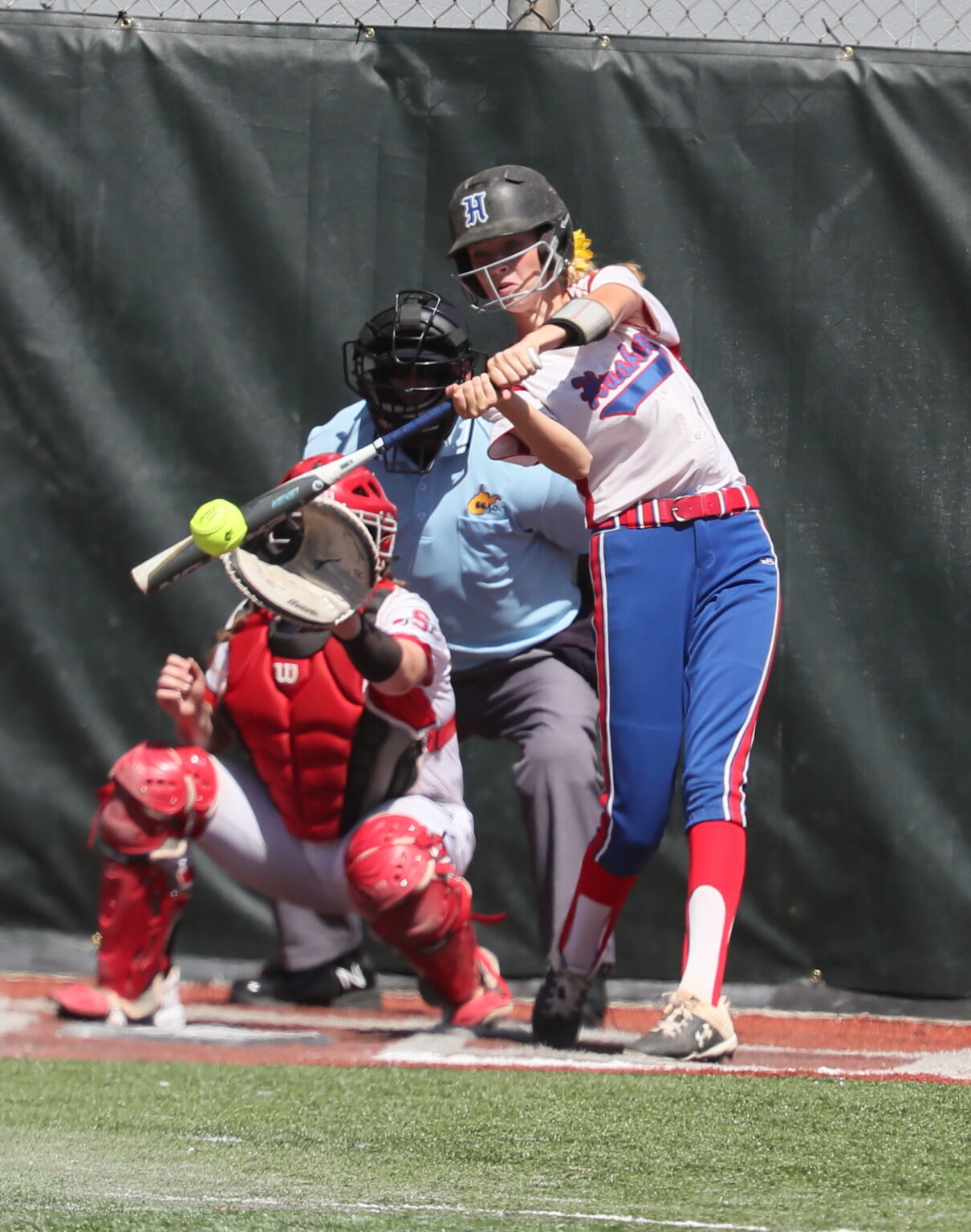 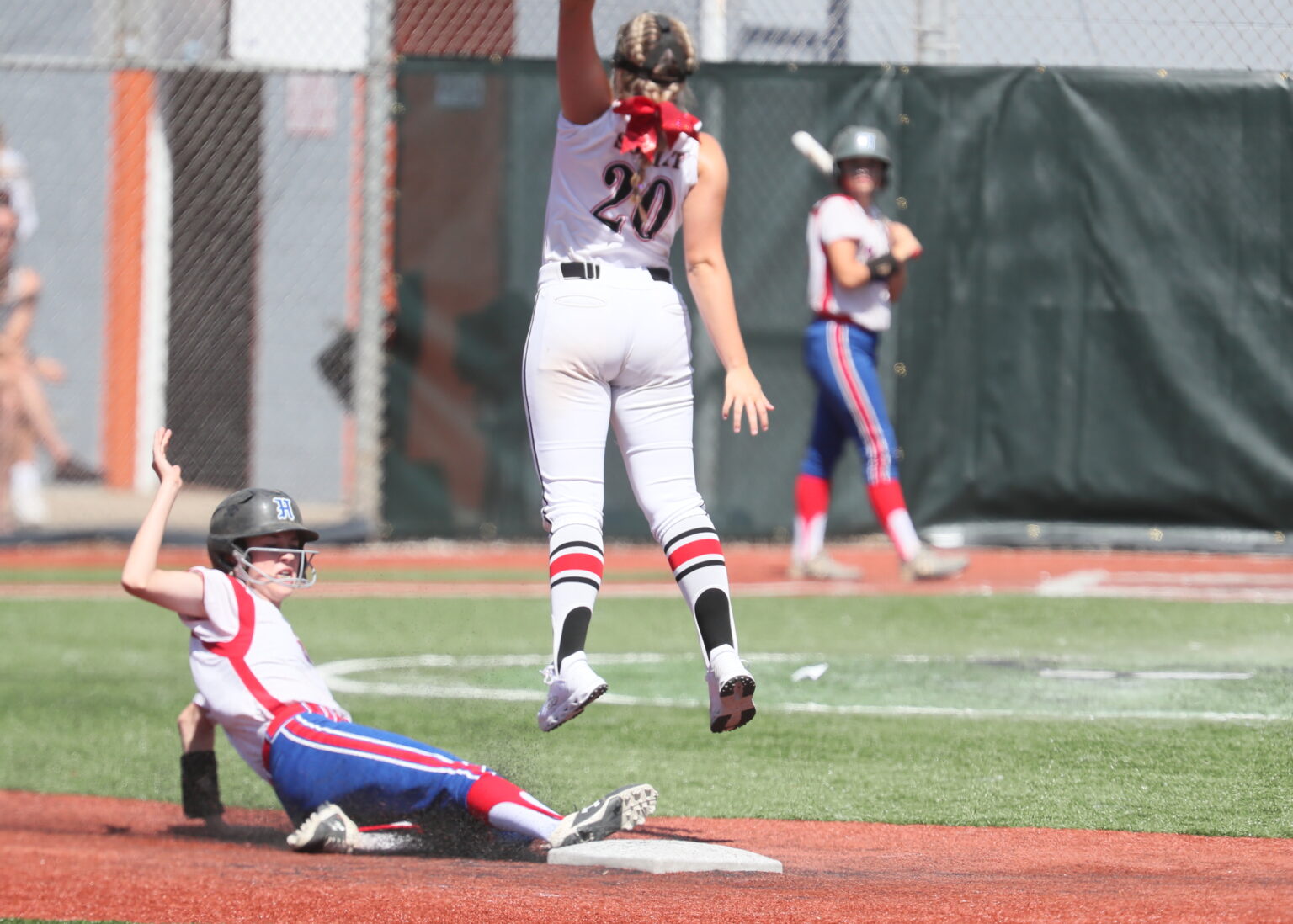 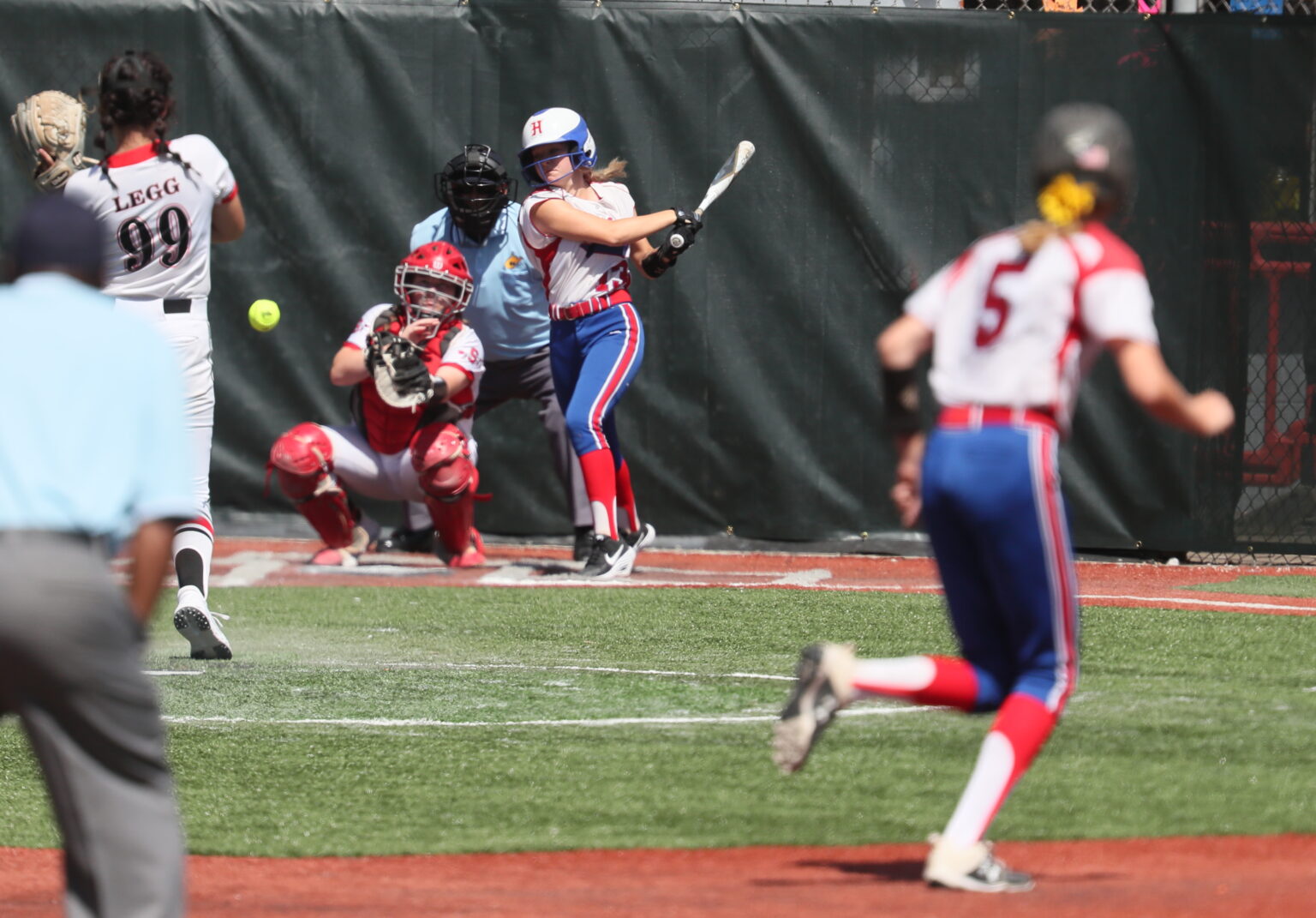 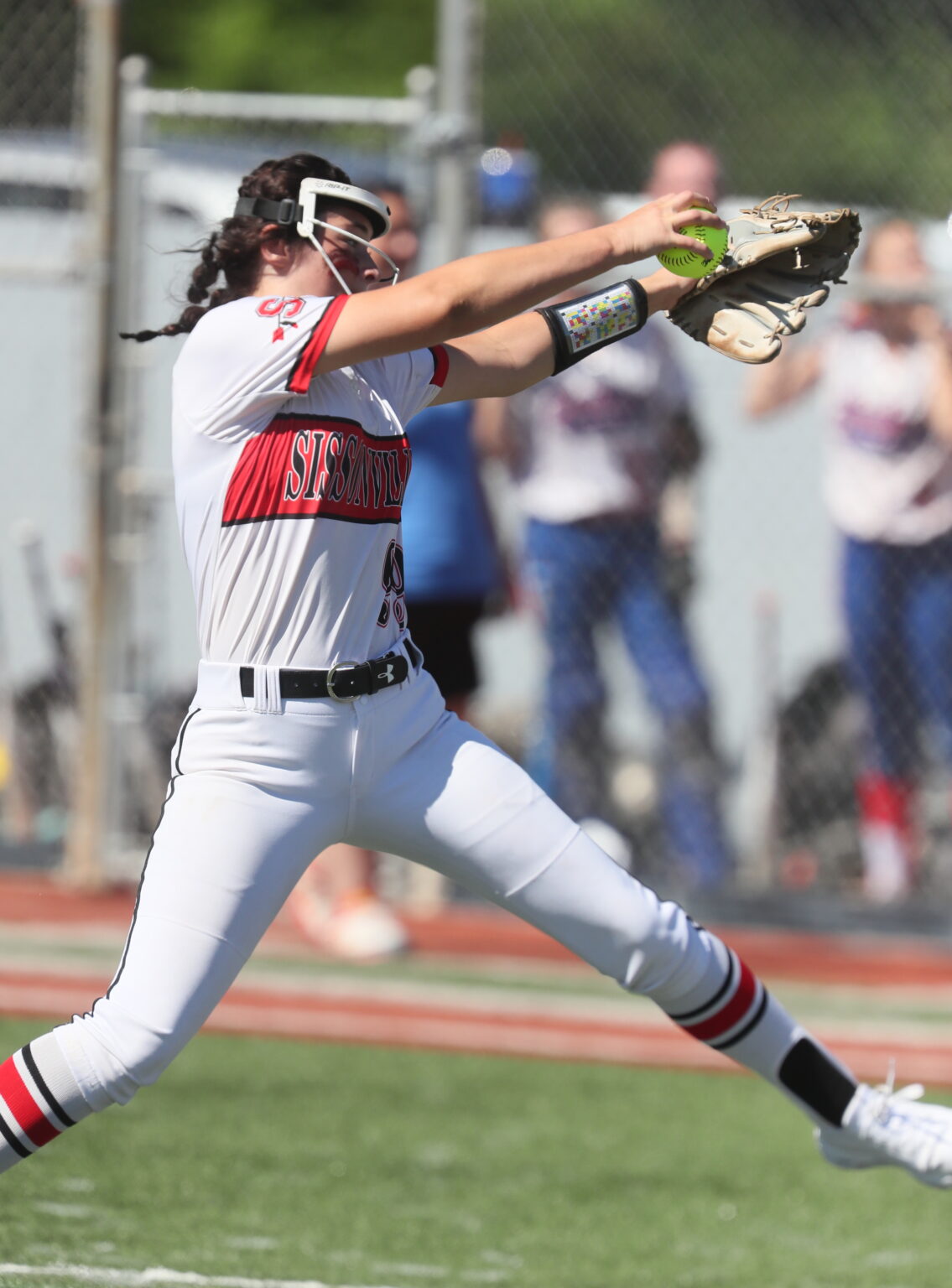 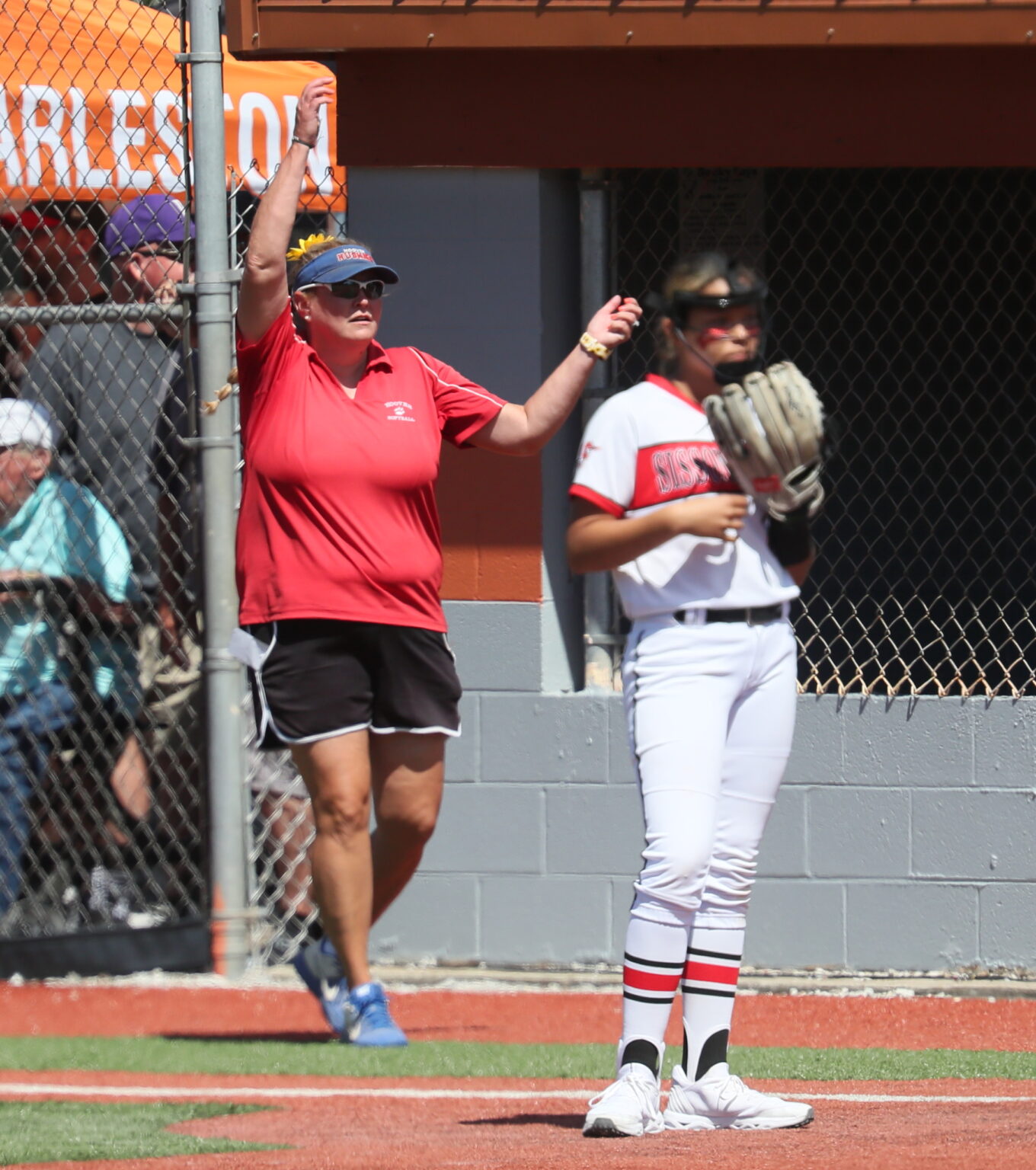 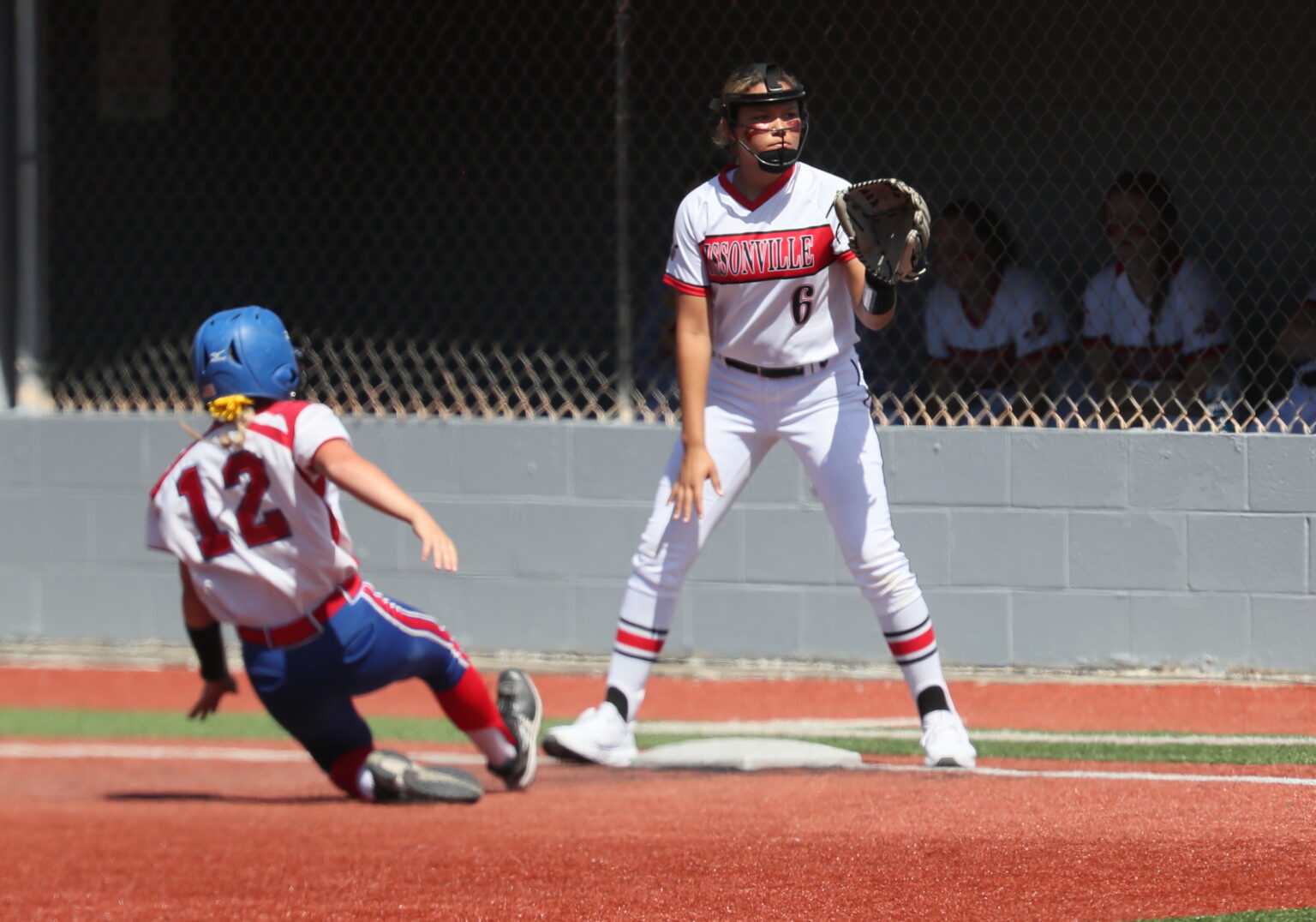 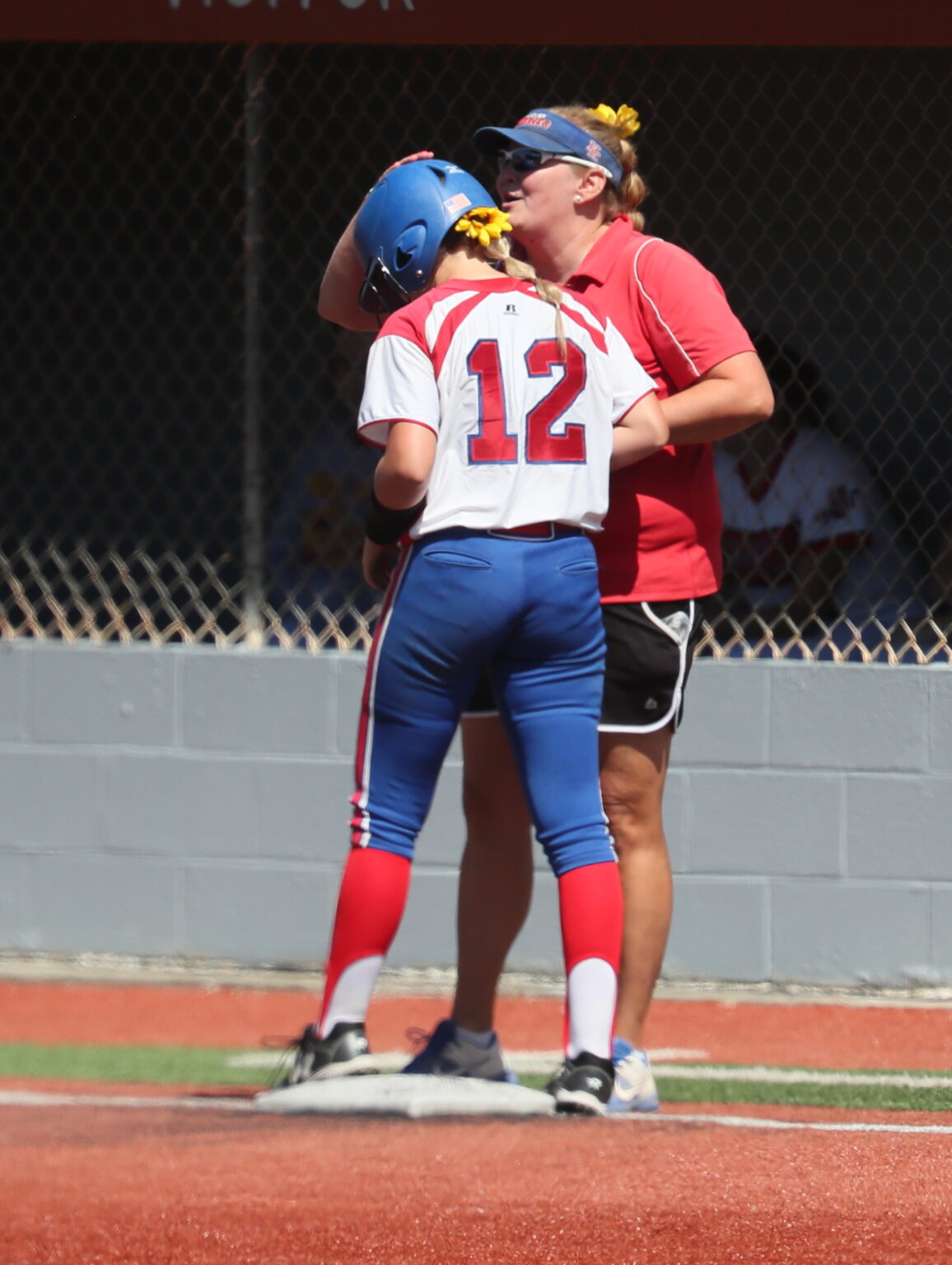 SOUTH CHARLESTON, W.Va. — Twenty-four hours after being put on the brink of elimination, Herbert Hoover earned an opportunity to play for the Class AA championship.

The three-time defending state champion Huskies scored early and often Wednesday in a 10-0 six-inning victory over Sissonville at Little Creek Park. The win allows Hoover (26-4) to face Oak Glen later Wednesday for the Class AA crown. The Huskies will need two wins over the Golden Bears before losing once.

Despite having beaten Hoover three times in as many matchups ahead of Wednesday, including in Tuesday’s state tournament opener, Sissonville saw its season end at 20-6.

Coming off a 3-2 eight-inning loss to Oak Glen on Tuesday night, Sissonville got off to a slow start and was its own worst enemy early on.

The Indians committed two errors in the first inning, while pitcher Madison Legg walked two batters and hit another as her team fell behind 3-0.

“In that first inning, we got a little rattled and had a few bobbled balls,” Sissonville coach Travis Hill said. “I won the coin flip and maybe I should have been the visitor and tried to take the tone of the game first. But if ifs and buts were candy and nuts, we’d all have a Merry Christmas, wouldn’t we?”

Sydney Shamblin’s two-run single was the Huskies’ only hit of the first inning, but highlighted the three-run frame.

When the Indians came to bat, they started with consecutive singles against Grayson Buckner, but never got leadoff hitter Emma Meade to third base.

Legg held the Huskies scoreless in the second and third innings, before Hoover began to blow it open in the fourth thanks to RBI singles from Brooklyn Huffman and Cortney Fizer.

“The fact that they had the late game last night and (Legg) pitched fourteen innings yesterday, our game plan today was to make her throw pitches and hope that the longer she pitched, the more tired she would get,” Smith said. “It is hot and we thought if we made her throw pitches, she’d throw pitches we could get a hold of and that’s what happened.”

“They outplayed us today and outhit us,” Hill said. “We’ve seen Grayson Buckner four times and they’ve seen Madison Legg four times. It is what it is.”

The Huskies added three more runs on four hits in the sixth to take a 10-run lead, with Shamblin providing a run-scoring single for her fourth hit of the contest. Shamblin, the Huskies’ No. 7 hitter, finished 4-for-4 with three runs driven in and two scored.

“She’s been big for us this whole postseason,” Smith said. “Against Lincoln in the regional and all through the sectional, she got big hits when we needed them. I like our lineup one through nine and it’s produced throughout the postseason. It puts pressure on the defense when they can’t relax when they see (hitters) seven, eight and nine.”

Huffman and Fizer added two hits apiece, while Huffman had three RBIs from the leadoff spot.

“She was able to get ahead in the counts and use her off speed,” Smith said. “Her curve ball and change-up lay on a similar plane and they’re harder to time up, which allows those weak ground balls.”

Legg, who tossed 14 of the 15 innings Sissonville played Tuesday, was tagged for 10 runs on 12 hits in six innings.