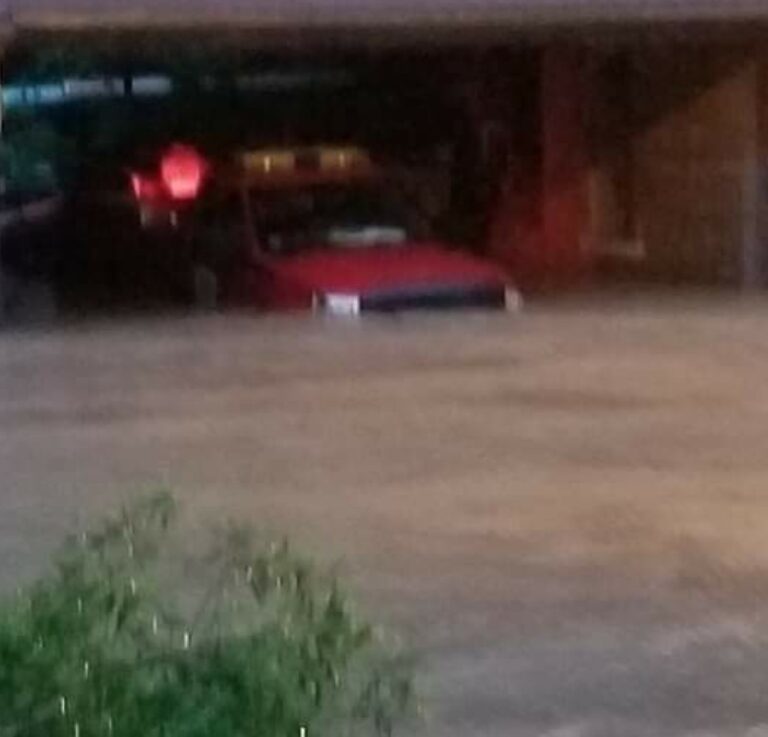 A city-owned truck that was destroyed in the flood.

Cameron was covered with high water on Monday, June 21. 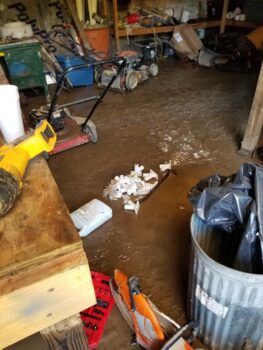 Tools owned by the City of Cameron were destroyed by the high water. 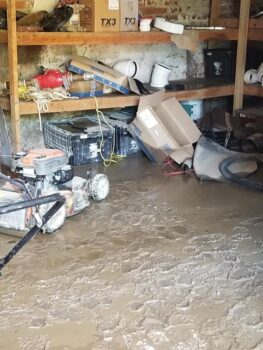 A lot of mud was left behind in the city garage following the flood. 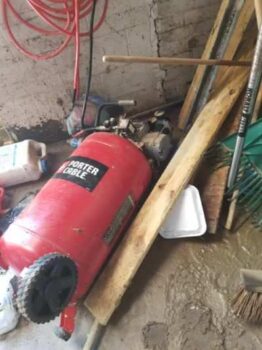 The city also lost several pieces of equipment stored in the city garage.

CAMERON, W.Va. — The waters from last week’s flash flood in the small Marshall County community of Cameron are long gone but the damage left behind is significant.

Unofficial storm totals show 4-5 inches of rain fell last Monday evening in just a few hours. All of the streams and creeks that run near and through Cameron, located in the southeast corner of Marshall County, exceeded their banks. That combined with hillside runoff put the city underwater.

Cameron Mayor Greg Galentine said the city and its residents, thanks to a lot of volunteer help, have made significant progress in less than a week.

“We’re making huge headway but there’s still lots of work to do,” Galentine told MetroNews. “We’ve had a lot of good workers, volunteers and products donated.”

But the city government itself has some significant needs.

Galentine said a year-old dump truck was destroyed in the flood along with a pick-up truck used by the streets and alley department. He said they’ve gotten help with some dump trucks but a pick-up truck is a need.

“Our workers are using their own personnel vehicles to help others. What we really need is a vehicle that we can let our guys drive and do what they need to do to take care of the residents,” he said.

The city also lost all of its lawnmowers, weed eaters, concrete saws, tools and underground water and sewer system cameras.

There’s also a problem with Cameron’s main sewer line. Galentine said the 12-inch line is clogged. A specialized piece of equipment is due in soon to try and fix the issue but they’ll have to take other steps if that doesn’t work.

“Then we’d have to dig the line up, go in, cut the line and try and get the clog out. It has created tremendous issues with our sewer system,” Galentine said.

The city’s water system was spared any major damage from the flood and is operating.

Galentine is also concerned about several hillside slips created by the runoff that could end up impacting homes.

“We need to try to address that as soon as possible. I know things take time but we want to keep moving forward on things like that,” he said.

Galentine credits a lot of agencies and organizations for their quick response. He said the state Division of Highways has been there since shortly after the flood occurred.

Damage estimates remain at approximately 30 homes that took on significant amounts of water. Galentine said for some the damage was in their basements but for others that damage was in their living areas. A handful of houses may eventually be declared a total loss.

Galentine said Cameron residents are used to flash flooding. He said it happens a couple times a year but Monday, June 21 was different.

“It was a torrential downpour. It’s all hillside in Cameron and the main stream runs through the community in the lowest-lying area,” he said. “The water rose so quickly. It just rose so fast that people couldn’t get their things out, they couldn’t move their vehicles.”

Gov. Jim Justice currently has Marshall County under a state of emergency to allow for better response to the flooding.