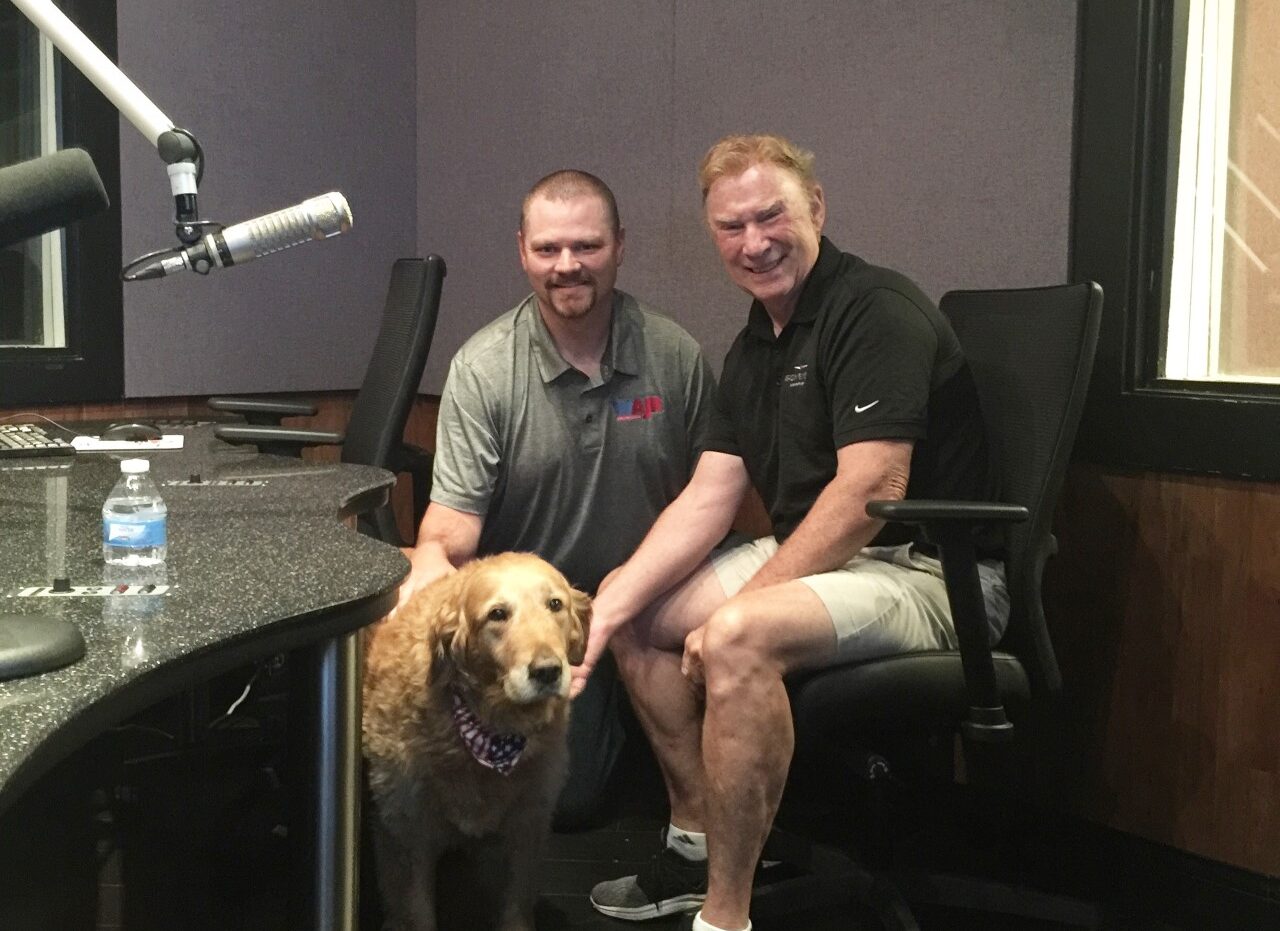 MORGANTOWN, W.Va. — After close to two days of searching for his missing dog, Bruce Ross found him sleeping, safe and sound.

While many were preparing to wrap up their work week and get ready for the Fourth of July weekend, Ross had his plans put on an immediate hold when his rental car, with his dog Icon inside, was stolen from the Sheetz parking lot on Monongahela Boulevard near the Star City bridge Wednesday. Icon, a 13-year-old Golden Retriever who is also a retired service dog, was inside the car with the engine and air conditioner on at the time, because of temperatures that were in the mid-90s on Wednesday.

The key in the ignition was also the factor that made Ross’s car so easy to steal.

“Car all the way backed up in there you know, I’m watching the car like a hawk,” said Ross explaining the incident on WAJR’s “Talk of the Town.” “Turned around to get my coffee, poured it, turned around and at that moment, the car is disappearing out of the parking lot. I mean we are talking three to five seconds,” he said.

After the initial shock, Ross called the authorities to report the stolen rental car and more urgently, send out an alert for Icon, who is also a senior dog with arthritis. Considering the current weather conditions and the very likely emotional distress of his canine companion, Ross explored every avenue possible to find Icon. This included putting up flyers, contacting several news media sources and searching throughout North Central West Virginia and in some parts of Pennsylvania.

“Almost all the way to Pittsburgh, but I took every exit,” Ross said. “And I asked around, did you see anything, anybody report a dog, can I post this flyer, and they were like ‘Oh yes absolutely. You know, ‘Give me a couple I’ll post them around town,'” he said.

Despite Ross’s perseverance, he admitted on the radio interview that there were times throughout the search where the emotions got the best of him. So after a night of searching and no updates on Icon, he was deeply relieved on Thursday afternoon when he received a call saying that Icon was found somewhere along Route 19, pretty far from the location where he was taken. When Ross found Icon on a porch not far away from where he was initially located, the response was what you would expect of someone who had lost a best friend.

“And I come around the corner and there this porch up there and Icon’s there sleeping,” he said. “And he looked up, the minute he saw me, I mean he hugged me, he just jumped up and ran to me and was crying and jumping up and down,” he said.

Now, with his buddy Icon by his side, Ross intends to celebrate the Fourth of July Weekend in style as he continues his visit around Morgantown. Ross, a California native who worked at Southern Airways at the Morgantown Airport for three years, spoke highly about the North Central West Virginia effort to find his dog. This included every viable source from social media, news media to simple word of mouth. So now with his companion by his side, Ross is just incredibly grateful that Icon was found and for the community effort that helped reunite man and dog.

“Your radio station made such a difference, covered so much air, and people mentioned that they heard it on the radio,” he said. “And when I went up to bring the flyer in the middle of nowhere to post a flyer, a person would come up and say ‘Hey, is that the dog I heard about on the radio?’ so God bless radio,” he said.