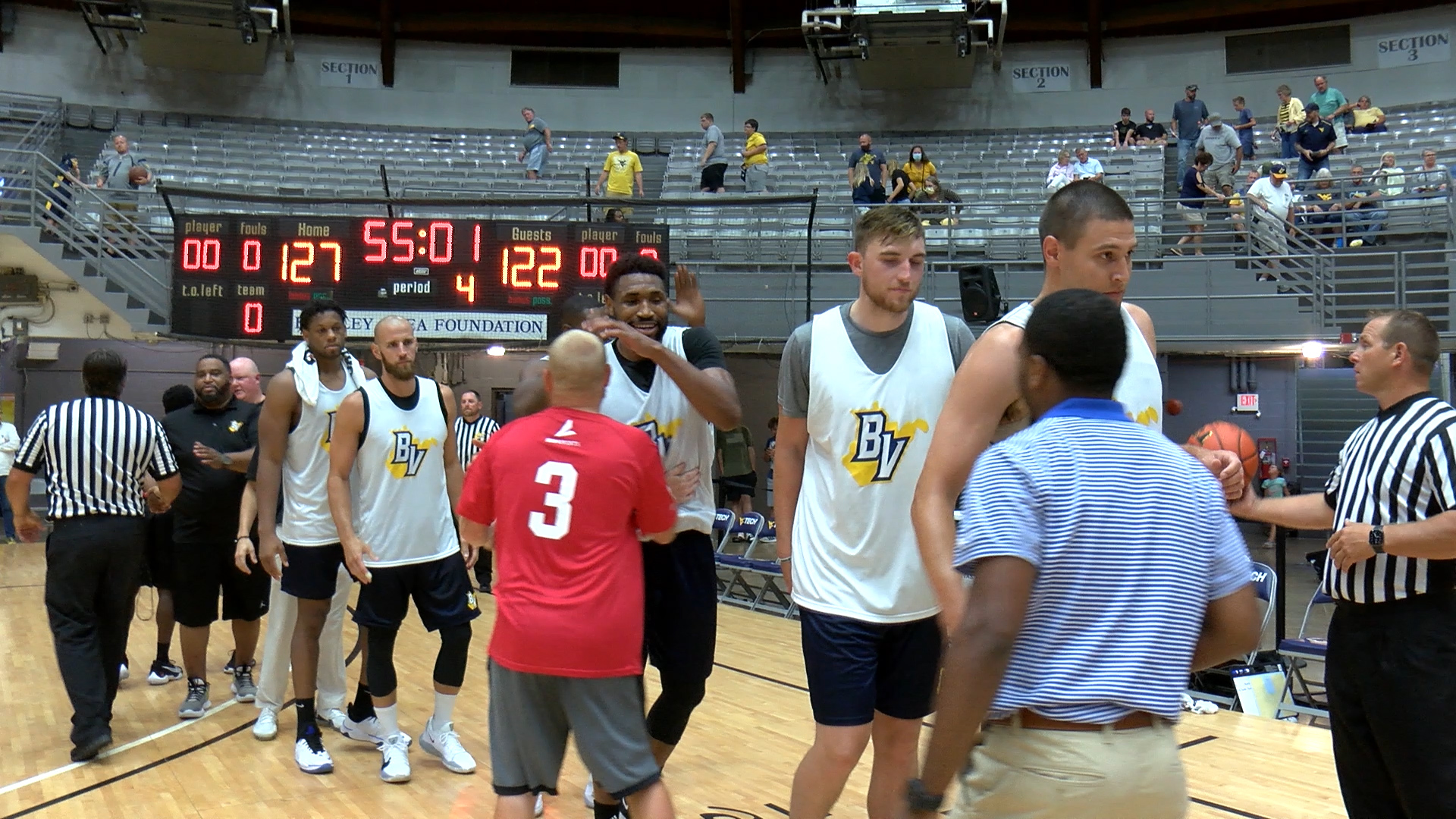 BECKLEY, W.Va. — Best Virginia passed the first test on their pre-TBT schedule with ease, defeating Southern West Virginia Elite 127-122 in an exhibition game at the Beckley Raleigh County Convention Center. Best Virginia led 115-63 when the clock was stopped with four minutes left to simulate the ‘Elam Ending’. The score reset with Best Virginia trailing 119-115. After allowing an initial three-pointer, Best Virginia scored the final ten points to close out the game.

“Probably our best defensive possession (in the Elam Ending) was the first one and they hit a three,” said Best Virginia head coach James Long. “You play good defense but it was better offense. They understand now the magnitude of each possession. And the flow going into the Elam Ending, it was good to get that situation for our team.”

The Basketball Tournament utilizes the Elam Ending. It is a system where the game clock is frozen at the four-minute mark of the fourth quarter and a target score is established. The team in the lead must score eight more points to finish the game.

After a competitive first quarter, Best Virginia led 25-17. They opened the game up in the second quarter, outscoring Southern WV Elite 37-17 to take a 62-34 halftime lead.

Postgame ‘Round of Sound’

“It was been a lot of fun,” said Best Virginia guard Alex Ruoff. “We have gotten some practices in Morgantown. Coach Long is doing a good job and we are getting after it. Today was a good test to get in a little more game shape. Friday will be another test for us.”

Best Virginia will play their final exhibition game Friday night at Wheeling Park High School against the Underground Kings, a Mountain East Conference All-Star team. Best Virginia will open up play at the West Virginia Regional of The Basketball Tournament July 17 in Charleston.