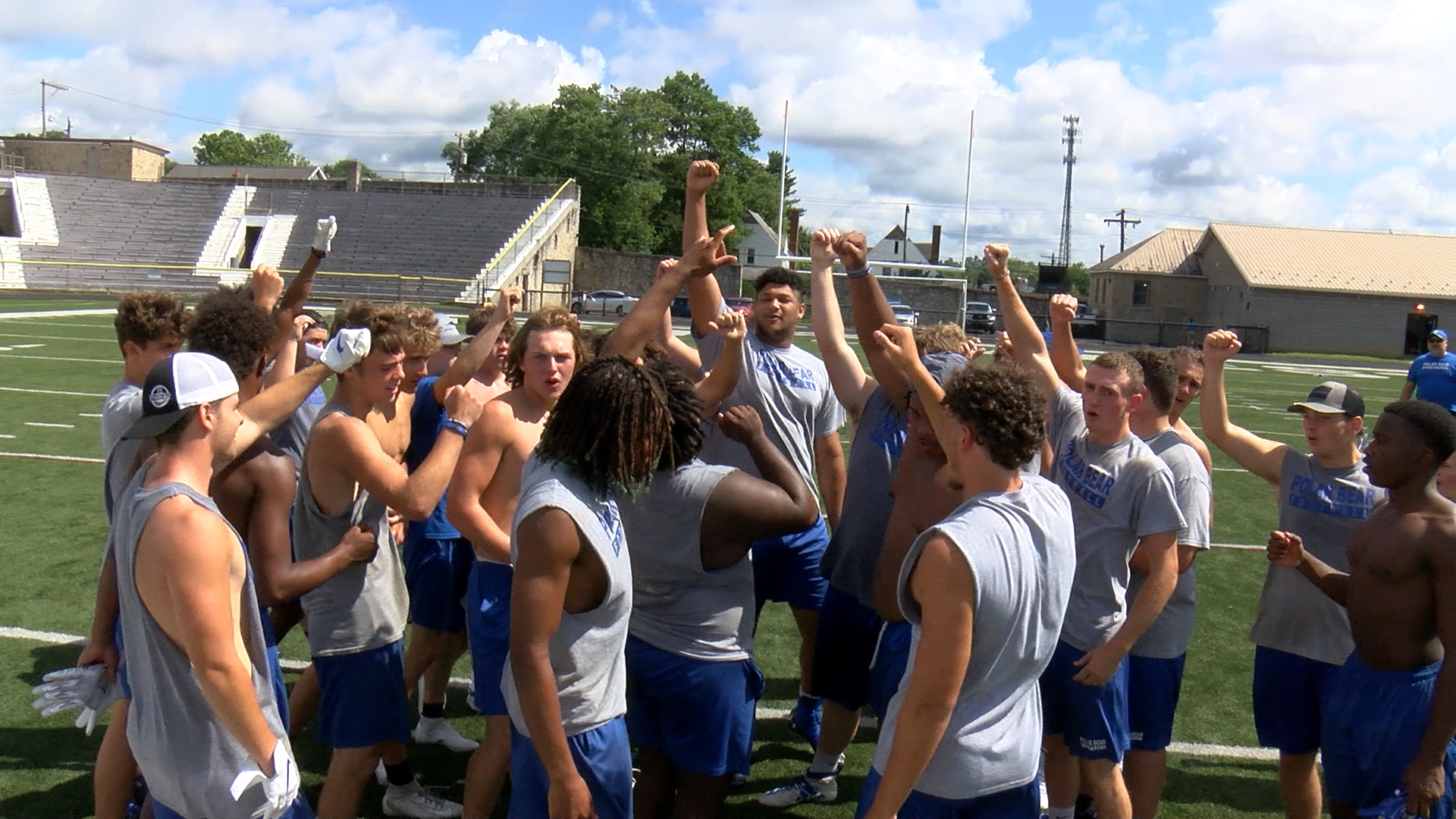 FAIRMONT, W.Va. — A full cycle of players has come through 12th Street and the results have remained similar and successful. Since 2015, Fairmont Senior has posted a record of 58-11 with 17 playoff wins. Last fall, the Polar Bears were the only team to take the field and win three postseason games. A 21-19 victory at Bluefield secured the Bears a second Class AA state title in three seasons.

“It is your turn now. It is your responsibility now,” said Fairmont Senior head coach Nick Bartic. “I think that really showed last year. That, and you get the commitment from your town. That is something that is out of your hands also, but how committed your people were towards making sure they were following (COVID) guidelines just to give you an opportunity to play.”

As Nick Bartic’s club prepares for the 2021 season, the first area of focus for the Polar Bears is very similar to many other teams.

“The offensive line, they know they are the question mark. We have guys that will be taking on new responsibility.”

“They have been surrounded by not just talented but hard-working graduates we have had here recently. I think that experience always kind of bleeds over into the next season.”

Fairmont Senior’s most experienced position group comes at wide receiver. Evan Dennison led the Bears with 28 catches and 6 touchdowns last season. Jayden Cheriza burst onto the scene as a freshman and speedster Kayson Nealy is back after an injury-shortened junior season.

While every starting position is up for grabs, senior Dom Stingo figures to be first in line to replace Kent State signee Gage Michael at quarterback.

“Playing behind Connor (Neal) and Gage was great for building,” said Stingo. “Connor was extremely smart, the smartest dude I ever met. He knew where to go with the ball before the ball was even snapped. Gage was the best athlete I have ever seen.”

The team’s leading returning rusher is Dylan Ours. As a freshman last fall, Ours toted the ball 59 times for 382 yards and 4 touchdowns.

“Gage Michael did a good job of taking him under his wing,” Bartic said. “He did a good job with the young guys of showing them how the process works. He really embraces that. He demonstrates it also. So it is not a surprise with how hard (Ours) works and how committed he is.”