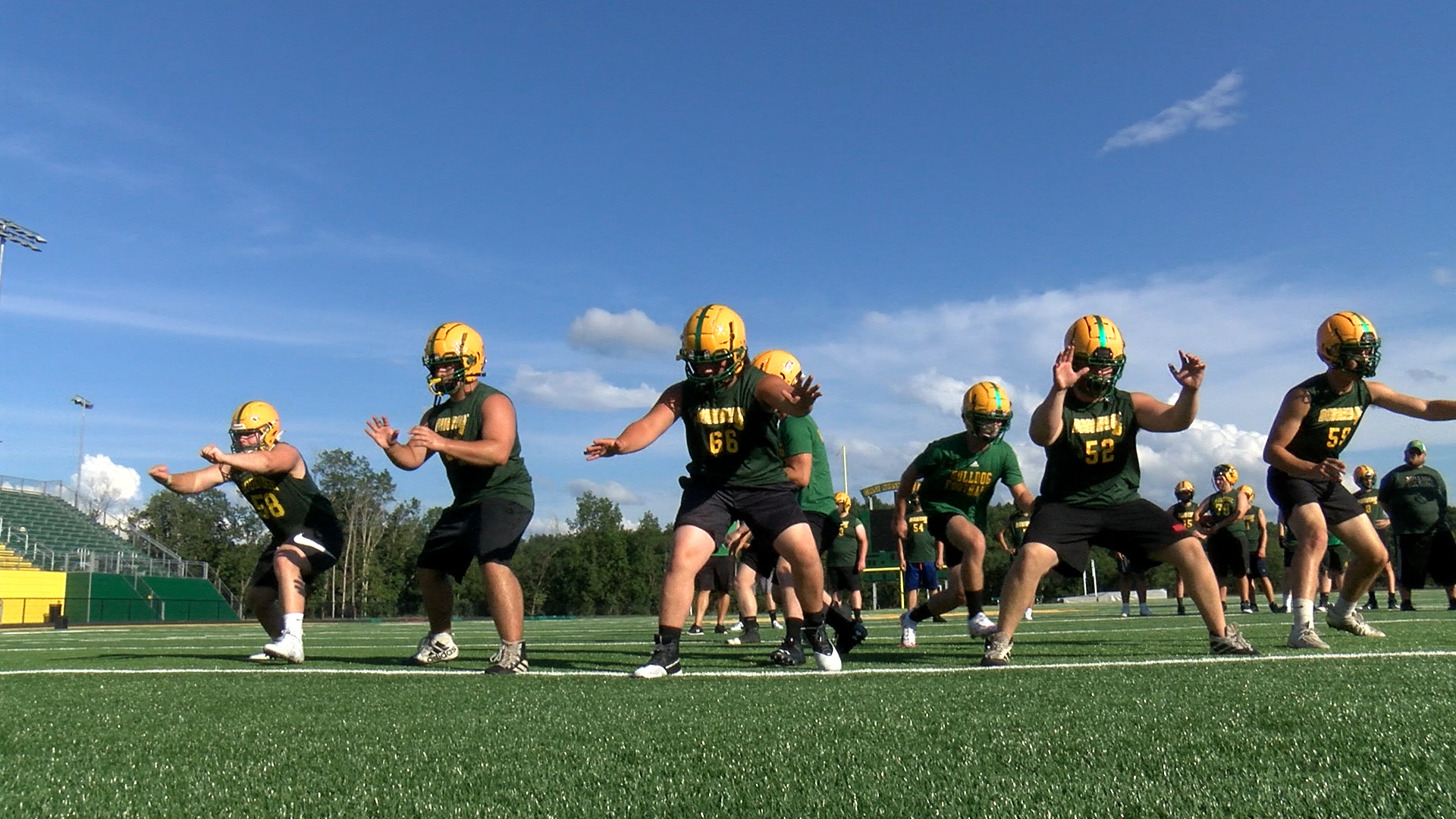 WEST UNION, W.Va. — This summer has been a short one for many high school athletes around the state, particularly for many members of the Doddridge County football team. Several athletes were key contributors on the track and field team that claimed the Class A state title on June 10. Bobby Burnside, who leads both programs, says commitment from the athletes has been strong throughout.

“We didn’t finish until the second week of June and we started flex days that following week,” Burnside said. “We told our players that if they had a family outing or a family trip, we want them to take it. But most of the team has been pretty committed to the summer, especially the weight room. Practice has been good.”

Last fall, Doddridge opened the season with five consecutive wins. However, the COVID metrics map quickly turned against them. The Bulldogs went 1-2 the rest of the way after not playing a game for four weeks. An opening-round playoff loss to East Hardy brought their season to a close.

“We kind of hit the ground running and had a great start. We had the big layoff, and again, everybody dealt with it. We were glad to get the season in that we had and make the playoffs for the fourth year in a row.”

One reason for excitement around the Bulldog program this year is a line that returns mostly intact.

That line will go to work in front of senior quarterback Jared Jones. In eight games last fall, Jones accounted for 815 yards from scrimmage and 10 touchdowns in his first season as the starter.

“Now that I have a whole season of starting under my belt, that makes it a lot less nerve-racking,” Jones said. “Going into the season, I know what to expect.”

Doddridge has produced a string of quality running backs with Hunter America and Reese Burnside leading the way in recent years. Dylan Knight looks to be the next man up. He rushed for 577 yards and 6 touchdowns last fall.

“I have been behind two great guys the last two years with Hunter and Reese,” Knight said. “I think knowing the offense the past two years has been helpful for this year.”

The Bulldogs are less than two years removed from a 13-win season and a spot in the Class A title game. They have gone 39-7 over the last four seasons.