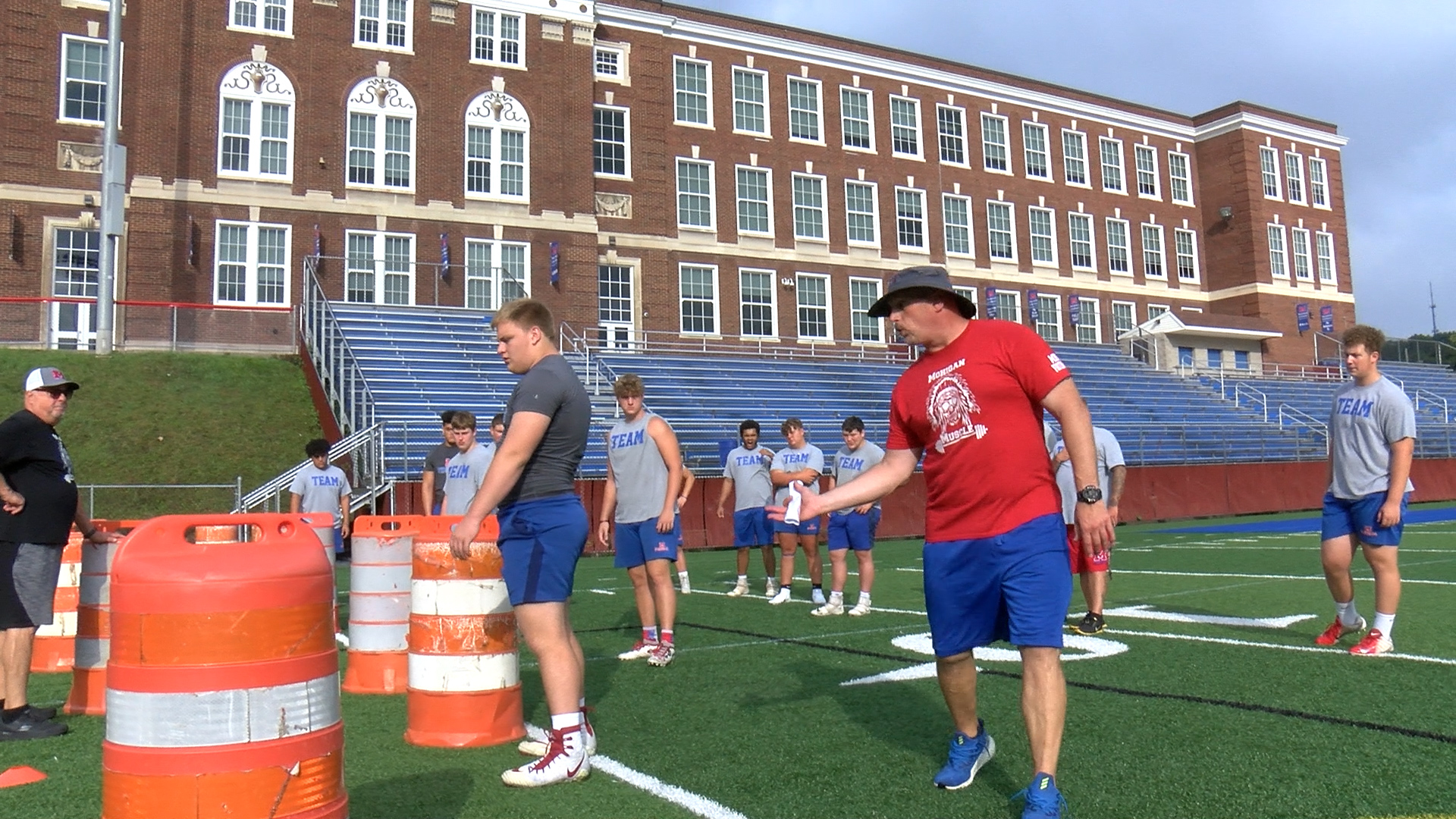 MORGANTOWN, W.Va. — Schedule disruptions were a way of life for almost every high school football team across West Virginia in 2020. The stops and starts were less than ideal for first-year Morgantown head coach Sean Biser. After delays to offseason workouts, the Mohigans were unable to play in the first four weeks of the season due to the COVID map and they finished with a 3-3 record. In 2021, Biser has welcomed a normal rhythm and routine to offseason work.

“Number one is the weight room, because we were so weak last year,” Biser said. “We have come a long way. Our guys have changed their bodies a lot. I think that culture of being in the weight room, it is a culture that has to be ingrained. They have to want to be here and our weight room is packed everyday.”

“It is not something you can master in one year. It is a process. We are not going to see the benefit of running the Wing-T system for another three years until these guys have had multiple years in the system. And it will allow us to do things we didn’t see last year because now we can add a little bit more to the playbook.”

Biser says the offseason development has shown itself on the line, where several returning starters and younger reserve players will vie for playing time.

“We return a tight end. We return our tackles. We return one of the guards. We return our center on the offensive line. And we have guys that weren’t ready last year, but now they are ready and they are pushing those guys. So we might move some parts around.”

In the run-dominated Wing-T, Biser is hopeful that six or seven reliable backs can emerge to share the carries.

“We bring back Davon Eldridge, who started for us last year. And then Brodrick Washington was a fill-in that came in and spelled our guys last year. He has put on weight and is getting better learning the system.”

Six playoff teams are featured on Morgantown’s schedule and games against South Charleston and Bridgeport, who were a combined 13-1 last fall, lead the slate. While program depth and development for the future will always be top of mind, Biser says the time is now to show results on the scoreboard.