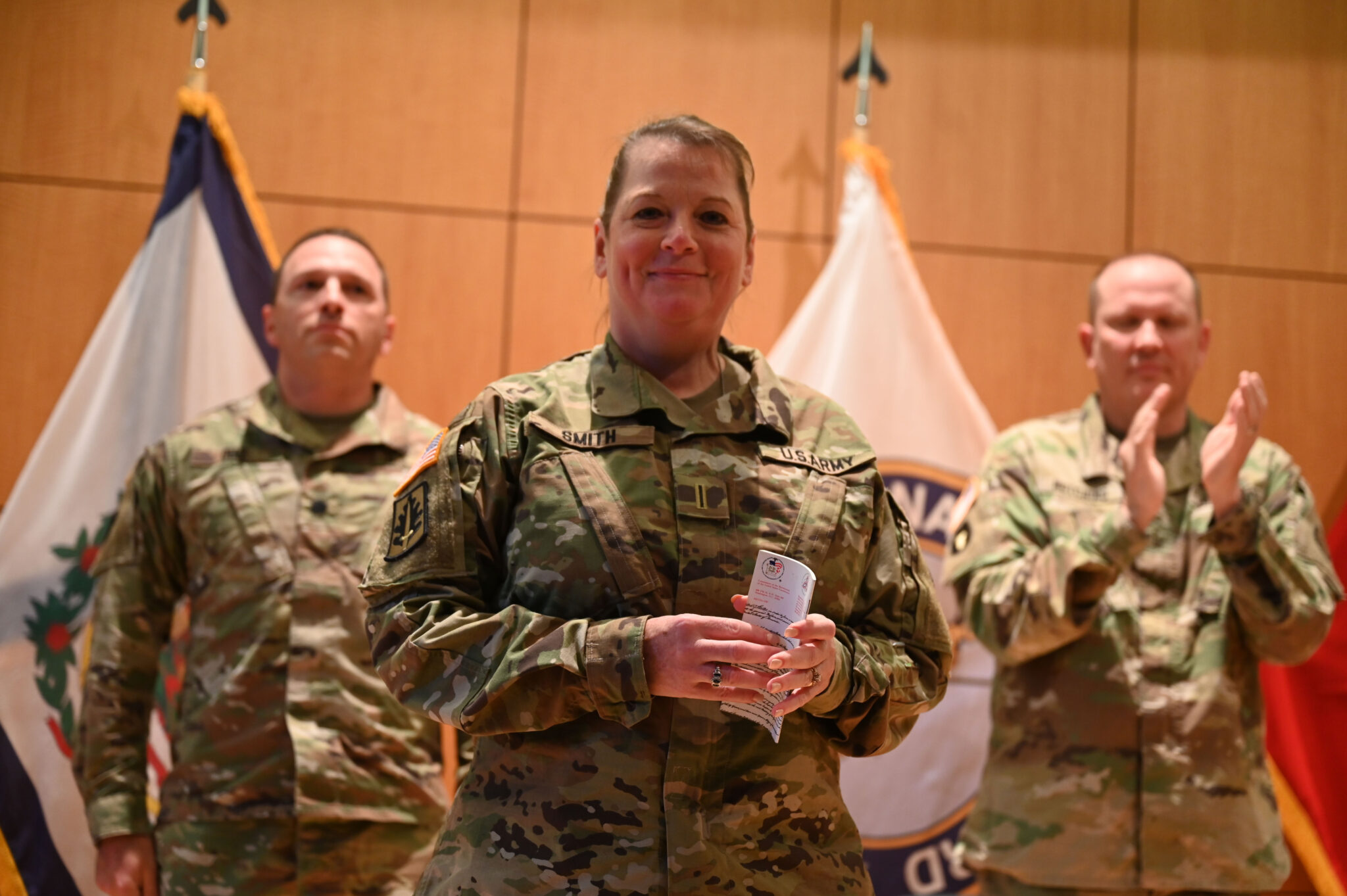 Kristie Smith of Moundsville was first commissioned as a chief warrant officer in 2002 after serving in the 152nd Military Police Detachment. She joined the West Virginia National Guard in 1987 and served in Operation Desert Storm and 2006 operations in Iraq.

“I couldn’t think of anyone more deserving than Chief Smith.” Brig. Gen. William Crane said Friday. “Throughout her career, she has excelled as a Soldier and has lived out the Army and West Virginia values that we hold dear. She will forever be known as the first female CW5 in West Virginia National Guard history; what an amazing honor. I know she will continue to lead with honor, integrity and distinction in her new rank.”

Members of the U.S. Army’s Warrant Officer Corps are considered to be the best in their field.