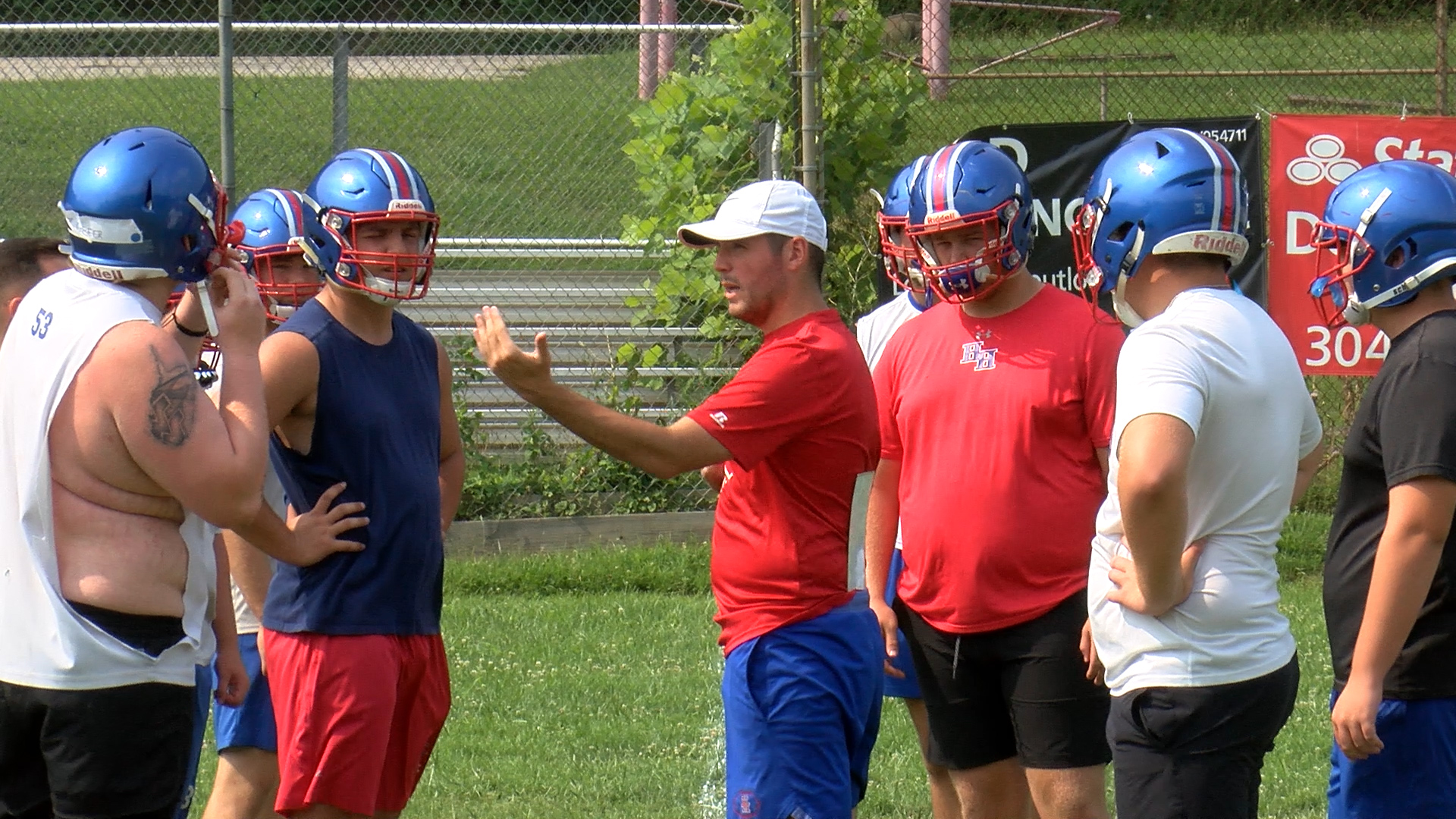 FALLING ROCK, W.Va. — Like all Kanawha County teams in 2020, Herbert Hoover was unable to take the field until October due to the COVID metrics map. The Huskies made up for lost time, going 6-3 and advancing to the Class AA quarterfinals in their first season under head coach Joey Fields.

“I said from the get go when we came here that we want to be judged on improvement, and not the scoreboard,” said Fields. “We ended up having a better team than I probably thought we could at that time. It definitely exceeded expectations. But the kids were resilient like this community has continued to be over the years.

“We set the goal in the offseason. We are not afraid to say our goal is to win a state championship. But to do that, you are not winning a state championship the first week in December. It is every single day on and off the field. We are bringing that mentality and I am very proud of their effort and their attitude.”

“(Fields) came in and it has just been an automatic switch,” said Herbert Hoover senior receiver/defensive back Nathan Harper. “He is just like us. He knows us really well. He is just a good dude and we follow him.”

In the opening round of the playoffs, Herbert Hoover rallied back from a two-touchdown deficit to defeat unbeaten Liberty Raleigh 34-33. It was the Huskies’ first postseason win since 2015.

“It felt good for this team and this community,” said Herbert Hoover senior receiver/defensive back Devin Hatfield. “They haven’t had many playoff wins in their history. So it definitely felt good to go up there and get one.”

As the Huskies put the pieces together for the 2021 season, the coaching staff is looking for a new quarterback after the graduation of Nick Grayam. Hoover does welcome back their leading rusher in Hunter Bartley. He rushed for 882 yards and 7 touchdowns in 7 regular season games. And dynamic playmaker Devin Hatfield returns as the team’s top wideout.

“(Devin) adds more to the locker room, being the leader on and off the field, not only vocally but what they see Monday through Friday as well,” Fields said.

Up front, Fields is confident that his defensive line can make strides.

“We are getting better at what we do,” Fields said. “Of course we are able to build on it. Defensively, we are going to be a little bit different. Last year we were kind of a hodgepodge of defense. But the guys played hard last year.”

“They are just getting in there and battling everyday. The defensive line makes (the offensive line) better every single day,” Hatfield said. “We have a good D-line they are going up against that I think is one of the best in the state. Going up against that in practice every day is making them a lot better.”