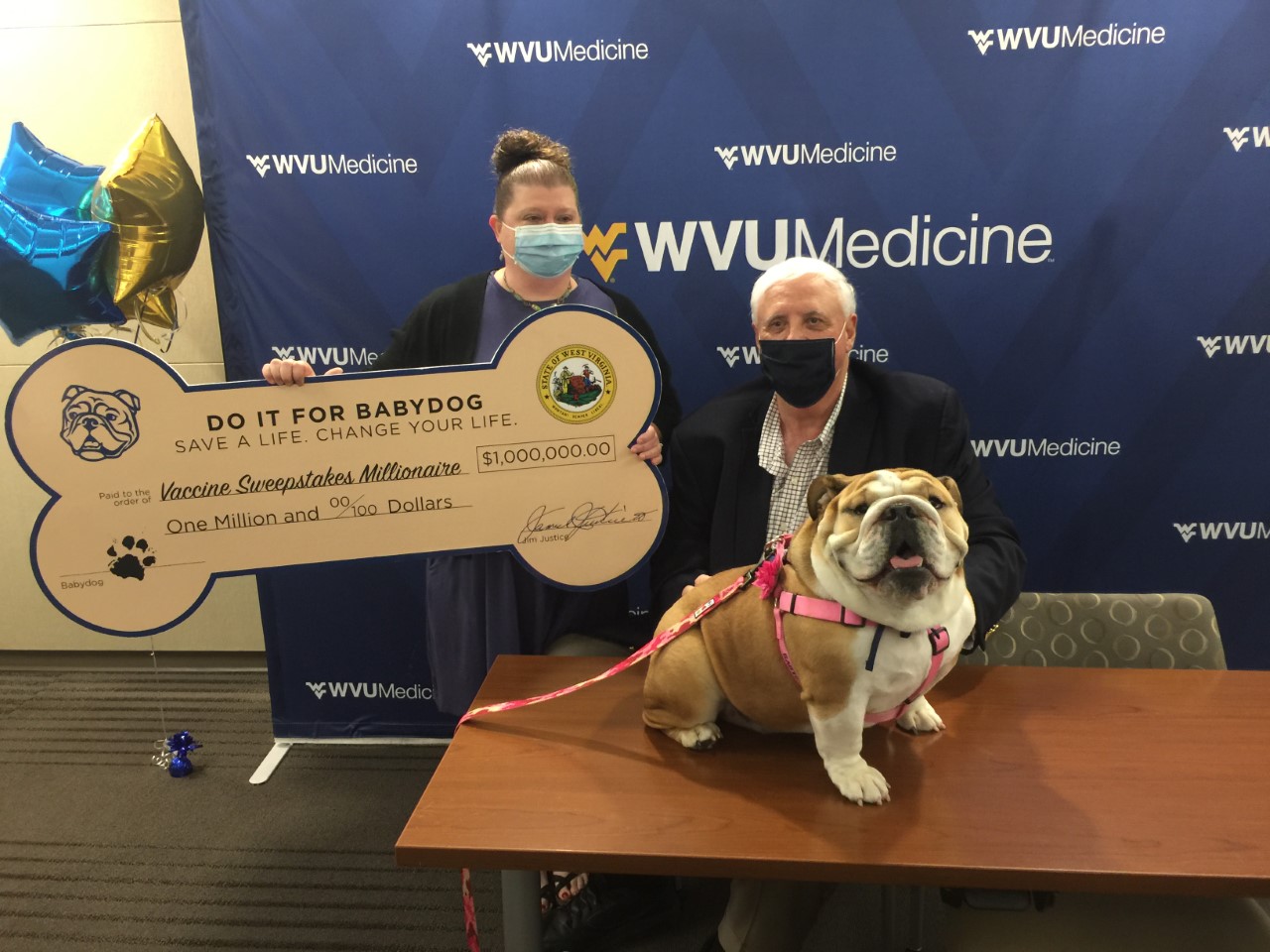 Denise Morrison of Fairmont, left, posing with Gov. Jim Justice and Babydog after being named the latest winner of the $1 million vaccination lottery prize. (Mike Nolting/WVMetroNews.com)

CHARLESTON, W.Va. — State officials on Wednesday announced a fifth round of state vaccination lottery winners, in which Gov. Jim Justice and his English bulldog Babydog traveled around the state to present prizes to some of the winners.

Denise Morrison of Fairmont won the fifth $1 million prize of the “Do it for Babydog: Save a life, Change your life” sweepstakes. Hope To of Charleston and Shannon Cook of Glen Dale received new custom-outfitted trucks.

Morrison, a nurse at J.W. Ruby Memorial Hospital in Morgantown, was called to attend what she initially believed as a meeting with dozens of coworkers. Justice entered the meeting room to announce Morrison won the $1 million prize.

“I was a little nervous when everybody was looking at me, and I didn’t know what was going on,” she said. “I didn’t think it would be anything like this.”

Brad Fletcher, Morrison’s finance, was informed about the prize on Tuesday. He told reporters he did everything to ensure Morrison remained unaware about being one of the latest winners.

“Not hard to keep it from her for this reason,” he said.

Morrison said she will use the money to help her family with any financial issues such as house payments and other expenses.

Justice surprised To outside of the Governor’s Mansion in Charleston. She told reporters she had never won a prize like a vehicle before.

“I’d love to drive this truck,” she said laughing.

Joe Sizemore, To’s son-in-law, told reporters To and family members agreed to get vaccinated together, noting the benefits of receiving the necessary doses.

“It couldn’t have happened to a better person,” he said about the truck. “She’s very selfless, lives a frugal life, and this is really cool she wins something like this.”

Drawings will continue through Aug. 4.

MetroNews’ Jack Flately and Mike Nolting contributed to this story.