Team 23's Marcus Hall reacts to one of his baskets down the stretch during a 75-67 victory over Best Virginia. Photo by Mike Lawrence/TBT 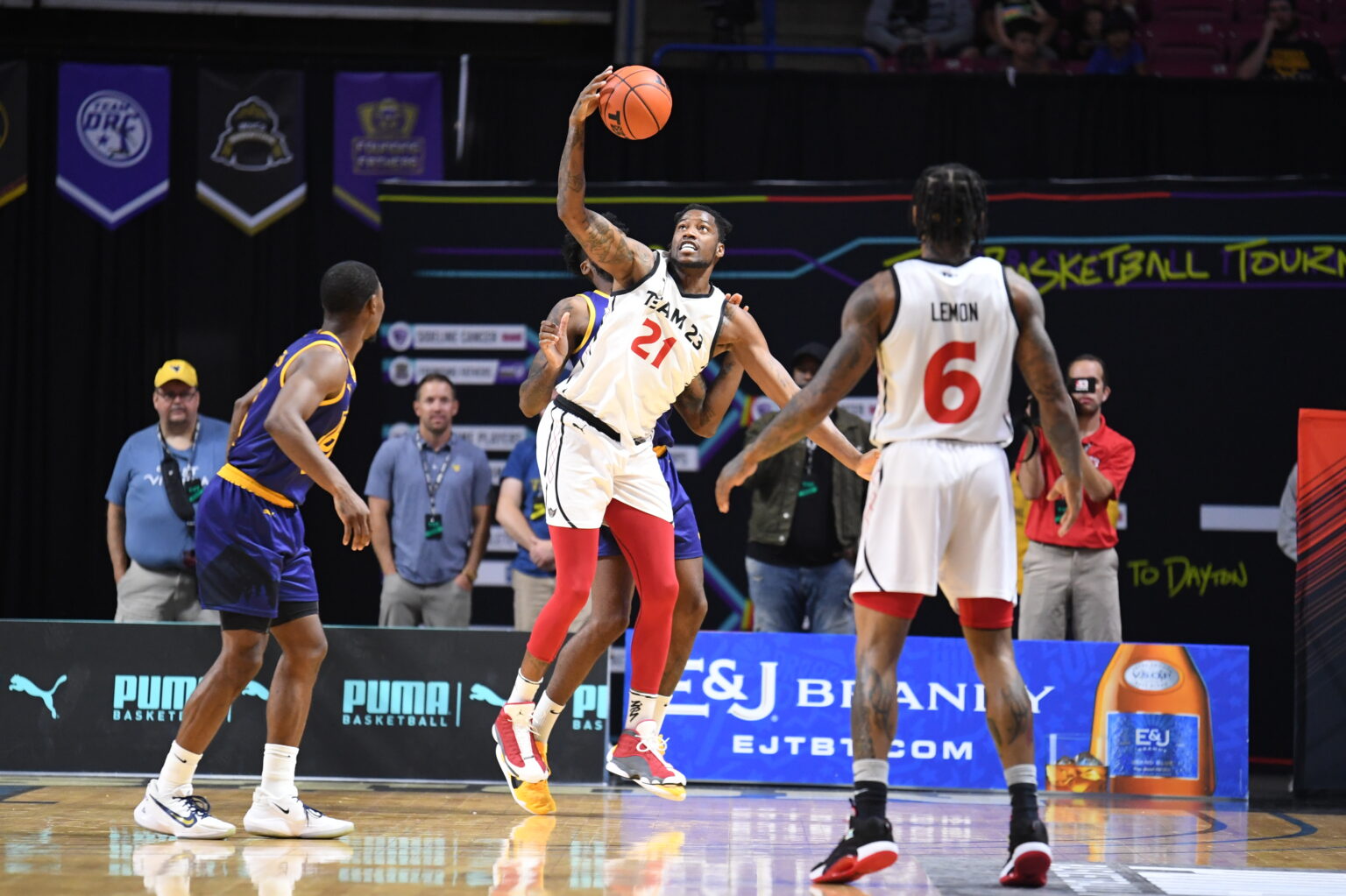 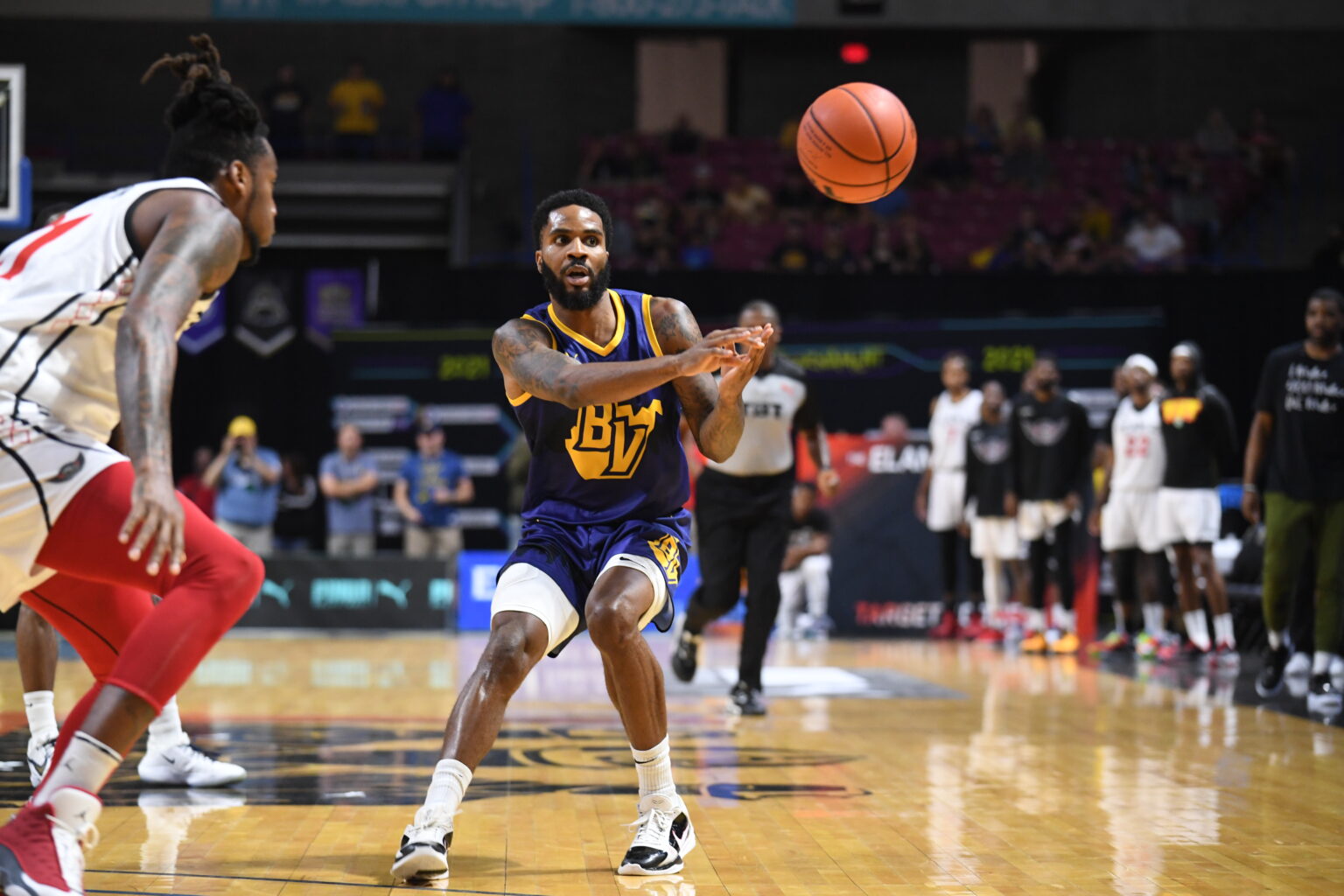 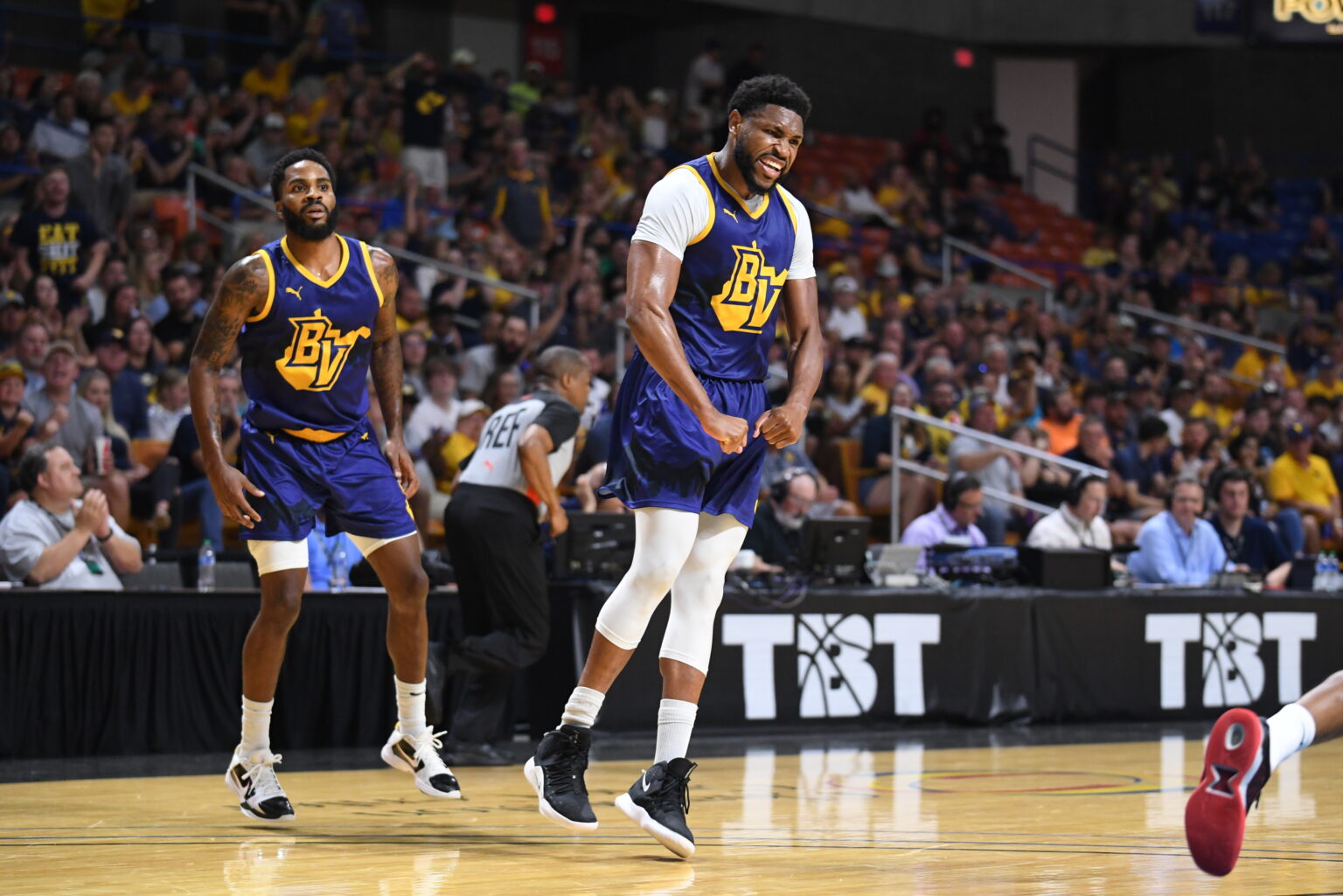 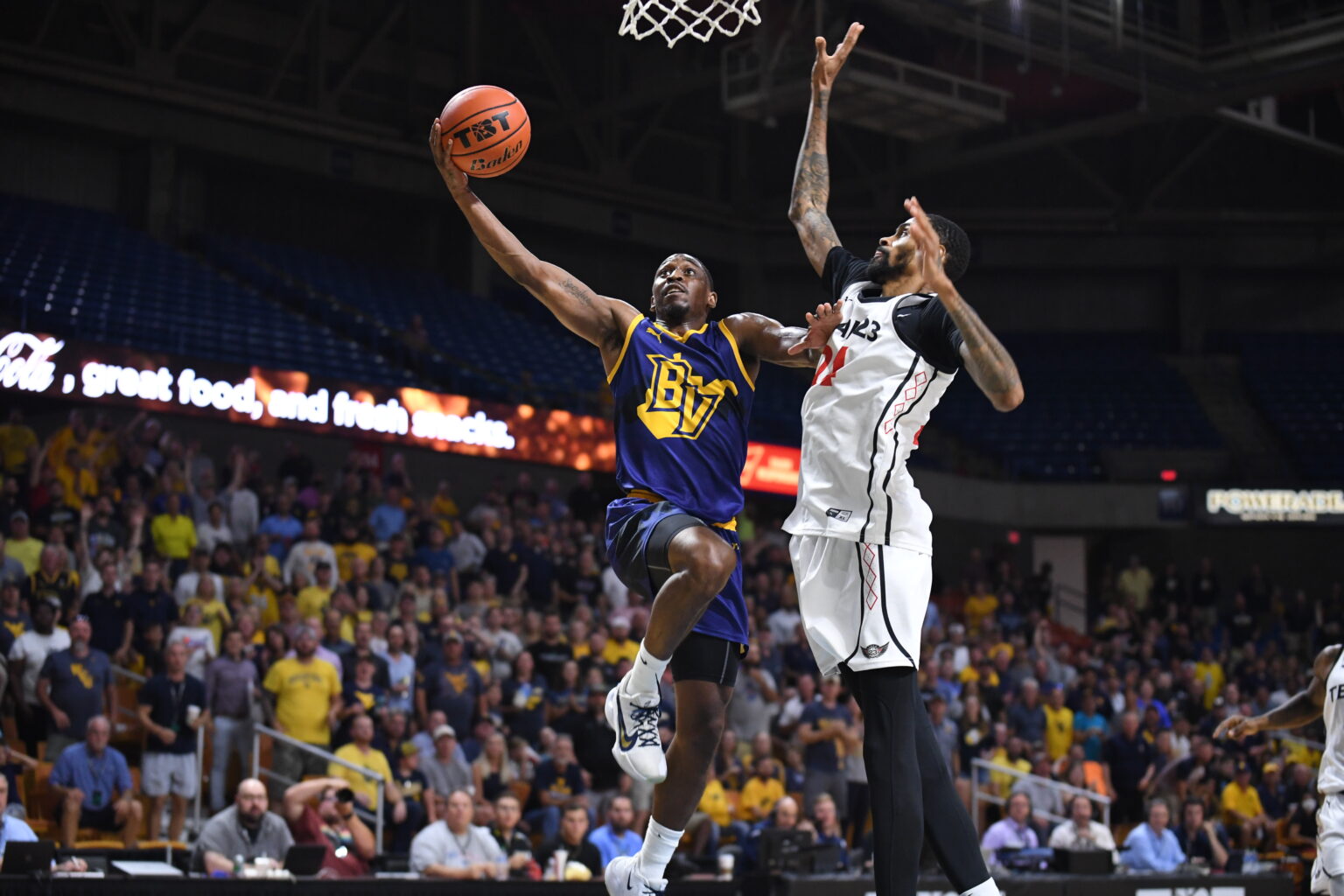 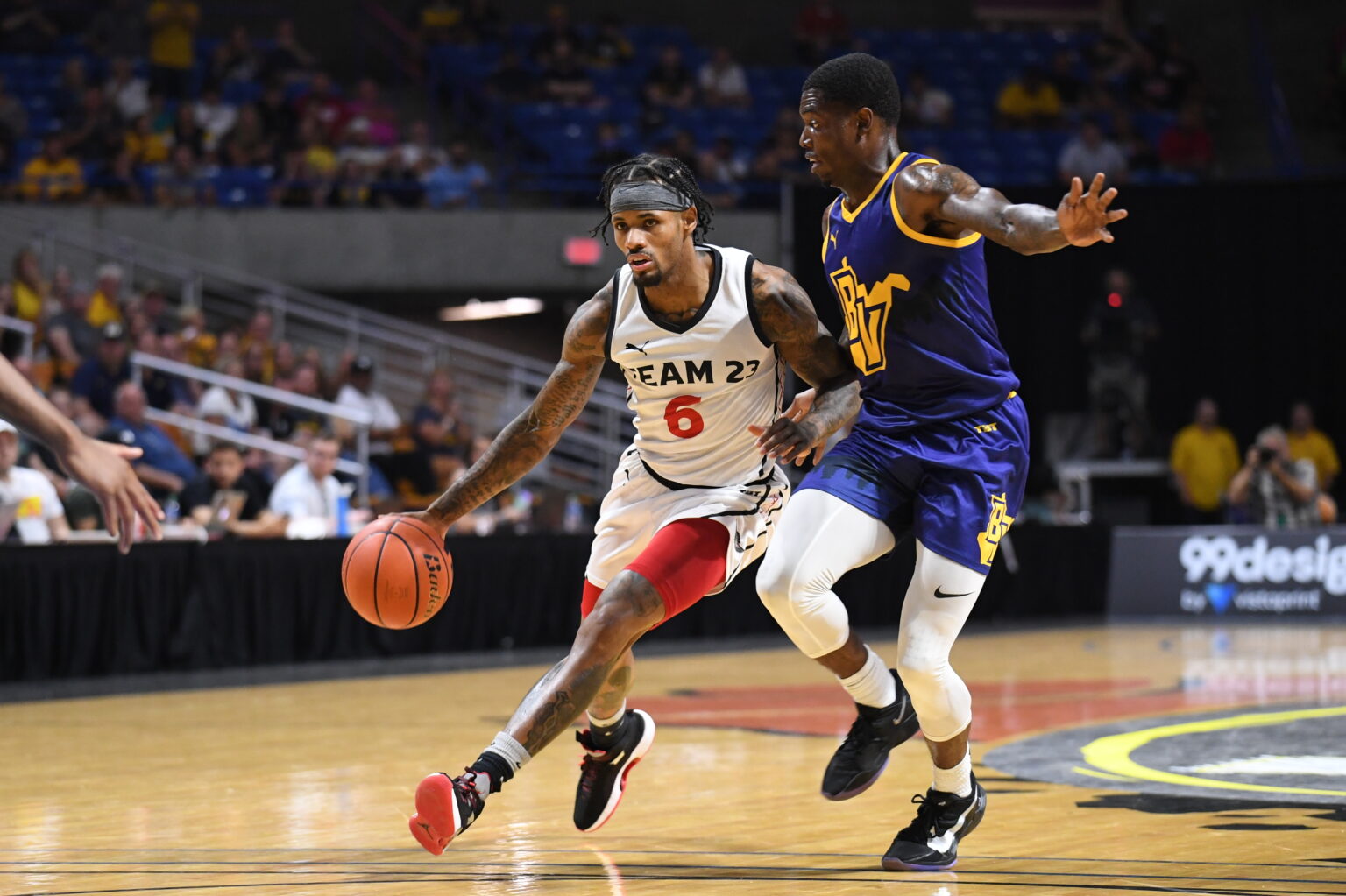 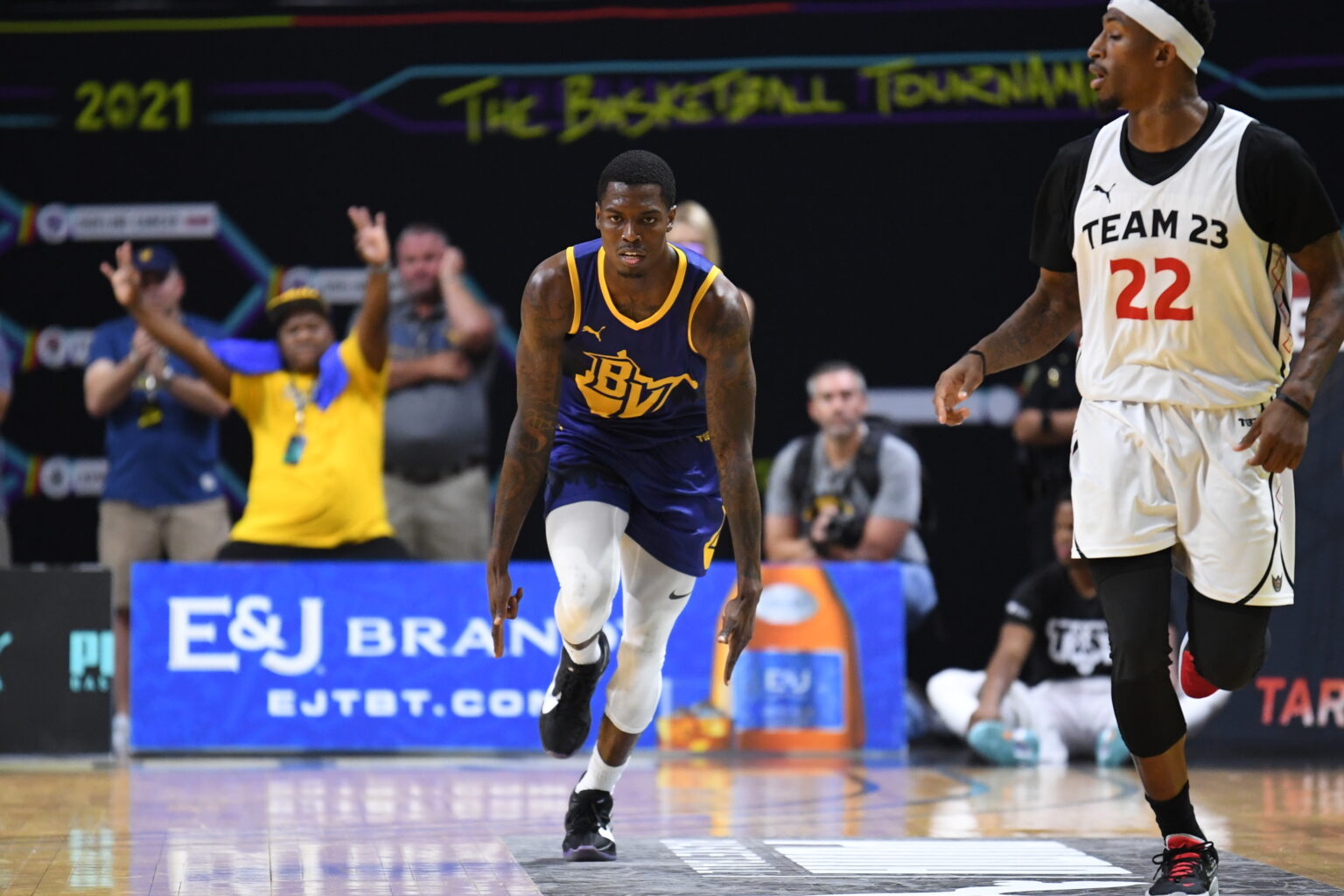 Team 23's Marcus Hall reacts after a basket down the stretch. Photo by Mike Lawrence/TBT

During the Elam Ending in Wednesday’s round-of-16 matchup with Best Virginia in The Basketball Tournament, Hall scored five straight points to turn his team’s one-point deficit into a 71-67 lead. Needing 74 points to win, Team 23 never allowed Best Virginia to score again and instead wrapped up the victory with close range baskets from Eric Washington and Daniel Ochefu, the latter of which silenced the Charleston Coliseum to the tune of a 75-67 victory.

“Credit to them, they made tough shots all day,” Best Virginia coach James Long said. “Our guys played really hard and were focused on the game plan. There’s ebbs and flows to the game, especially today and so many changes in what was happening momentum and energy wise. It’s the third game in five days, so you’re going to be hit and miss with effort and energy at times. But credit to them for making a lot of really tough shots. They’re a really good team.”

Team 23, a No. 6 seed, advances to a TBT quarterfinal July 31 against top seed Sideline Cancer at the University of Dayton. Sideline Caner overcame a 57-53 deficit to beat the No. 12 seed Bucketneers 58-57 on a Marcus Keene 3-pointer in Wednesday’s first game in Charleston.

“West Virginia has really treated us well,” Team 23 coach Marc Hughes said. “We appreciate the community in Charleston and being here.”

Second-seeded Best Virginia took a 58-53 advantage into the fourth quarter and was still ahead by eight at the 6:21 mark of the frame when Jamel Morris split two free throws to make it 64-56.

But Hall answered with a triple, then scored on a drive to the rim and JD Sword’s layup at the 4:33 mark made it a one-point game.

BV guard Juwan Staten split two free throws, before Hall connected on another 3 send Team 23 into the Elam Ending with a 66-65 advantage.

“It wasn’t about me. Guys were looking for me,” Hall said. “I had a little rhythm, but throughout this tournament, it’s going to be somebody different every game and if we buy into that, we’ll have a great chance at the end.”

After Nate Adrian followed up a Kevin Jones miss to give Best Virginia a 67-66 lead, it never scored again, missing its final three shots and turning the ball over twice.

“Those starters were a little tired and they had some guys coming in late that were fresh and they did a great job,” Long said.

For the half, Team 23 shot 68 percent (17 of 25) and got at least five points from six different players, led by Walt Lemon’s eight.

“That’s how it’s going to be because our team is so deep,” said Team 23’s Eric Griffin, who scored eight points. “The next guy brings in more energy.”

After Griffin started the second-half scoring with a conventional three-point play to up the Team 23 lead to 10, Best Virginia ran off a 16-2 spurt in a span of 4:12 to hold a 53-49 lead.

Jones made four field goals during BV’s best stretch of the contest to account for half of the 16 points.

“KJ got going in the third quarter and anytime he gets going, it’s great for our offense,” Long said. “It gives you a reliable scorer in the halfcourt on the low block.”

Although Team 23 pulled even at 53 on consecutive baskets from Charles Mitchell, Tarik Phillip’s 3 and an Adrian layup allowed Best Virginia to enter the fourth quarter leading by five.

From there on out, however, Best Virginia made only 3-of-11 shots, including 1 of 7 from 3, while committing five turnovers and being outscored 9-2 in the Elam Ending.

“The Elam Ending is almost like middle relief and you have to think about it like a baseball game,” Hughes said.

Hall led all players with 20 points, including 13 after halftime. Lemon scored 10, while Sword and Dakarai Tucker joined Griffin with eight points.

“It’s a different situation for me,” Hall said. “I’ve been in positions where I didn’t have as much talent around me. With these guys, everybody has that it factor. It’s about being patient and knowing it’s going to come to you.”

Jones led Best Virginia with 14 points, though he never scored again after the strong third-quarter stretch. Adrian added 12 points and a game-high seven rebounds, while John Flowers battled through foul trouble to score 11 and Morris added 10.

“I told them don’t take this for granted regardless of what happened today,” Long said. “It was a special experience to be around each other again.”