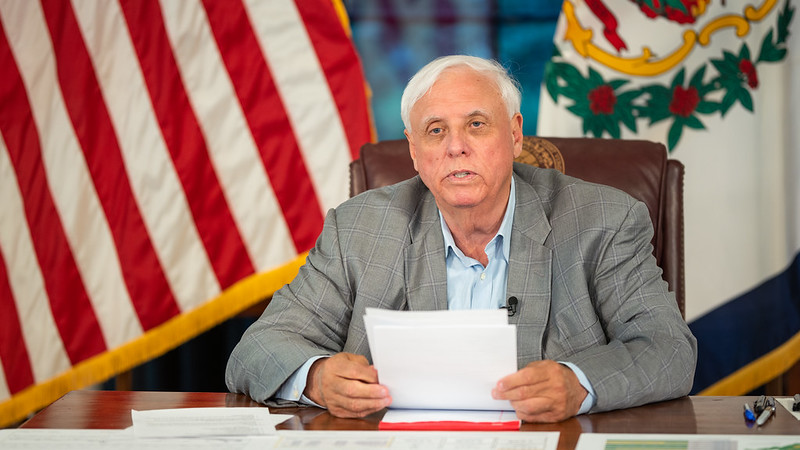 As covid-19 cases nearly tripled over two weeks across the country, concern continued in West Virginia.

The national seven-day rolling average for daily new cases rose over the past two weeks to more than 37,000 on Tuesday. That has risen from less than 13,700 on July 6, according to data from Johns Hopkins University.

“It’s important that we not see the delta variant as what we saw before. This is much worse.”

West Virginia figures showed 35 identified cases of the delta variant today. Just a few days ago, that number was 22.

The biggest concentration is in Berkeley County, which has identified 11 of the cases.

The state has recorded 2,934 deaths from covid-19 since the start of the pandemic. West Virginia recorded 14 new deaths today. That’s in contrast from the last time Governor Justice had a briefing two days ago, when he took solace in the fact that the state had not recorded new deaths over the prior few days.

West Virginia recorded 89 people currently in the hospital with covid-19 with 38 requiring treatment in the intensive care unit, both numbers on the rise.

James Hoyer, who leads West Virginia’s multi-agency response to the virus, said the numbers are evidence of the need to continue progress on getting state residents vaccinated.

“We know the people going into the hospitals and the people dying are the unvaccinated. So we’ve got to get this  moving,” Hoyer said today on MetroNews’ “Talkline.”

He added, “Let’s get vaccinated so we can get past this thing.”

Fewer than half of West Virginia residents are considered fully vaccinated, 48.6 percent — or 871,535 state residents.

Of older residents, those 65 and above, 78.6 percent are considered fully vaccinated.

“We’ve got to get vaccinated people,” Justice said. “That’s all there is to it.”