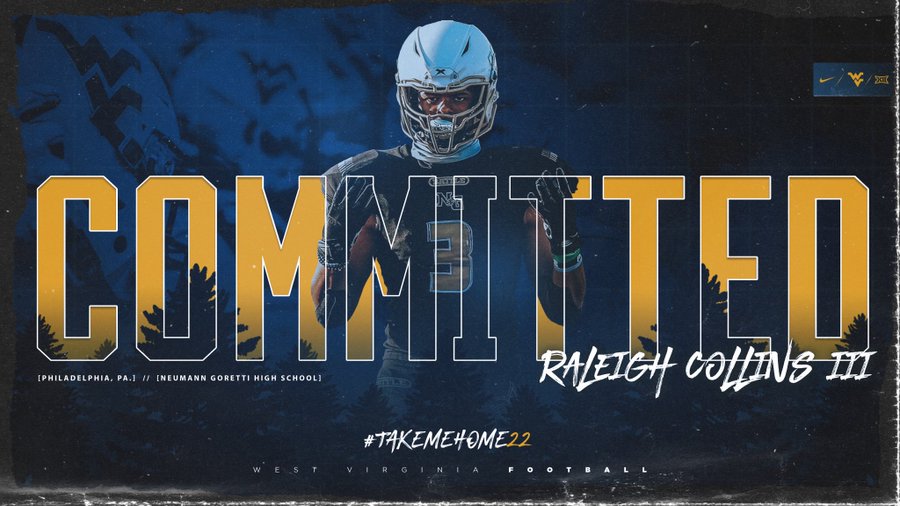 Raleigh Collins III is West Virginia's 15th commit for the Class of 2022.

While conference realignment is the pressing issue across college sports, West Virginia coach Neal Brown continues to add to the Mountaineers’ 2022 recruiting class.

Collins, a rising senior at Neumann-Goretti High School in Philadelphia, is rated a 3-star prospect by 247 Sports and Rivals.

He plays safety at Neumann-Goretti, but could project to a linebacker in college.