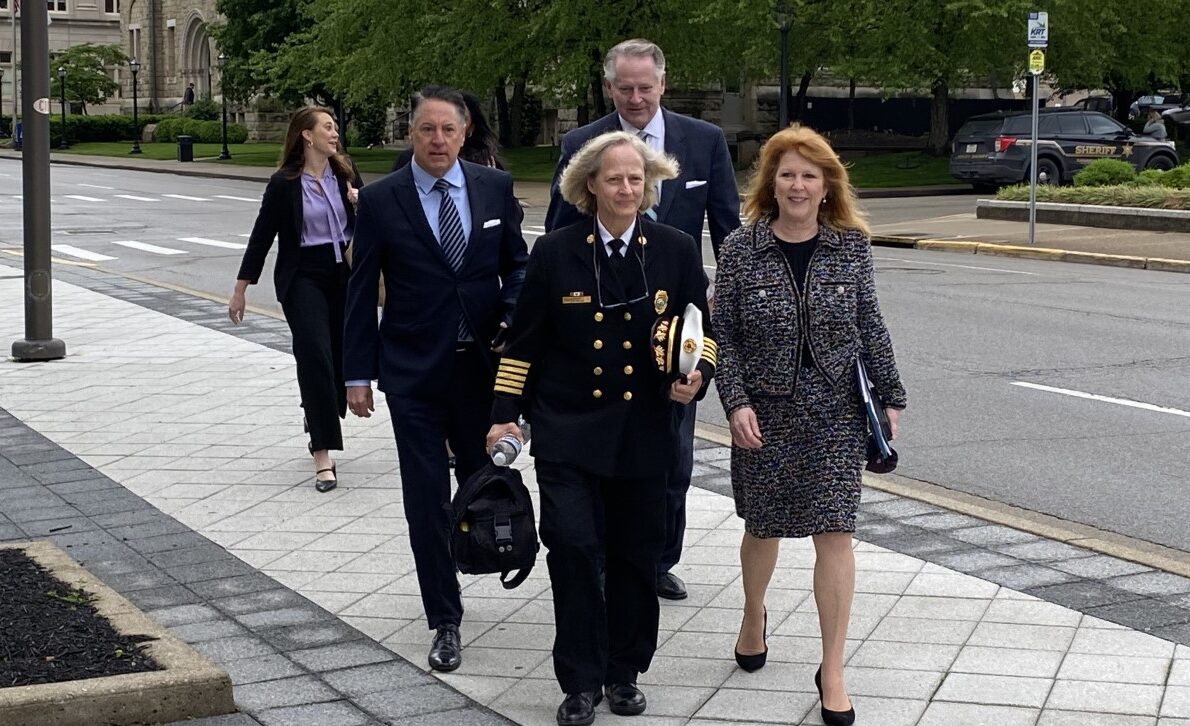 CHARLESTON, W.Va. — A trial that began nearly three months ago focused on the impact of the opioid epidemic in Huntington and surrounding areas enters its final stage Tuesday with the beginning of closing arguments.

The plaintiffs, the City of Huntington and Cabell County, claim drug distributors AmerisourceBergen, McKesson and Cardinal Health, helped fuel the epidemic by dumping 100 million pills into the region over a decade.

The trial, which began May 3 before U.S. District Judge David Faber, has followed a consistent schedule, with only a few days taken off until a two-week break after all testimony had been submitted.

Faber has set aside 12 hours for closing arguments. The plaintiffs are expected to take three to four hours Tuesday followed by six hours from the defendants with a few hours left for rebuttal by the plaintiffs.

MetroNews legal analyst Harvey Peyton expects detailed closing arguments given the trial has been a bench trial and not a jury trial.

“It’s going to be more of a presentation of the overall elements of their case, a more intellectual, a more in-depth (presentation) than if you would have argued this case to a jury,” Peyton predicted.

Attorney Paul Farrell, representing Huntington, will deliver part of the closing argument. He also delivered the plaintiff’s opening statement on May 3.

He said then the case would be built on four main pillars including volume of pills, black flags the distributors should have noticed, the morphine molecule and the opioid epidemic.

Farrell said the “Big 3” had “notice, foreseeability, and acknowledgement” of a problem but they do very little about it.

“Instead of complying they sold more pills,” Farrell said.

During its opening statements, the distributors all said the federal Drug Enforcement Agency (DEA) controls the supply of drugs and their instructions were followed. The defense also pointed at budget decisions made by the City of Huntington to cut funding for law enforcement and a drug task force.

Huntington Fire Chief Jan Rader was among the dozens of witnesses called by the plaintiffs during the trial. Part of her testimony focused on drug overdoses.

“In 2012 it really skyrocketed,” Rader testified. “We were on opioid overdoses (calls) constantly and it continued to rise. No one is immune from it. I’ve seen victims from age 12 to 78. It is heartbreaking. There are no boundaries here.”

She also told the judge about programs that have been established to help first responders who have had to deal with a lot of overdoses. Rader said the funding for those programs isn’t long-term.

“Most everything we’ve done is grant money. That’s start up money,” Rader told Faber. “This is going to take a long time. We need additional funding to keep programs going.”

Future funding is a big part of the plaintiff’s case.

Another attorney for the plaintiffs, Anthony Majestro, said during an appearance on MetroNews “Talkline” earlier this month the plaintiffs are satisfied with what they’ve given Faber to consider.

“I believe we put on a very strong case that these defendants who are distributors of opioids … violated their duties under the Controlled Substances Act,” Majestro said.

“There’s no question that the doctors prescribed them and they (the distributors) shipped them and there’s really no issue that there’s an opioid crisis–the question is–is the one connected to the other?”

Peyton said given the amount of testimony, it wouldn’t be unreasonable for Faber to take up to 60 days to render his decision.

Closing arguments are set to start at 9 a.m. Tuesday at the Byrd Federal Courthouse in downtown Charleston.