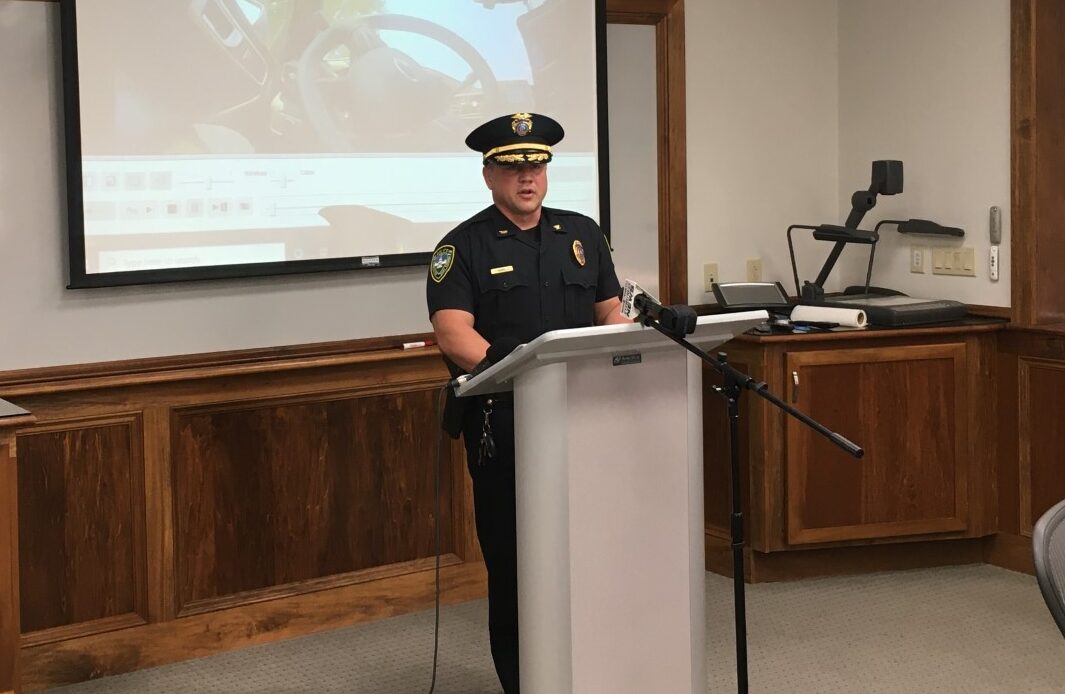 CHARLESTON, W.Va. — Three people face charges following a traffic stop Tuesday in Charleston, in which one man attempted to escape police on foot and two others escaped authorities.

Joseph Scott Larch, 38, of Charleston and 20-year-old James Evans of Elkview were taken to a hospital for treatment following their interactions with police. Kanawha County Sheriff’s deputies arrested Brandon Bandy, 26, of Elkview after the incident.

According to Charleston Police Chief Tyke Hunt, police officers pulled over a vehicle without a visible license plate near Court Street around 2:30 p.m. Four people were in the car at the time.

While officers were conducting a vehicle information check and checking for possible warrants, Larch ran away from officers. As officers pursued Larch on foot, he shot at officers with a firearm. The officers fired their guns at Larch and struck him multiple times. Two police officers treated Larch at the scene and called for paramedics.

“That speaks volumes of the character of the Charleston Police Department,” Hunt said. “To just have someone try to take your life and now you got to change gears and do the best you can to save theirs.”

Hunt said Larch is in critical condition. He also noted the man has a criminal history with the city of Charleston.

During the gunfire, Evans fled the scene with the vehicle. Officers located the car on West Side Hill and pursued Evans before he crashed in the 900 block of Valley Drive. Hunt said Evans had crash-related injuries.

Larch faces charges of attempted murder and wanton endangerment, while Evans has been charged with fleeing with reckless indifference. Hunt noted Evans was also wanted on federal charges.

Bandy had misdemeanor capiases for driving under the influence and possessing a controlled substance without a prescription. He will also be charged for fleeing authorities.

No police officers were injured.

Hunt said the fourth person cooperated with authorities. Their name has not been released.