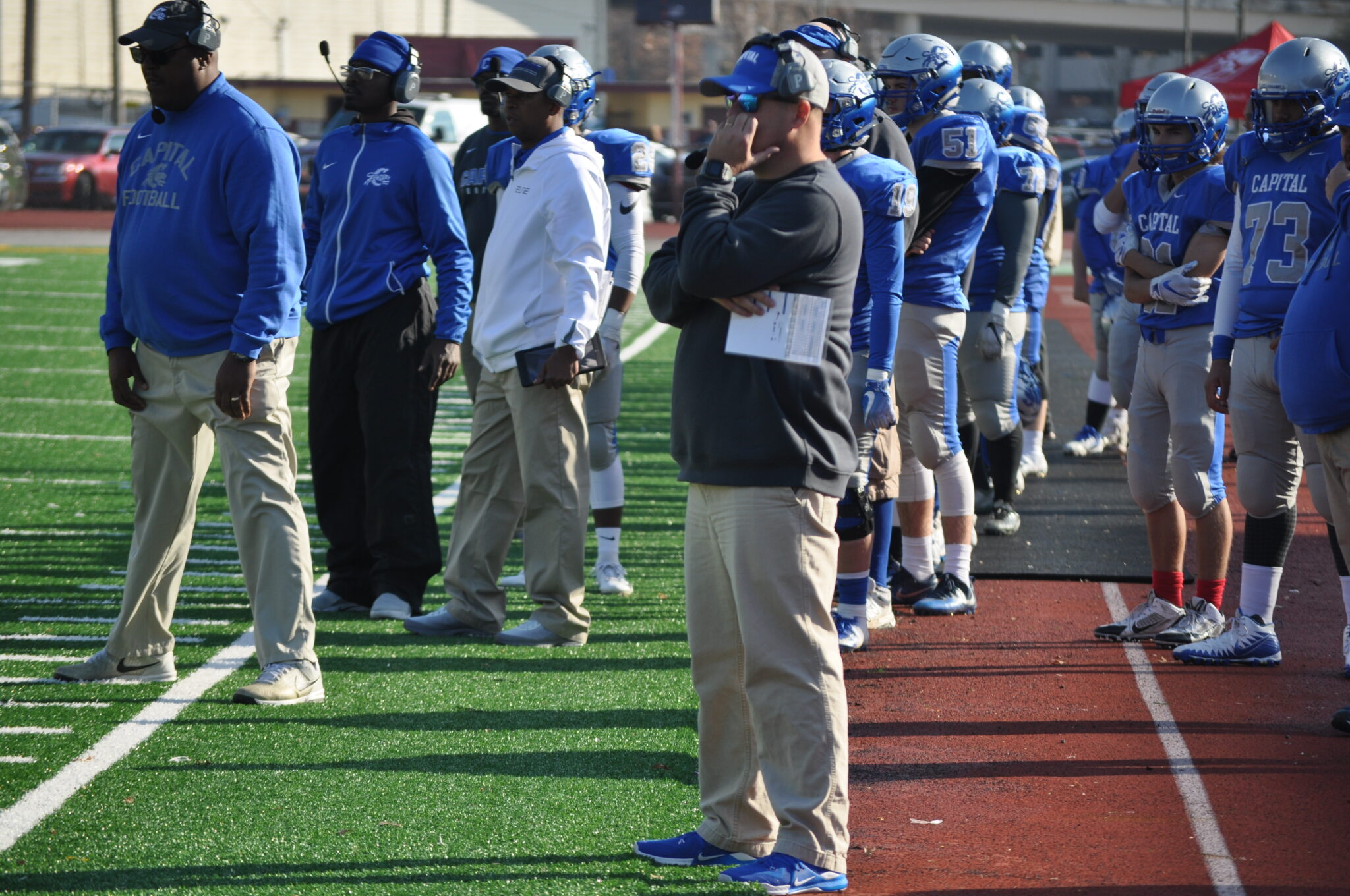 Longtime assistant coach Mark Mason was approved Wednesday by the Kanawha County Board of Education as the Cougars’ new head coach.

A Capital assistant since 1999, Mason continued to hold that title this summer after the resignation of head coach Jon Carpenter in June, though it was expected he would be named Carpenter’s replacement.

“I worked with them over the three-week period and we had about 40 kids participate,” Mason said. “They came out and we played in the MSAC event that was a substitution for the Grid-O-Rama at South Charleston and Riverside. i just enjoyed how the kids competed and how they all worked together. It was trying to do everything we had worked on throughout three-week period.”

Mason previously coached the offense line and defensive line as an assistant under Jack Woolwine, though more recently he was strictly a defensive line coach.

Mason takes over a program coming off a season in which it completed only three games.

Because of the pandemic, Kanawha County schools didn’t play games until October, while positive COVID-19 tests within the Capital program shut the Cougars down later that month. While finishing 1-2, Capital played two fewer games than every other Class AAA school, missed out on the playoffs for the first time since 2011 and endured its first losing campaign since 2002.

“With last year’s outcome that ended it, our kids have come in and done a tremendous job of preparing themselves for this upcoming season,” Mason said. “They’ve come to all the workouts, they’re lifting weights. They’re learning our program and it just seems like everyone is on board and they have a positive attitude.”

Mason, a graduate of Charleston High who went on to play football at Marshall from 1989-1991, recognizes why the excitement level is so high after last year’s disappointment.

“A lot of our kids were doing home school with the coronavirus going on. They weren’t able to see one another and get out and exercise or throw a football around,” Mason said. “They just had to do what they could do when they could do it. The unknown of when you’re going to play or when you’re going to practice, if you’re going to practice, all of those things really affected our kids. Coming into the locker room, we didn’t know if coach Carp was going to say that we’re a go or a no go and that’s how it went almost every day.

“But last year was last year. Now we’re in a new season and moving forward with everything.”

Capital will play for a much bigger purpose this season after former Cougars’ standout K.J. Taylor, 18, was shot and killed April 7 in Charleston. Taylor was held in high regard by this year’s Capital roster.

“We’re actually just trying to get back to normal with the loss of K.J. Taylor,” Mason said. “That tragic loss is still fresh to some of our kids and in their minds. They’re trying to work hard for him and to get the job done. We’re just trying to get ourselves back to the normal and having fun.

“A lot of the kids have not really spoken about it, but K.J. was a hard worker, a very good athlete and right now, everyone is really working to do what K.J. would’ve been doing. K.J. was a leader to most of the kids that we have right now.”