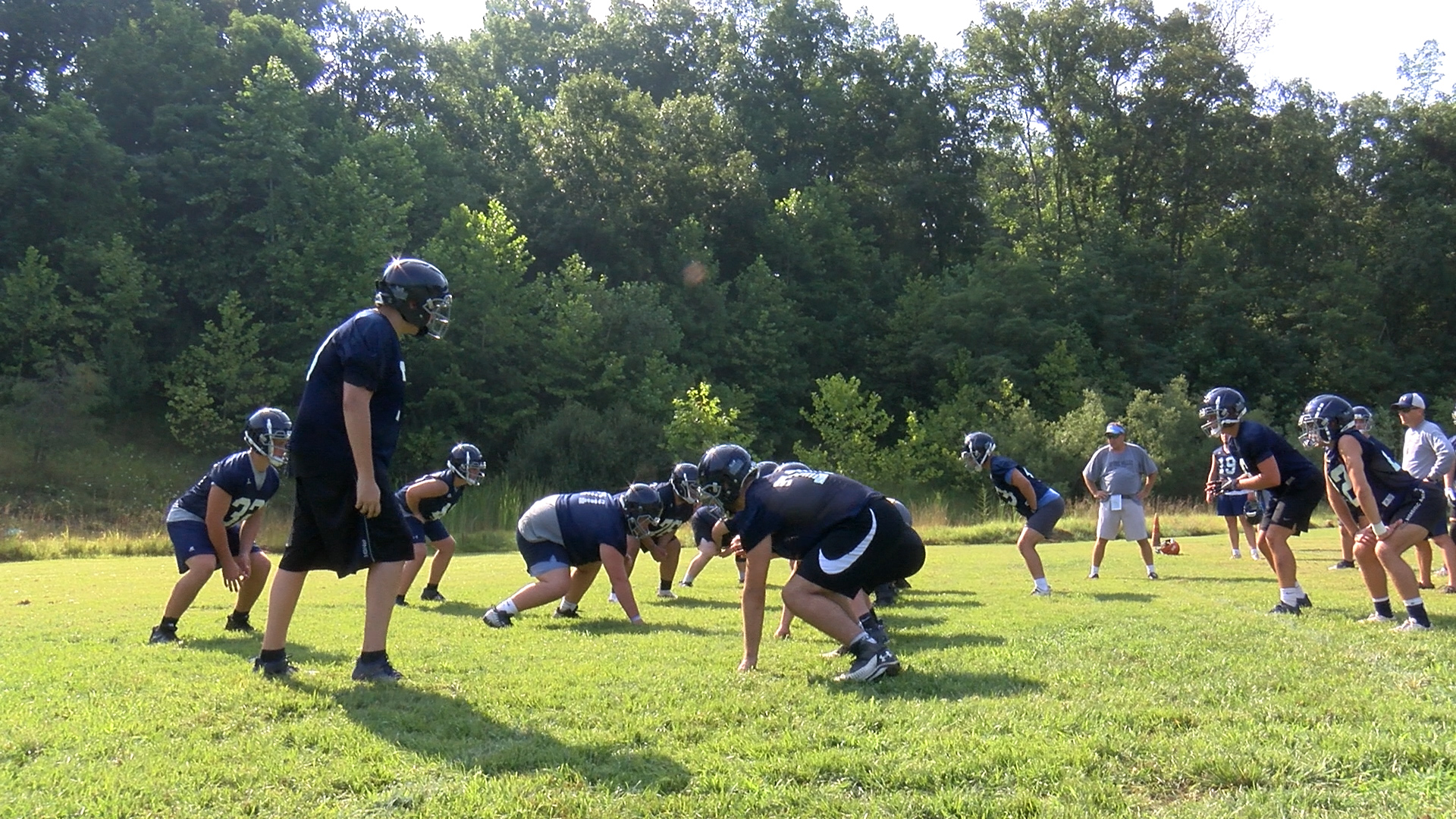 HUNTINGTON, W.Va. — Spring Valley played just five games last fall as the Timberwolves found themselves on the wrong side of the COVID metrics map. The Wolves however ended Martinsburg’s four-year winning streak and defeated 2019 state champion Bridgeport. Their only loss came to Class AA title winner Fairmont Senior. A large senior class ended their high school careers with a 4-1 season.

“You are in it to build a family and to help these kids become good young men, great citizens, great fathers and great husbands,” said Spring Valley head coach Brad Dingess. “But you also want to try to win some football games in the end.”

As Dingess enters his 14th season leading Spring Valley, depth at the skill positions could set this year’s team apart from some recent Timberwolf squads. Seniors Jace Caldwell (350 yards from scrimmage, 4 TD in 2020) and Ben Turner (8 receptions, 107 yards, 2 TD) could make impacts all over the field.

“Jace is working at quarterback too but he played the wingback spot for us last year,” Dingess said. “He got some carries and I think he is our main rusher returning. Turner has a lot of similarities to (Graeson) Malashevich when we had him a couple years ago. I think there’s a lot of things that you can put him in the backfield and let him run it. You can put him in the slot, kick returner, punt returner. He can do a lot of things.”

“It is the expectation for us to be good,” Turner said. “We really have been working in the weight room everyday. This is the strongest team that has ever come through Valley.”

As former NFL and Marshall tight end Mike Bartrum returns to the Thundering Herd program this year, his son Ty will enter the Timberwolves’ backfield. Ty is committed to play at Harvard.

“He has fit in awesome,” Dingess said. “He’s our type of kid. He is very blue collar. He comes to work every day.”

Not many teams can lose a pair of linemen to the Division I level (WVU’s Wyatt Milum and Bryce Biggs) and still have two more on their roster the following year. But that’s a luxury Spring Valley has with Corbin Page and Evan Ferguson leading the way.

“We lost the two tackles and you can’t replace two Division I guys that are 6-foot-6, 300 pounds,” Dingess said. “We’ve got three guys back up front with a lot of experience.”

Page committed to WVU last December and the 6-foot-6, 240-pound tight end presents a matchup problem for any defense.

“You can split him out and he is hard to guard one-one-one just because of his body,” Dingess said. “He is a lot faster than what you think.”

“Expectations will always be a state championship,” Page said. “I feel like we are very underrated right now. But we have plenty of weapons. We are going to shock the state. I feel like this is our year.”

Sports
East Carolina at Marshall: What to watch for
The Thundering Herd look to protect the ball and slow Pirates' quarterback Houston Ahlers in an effort to prolong an unbeaten start to the season.
By MetroNews
Sports
West Virginia visits defending national champion Marshall in Top 10 clash
The Mountaineers are ranked fourth nationally while the Thundering Herd are sixth.
By Joe Brocato
Sports
Kellar & Lopez combine for 3 TDs, Lincoln's defense shines in 21-13 win at Nicholas
The Cougars improved to 3-0 with a quality road victory.
By Joe Brocato
Sports
Wright's prowess on kickoff returns will be put to the test against Hokies
WVU's kickoff return unit has been a super strength early in the season, but Virginia Tech's kickoff coverage has been among college football's best for a long time.
By Greg Carey
View AllHoppy's Commentary