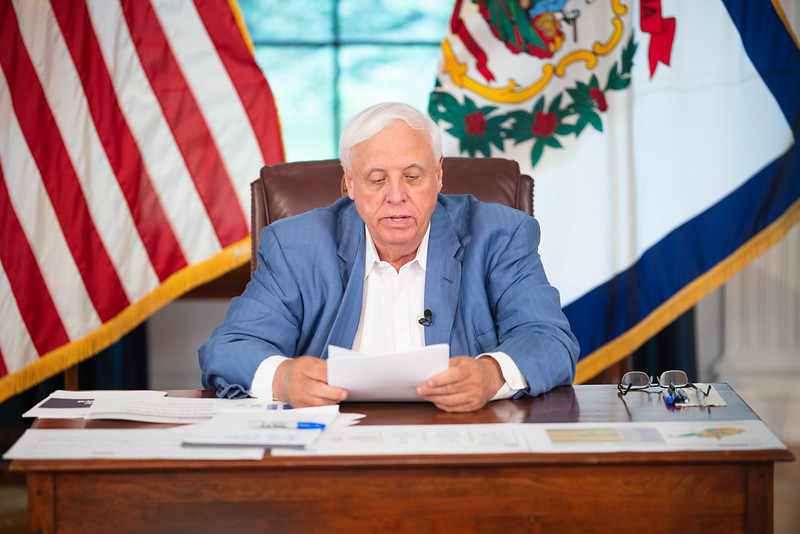 Companies owned by Gov. Jim Justice have stopped making payments on any of more than $300 million in loans to their longtime banker during a contentious, multi-faceted dispute, according to the latest filing by the bank in federal court.

The bank is demanding all the money.

Justice and his companies sued Carter Bank & Trust in federal court May 31 over millions of dollars in loans that were coming due the next day. That lawsuit claimed the bank grew restrictive, the financial relationship grew toxic and the bank wouldn’t cooperate on refinancing loans coming due for Greenbrier properties.

“The Justice Entities then deliberately stopped making payments due on over $300,000,000 in loans to Carter Bank. Plaintiffs are now delinquent on their payments that were due on June 1, July 1, and August 1, 2021 on those loans,” wrote lawyers for the Martinsville, Va., based bank.

“Carter Bank has accelerated Plaintiffs’ delinquent loans and made demand upon Plaintiffs for payment in full.”

The Justice companies and the bank are fighting in two legal venues over millions of dollars in debt.

The Justice companies filed suit in U.S. District Court for the Southern District of West Virginia this past Memorial Day, the day before two big loans were coming due on The Greenbrier Sporting Club and Oakhurst Club.

On July 6, Carter Bank filed claims of $58 million on the defaulted sporting club and Oakhurst loans against Jim and Cathy Justice. Those claims were filed in Circuit Court of the City of Martinsville, Va., which is where Carter Bank is based.

Jim and Cathy Justice signed the guarantees during a broad, 2020 restructuring of the debt of family-owned companies. That document, which was filed in federal court, shows such guarantees were signed on loans representing millions of dollars in loans covering several Justice properties, with most coming due in October, 2022.

Now, in the latest federal court filing, Carter Bank contends the Justices have defaulted on those loans too by not paying what’s been due the past three months.

The latest court filing by the bank drops all that financial information in its introduction but it’s really a document intended to express opposition by a motion by Justice’s lawyers to ask more questions about jurisdiction and venue.

Carter Banks has contended the federal suit was filed in the wrong district, citing the residences and activities of most of the key players in western Virginia. The bank also cites documents that say any legal disputes should be resolved in western Virginia.

Carter Banks has moved to dismiss the case entirely because of the venue issue — or at least to transfer the case.

The bank contends the effort by the Justice companies to interview a series of defendants over the venue question “is to delay this case, and thereby help delay the state court creditor suits and put off the day that Plaintiffs must answer for their deliberate defaults.”

Justice successfully ran for governor in 2016 by characterizing himself as a successful businessman who could translate that experience.  Forbes had named him as the state’s only billionaire, a title that was retracted this year over the financial troubles with the international financial services company Greensill.

In addition to the dispute with Carter Bank, the Justice companies are in talks with the international financial company Credit Suisse over how to handle an estimated $700 million in debt.

And the Internal Revenue Service has filed several liens in recent months on Justice entities, including one of at least $1.07 million against the Greenbrier Hotel Corp.

Last week, when asked to provide an explanation for IRS liens on several of his business properties, the governor instead said coverage of his family’s companies should be more positive.

“I’m super respectful and I try to answer any question,” Justice said during a briefing July 27. “I’ve told everyone that if you’ll tend to the business of the state of West Virginia as I’m tending to the business of the state and you’ll just stay out of my family’s personal stuff you’ll find the final outcomes will be exactly what I’ve told you they’ll be. They’ll be worked out.”

He continued, “From the standpoint of legality and everything else, you can continue to run down ratholes and try to come up with stuff here and there, but at the end of the day I hope and pray, at least, that you’ll report the final outcomes.”