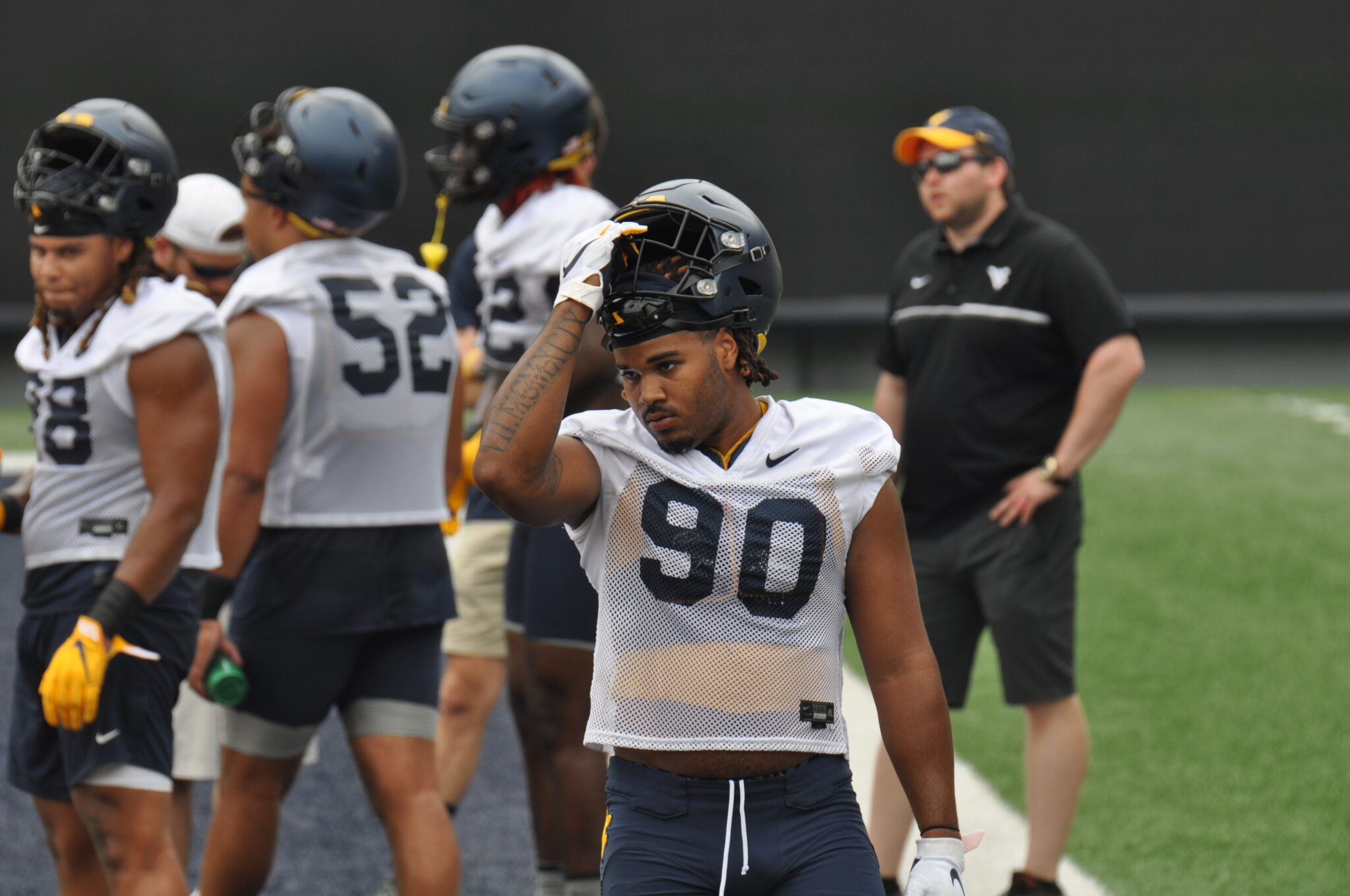 MORGANTOWN, W.Va. — WVU sophomore defensive lineman Akheem Mesidor is tasked with stepping into the spot once occupied by two-time All-Big 12 selection Darius Stills. Mesidor proved himself worthy of a starting role after a freshman season where he collected 32 tackles and five sacks in ten games. The five sacks were a team-best for the Mountaineers. Early success came as a surprise to Mesidor.

“I didn’t think I was going to have as much success as I did when I got here. Coming into college, I was expecting to be a practice player or have a small role on special teams. Once I got here, I realized that I could be a good college lineman. Once I got in the game and started making a few plays, it just felt normal,” Mesidor said.

“It was a good feeling. It was definitely a boost of confidence. It felt like I was playing the game I loved again.”

After a promising freshman campaign, No. 90 will have many more eyes on him and a new territory to patrol. Mesidor has moved inside to nose tackle, playing right in the middle of WVU’s defensive front.

“It is a little bit more challenging due to the fact on the inside you have a lot less space to work with. But I am getting used to it.

“I’m expecting to have a little more attention on me. But it shouldn’t be that much more of a difference. At the end of the day, football is football.”

To prepare for what could be a steady stream of double teams, Mesidor has bulked up in the offseason.

“I would like to work up to 285 since I am playing nose and I have to defeat a double team a lot.”

Mesidor will play alongside senior Dante Stills, who led the Mountaineers with 10 1/2 tackles for loss last season.

“Me and Dante are building a little chemistry. Playing with him during the spring, it was fun. We didn’t have that great chemistry in the spring. We just lined up and played. But I am expecting to really get better and play with him side-by-side. Soon we should be able to know what we want to do.”

Mesidor is a native of Ontario, Canada and concluded his prep playing days at Clearwater Academy International in Florida. Mesidor says football has a big presence north of the U.S. border.

Defensive teammates Alonzo Addae and Deshawn Stevens also hail from the province of Ontario. Several Canadian athletes have competed for other Mountaineer programs as well.

“I never knew it was as multicultural as it is and how many Canadians there are here. My academic advisor was from Canada. I had no idea.”