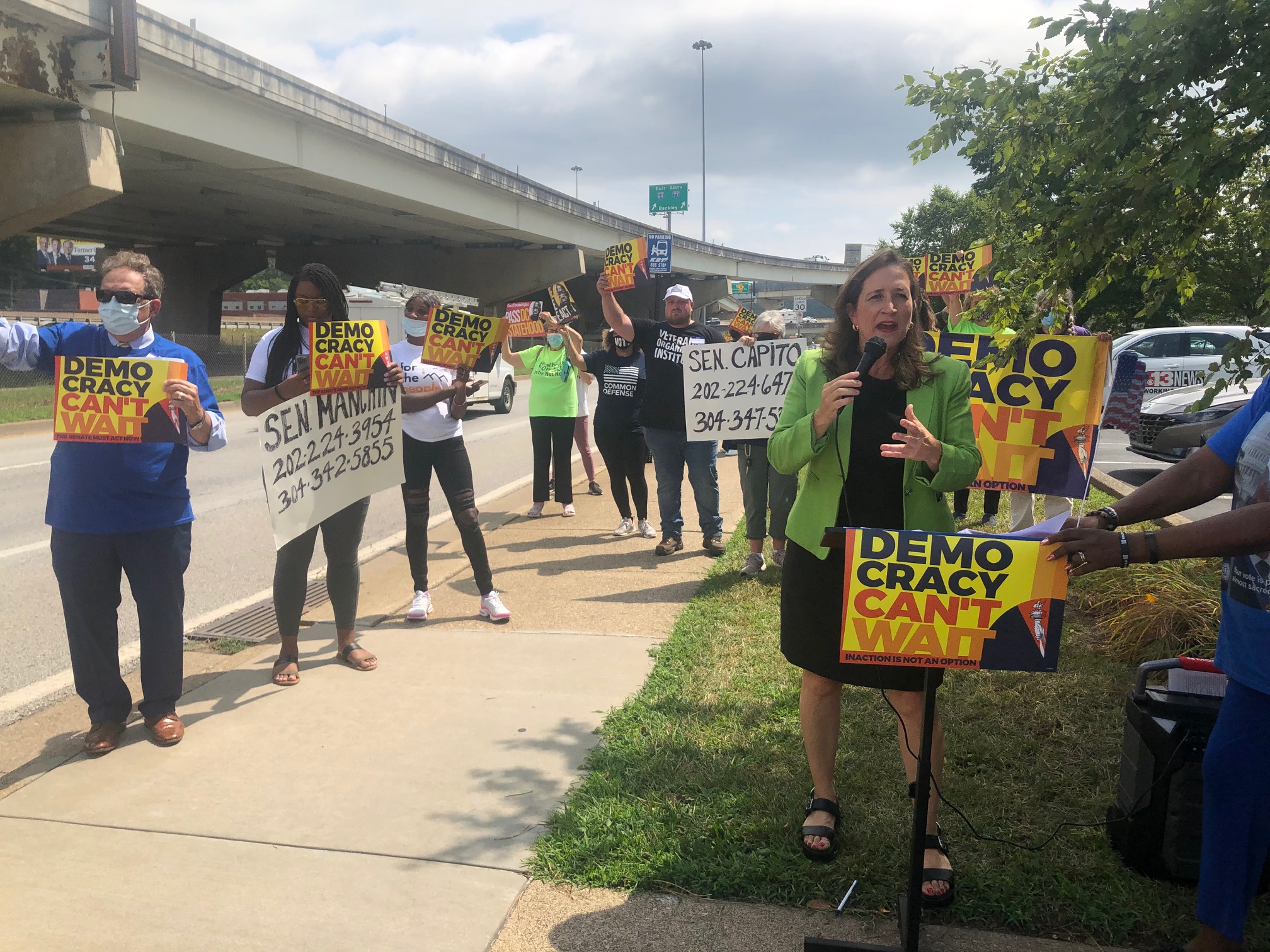 Natalie Tennant, former WV Secretary of State, speaks during the rally on Tuesday.

Protect Our Vote West Virginia, a local coalition of activists and organizations including WV for Democracy, Rise Up WV, WV Citizen Action Group, and WV Citizens for Clean Election hosted a Democracy Can’t Wait (Recess Can) Rally to push the U.S. Senate to pass the For the People Act, HR 1.

The legislation aimed at increasing voter access was rejected by Senate Republicans in June.

“The For the People Act is an important act which will prevent dark money from buying our elections. It will also help to make sure our redistricting is fair and impartial,” Sally Roberts, co-chair of Rise Up WV told MetroNews on Tuesday.

The groups stated that “if passed before the deadline, the For the People Act will ensure fair districting, ban partisan gerrymandering, and ensure our communities can thrive for the next 10 years and beyond.”

Republicans have criticized HR 1 as giving the federal government too much control in elections and infringing on the states’ authority. The measure, long supported by the Democrats, would have addressed issues such as campaign financing and gerrymandering, as well as increased voter options and access.

Roberts said this would not be a federal overreach.

“It is important in federal elections that we have one national standard so that when people move from place to place, state to state, they can expect to be able to vote in an election without having to run through many hoops,” she said.

There have been several events in favor of passing the act recently, including a roundtable discussion in Charleston last week and West Virginia House Delegates marching on Washington D.C.

“We want our senators to please speak out, speak to one another, resolve your issues, and pass voting rights for every American and every West Virginian,” Roberts said.