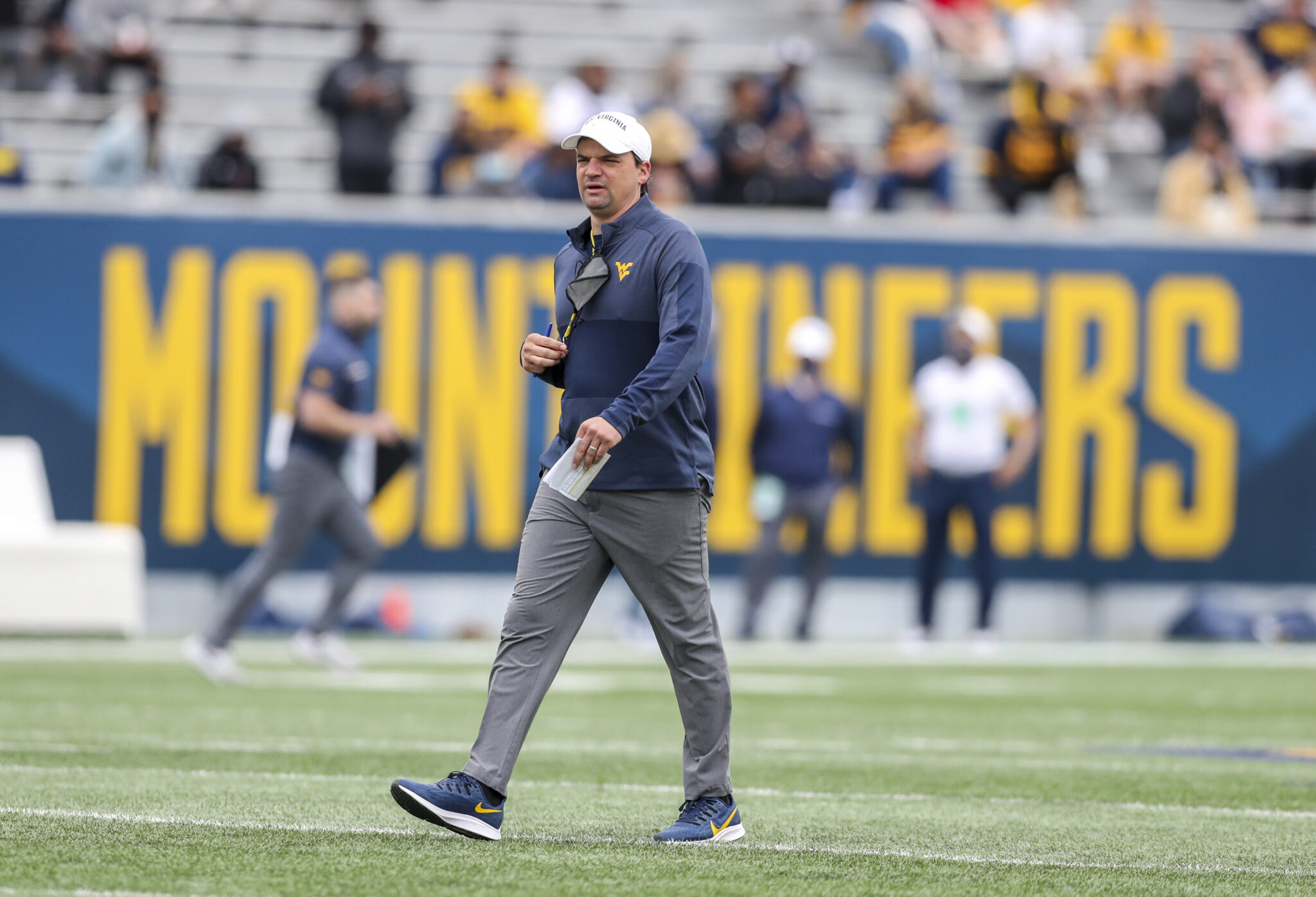 MORGANTOWN, W.Va. — It’s been nearly three weeks since news first surfaced of Oklahoma and Texas’ mutual interest in leaving the Big 12 Conference for the Southeastern Conference.

Since then, the Sooners and Longhorns have informed the Big 12 they will not renew their grant of media rights with the league when it expires prior to the 2025 football season. Additionally, regents at both schools unanimously voted to accept an invitation to the SEC after the conference’s 14 members voted in the same fashion to invite OU and OT.

All of it has left the future of the Big 12 very much in jeopardy, with West Virginia in line to be one of the league’s eight remaining members.

How, then, has West Virginia football coach Neal Brown addressed the matter with his team, which began preseason camp last Friday?

“We talked about it real early and what I said is, ‘I have no crystal ball. I have no idea how it’s going to play out,’” Brown said. “What I do know, though, is West Virginia, for a really long time, has been in a bunch of different conferences, but played at a high level. The success of our men’s basketball program and our football program will dictate that we’ll be in a good landing spot. I can’t project what that looks like for the foreseeable future.”

Oklahoma and Texas will be in the Big 12 this season.

Beyond that, their status as league members is shaky at best. While the grant of media rights doesn’t expire for nearly another four years, it’s possible, and perhaps even likely that both schools will join the SEC before then. Depending on what comes of what’s left of the Big 12, Oklahoma and Texas could agree on a settlement, albeit an expensive one, to leave the conference sooner.

“We’re in the Big 12. We’re getting ready to play in the Big 12,” Brown said. “We’re happy members there and it’s not going to affect anything that we’re doing this year. We’re going to play the same schedule.”

As for West Virginia’s future, the last several weeks have been filled with talk of everything from the Mountaineers looking to join the Atlantic Coast Conference because of its geographical fit and the ability to revive old rivalries with former Big East members, to the Big 12 forming a partnership with the Pac-12.

In between, there’s even been thought that the eight Big 12 holdovers could partner with the American Athletic Conference or perhaps a few AAC teams jump ship to the Big 12 to make it a 12-team conference.

It hasn’t quite been a full decade since West Virginia last went through this after the disbanding of the Big East caused the Mountaineers to leave a league they’d been a member of since 1991 and join the Big 12 prior to the 2012 football season.

Much has changed in Morgantown since then, including Brown as football coach, Shane Lyons as athletic director and E. Gordon Gee as President.

“We’ve had several different conferences — the one common is we’ve always played football at a really high level here and we’ve handled those changes, whatever they may be,” Brown said. “We will do that moving forward as well.”