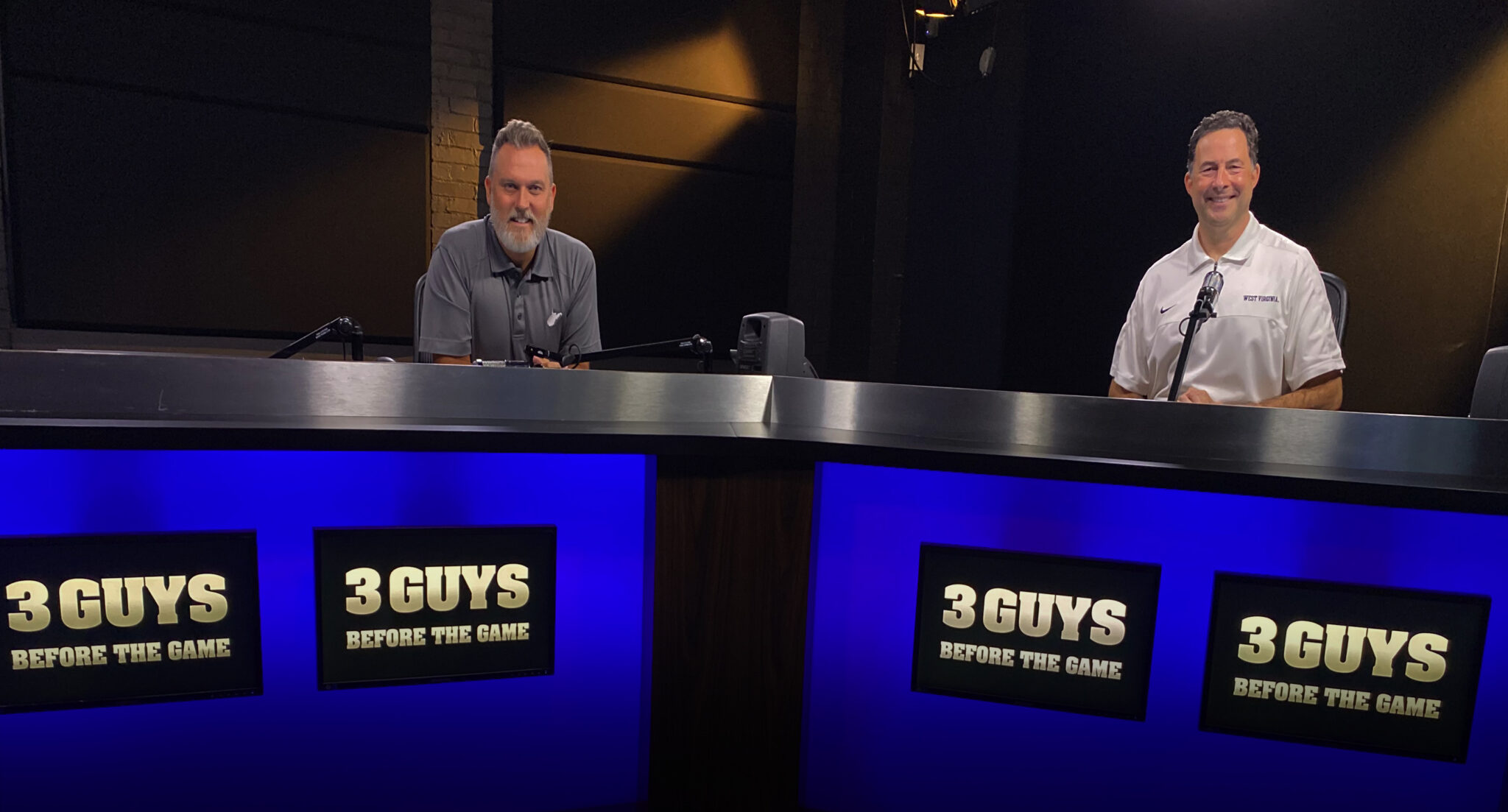 It’s been 25 years since WVU football all-time sacks leader and consensus All-American Canute Curtis last  played for the Mountaineers.  It’s been over a decade since he last stepped foot on campus.

Despite the passage of time, the native of Amityville, NY has vivid and fond memories of his record-setting career.

How did West Virginia’s geography lead him to Morgantown?  Which coach made the biggest impact of his career?  Which WVU teammate did he “hate” as a freshman?

The answers to those and many other questions come your way on episode 300 of Three Guys Before The Game.

WVU Sports
Mountaineers set to open season against Indiana
After missing out on the NCAA Tournament for the first time since 1999 last season, West Virginia is hoping for much more under veteran head coach Nikki Izzo-Brown.
By Greg Carey
WVU Sports
Koonz likes direction of special teams units, which will feature fair share of fresh faces
The Mountaineers are striving for improvement on kickoffs and more explosiveness from their return units.
By Greg Carey
WVU Sports
Milum 'comfortable' with move to left tackle, ready to take next step as a sophomore
After gaining valuable experience as a true freshman, Wyatt Milum has switched from right tackle to left tackle.
By Greg Carey
WVU Sports
Three Guys Before The Game - School Bells Ringing (Episode 393)
Mountaineers continue march toward the Backyard Brawl
By MetroNews Staff
View AllHoppy's Commentary