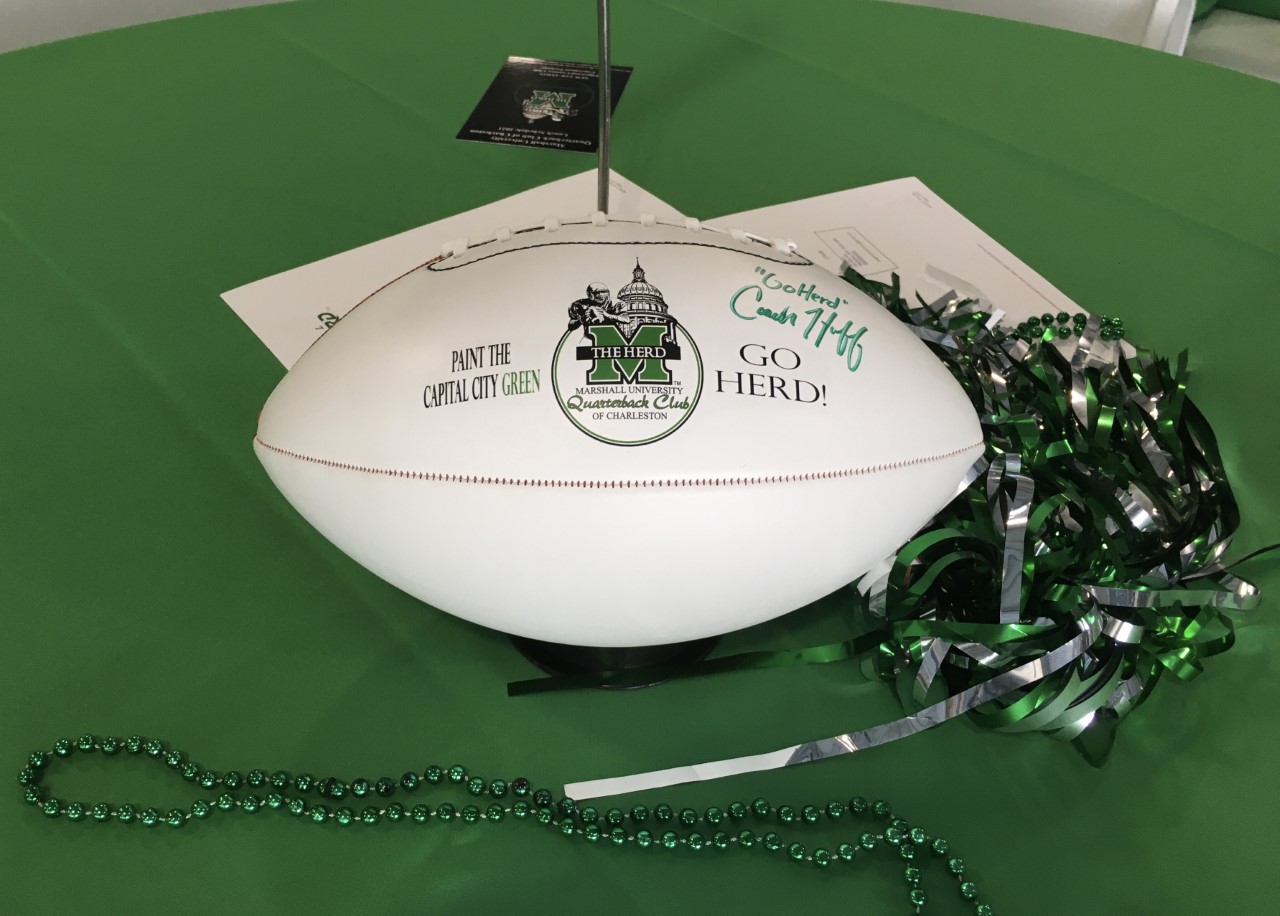 CHARLESTON, W.Va. — After a year off because of the coronavirus pandemic, the Marshall University Quarterback Club of Charleston’s effort to unite fans in excitement for the upcoming football season returned Thursday.

“We decided this would be a great way to showcase the new program and also provide a semi-outdoor facility for this event during COVID,” Marshall University President Jerome Gilbert said.

The football program is beginning a new era with Charles Huff assuming head coach responsibilities. The university in January hired Huff, who spoke during the event.

“It is the most positive attitude I have seen since I’ve been here in terms of Marshall football,” Gilbert said. “People are over-the-top excited over Charles Huff. He is going to be the greatest coach in the history of Marshall, in my opinion.”

Gilbert noted it may be difficult to keep Huff in Huntington if he is successful, but Gilbert has no doubts the Thundering Herd will be competitive.

“I hope we can keep him,” he said. “I think that is his goal is to have a national championship at Marshall University.”

Kate Stulley, a sophomore student and member of the Marshall University Dance Team, said she and her fellow dancers are excited for the football season to begin; while the team participated in games last fall, interactions were limited because of the coronavirus pandemic.

“They can feel the energy from the crowd, and we help with that,” she said.

Stulley noted it was amazing to see the support for the football team is strong in Charleston.

“It shows that it’s not just Huntington that loves Marshall,” she added. “It’s the whole state of West Virginia.”

The Thundering Herd will begin the season on Sept. 4 at Navy. The first home game will be on Sept. 11 against North Carolina Central University.