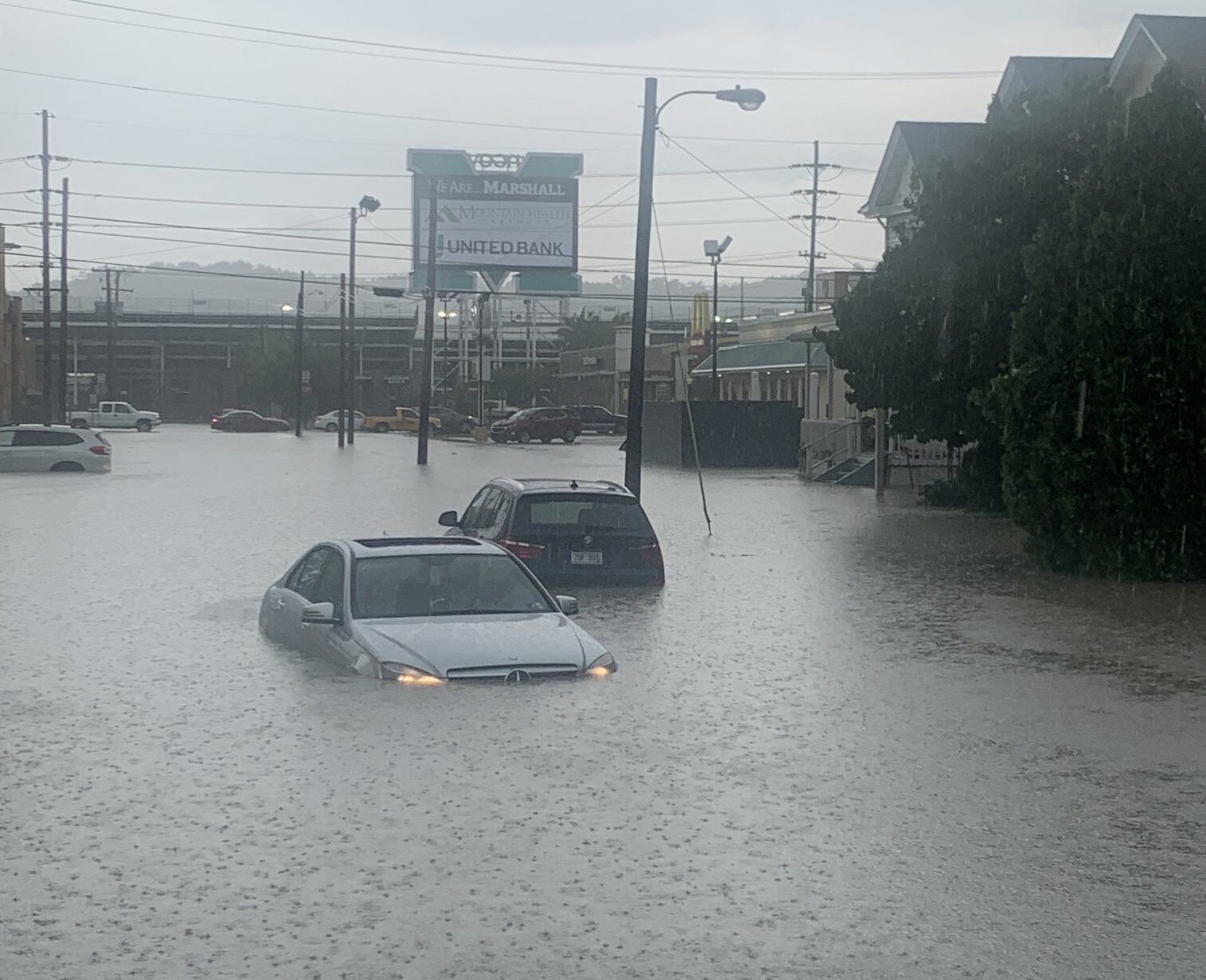 The streets around Joan C. Edwards Stadium were among those that flooded. (Photo/Twitter)

HUNTINGTON, W.Va. — Sections of two Marshall University classroom buildings will be closed for the rest of the week after floodwaters got into several ground floor classrooms Monday.

Marshall Communications Director Leah Payne said a handful of classrooms in the Smith Hall and the Marshall Science Building were damaged Third Avenue flooded after several inches of rain fell in a short period of time.

Payne said water got into a total of seven campus building but three so the most extensive damage the aforementioned education and science buildings along with the Cam Henderson Center.

Payne says crews began cleaning things up and airing things out Tuesday. She said the effort would take the rest of the week.

Repairs to the Henderson Center, which house some Marshall sports teams, will take longer.

“There was duct work damaged near the men’s basketball locker room,” Payne said. “It will have to replaced and it’s going to take several weeks to repair.”

The locker room is currently inaccessible.

Huntington Mayor Steve Williams says the significant street flooding highlights an ongoing problem in the city with aging infrastructure. He said that infrastructure does not include separate sewer systems for storm water and sewer water.

“We don’t have storm sewers that would let the water flow toward the (Ohio) river. This was built 80 years ago when the environmental concerns weren’t present,” he said.

Williams said it was some of the worst street flooding he’s seen. Payne agreed.

“I’ve been on Marshall’s campus for more than 15 years and I’ve never seen anything like that happen,” she said.

Marshall’s Office of Student Affairs is working with students who may have suffered damage. Payne said emergency grants could be awarded.