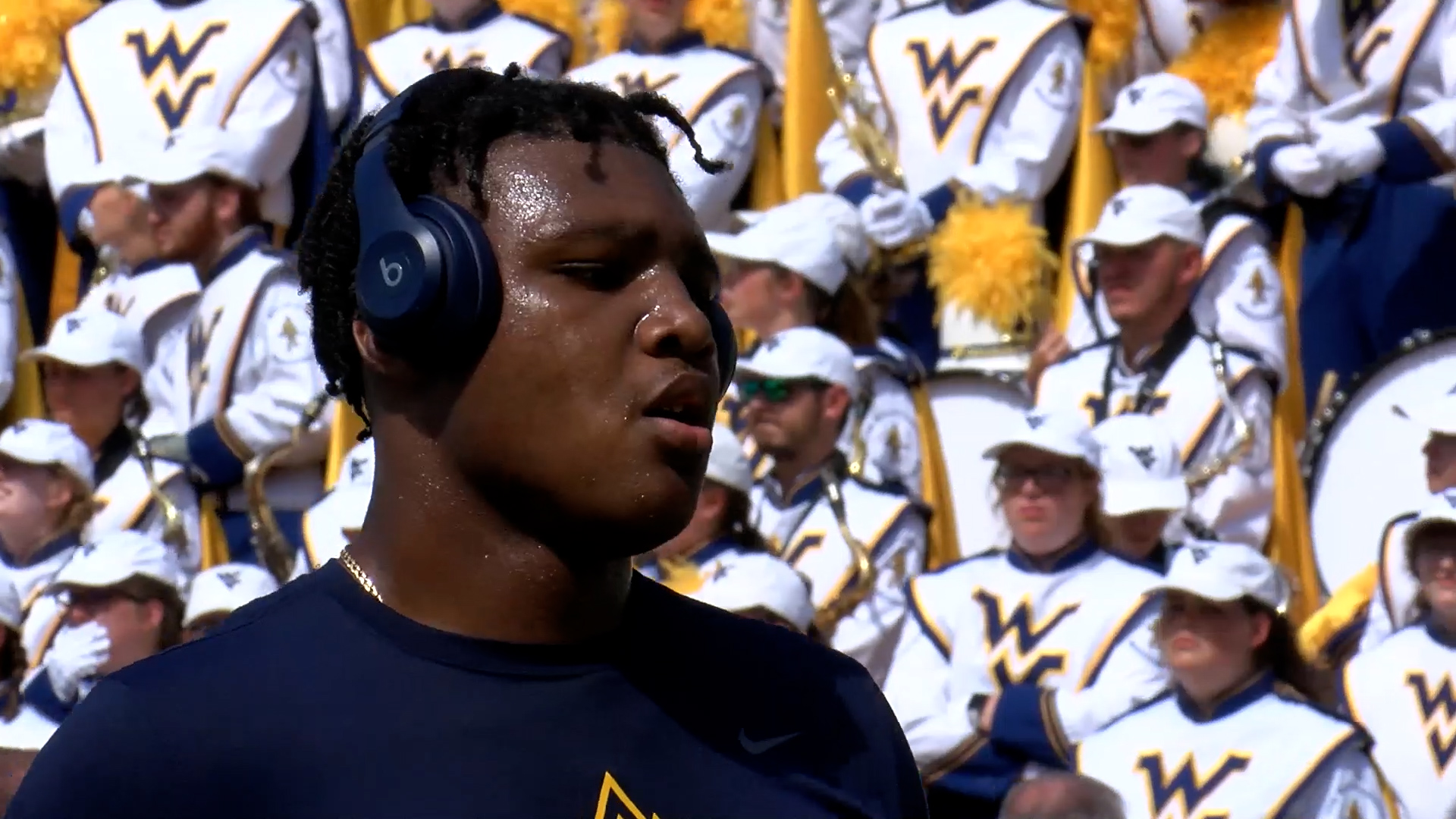 MORGANTOWN, W.Va. — Bluefield native Sean Martin took a unique route to become a Mountaineer. Martin played in the Class AA state championship game three times, winning the title on a 14-0 team as a sophomore. He had nearly twenty scholarship offers from ‘Power 5’ programs, including the likes of Maryland, Michigan State, Penn State and Oregon. Martin committed to play at North Carolina but stayed in contact with coaches at WVU. Even a former high school rival, Fairmont Senior’s Zach Frazier, leaned on Martin to head north to Morgantown. The persistence paid off.

“What made me decommit is when I committed, Coach [Jordan] Lesley was still recruiting me. Coach [Jahmile] Addae was still texting me. I was talking to Zach [Frazier] a little bit. He told me he has committed too. So I was like, maybe I need to change my decision. So then I just waited. I felt like this was the best place for me,” Martin said.

As a true freshman in 2020, Martin played sparingly. He saw action mostly on special teams and appeared in the final five games of the season. In the following offseason, Martin added muscle and started growing into his frame.

“He is able to use his length but now he has the strength to do that,” Lesley said. “That will continue to get better the older he gets. Really, his improvement has been accelerated for whatever reason over the last three weeks. That has been fun to coach and been fun to watch.”

Martin earned praise from the WVU coaches for his season-debut performance at Maryland. Added playing time came in large part due to a strong end to training camp.

“I feel like when I first went out there I was nervous,” Martin said. “That was like my first real college experience of playing. After like two plays, I was having fun again.”

Martin has shifted inside-out from defensive tackle to defensive end. It is a spot where his speed and use of hands are his greatest tools.

“At D-tackle, the game comes faster to you,” Martin said. “At D-end, you have more time to adjust and see what the tackle is going to do, instead of reading the guard and seeing what the guard is going to do.”

Martin was also an accomplished basketball player at Bluefield. Although spare time in the offseason is rare, Martin says some of his teammates can keep up with him on the hardcourt.

“I miss basketball a lot. It was fun. I didn’t really get to finish my senior year because of COVID. But it was fun while it lasted,” Martin said. “Honestly, Winston [Wright] and Sam James might be the best. Bryce [Ford-Wheaton] isn’t bad but Winston is probably the best basketball player.”