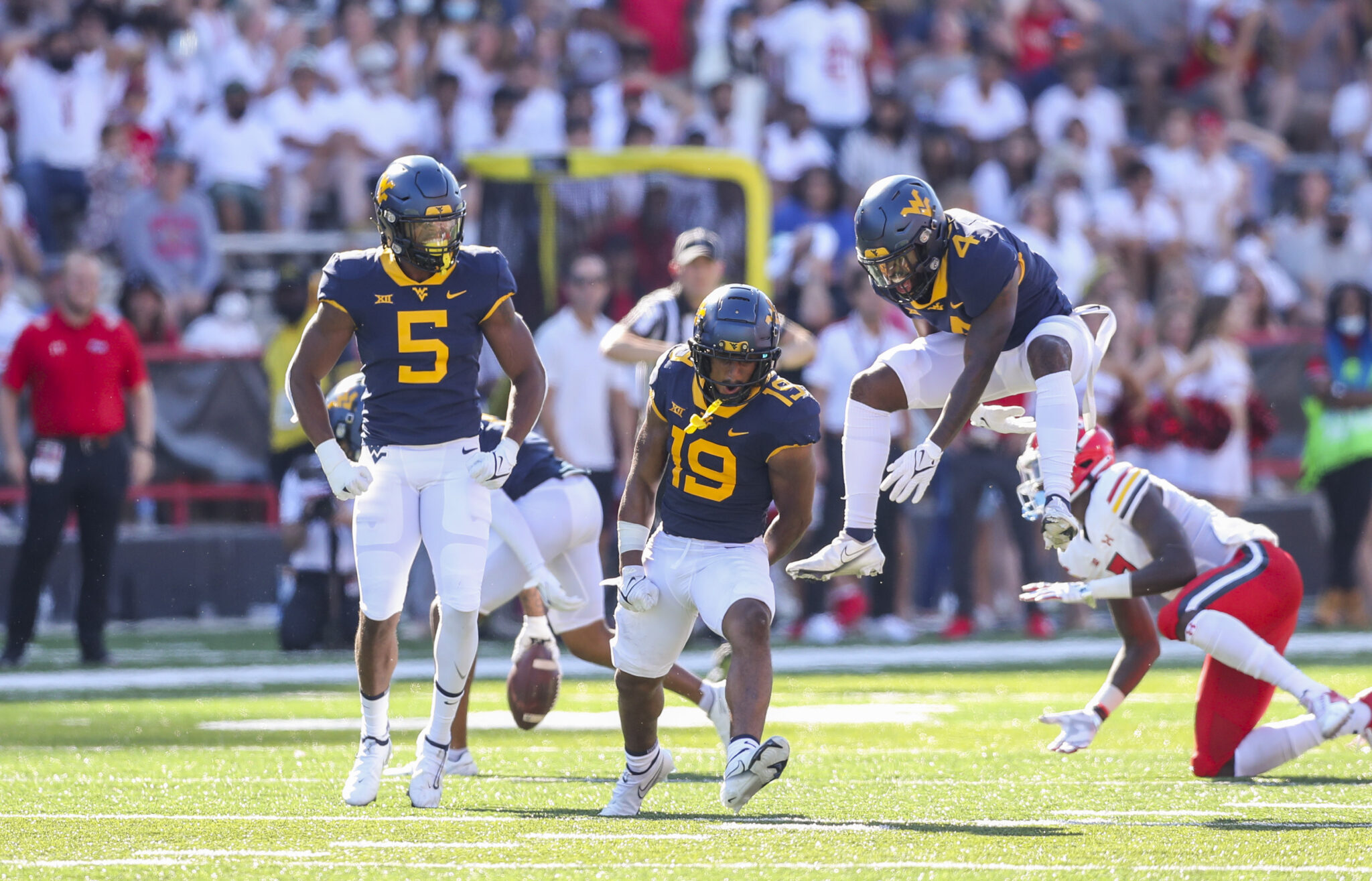 MORGANTOWN, W.Va. — Saturday marks the first meeting between West Virginia and Long Island, with the Sharks set to play on the biggest stage in the history of a program that competed in Division II from 1978-2018.

As much as the Mountaineers are after a convincing win over LIU, which now competes in the Football Championship Subdivision, there may be a task of equal importance following last week’s 30-24 loss at Maryland in the season opener.

WVU offensive coordinator Gerad Parker touched on it this week when discussing what he hoped to get out of the contest against the Sharks, which kicks off at 5 p.m. and will be shown on ESPN+.

“That West Virginia doesn’t beat West Virginia,” Parker said. “It’s our mantra and what [head coach Neal Brown’s] message is. It’s my job as a coordinator and position coach to carry out the message of the head coach. That’s one of our biggest pushes.

“We’re going to make sure our offense and the unit I’m responsible for doesn’t beat West Virginia. That means we have to make it about ourselves and to play better this Saturday, which we will, we have to practice better. That’s the response we’re wanting to see.”

There were few positives to come out of the loss to the Terrapins, who outgained the Mountaineers by nearly 175 yards and won the turnover battle 4-0.

“Not the start anybody associated with our team or anybody inside the building wanted to deal with,” Brown said.

“A 5 p.m. kickoff is a friendly time for our fans,” Brown said. “It gives people from out of town plenty of time to get here and experience tailgating and I hope they will. I hope our fans don’t give up on us after one game and I don’t think they will. I get that they’re frustrated and our players and staff are frustrated as well.”

The Sharks finished 0-10 in 2019 and 2-2 in an abbreviated 2020 spring season. That was under Bryan Collins, who was head coach at LIU for 23 seasons before resigning in June.

Jonathan Gill is the interim head coach and his tenure began with a 48-10 loss at Florida International in the September 2 season opener.

The Sharks trailed 28-0 in the second quarter before producing their points before halftime on Camden Orth’s 74-yard touchdown pass to Derick Eugene and Paul Inzerillo’s 29-yard field goal.

“They’re going to give us a lot of misdirections and screens,” Brown said. “They have a couple guys that are going to belong. Eugene is a really good player and their tight end [Owen Glascoe] transferred from Penn State. Their quarterback, Orth, managed it really well last week.”

Brown has familiarity with the LIU program thanks in large part to WVU’s first-year defensive line coach Andrew Jackson, who played for the Sharks from 2007-2011.

“Their players are going to be excited — there’s no question,” Brown said. “I’ve been on the other side of this. It’s going to be the biggest venue on the biggest stage they’ve ever played in and we’ll get their best. But it’s not necessarily about them. It’s about us making improvements.”

That starts with fixing the turnover disparity that loomed large in last week’s result. Quarterback Jarret Doege was intercepted twice, tailback Leddie Brown lost a fumble and wideout Winston Wright Jr. muffed a punt, while the Mountaineers did not force Maryland into any turnovers.

Defensively, West Virginia struggled for the majority of the first quarter, before showing great improvement in the second and third quarters. But the Mountaineers’ defense faltered down the stretch as the Terrapins closed the contest with three straight successful series.

The Terrapins had 19 more offensive plays in the game, which made fatigue a factor down the stretch.

“We’re not the group from last year. To think that we are is wrong. We have to be who we are. But those guys that you saw early on with the mistakes, they’ll be better. We’ll be better as a whole.”

West Virginia’s annual matchup with a FCS program marks its only scheduled contest this season against a non-Power 5 Conference school.

“It’s really more about us and getting back [on track],” Brown said. “We’re going to play a lot of people this week and play some people that didn’t play a week ago. We’re going to give our young guys plenty of opportunities to show they’re capable of playing. A lot to look forward to this weekend.”