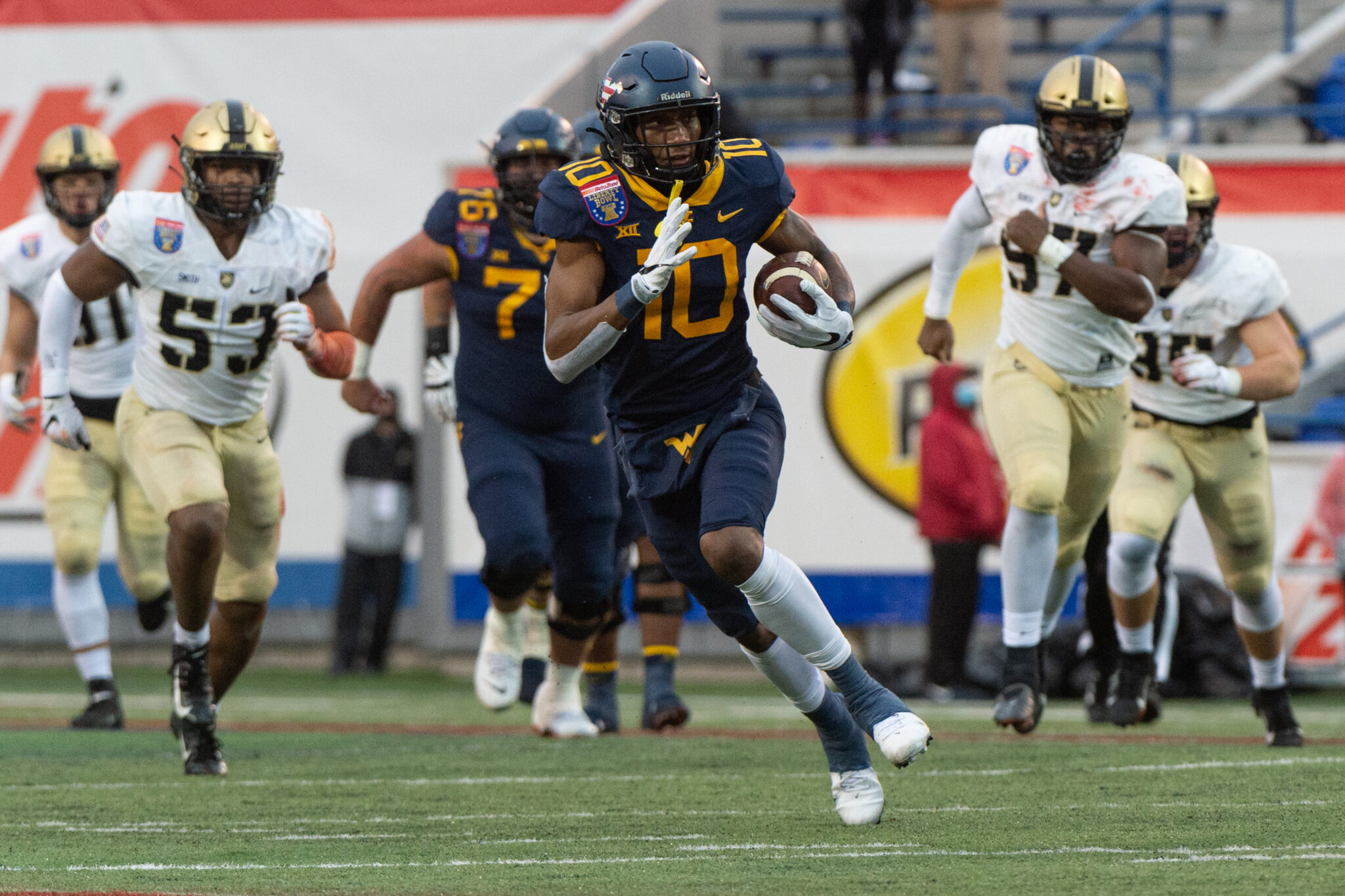 MORGANTOWN, W.Va. — Now in his fourth season as a college football player, junior receiver Sean Ryan has become self-aware about messages he didn’t welcome in his younger days. Ryan started his career at Temple University in 2018 and transferred to WVU a year later. He admits that with age has come a better perspective on how to take coaching.

“Through my high school years and my previous year at Temple, I feel like I struggled with immaturity. I was not being real consistent and I wasn’t really knowing how to embrace the role of being a factor on the field in the game, being that ‘it’ factor and that guy. These last few years, I have grown. The coaches have come to accept me and I have come to accept my role on the team and what I bring to the table,” Ryan said.

“I really didn’t know how to take constructive criticism, especially from your coaches, the guys you are with everyday. You think you are doing everything perfect when you are really not. So to hear the truth from my coaches and accept the truth, that’s what made me kind of look in the mirror and say, ‘It is time to step up, do a lot of things better and do a lot of things right’.”

Ryan did a number of things right in Saturday’s win against Long Island. He was West Virginia’s leading receiver against the Sharks. Ryan caught three passes for 77 yards, including his first touchdown as a Mountaineer.

“You work so hard for it. Every game you line up to score a touchdown. If it doesn’t come, you are not really disappointed in yourself but you know you could have done better. To go out there and actually execute that, and get my first one in front of these fans, it felt great.”

In thirty games at the college level, Ryan has reeled in 62 passes for 620 yards and two scores. Much of his production comes between the hashmarks.

“I am not afraid to catch across the middle. I am not afraid to make a big play for my team when it is needed. I feel like I am a third down guy. I want to move the chains on third down. I do good on short routes, catching the ball and creating space and making guys miss. That’s some of the things I bring to the table.”

When Temple welcomed in a new coaching staff in January of 2019, Ryan made the difficult decision to leave the Owls’ program. He was immediately eligible at West Virginia.

“You build a bond with those guys and those are the guys you are with everyday. Like I tell the receivers here, ‘I spend more time with you guys than I spend with my girlfriend. I see you guys on the regular so it is like building that bond’. You talk and you practice. The things you go through, the adversity you go through and that they help you get through, you never really want to leave those guys. But at the end of the day, it was a business decision and it was what was best for me and my family.”

“We are definitely overlooked. There’s definitely a lot of secret talent. There’s definitely a lot of dogs in the city. I feel like we are overlooked by down south football. They breed a lot of great players. But we are trying to change that. Me being one person, it is not going to change overnight. But I am just trying to take the steps to open the door for other players in New York that want to play on this level same as me.”

After growing up in New York City and then playing football in Philadelphia, Ryan says the move to small-town life in Morgantown has been a welcome one.

“The best thing about Morgantown is that they accepted me with open arms. Especially the fans, I love the fans. They take good care of us, the players and the coaches. The culture here is just so huge. They embraced me with open arms and they made me feel great as soon as I came in the door.”