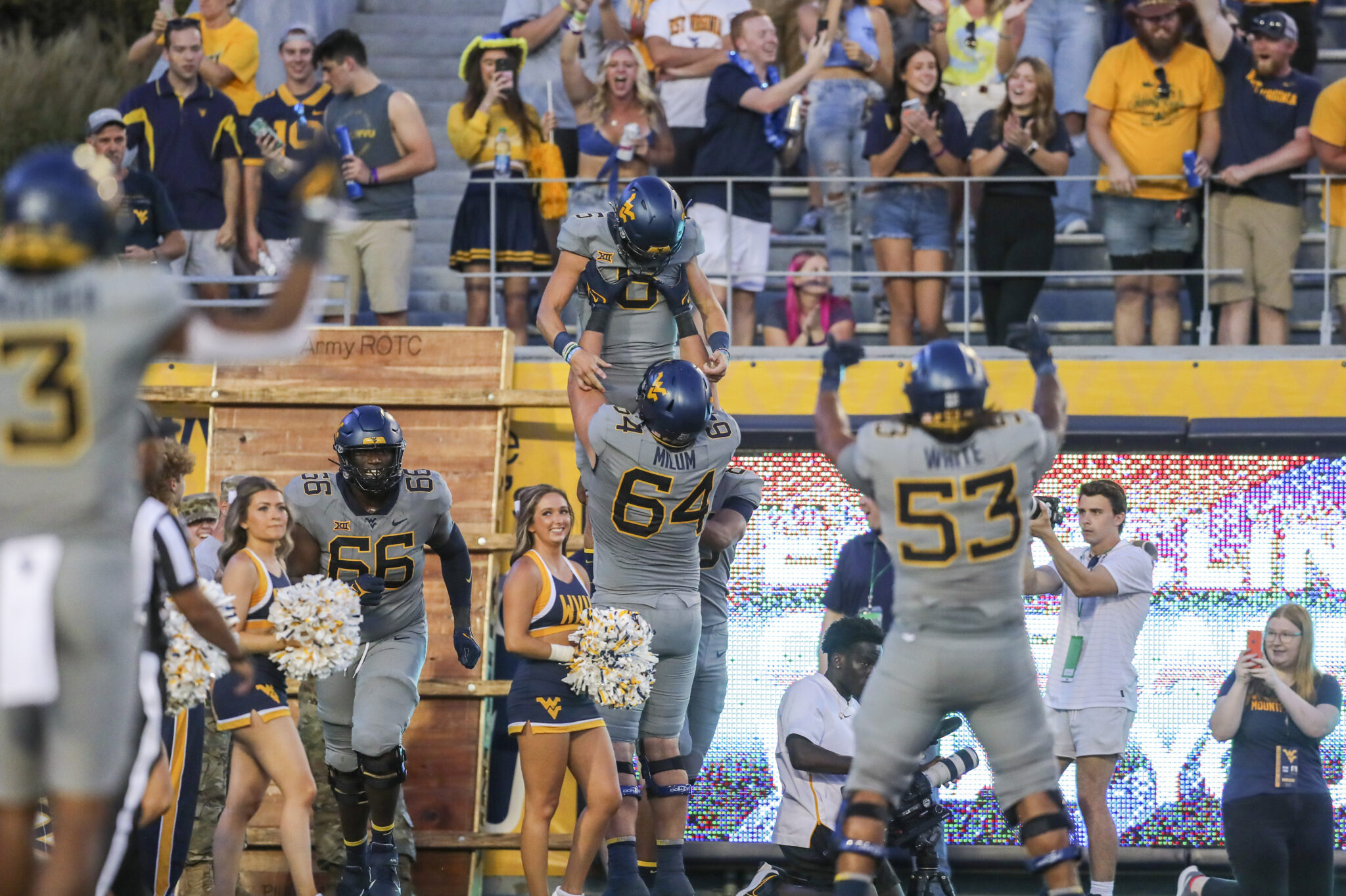 MORGANTOWN, W.Va. — For West Virginia to find its way offensively against what’s been a stingy Virginia Tech defense early in the season, the Mountaineers need to play with more physicality than they have displayed to this point.

That was a topic of discussion Tuesday for Mountaineers’ head coach Neal Brown, who isn’t satisfied with that aspect, but didn’t find much else not to like in last Saturday’s 66-0 victory over Long Island.

“We have to continue to improve on our physicality,” Brown said. “It’s still not where we need it to be. We had a couple mental errors in pass protection on the first two drives that shouldn’t happen and [quarterback] Jarret [Doege] made nice plays to get out of.”

Following the runaway win over the Sharks, Brown said the Mountaineers had pass protected well, but he changed his tune after reviewing film. Long Island finished with two sacks.

Still, run blocking was more of an issue for the Mountaineers (1-1) against the Sharks. Lead tailback Leddie Brown was limited to 31 yards on 15 carries, and second-string quarterback Garrett Greene was WVU’s only player to make a splash on the ground. Greene carried 14 times for 98 yards, while the remainder of the team rushed for 100 yards on 41 attempts.

That was on the heels of West Virginia rushing for 48 yards in its season-opening loss at Maryland.

“There were times we were better,” Brown said. “Credit to Maryland. Maryland is big and they caught us a little unexpected. Last week, our footwork was better interior wise. It still wasn’t what we need at tackle, so that’s a work in progress. Physicality we have to practice. We did that last week a little better and we’ll have to continue to do that and just be really physical. It’s good for our defensive line as well.”

Set to host the 15th-ranked Hokies (2-0) at noon Saturday, West Virginia will have to do a better job imposing its will to develop an offensive rhythm and sustain success on the ground. The Mountaineers are averaging only 3.2 yards on 76 rushing attempts thus far.

Virginia Tech figures to be a tough matchup after it limited then-No. 10 North Carolina to 10 points and followed it with a 35-14 victory over Middle Tennessee last week.

The Hokies have nine tackles for loss in each of their two games and have allowed a total of 212 rushing yards. VT’s run defense has been aided by nine sacks, including six in the win over the Tar Heels.

“They do a good job of keeping it simple for their linebackers and they play downhill,” Brown said. “Their defensive line is tough. They hold double teams very well. They’re really good using their hands and getting off individual blocks. It’s going to be a challenge for us without a double. We have to get better. “They’re good players and do a really good job within their scheme, but we have to get better. Fundamentally, we have to get more physical up front and that’s a challenge for us this week.”

VT intercepted North Carolina star quarterback Sam Howell three times, but it was the Hokies’ run defense that stood out to Brown.

UNC finished with 146 rushing yards on 30 attempts, and West Virginia’s third-year coach believes Tech could employ a similar tactic that Maryland had success with by plugging the ‘B’ gap with its biggest defenders.

“It’s in their package. I don’t want to speak for them, but they played really high end defense two weeks in a row,” he said. “North Carolina is one of the better offenses in the country. North Carolina ran it extremely well against them two years ago and has ran the ball well over the last two years.

“Virginia Tech got after them pretty good up front. So I don’t think they’re going to necessarily watch our film and say, ‘Hey we have to do something different.’ They have in their package the same front Maryland played and I anticipate seeing that.”

Anderson is a four-star prospect from Perry High School in Ohio.

Brown said at the start of fall camp in early August he expected Anderson to get clearance from the NCAA, but was unsure when it would happen.