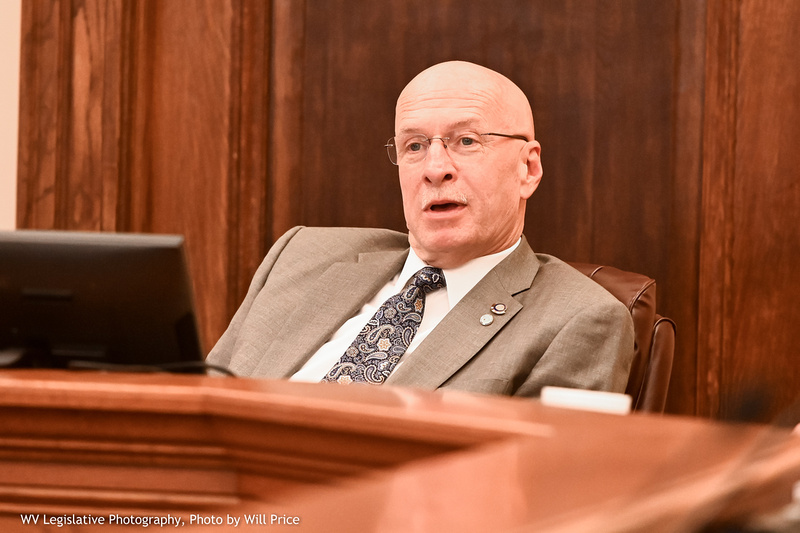 Biden recently mandated the full vaccination of all federal employees and contractors and all healthcare facilities that receive federal Medicaid or Medicare funding. On Thursday, Biden also mandated all employers with more than 100 workers require coronavirus vaccinations or weekly virus tests. The Associated Press reported that the new requirements would affect as many as 100 million people.

“Federal government has gone way too far in putting these mandates out and if it’s not a mandate, they are using federal dollars to coerce government entities, and healthcare industry and now it’s bleeding out into the private sector and private businesses,” Blair told reporters outside of the Senate chambers.

Blair predicts the federal moves are going to court on many levels, and they already have. The state of Arizona has filed suit against the Biden Administration with other Republican-led states stating intentions to follow.

West Virginia Attorney General Patrick Morrisey came out quickly against the mandates on Twitter, saying on Sept. 10, “Biden’s historic and unprecedented overreach seeking imposition of a new vaccine mandate must be stopped.”

“I will be in litigation against the Biden Administration again very soon so I can protect West Virginians and all Americans from this President’s unlawful policy.”

Blair called on Morrisey and other GOP leaders in West Virginia to act on the overreach.

“I’m calling on Patrick Morrisey, our AG, to take and utilize every means possible, as well as our governor, to push back on our federal government. To say ‘no you’re overstepping your bounds,'” Blair said.

Senator Tom Takubo, R-Kanawha, spoke on Monday during Gov. Jim Justice’s briefing about the legitimacy of the COVID-19 vaccine. He joined the lawmakers on Tuesday, saying businesses need to make decisions themselves.

Senators expressed displeasure in calls and emails from constituents in the mandates, both in-state and federal. Senator Rollan Roberts, R-Raleigh, said there have been calls for a special session to propose a bill to find balance in West Virginia with mandates.

On Friday, Morrisey responded to a request for an opinion on coronavirus mandates, writing that broad orders could violate state and federal laws.

“We’re dealing with a federal situation with president Biden complicating everything and confusing everything. That’s creating some frustration on our part and I know it’s causing problems across the country,” Roberts said.