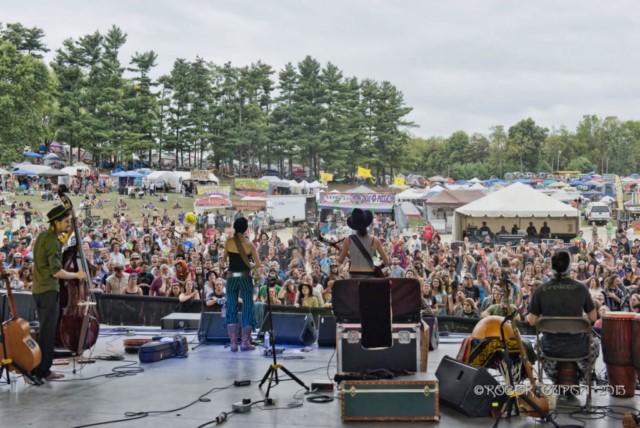 A photo of the 2015 Resonance Music Festival in Thornville, Ohio. (Photo/Roger Gupta)

The Resonance Music & Arts Festival at Marvin’s Mountaintop in Masontown is expected to draw approximately 10,000 people to the campground and according to Masontown Volunteer Fire Chief Dan Luzier, there will be approximately 30 medical personnel who will be working the event that starts Thursday and will continue into Sunday. According to Luzier, 30% of the festivalgoers are expected to arrive sometime around Wednesday night.

“It’s going to start Wednesday with early arrivals, they sold three thousand tickets for early arrivals, to help keep the traffic down,” said Luzier, partially describing the amount of people expected to attend.

Members of the Masontown Volunteer Fire Department were told to expect the large number of people several months in advanced by the promoters of the festival, which has been running its events in Ohio since 2018. After taking a one year hiatus due to the COVID-19 pandemic, the festival is making its return and for the first time in another state. As a result, Masontown emergency officials have prepared for an influx of people that would essentially be nineteen times the size of Masontown’s census population.

“We’ll have those people out there at the festival and then I have to still have people in town to handle our normal calls,” said Luzier.

A single medical tent on the festival grounds will be in use located within a reasonable distance for festivalgoers to access if there is a medical emergency. There will also be personnel driving around the campgrounds based on reported concerns as well as precautionary measures for personnel in light of the recent spike in cases of COVID-19. These measures are being taken so that the Masontown residents will not have any hindered emergency response as staff tend to the festival.

“We go in to areas where there are tents, if we know there’s a problem area we’re constantly monitoring that by just driving through and looking,” Luzier said. .

Luzier said he’s confident the department, based on its past experiences working at Marvin’s Mountaintop, will be able to handle the festival. The campground, has played host to several music festivals in the past including Domefest and All Good Music Festival, which has hosted several thousand people at a time.

“We’ve learned from past festivals that we’ve covered,” he said. “Where we can bring people in and just let them, for better words I guess, would be to mello out just to watch them and monitor them, so that we don’t have transport them.”