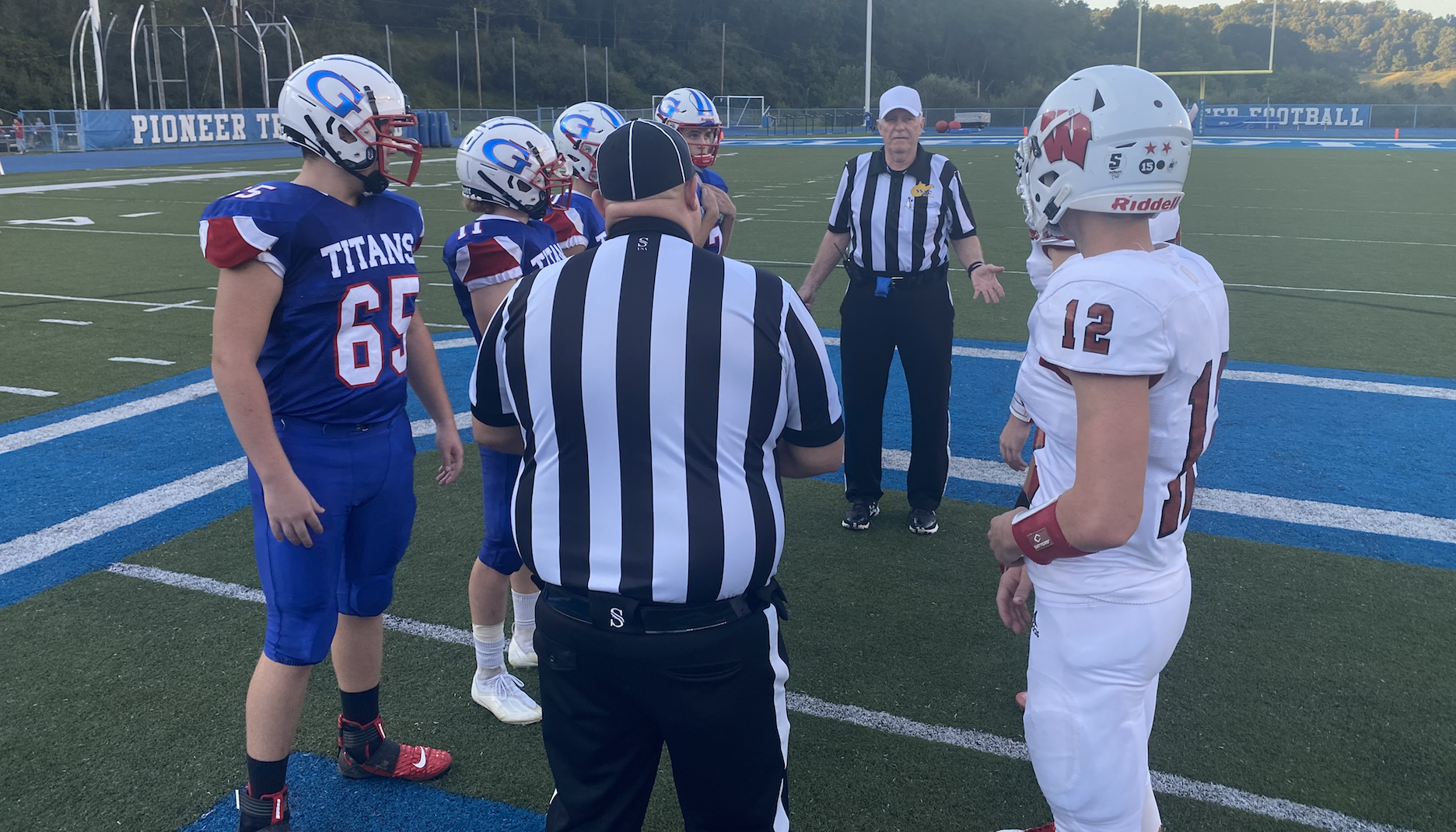 GLENVILLE, W.Va. — The Gilmer County Titans earned a statement win over the Wahama White Falcons, 40-20. The Titans have put themselves back into contention as one of the top teams in Class A and they are currently riding on a three-game win streak after starting the season off with a loss. Wahama fell to 0-3 with all three losses coming against teams with winning records..

“They are scary,” said Gilmer County head coach Thomas Cogar about the White Falcons. “I feel we need to excute just a bit better on the big plays (offensively). Need to be a bit more physical on defense, and fill in the gaps better. They put up a lot of yards on us.”

The big plays that Cogar talked about were in the beginning of the game as the Titans looked to score first after getting a turnover on the opening kickoff. Quarterback Ean Hamrick threw two passes into the end zone that were dropped and the Titans turned the ball over on downs.

The White Falcons responded getting on the scoresheet first to make it 6-0. The Titans came roaring back, scoring 20 unanswered points. Two touchdowns were passing strikes from Hamrick to wideout Avery Chapman. The two teams went back-and-forth trading scores and made it 27-14 going into halftime.

In the second half, Gilmer struck first with Hamrick connected with Chapman for the biggest play of the night on a pass on 45 yards. Hamrick took in himself for a one-yard score making it 34-14. The squads traded scores at the end of the third and early in the fourth quarters.

Hamrick had a another great night throwing 11-of-22 for 208 yards and three touchdowns, while adding 53 rushing yards and a score. His top target, Chapman, caught seven passes for 156 yards and all three receiving touchdowns.

On the Wahama side, quarterback Sawyer Vanmeter dominated on the ground getting 24 carries for over 200 yards and pair of touchdowns as well.