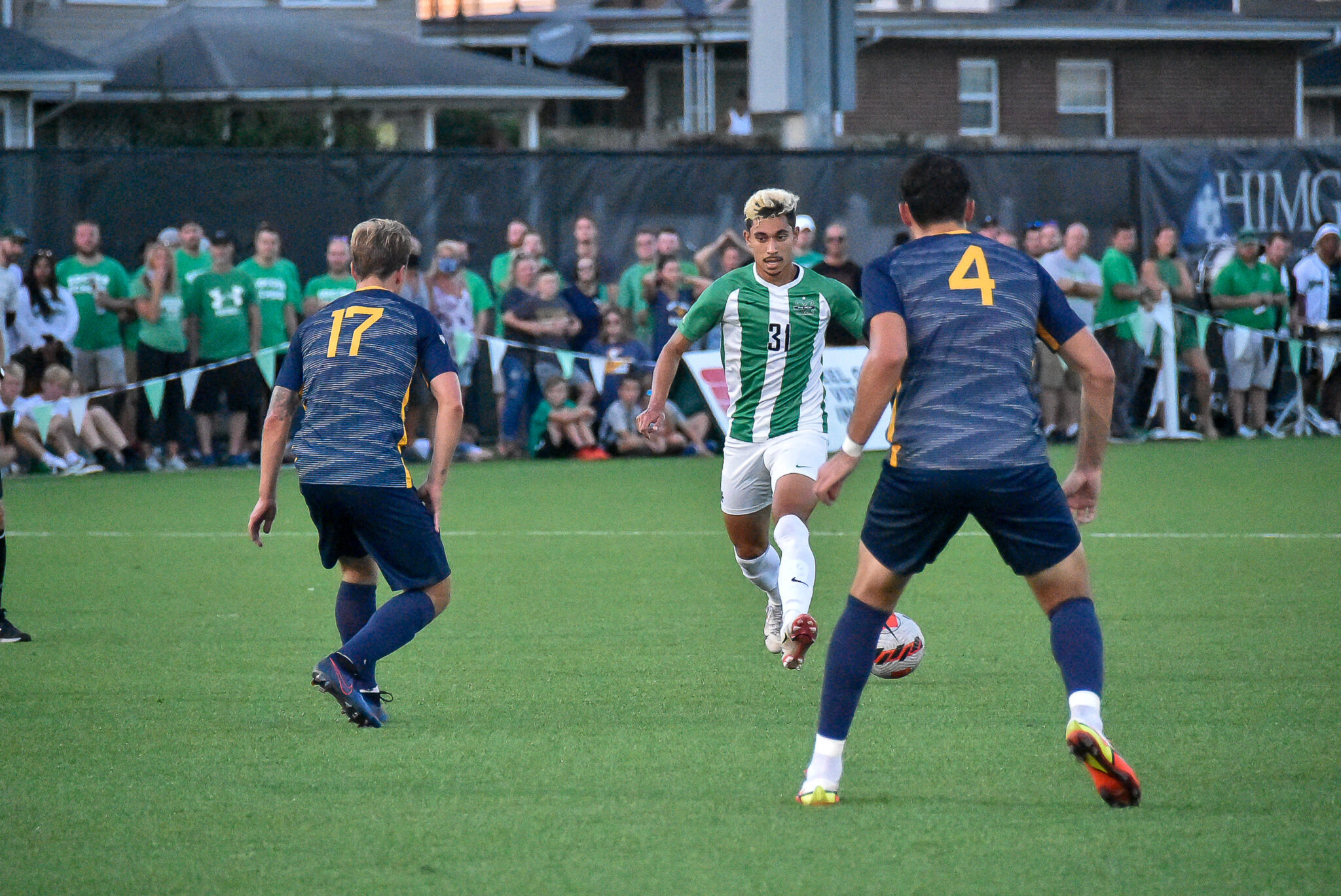 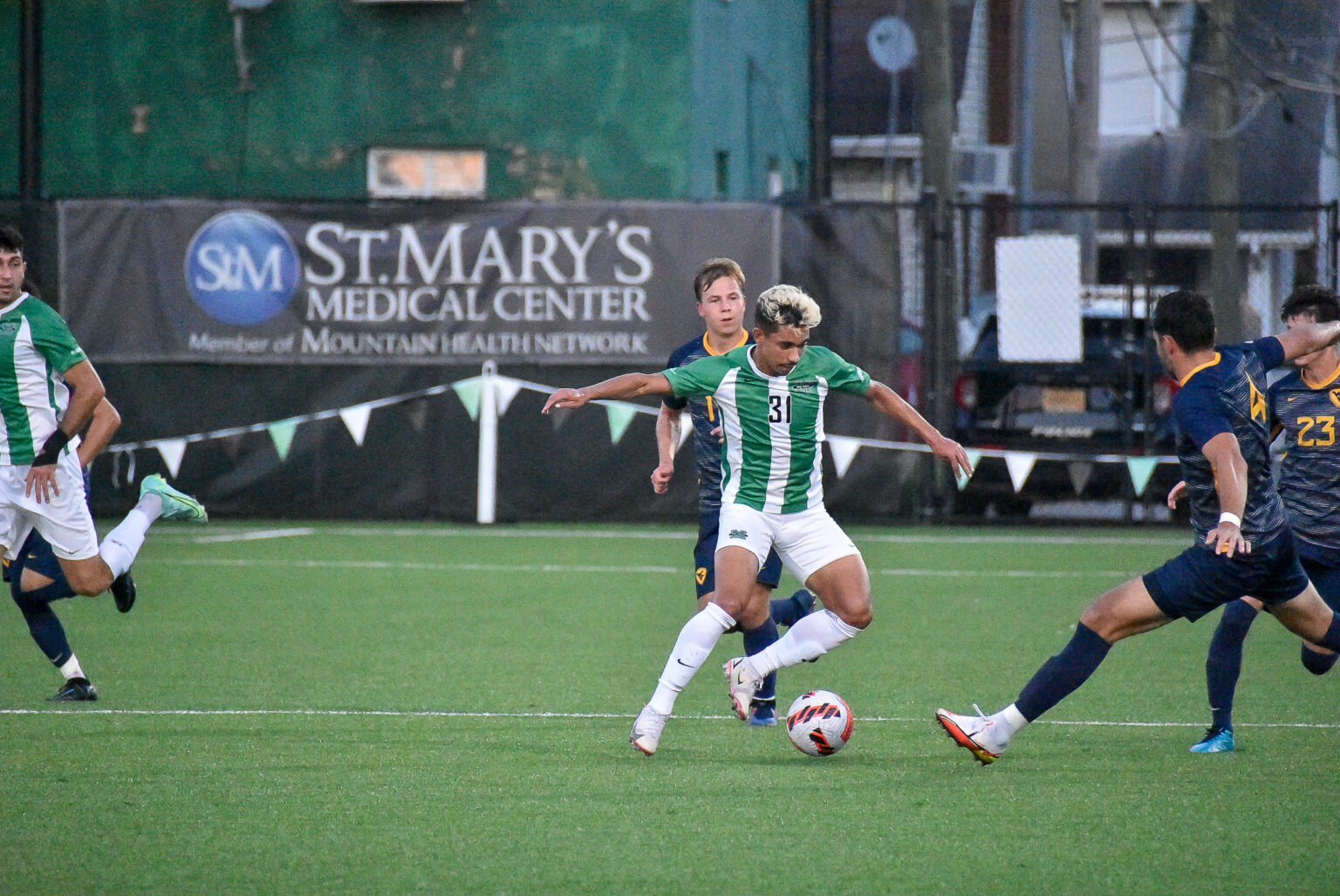 Vitor Dias and Marshall notched a seventh straight shutout in a win over Wright State. (Photo by Angie Shockley) 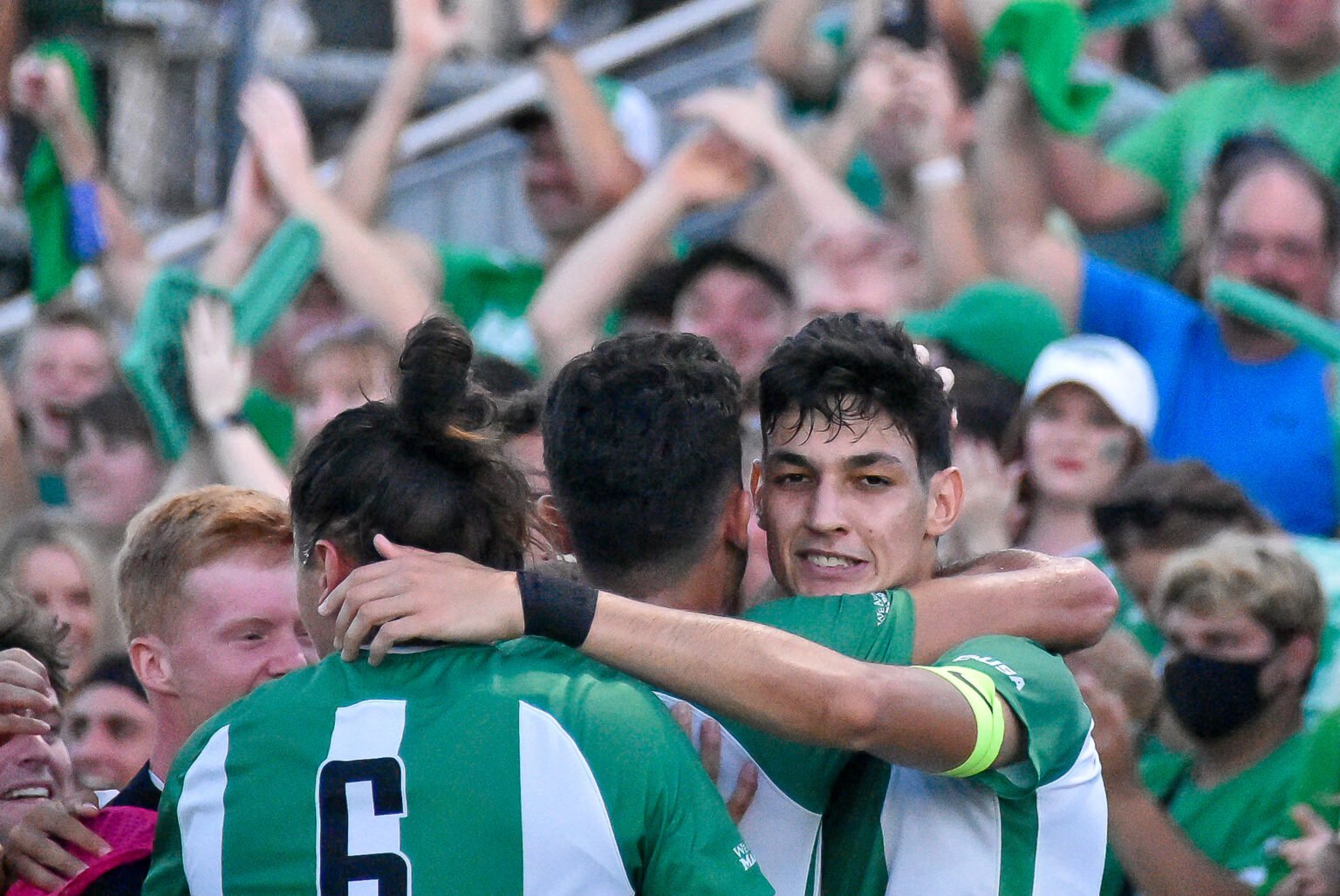 Marshall improved to 4-1-2 with a 2-0 victory over Akron. (Photo by Angie Shockley) 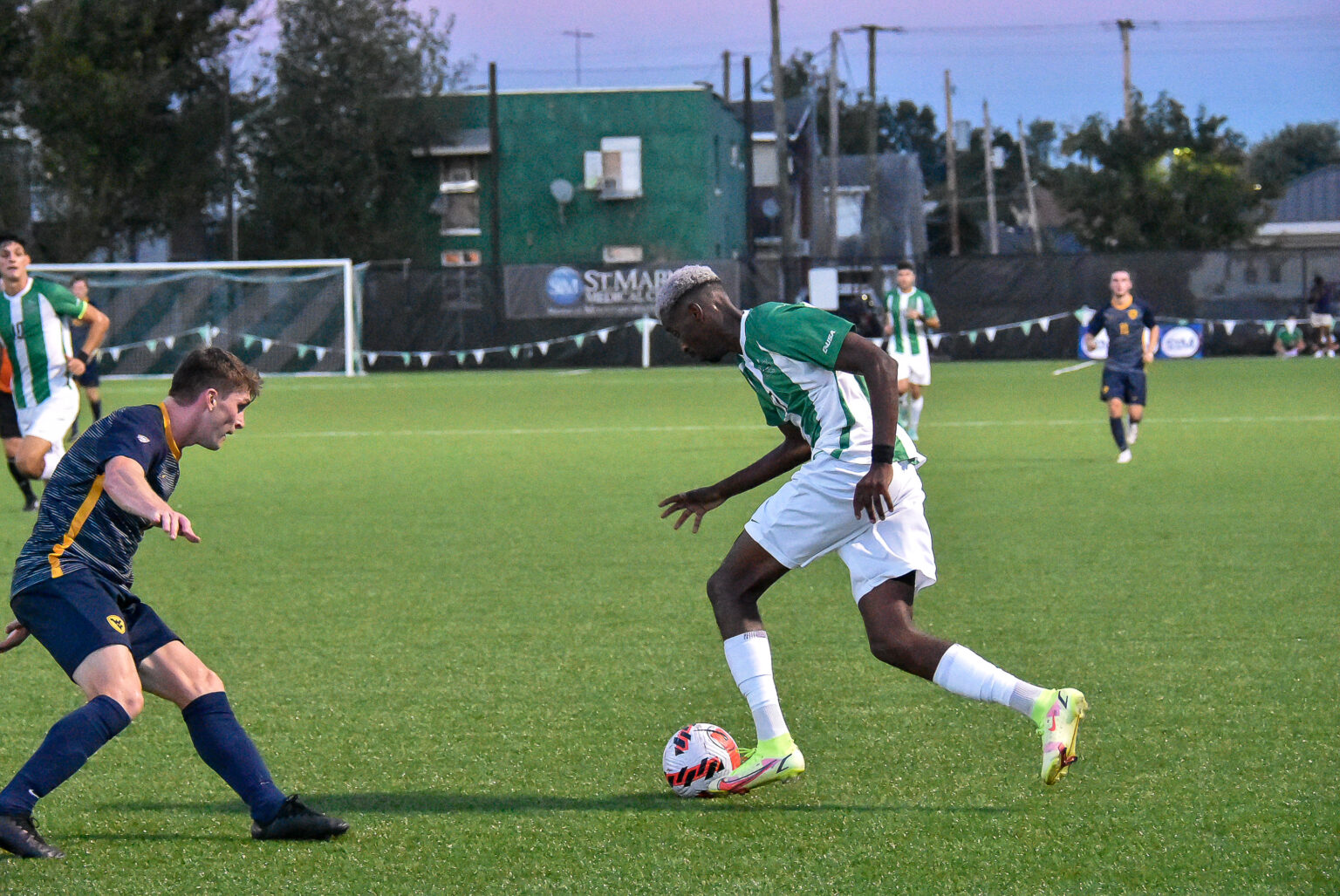 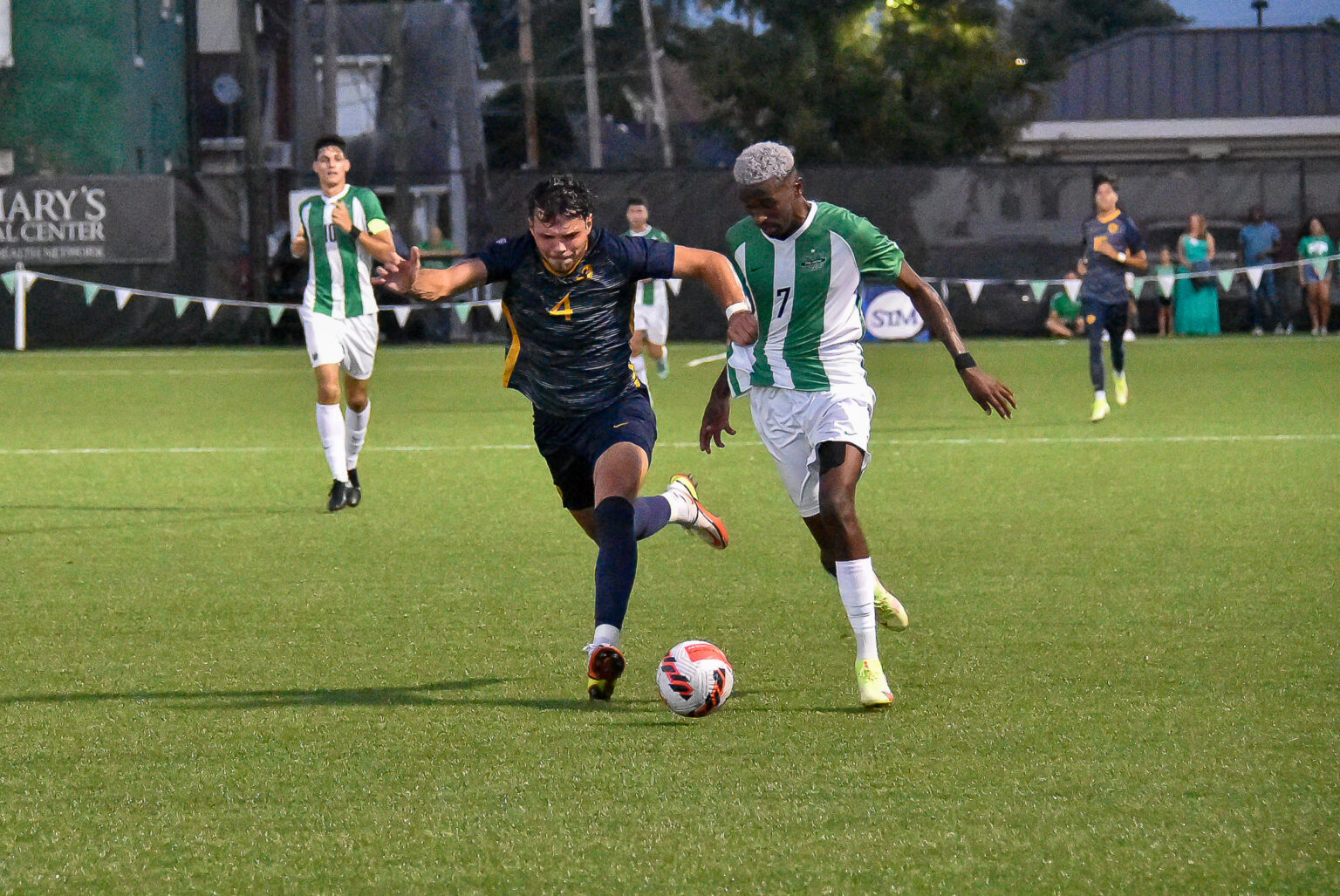 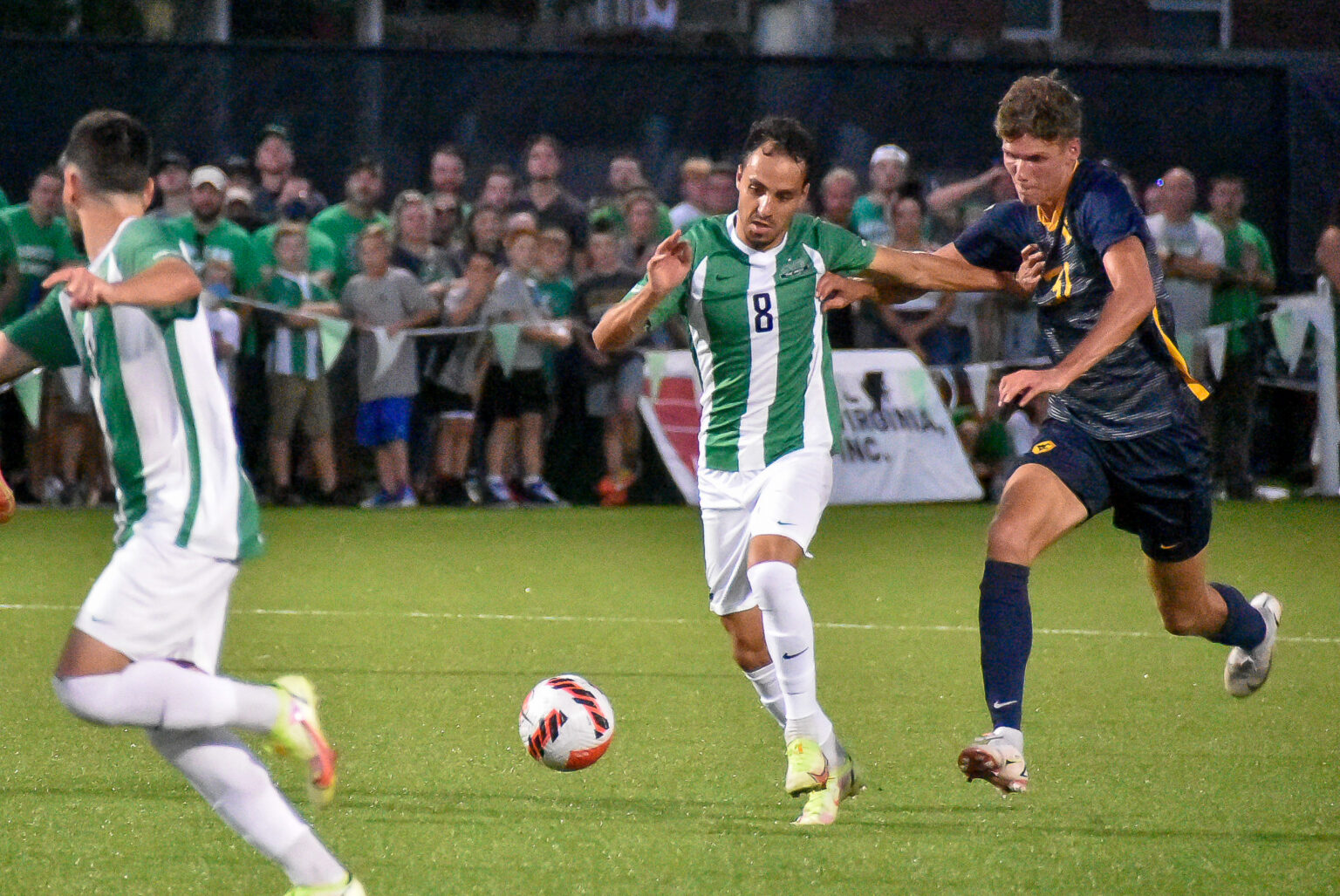 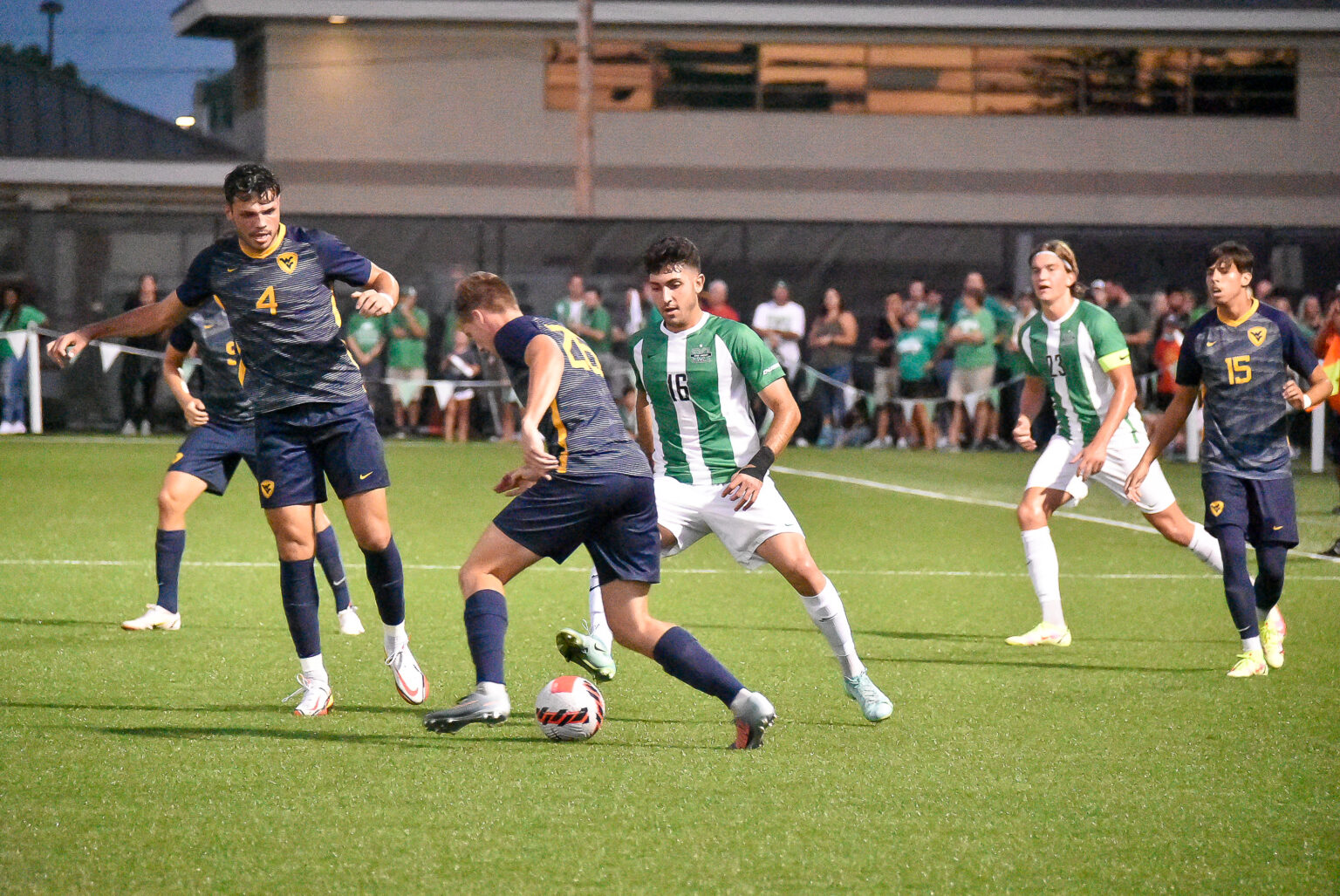 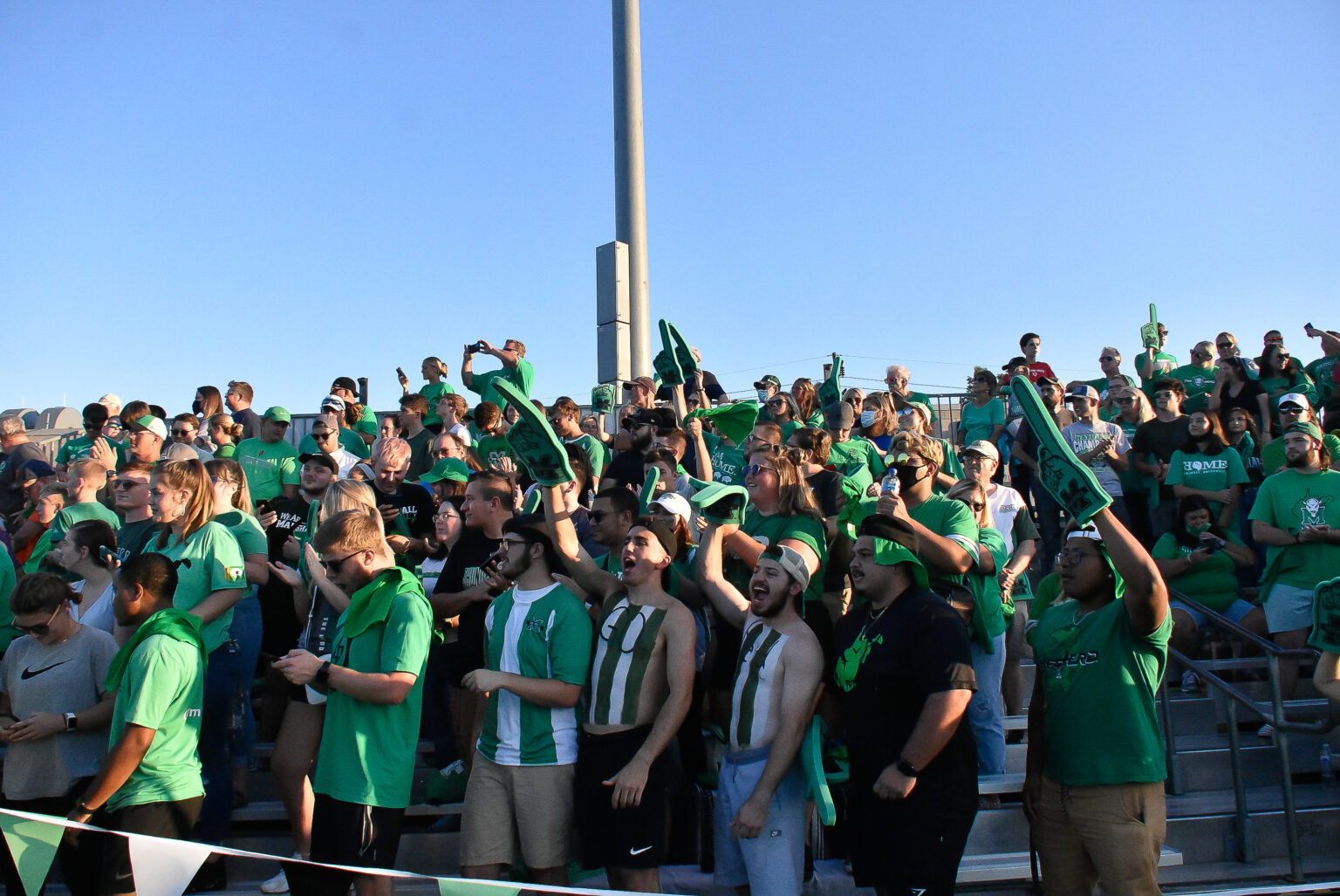 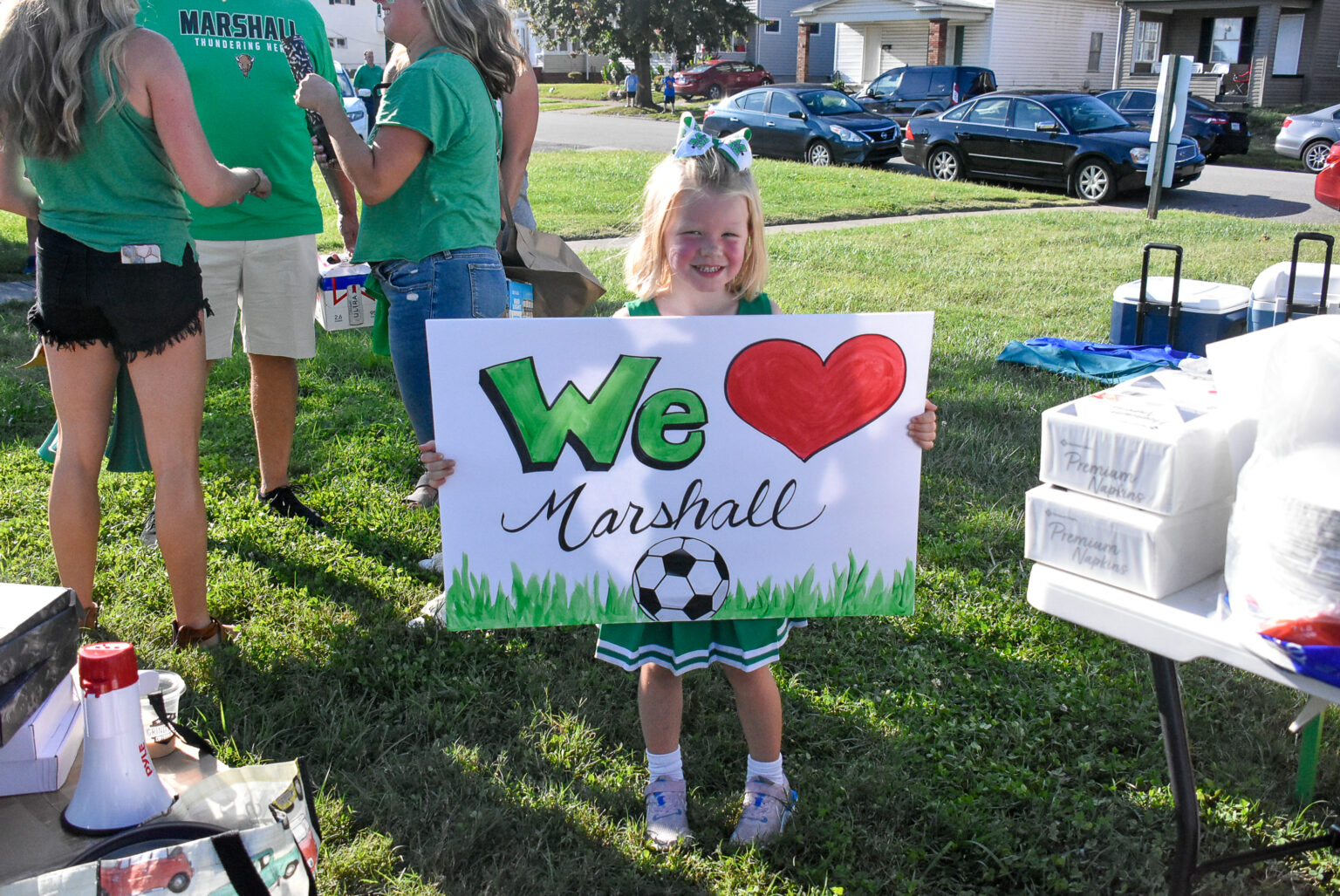 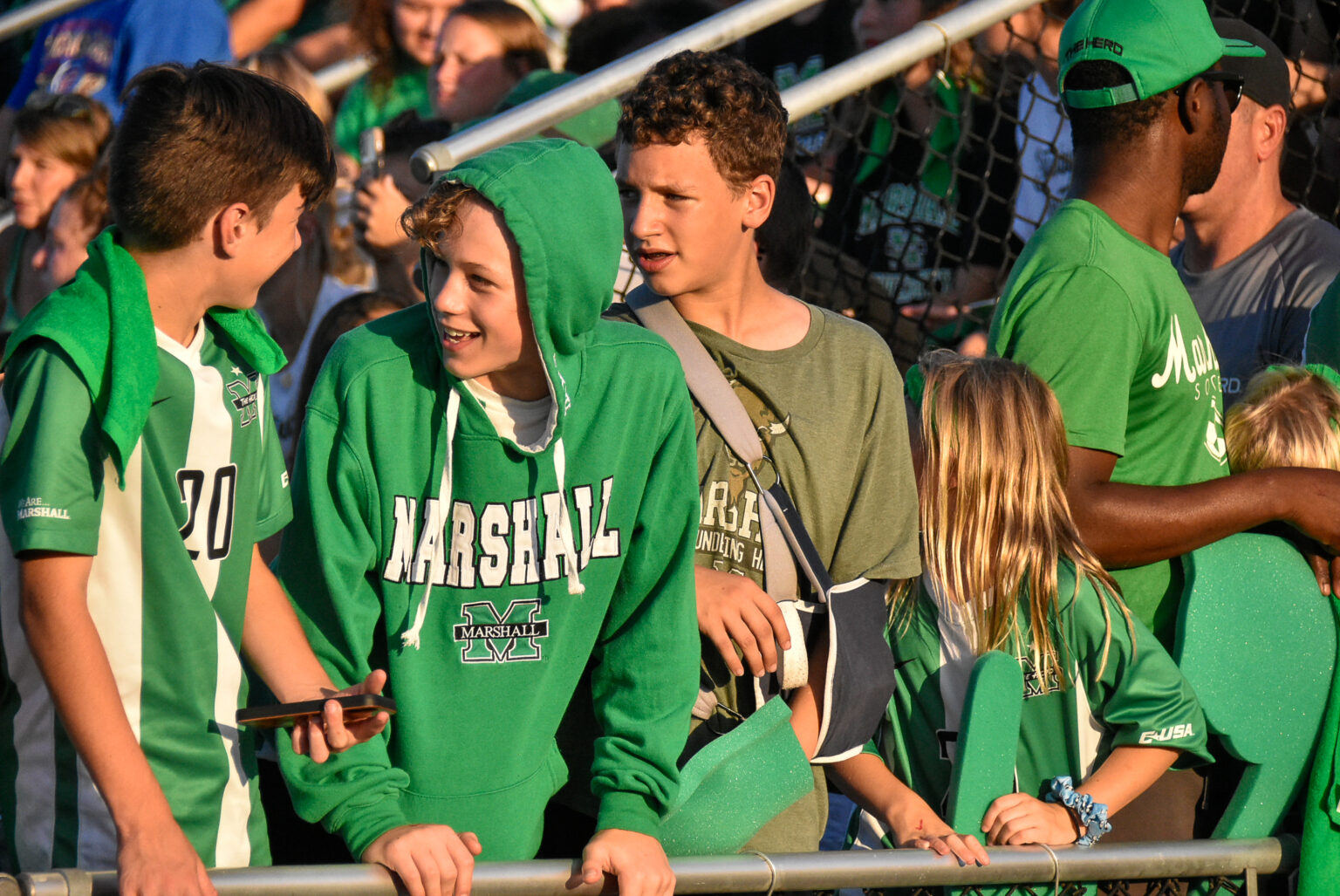 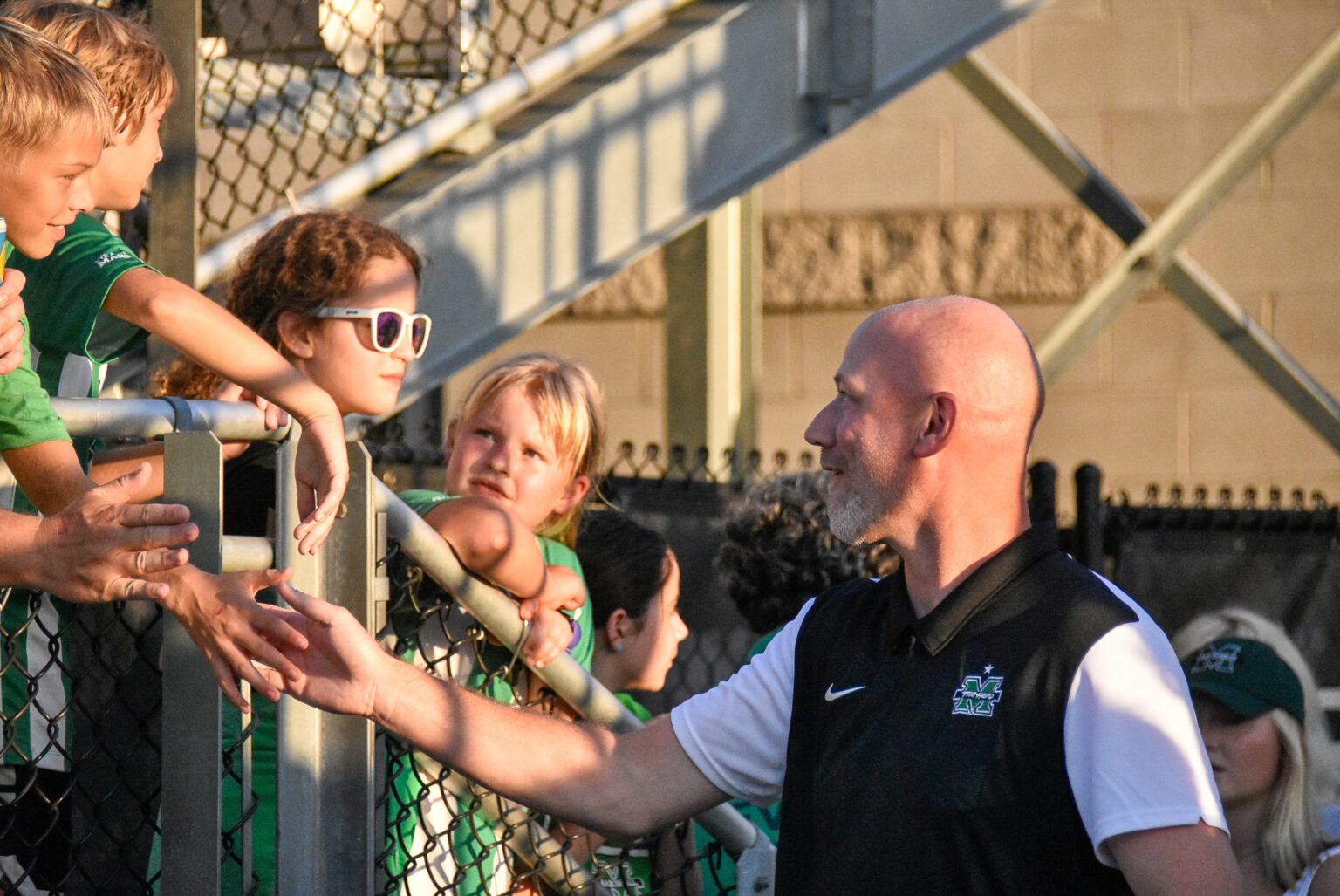 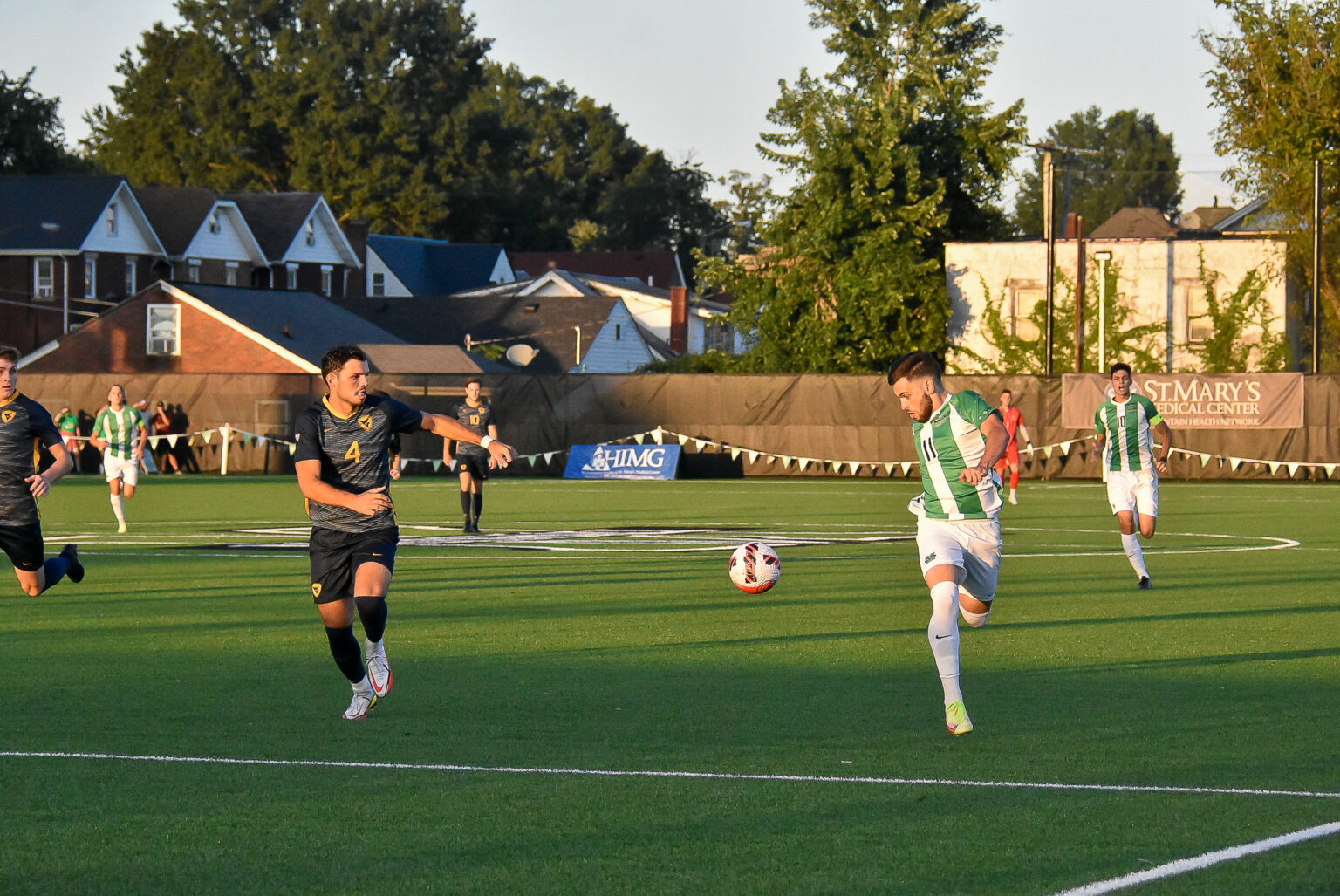 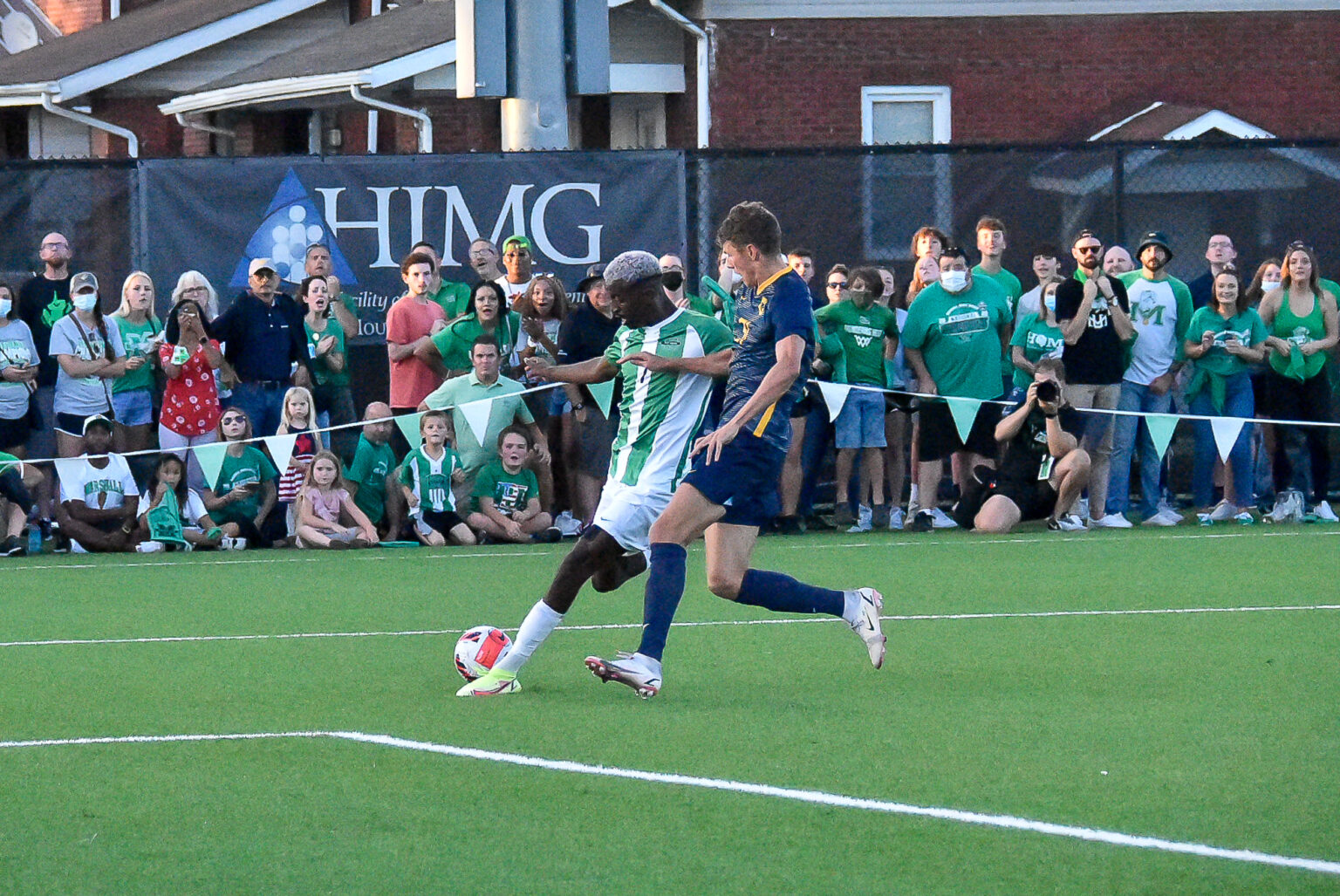 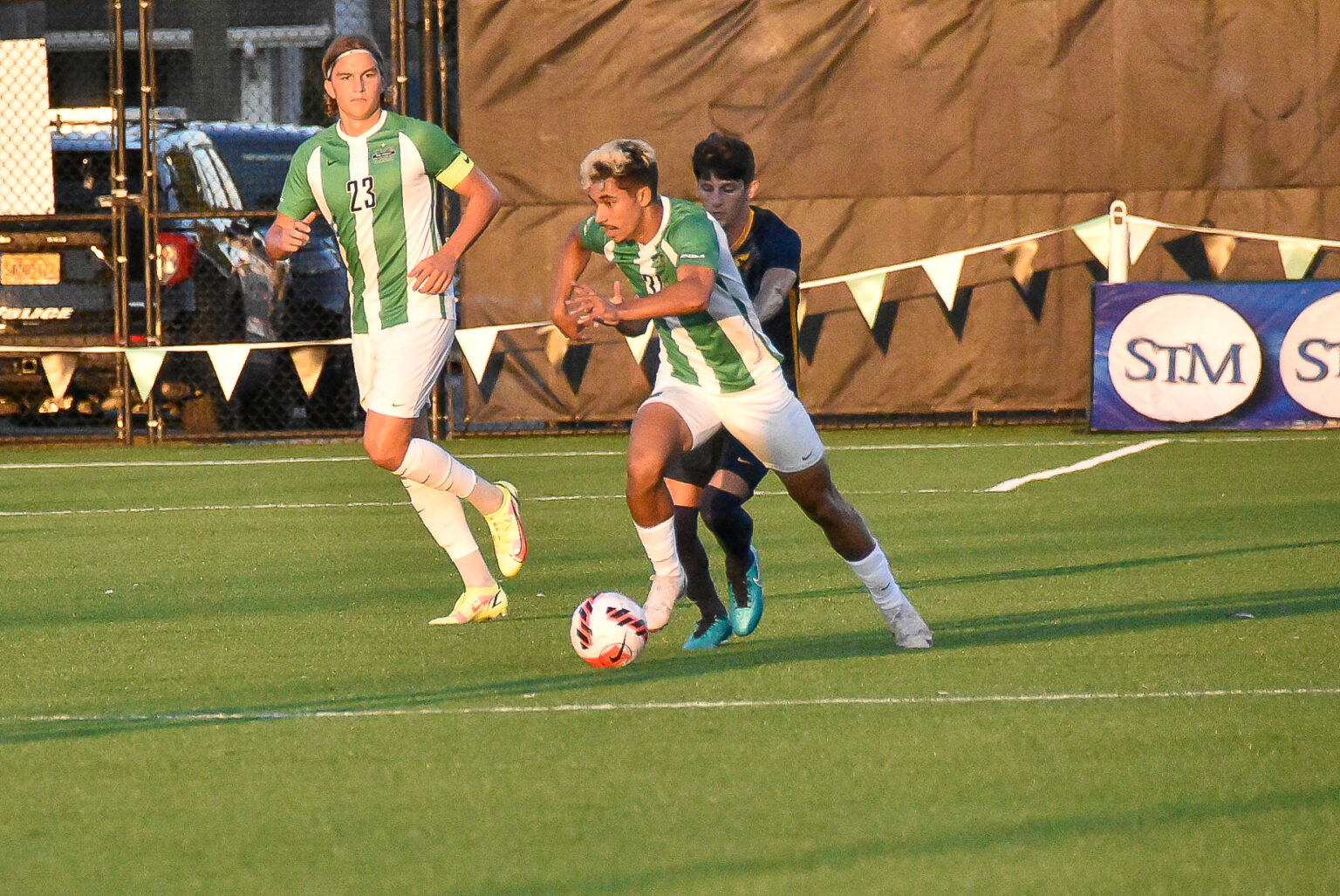 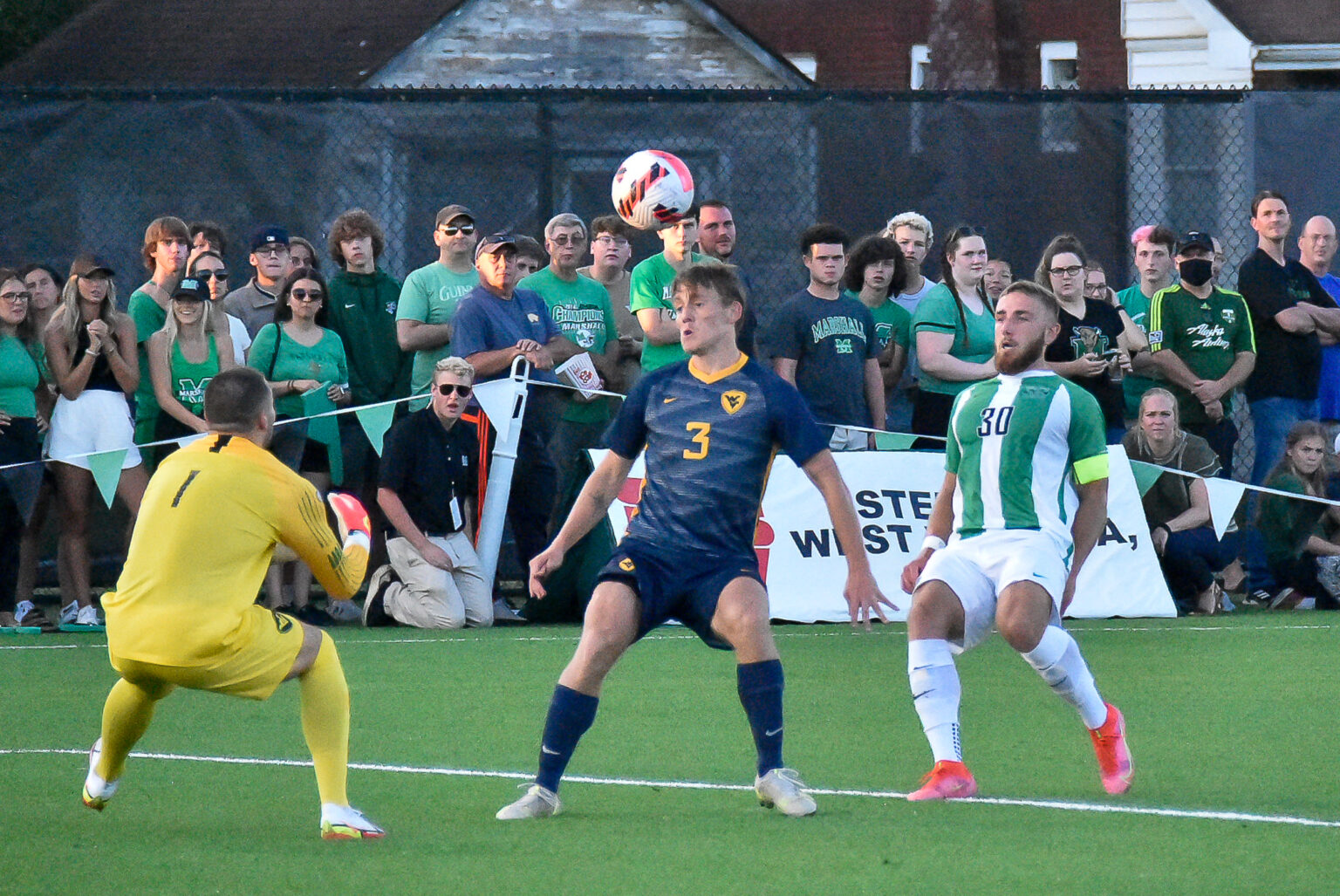 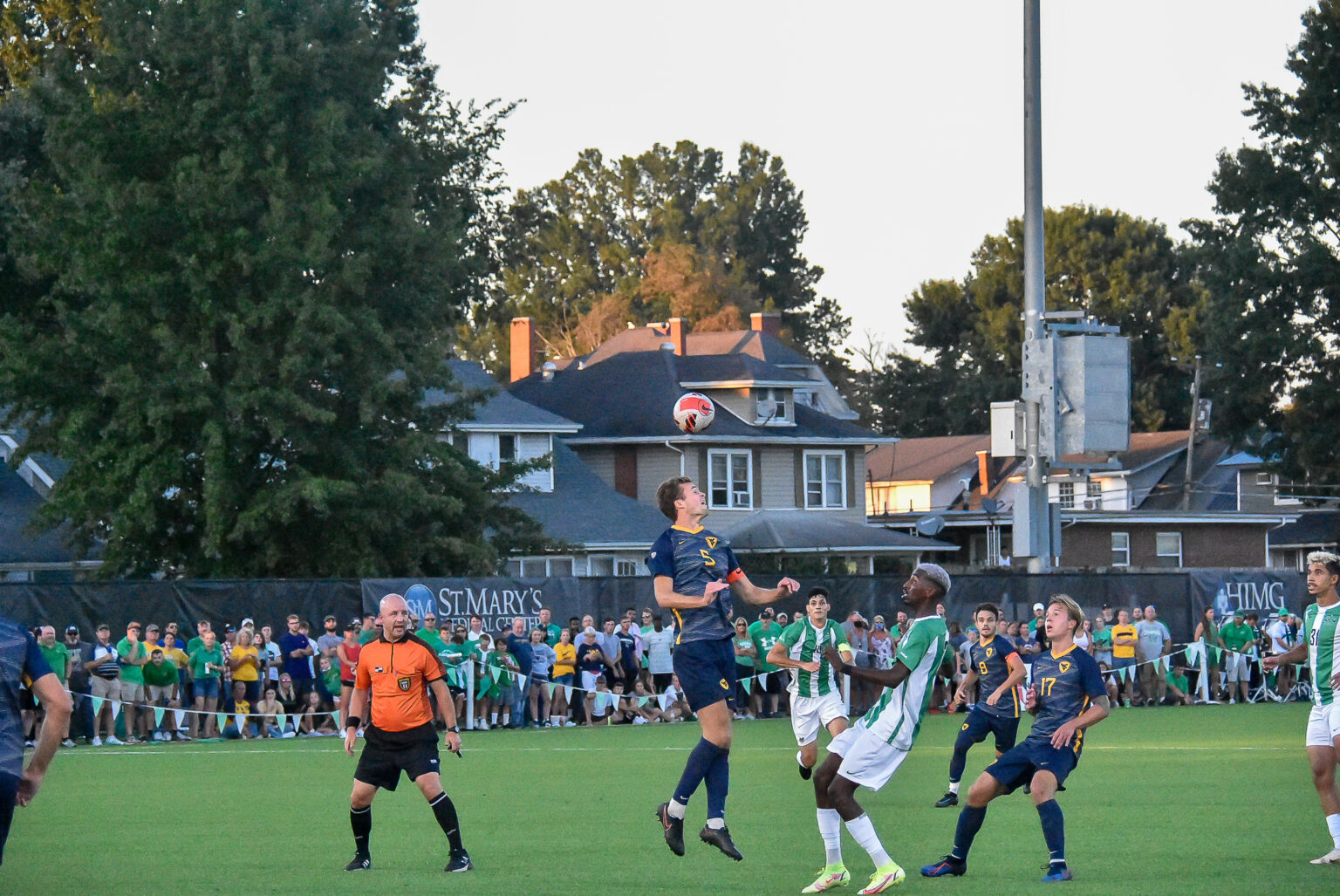 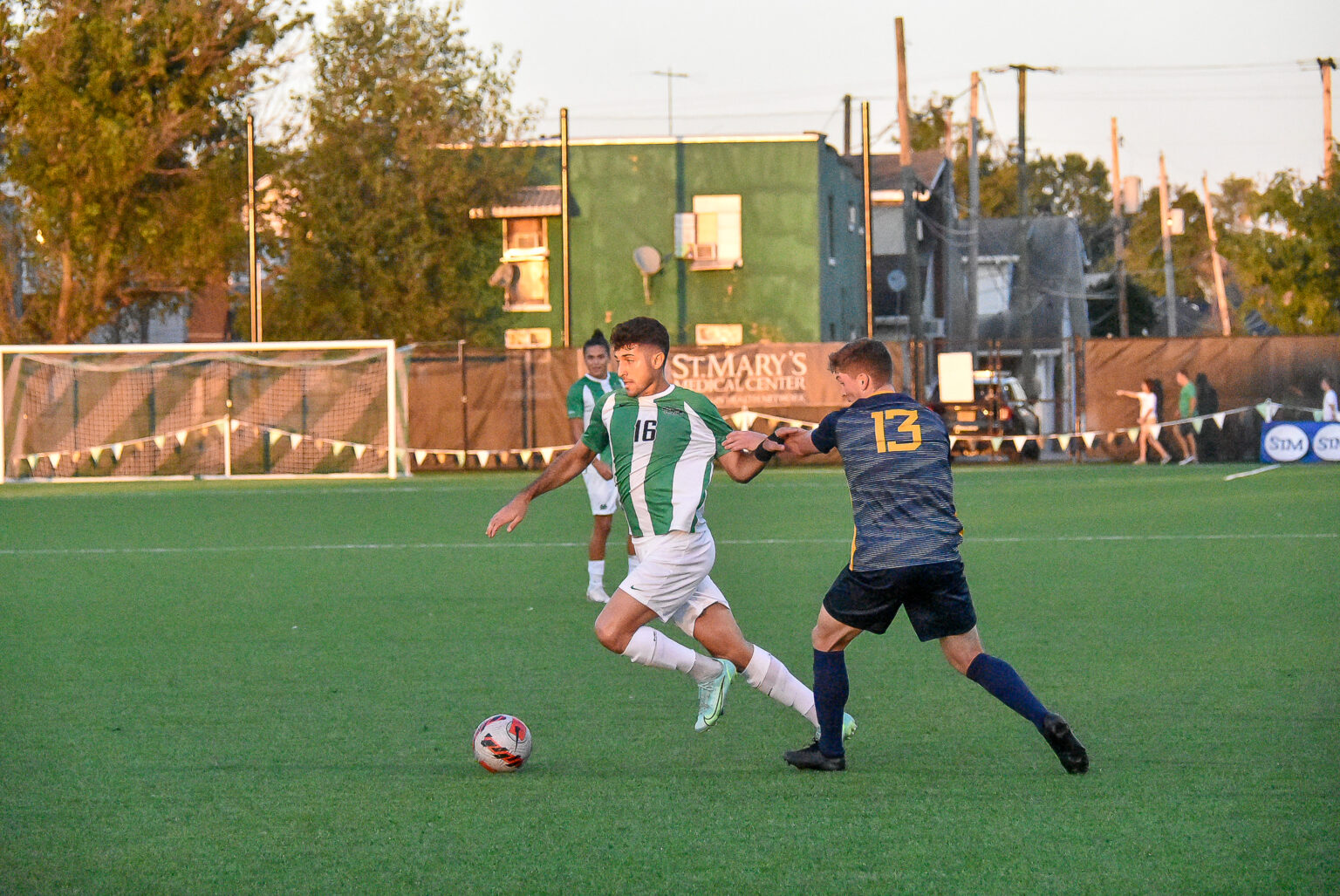 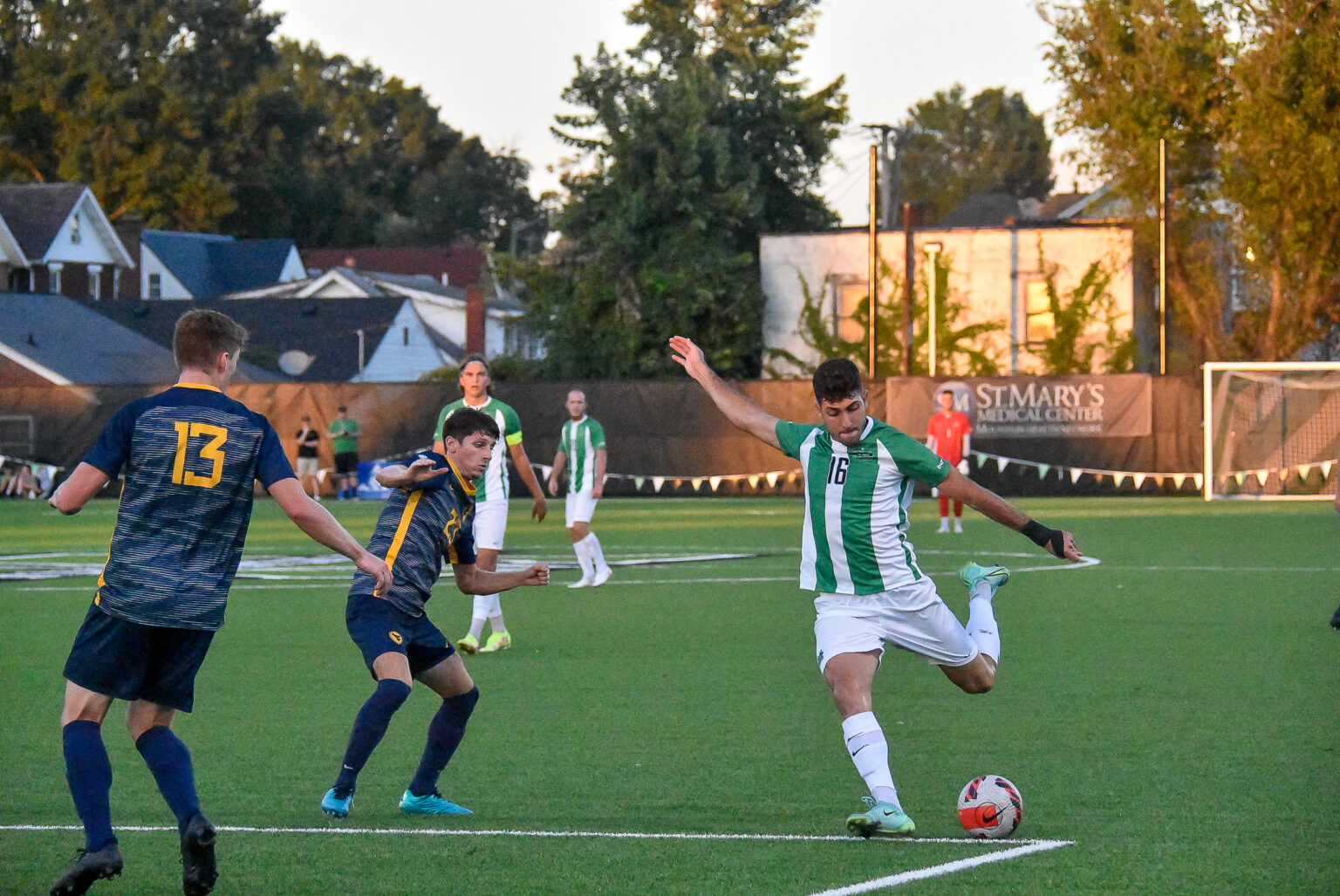 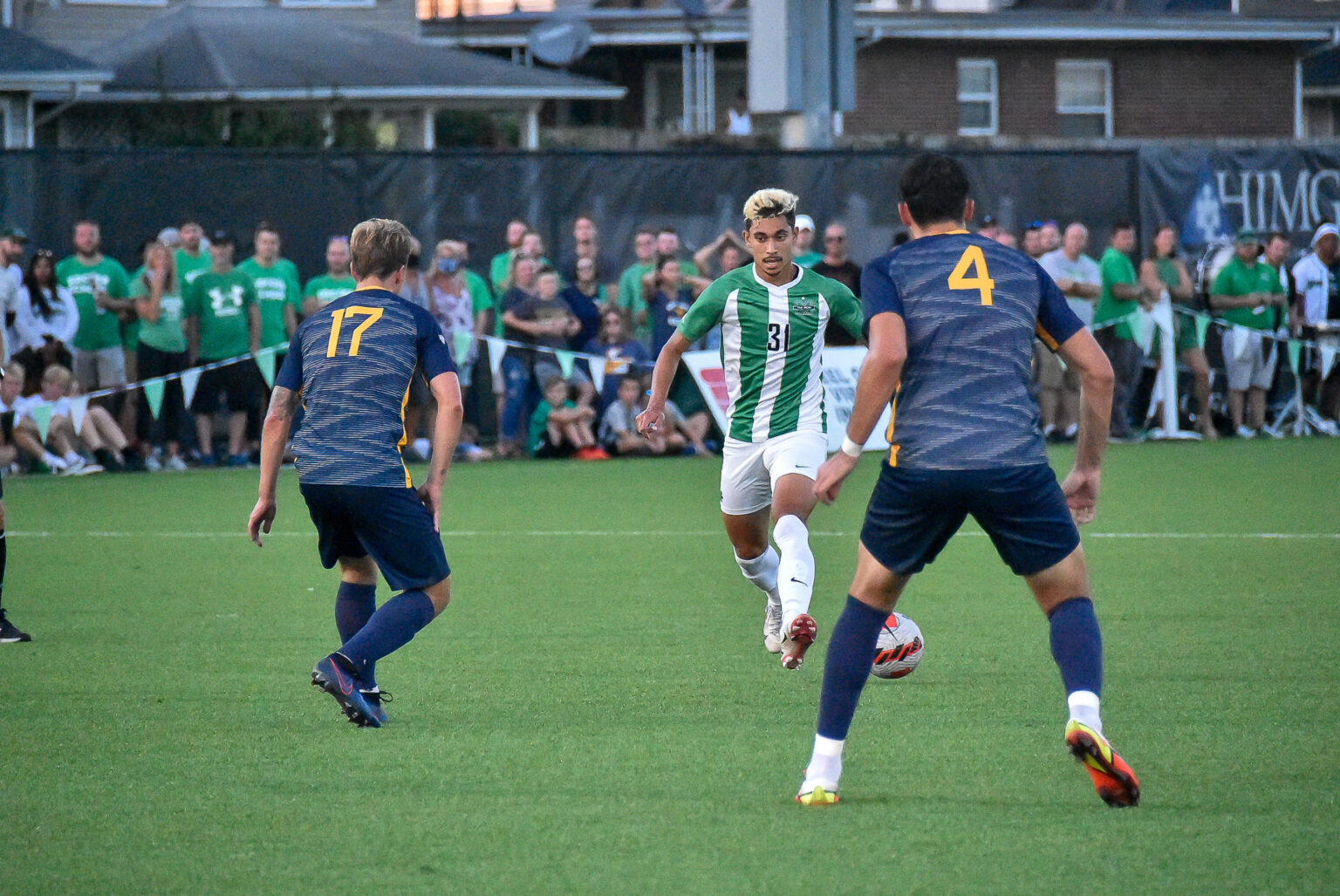 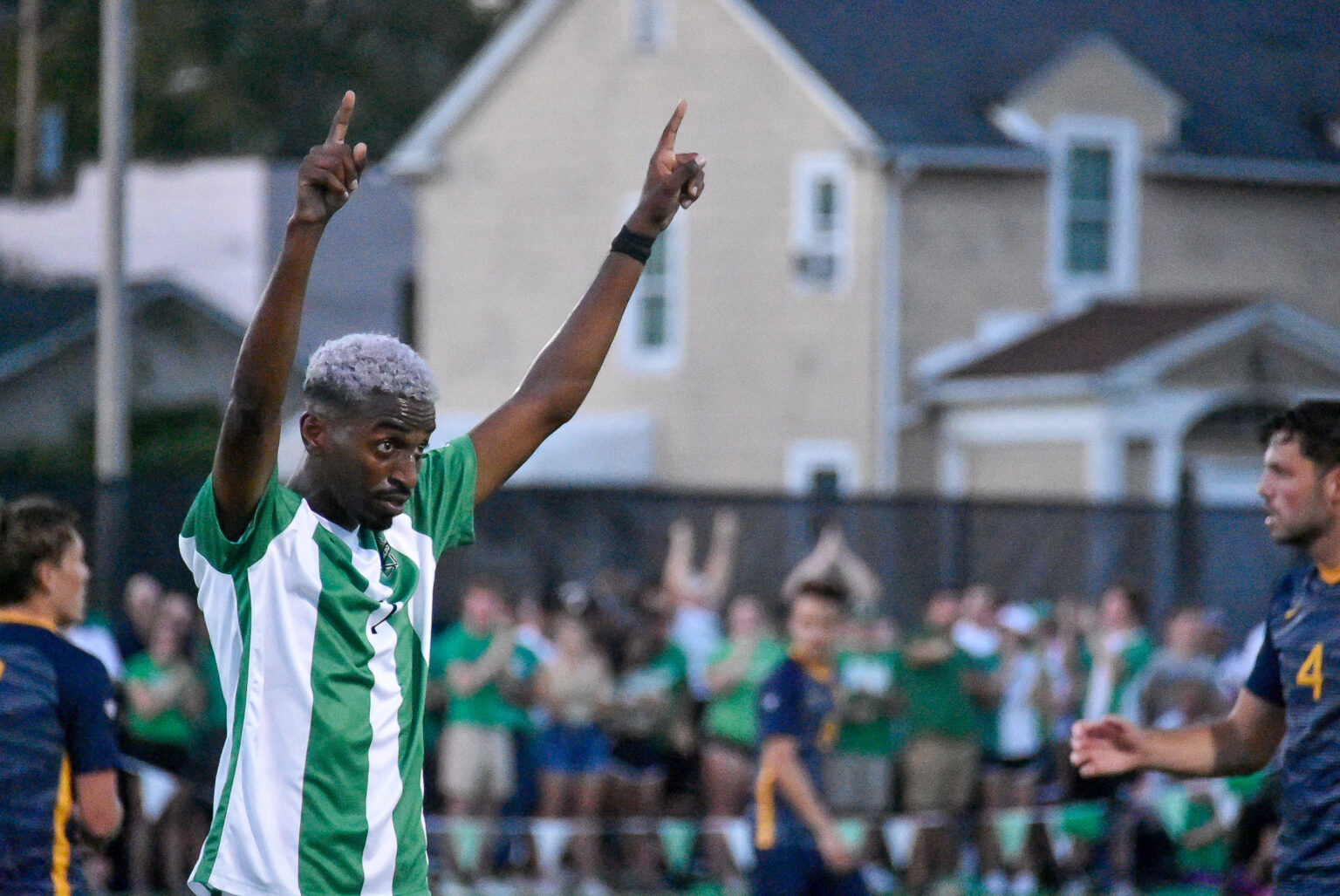 Marshall won at Florida Atlantic to improve to 7-1-3. (Photo by Angie Shockley) 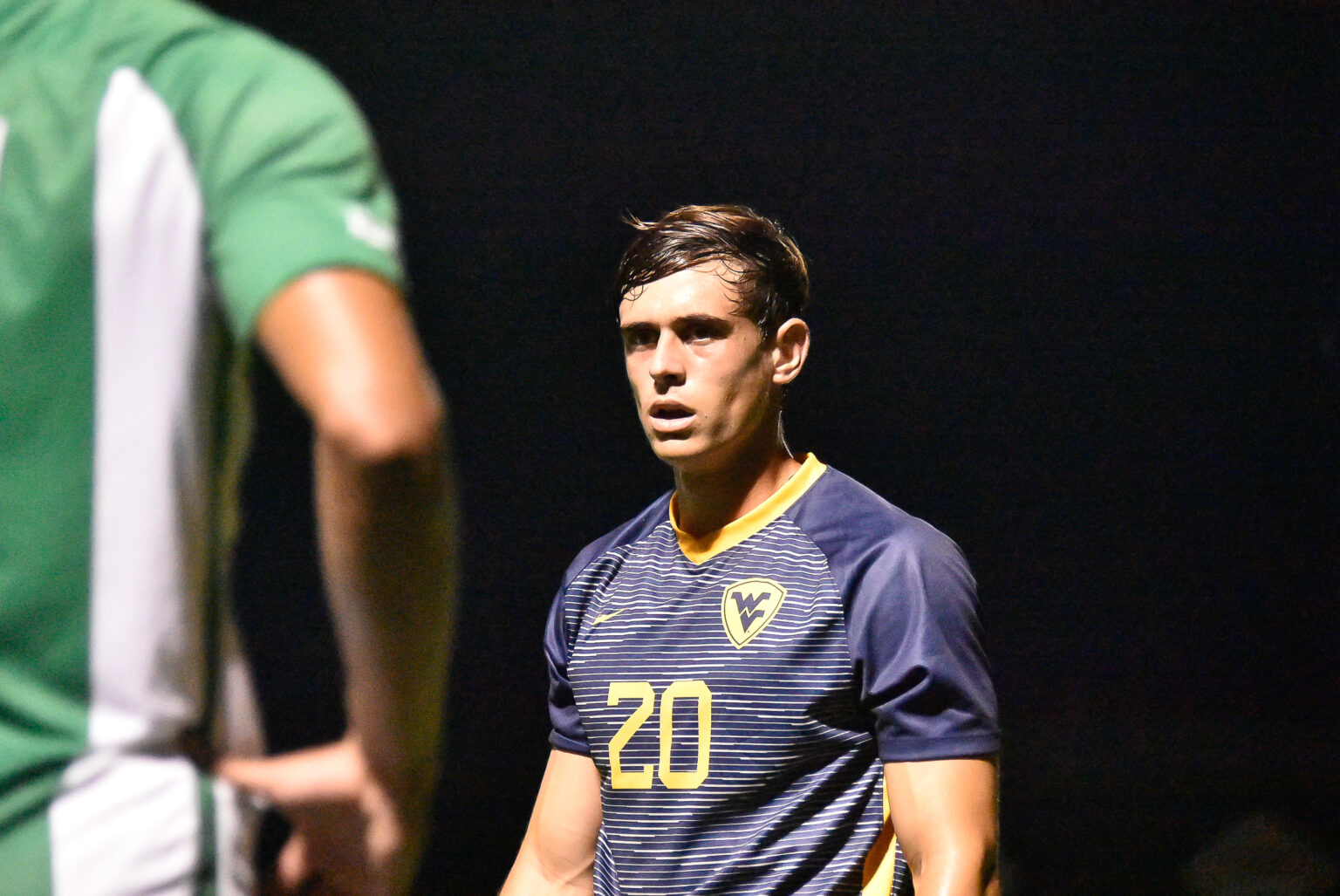 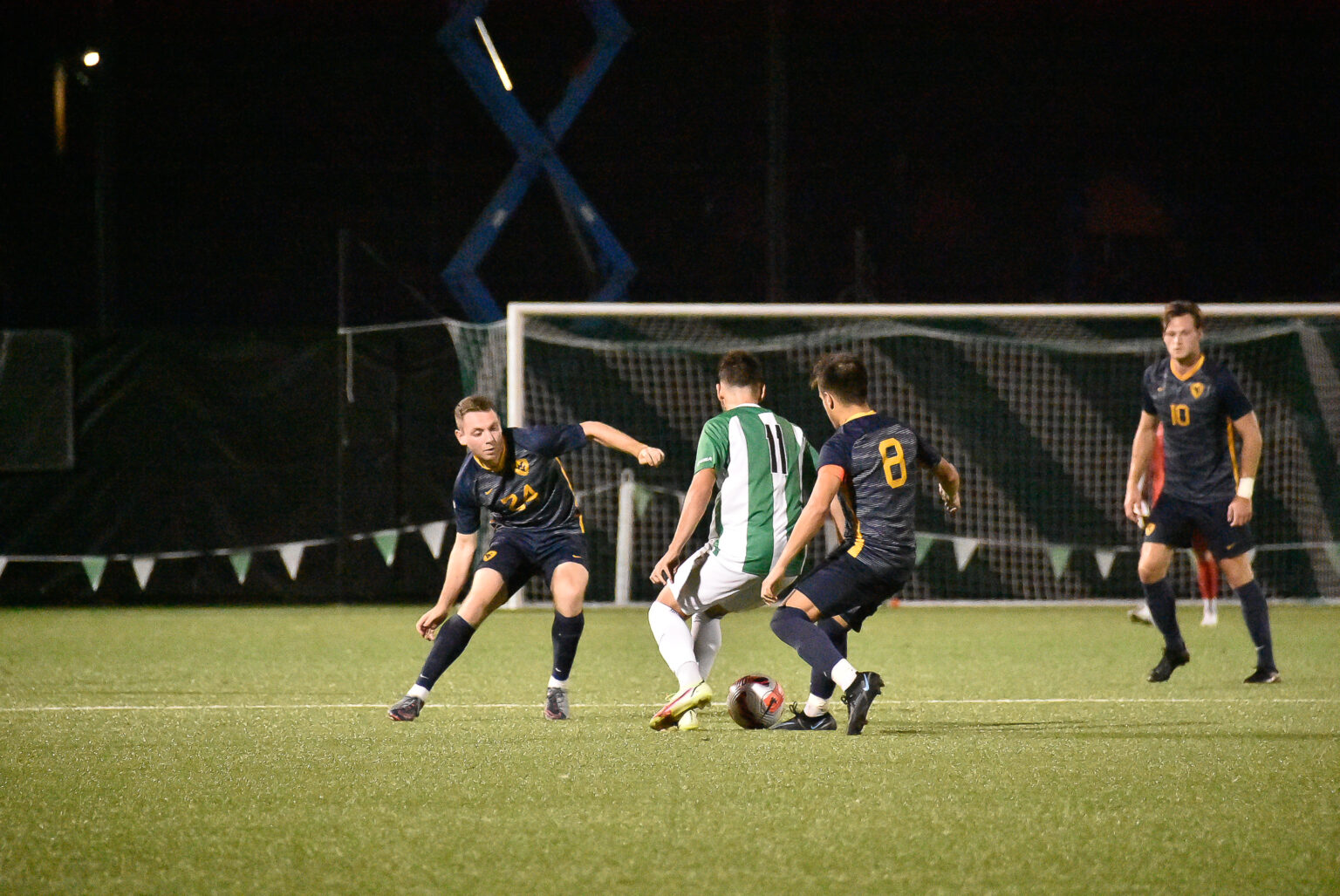 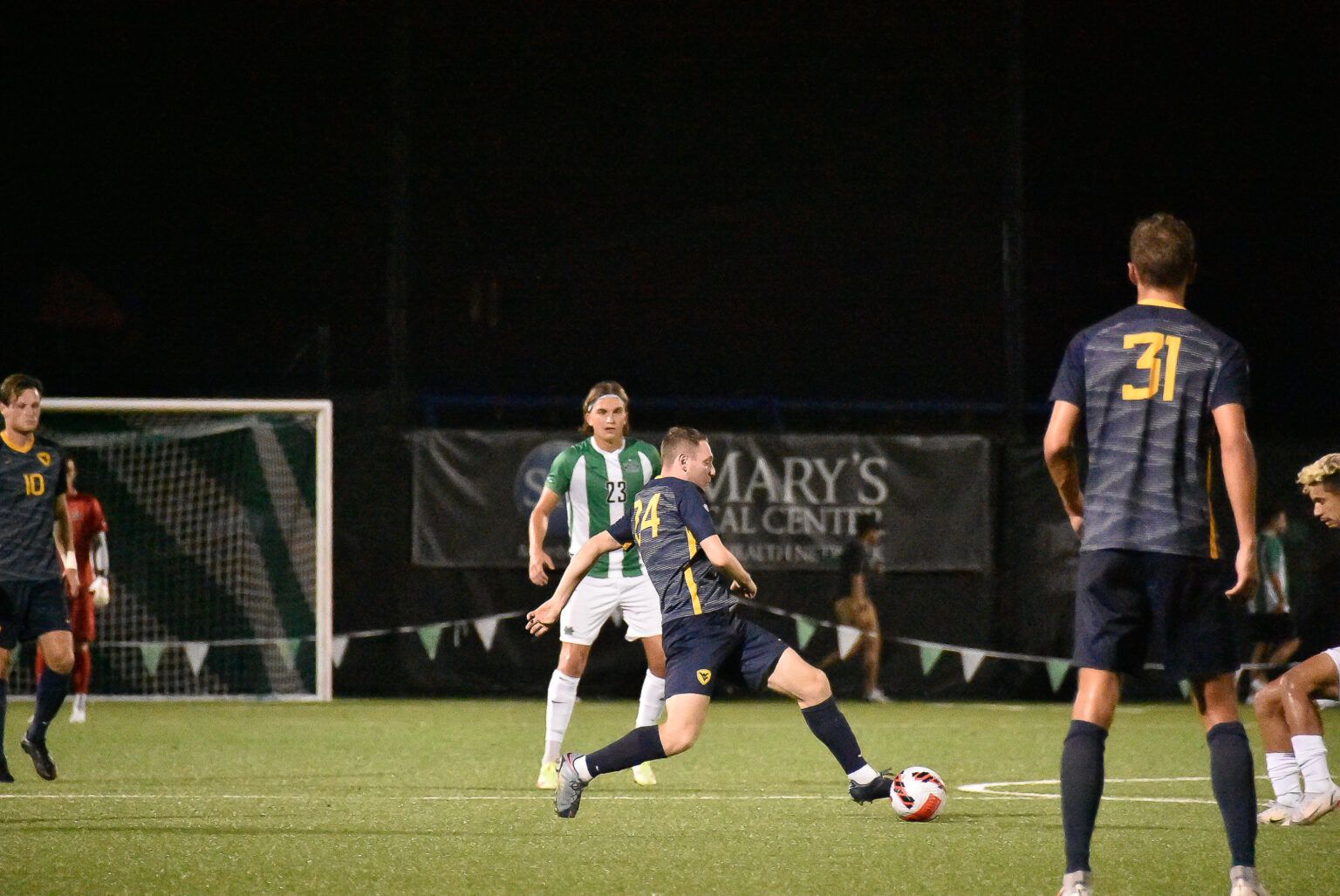 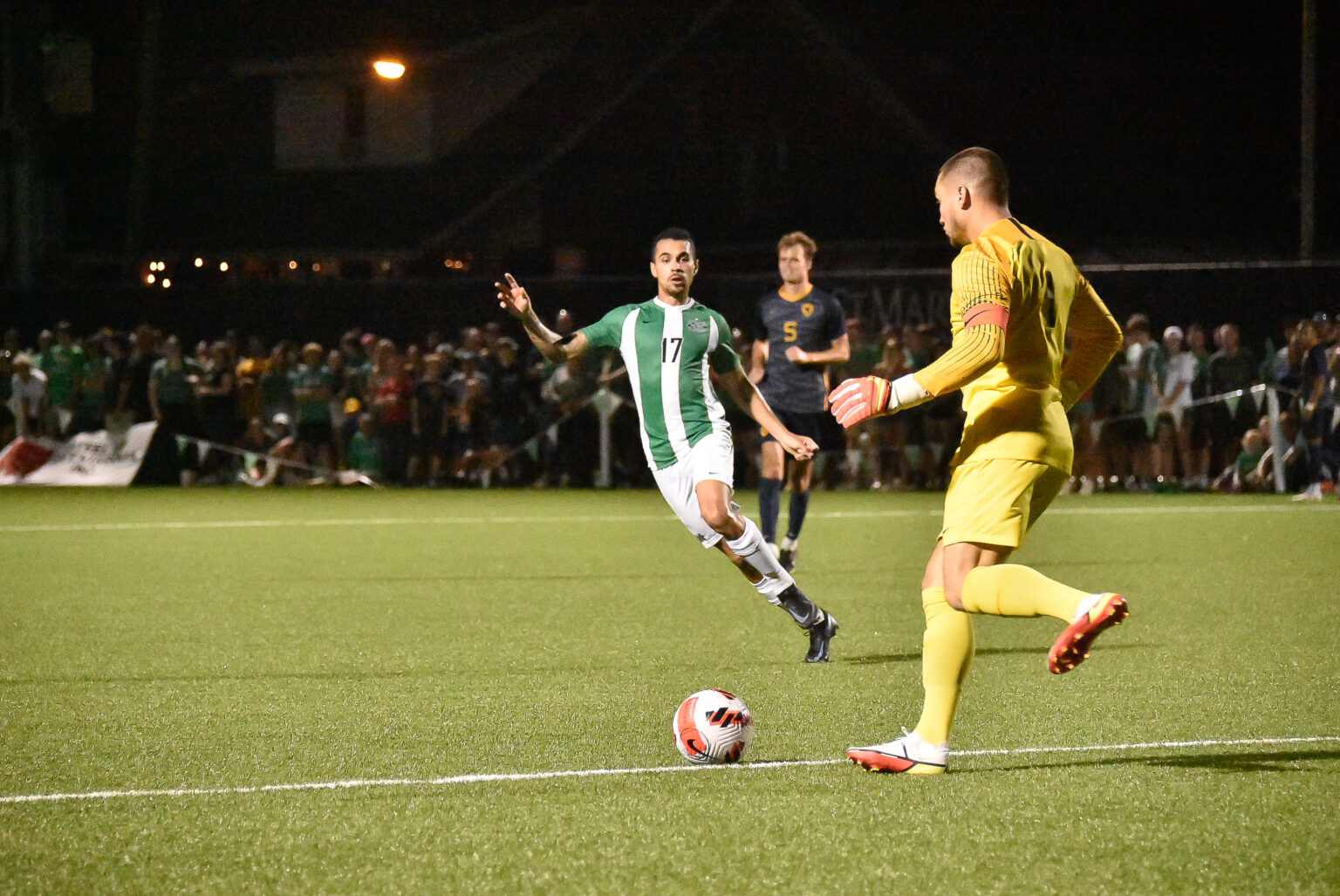 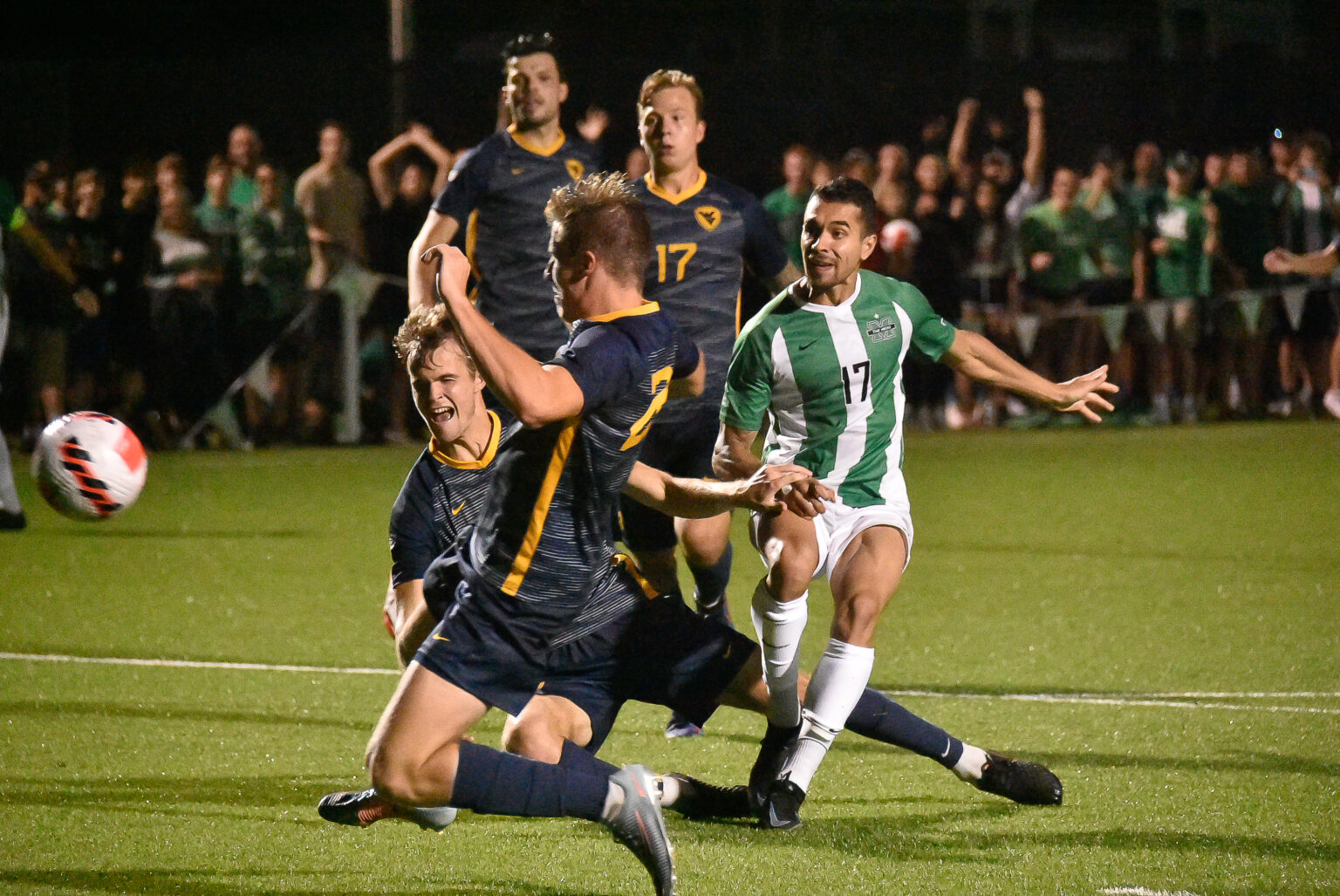 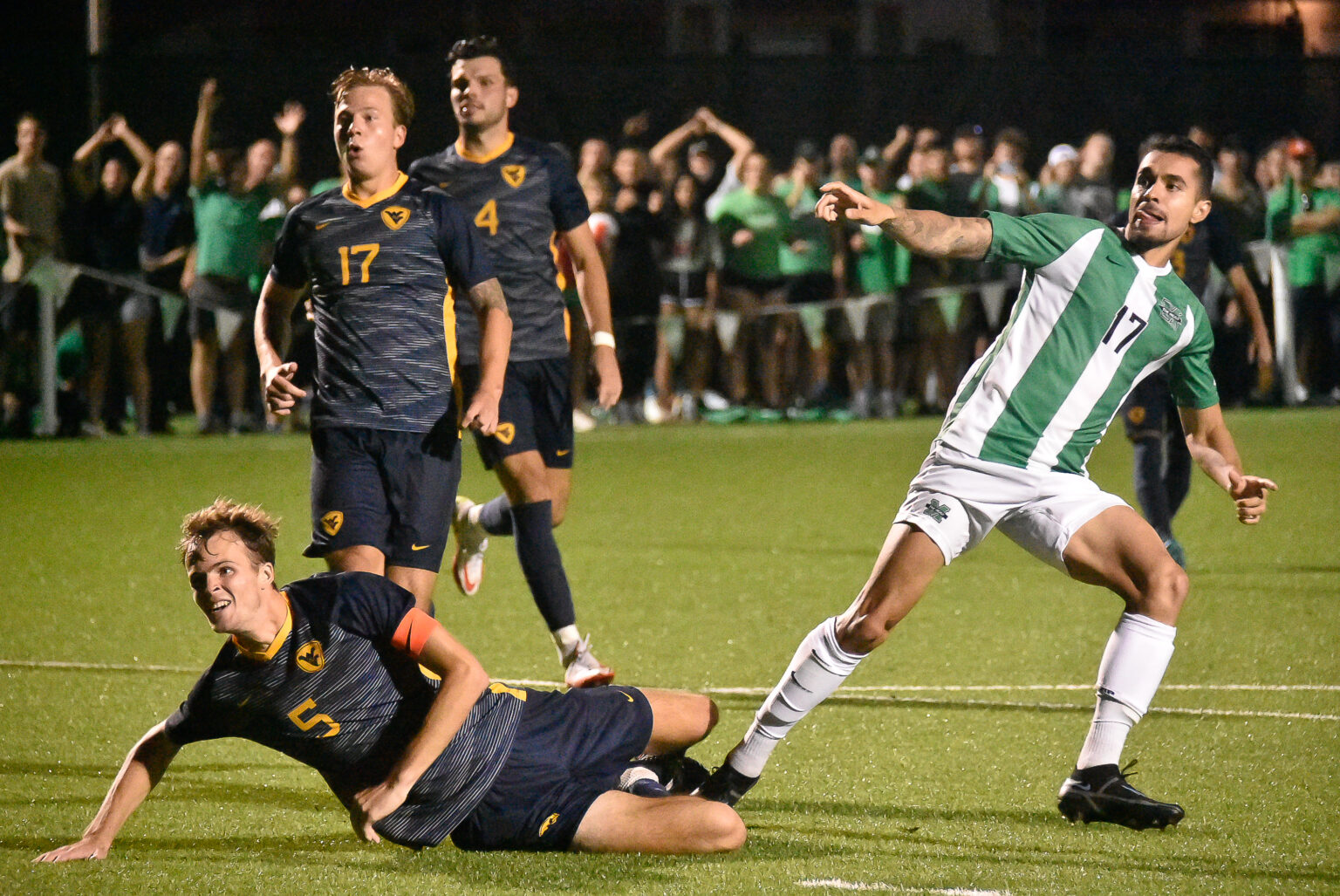 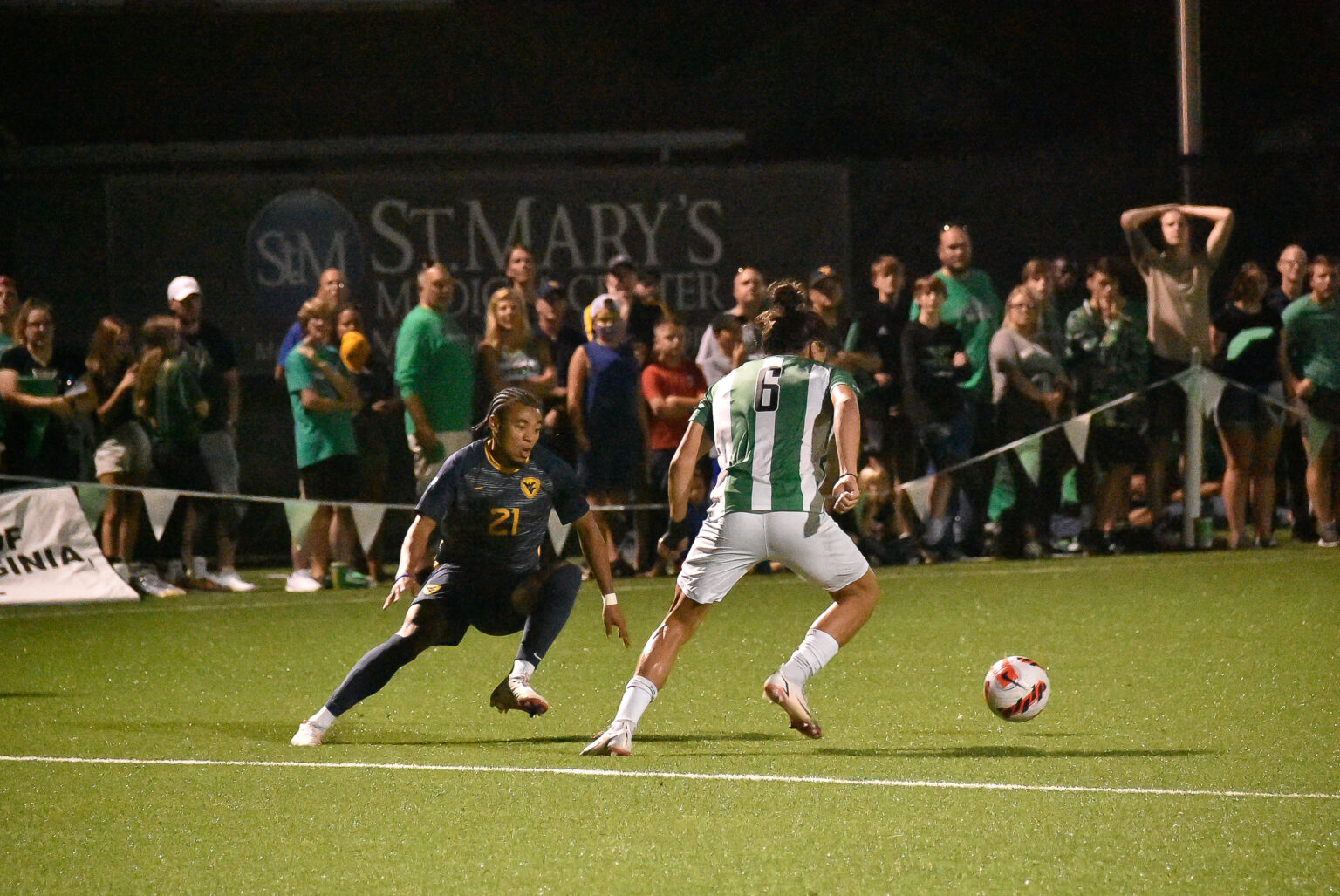 MORGANTOWN, W.Va. — The Mountain State men’s soccer derby produced four goals but no winner as No. 4 West Virginia and No. 6 Marshall played to a 2-2, double overtime draw at Hoops Family Field.

“This was a great advertisement for college soccer and for the state of West Virginia,” WVU head coach Dan Stratford said. “Those were two, top-five teams; it was a fair reflection of where we are, and it was a really interesting game.

“I’m just proud of the players. This was a new challenge in my tenure with the program. We’ve obviously had good results at home against ranked opponents, but this was the first time we’ve really had to go into someone else’s environment and see what we’re made of. I’m really pleased that 3,000 people here had a good time, and so did everyone else watching it.”

“We created a lot of chances in the second half and in the overtime especially,” Marshall head coach Chris Grassie said. “Even in the first half I think that we were just to open in transition. (WVU) did a really good job counterattacking and hitting the space. They scored and then we got one right back but it was kind of casual for us. The second half was fantastic. I thought it was great to see Collin (Mocyunas), Jan-Erik (Leinhos), Nate (Dossantos) on the back and then (Adam) Lubell and Gabriel (Alves) on the left did a great job in the second half and in the overtimes.

“We kept our composure and that is all we can really ask of the guys in those situations. We created the chances to win the game and we created them four times near the end of the game. We just have to finish one and in the future we will finish one. It will go in, like the final in Cary (National Championship match) we finished that one chance we had and tonight we didn’t. That is the small margin in tight games. And credit to Strats (WVU head coach Dan Stratford), they were very well organized and came with a game plan and stuck to it.”

West Virginia jumped on the scoreboard first in the 17th minute when Yoran Popovich scored off a feed from Luke McCormick. Marshall responded less than two minutes later when Pedro Dollabella scored his third goal of the season. Vitor Dias had the assist.

The Mountaineers (4-0-2) surged back in front just prior to halftime when Ciro Bourlot was set up by Pau Jimenez Albelda and Tony Pineda. WVU led 2-1 at halftime.

Marshall drew even for the second time in the 60th minute on an unassisted goal from Max Schneider. Fifty more minutes of play could not produce a go-ahead goal.

The Thundering Herd (3-2-1) outshot the Mountaineers 15-9. Steven Tekesky made four saves in the Mountaineer net while Oliver Semmle stopped three shots for the Herd.