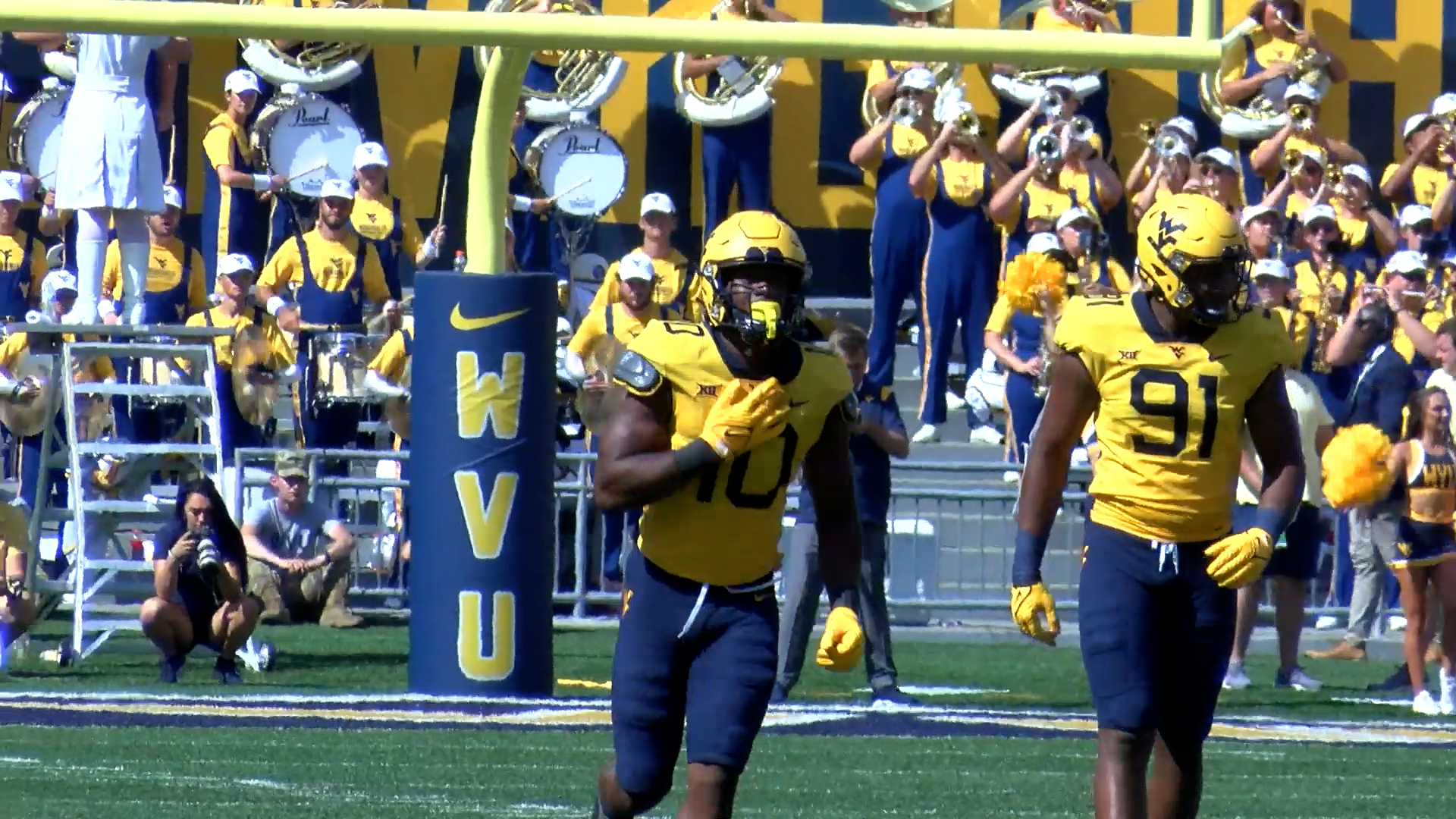 MORGANTOWN, W.Va. —  Less than a week ago, Jared Bartlett had two tackles and no sacks through the first two games of his sophomore season at West Virginia.

A rotational player at bandit, Bartlett hadn’t made a major impact against Maryland or Long Island.

While it wasn’t the desired start for the Miami native, Bartlett hadn’t been presented with an abundance of chances to build on his 2020 campaign — one that saw him tie for second on WVU with 3.5 sacks and record 19 tackles, including 5.5 tackles for loss.

“Really unlucky more than anything,” WVU defensive coordinator Jordan Lesley said in advance of the team’s matchup with No. 15 Virginia Tech. “He hasn’t had a lot of those opportunities going back a lot to how people move the pocket and how they protect us. That’s where he hasn’t been as productive where maybe he was last year.”

That all changed in the second half of Saturday’s 27-21 victory over the Hokies.

Bartlett earned his first sack of the season on the first play of the Hokies’ second series after halftime.

In the fourth quarter, he added two more sacks, including bringing down VT quarterback Braxton Burmeister on a fourth-and-goal play that resulted in a fumble recovered by WVU linebacker Lance Dixon.

“Coach Lesley always tells me that speed is my advantage,” Bartlett said. “I was just rushing with speed off the edge. I’m building confidence from my teammates in practice and it really helped me.”

Bartlett tied his career high with five tackles and had a career-best three sacks, consistently using that speed off the edge to get to Burmeister over the final two quarters.

“We had an idea what they were going to do coming in,” Bartlett said. “Throughout the game, you make adjustments and we did slight things and really played physical.

“The idea that we had coming into the game was getting him off his spot and making him not get past the second read so he wouldn’t be able to get into a rhythm throwing the ball.”

It was a much-needed boost to a West Virginia defense that was put in tough situations while the Mountaineers struggled to protect what at one point was a 27-7 advantage.

Both of West Virginia’s turnovers in the fourth quarter allowed the Hokies to start in Mountaineer territory, including Jermaine Waller’s interception that put VT in the red zone down by six with 2:11 remaining.

After one first down, the Hokies were stopped short of the goal-line on four straight plays inside the the WVU 5.

“Being on defense is very emotional, so you have to keep a level head,” Bartlett said. “In the huddle, we stay calm, make our calls and make our adjustments. When it comes to playing, just go.”

On Monday, the 6-foot-2, 225-pound Bartlett parlayed his breakout performance into being named Big 12 Conference Defensive Player of the Week.

Bartlett now turns his attention toward fourth-ranked Oklahoma and preparing for his first action against the Sooners after the teams were unable to play last season.

It’ll be a tough challenge for the WVU defense and its pass rushers, who are out to slow down Sooners’ sophomore quarterback Spencer Rattler.

“I’m very proud of him. He’s a young player, but he flashed. It’s great in coverage when you have a guy that’s getting back there really quick,” WVU safety Alonzo Addae said. “It forces the quarterback to make decisions. It’s kind of hand in hand. If we cover them well enough, then the front seven can get there. If they’re rushing fast enough, he’ll make bad decisions and then we’re going to make plays.”

West Virginia’s first Big 12 home game October 2 against Texas Tech will start at 3:30 p.m. The contest will air on ESPN2.

Mountaineer legend Darryl Talley will have his No. 90 retired that day.

The Red Raiders (3-0) open conference play Saturday at Texas looking to prolong their unbeaten start to the season.