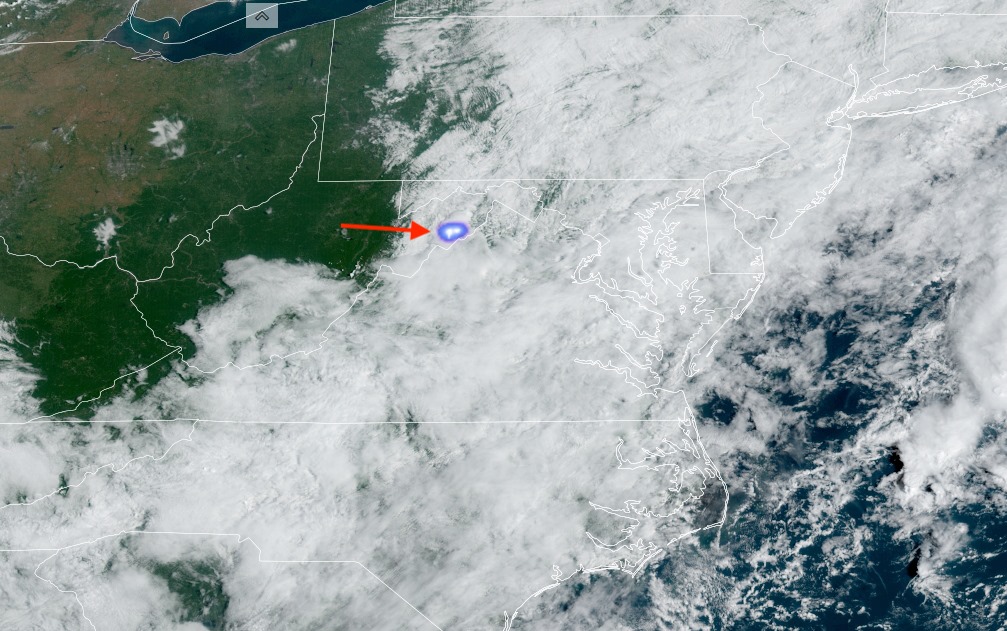 MATHIAS, W.Va. — Meteorite hunters will be combing through parts of the Potomac Highlands after a fireball was reported over parts of eastern West Virginia and northern Virginia last week.

William Cooke, lead with the NASA Meteoroid Environments Office, said the reported fireball happened at about 10:30 a.m. last Friday over New Market, Virginia near the border with West Virginia and the Hardy County community of Mathias.

A boom sound was reported across the region.

According to Cooke, the fireball shows up on Geostationary Lightning Mapper data with the meteor that caused it having the same possible brightness as a full moon.

It is believed the meteor had an energy between one and two tons of dynamite and could have been anywhere between 50 to 100 pounds traveling at a typical speed of 45,000 miles per hour.

When the meteor broke up the pressure wave produced was recorded on seismometers and infrasound instruments.

Cooke said what makes the incident unique is the sky was very cloudy and there are not as many eyewitness reports of the actual fireball as there are of the loud boom.

Cooke said it is possible the incident produced meteorites across the region.