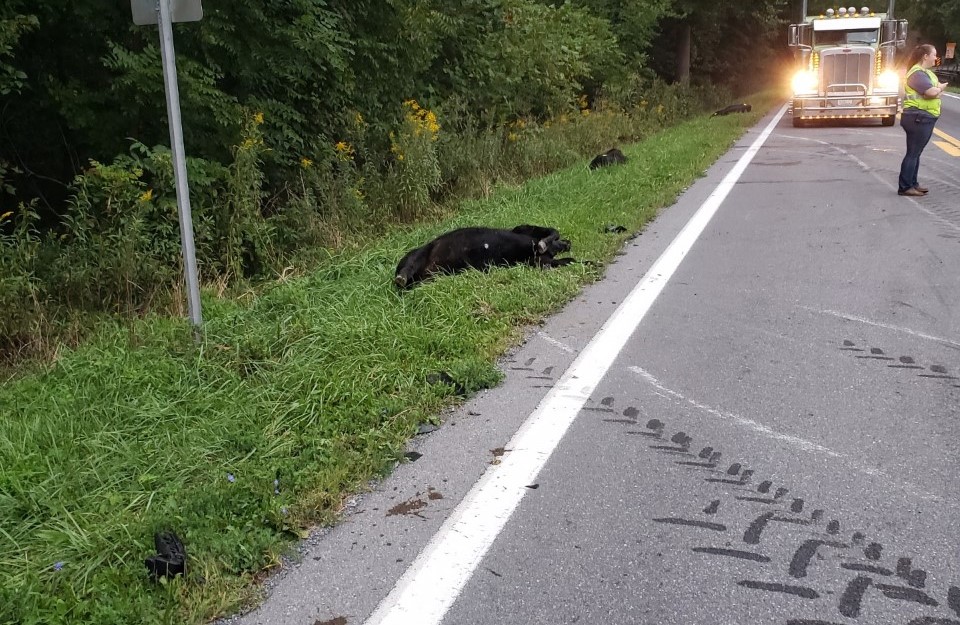 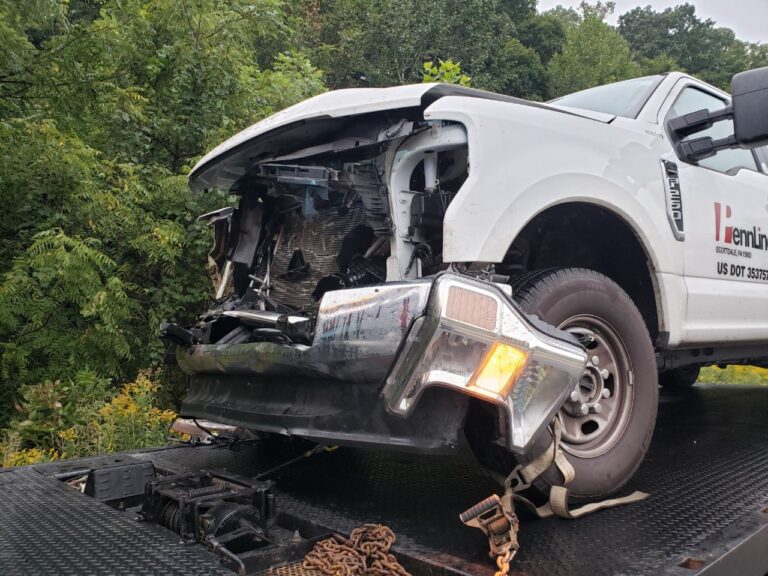 Extensive damage was caused to four vehicles which struck the cattle on Route 28, but nobody was injured. 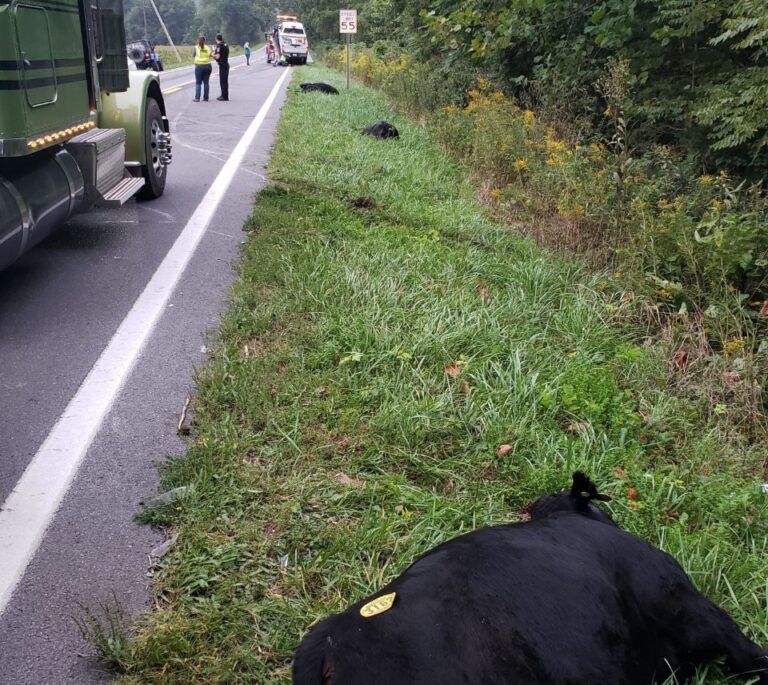 A total of 19 cattle were killed along a nearly two mile stretch of Route 28 north of Seneca Rocks when they broke out of their pen on a dark foggy morning last week. 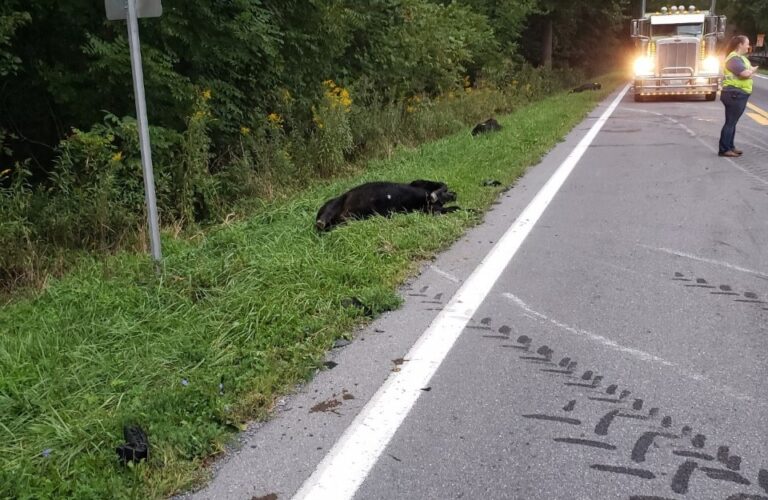 SENECA ROCKS, W.Va. — Nineteen cattle were killed in a bizarre accident along Route 28 in Pendleton County back on Thursday. According to the West Virginia State Police just over 40 steers purchased a day prior became spooked and broke out of a pen not far from the highway on a farm just north of Seneca Rocks.

The break-out happened about 5 a.m. with extremely thick fog.

“You can imagine driving down a dark road and all of the sudden there are black angus running straight at you. There’s not much a driver can do,” said Pendleton County Deputy Matthew Kontyko.

Four separate vehicles struck the cattle along a two mile stretch of the road.

“A logging truck, a dump truck, a big F-350 work truck, and then a Subaru Outback. That was across the course of two miles, but they were all separate accidents involving the cattle,” he said.

Thankfully nobody was injured, but damage to the vehicles was substantial. Several of the injured cattle had to be put down.

State Police Sgt. Andrew Teter said the landowner was able to round up 24 of remaining steers, there were three which remained unaccounted for after the incident. Teter indicated the farmer had insurance to cover the damages to each vehicle involved.  He had purchased the steers only a day earlier at a stock yard.