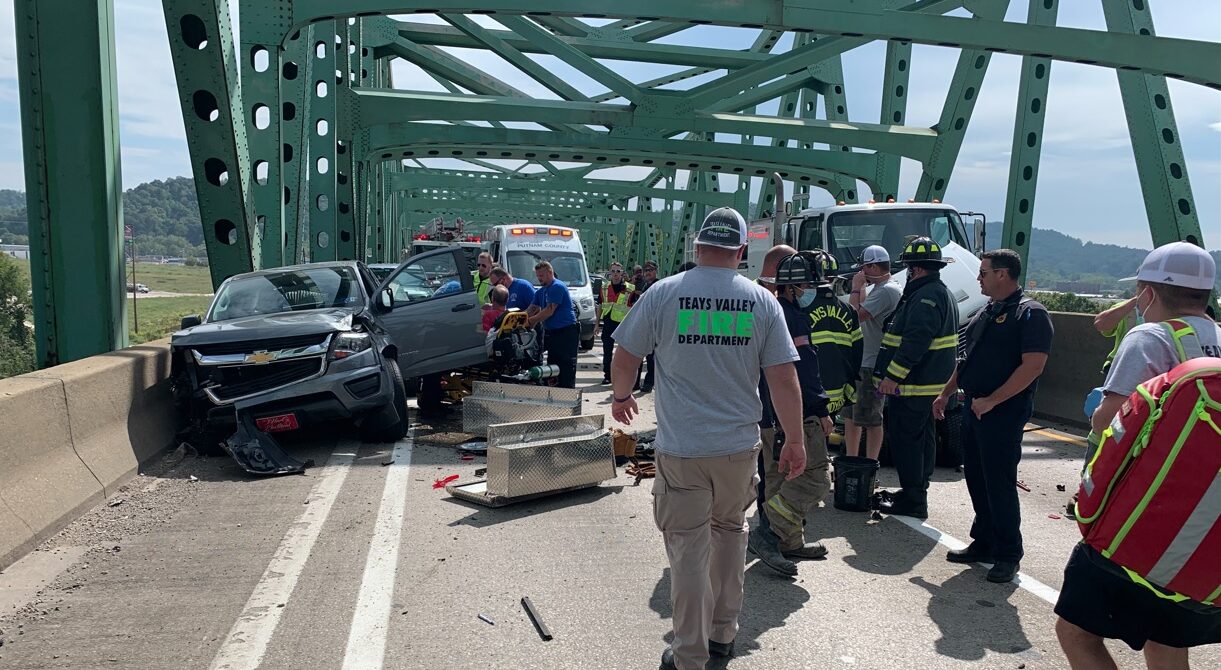 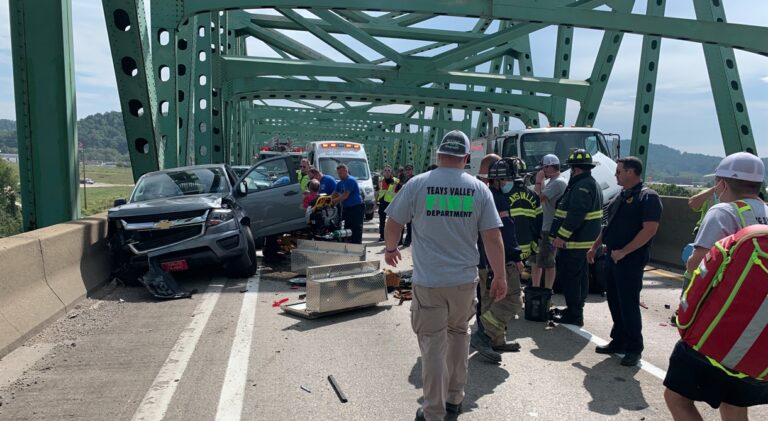 It would take a while to cleanup the wreckage. Photo courtesy Nitro Fire Department

NITRO, W.Va. — The busiest stretch of interstate in West Virginia was closed for a little more than an hour Monday after a chain reaction crash that involved four vehicles.

The crash, which took place at just before noon in the westbound lanes of the Interstate 64 bridge at Nitro, initially closed all lanes of traffic.

The westbound lanes were reopened at about 1:05 p.m.

Those in the vehicles suffered minor injuries. One person was taken to the hospital.

A number of first responders were on the scene along with state DOH crews.