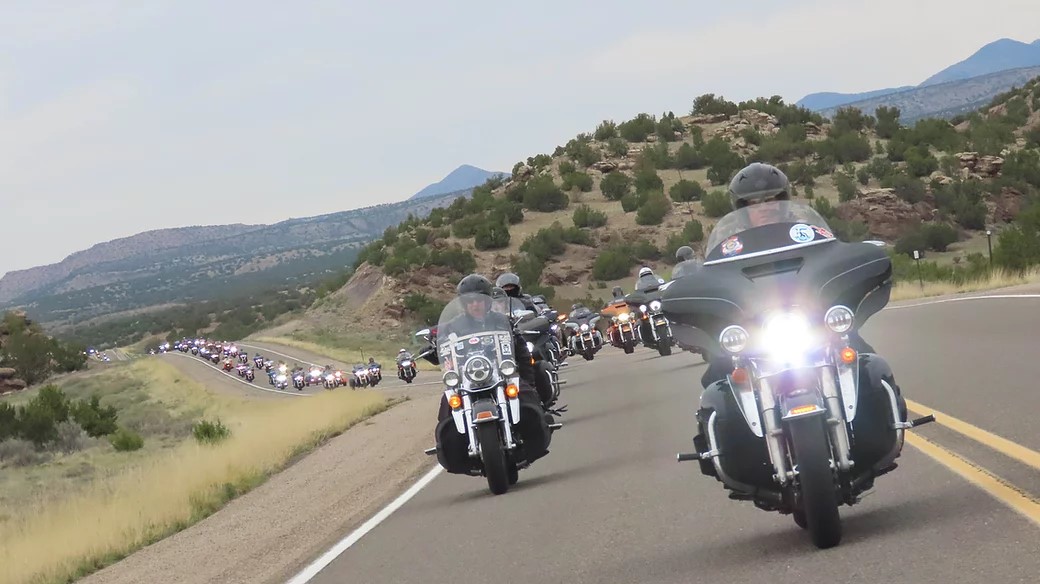 Typically Kyle Petty's annual Charity Ride is a cross-country event. This year--it's three mini rides and two of them will go into West Virginia

HOT SPRINGS, Va. — Race car driver Kyle Petty and those who make his cross country motorcycle ride for charity every year were disappointed the trip was scrubbed for a second straight year because of Covid 19. Petty said there was so much desire for a ride, they decided to make a pivot.

Instead of a cross country ride, they’ll do three mini-rides which will involve day trips based out of the Homestead Resort in Hot Springs, Virginia.

“We’re calling the Charity Ride Revival and we’ll have three straight mini rides out of the Homestead,” he explained.

The day trips include one on Tuesday to the National D-Day Memorial in Bedford, Virginia. The day two trip will go to Seneca Rocks in West Virginia and the third day the party will travel to the New River Gorge National Park in West Virginia.

Petty has previously been to both locations in West Virginia.

“I’ve been to both and they are both absolutely breathtaking,” Petty said.

The idea was conceived by talking to many who have been on his cross country charity ride in year’s past. The overwhelming choice for lodging was the Homestead. Once that was established, Petty said the rest was easy.

Riders on the cross country trip must pass a safety course put together by the ride organizers for liability reasons. Therefore, this year only those who have previously been on the ride can participate. Money from the event benefits Kyle’s charity called Victory Junction.

“We see children with serious medical conditions and chronic life threatening conditions. Really it’s a hospital disguised as a camp. It allows kids with medical conditions, for one week, just to be a kid. They can climb a ropes course, ride a horse, to fish or do something fun maybe they’ve never had a chance to do,” Petty explained.

The camp was created by the Petty family in memory of Kyle’s son Adam who was killed in a racing accident.