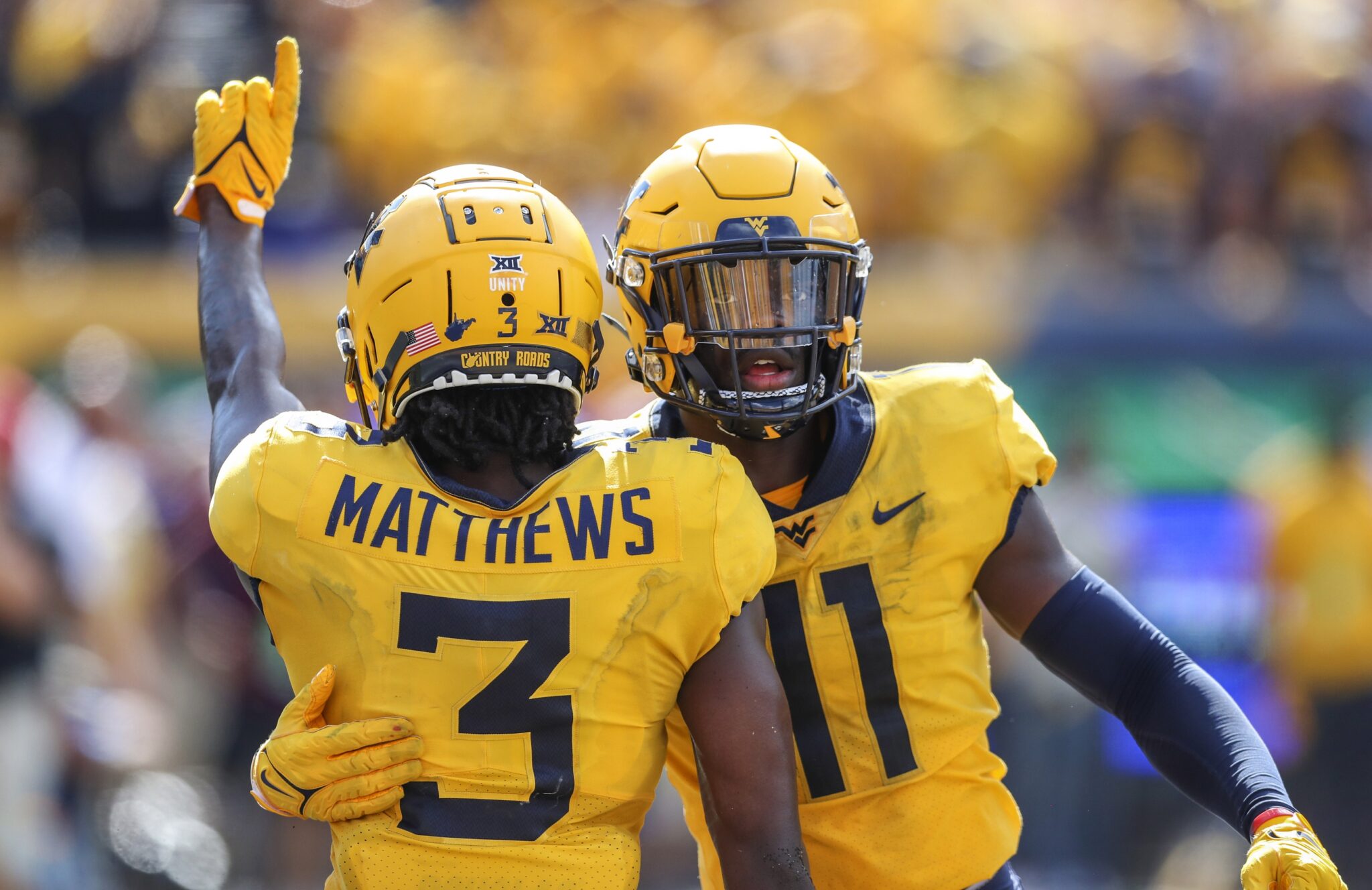 MORGANTOWN, W.Va. — The West Virginia coaching staff often talks of non negotiables within the program in reference to aspects necessary for the Mountaineers to give themselves the best chance to win.

Effort is one of the main topics on that list.

It’s also something that has helped junior cornerback Jackie Matthews become a household name on the Mountaineers’ defense three games into the 2021 season.

“The thing I like about Jackie is he plays one speed. He is one of the best strikers we have,” WVU head coach Neal Brown said. “What I mean by that is when he comes downhill, he uses a good technique. He’s not a guy that’s diving at ankles. He’s running through contact.

“He has a little presence about him that some of the guys on that side of the ball don’t have as far as a little bounce to him. I really like the way he plays.”

With the Hokies 4 yards from their first lead, Matthews covered wideout Tre Turner across nearly the entire field after VT quarterback Braxton Burmeister reversed direction to elude a pass rush. Burmeister threw to Turner, who nearly came up with a potential game-winning catch, only for Matthews to force him out of bounds while in the air and knock the ball out in the process.

“You’re not going to find a better effort play,” WVU defensive coordinator Jordan Lesley said. “The kid is beat and catches up in a key situation and forces the guy out of bounds. Those are the plays that win you games, not what I draw on a board or what anybody draws on the board.”

Seconds later, Burmeister again went looking for Turner on a decisive fourth-and-goal play and Matthews broke up the pass to preserve a 27-21 victory.

Matthews is playing more in his second season at WVU. That was expected after he spent the 2018 and 2019 seasons at Mississippi Gulf Coast Community College and was largely in transition mode throughout his first year in Morgantown.

But the 5-foot-10, 190-pound Matthews has also seen his role expand in part because of his versatility.

“Junior college players in their second year are usually much improved,” Brown said. “That’s been for sure the case with Jackie. He’s worked with [safeties Alonzo Addae and Scottie Young] going back to January. Those three have put in extra time and really earned the opportunity to have successful seasons.

“We’re playing him at multiple positions. He’s playing spear for us. When we go to our dime package, he’s playing basically the will linebacker. Then he’s playing corner and he’s played all those positions through three games. His mental approach has been much improved as well.”

Playing different positions is nothing new for Matthews, a former quarterback at Pinson Valley High School in Alabama. It was there that Matthews played for Patrick Nix, the father of Auburn quarterback Bo Nix.

Before Matthews’ senior season, Bo Nix became quarterback at PVHS, and Matthews then saw the bulk of his action at wide receiver and defensive back.

Pinson Valley went on to win the 6A state championship in 2017. Matthews was also on a National Junior College Athletic Association Football Championship team at MGCC the season before he arrived at West Virginia.

“He wins a high school state championship and plays multiple positions,” Brown said. “He goes to Gulf Coast and plays every position in the secondary and they win a national championship in his second year. I do think there’s something about that. He was a selfless player in junior college, which you don’t see a ton. He played free safety, he played corner, he played nickel and all within his second season there.”

Throughout preseason camp, Matthews was in competition with Daryl Porter Jr. to be WVU’s second cornerback opposite Nicktroy Fortune. While Porter earned the start in the season-opening loss at Maryland and has continued in his role as the No. 2 corner, Matthews is making the most of his extensive action.

He has 11 tackles thus far — three in each of the first two games and five last Saturday.

“You could see this coming a little bit,” Brown said. “He had a great spring. He got injured in fall camp and missed seven to ten days. It took probably the Long Island game for him to get back to speed. He made some flash plays at Maryland, but he played really well in some big moments Saturday.”