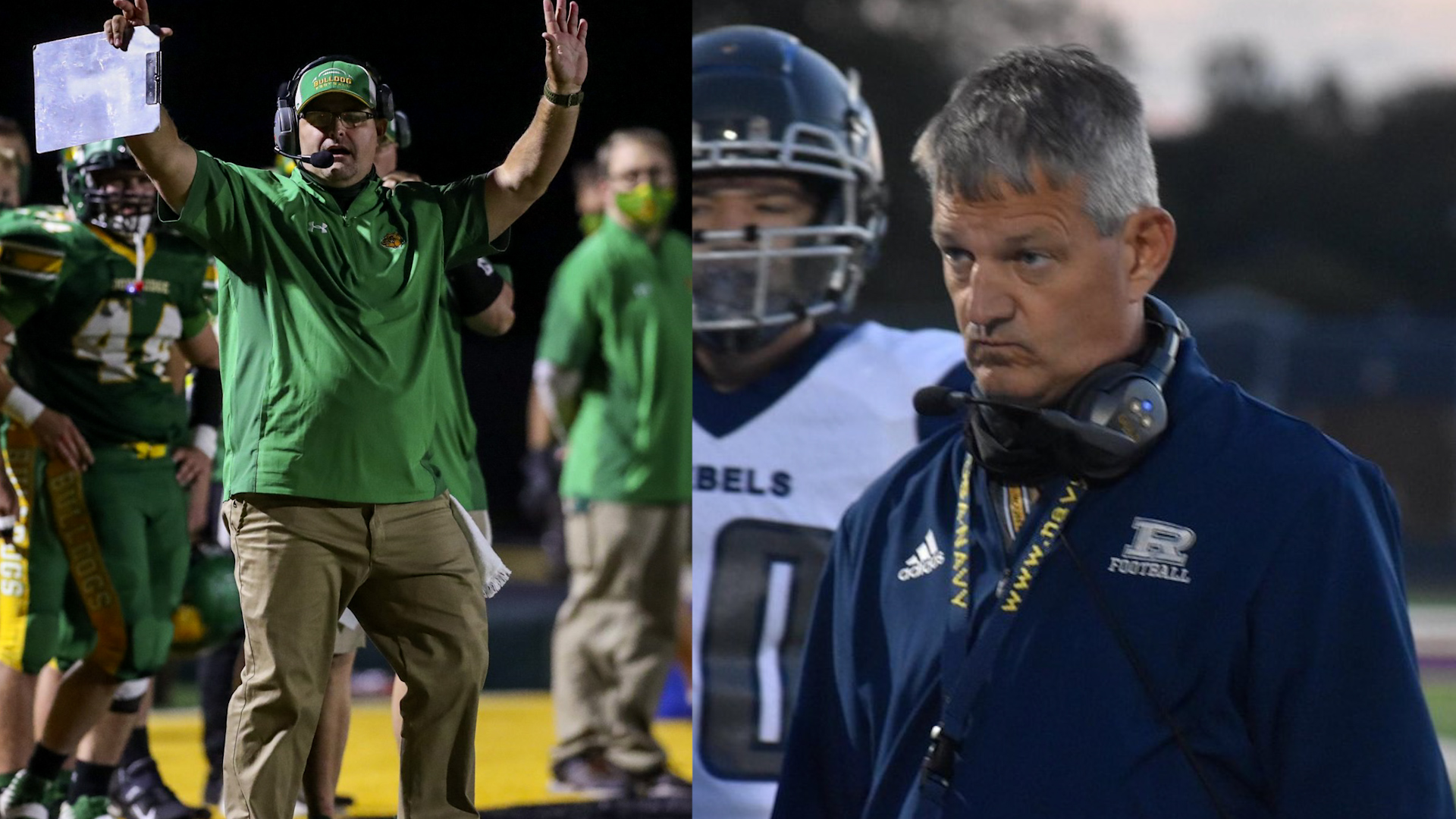 MORGANTOWN, W.Va. — Two of the top five teams in the MetroNews Class A power rankings will renew acquaintances Friday night at Cline Stansberry Stadium in West Union when No. 3 Ritchie County (3-0) visits No. 5 Doddridge County (2-0) in their annual matchup.

The Bulldogs have won seven consecutive games in the series but the Rebels have slowly narrowed the gap between the programs in recent years. Doddridge edged Ritchie 9-8 in Ellenboro last year.

Doddridge is coming off two consecutive bye weeks due to COVID issues with their opponents.

“We decided to practice a little harder than we normally would if we had games,” Doddridge County head coach Bobby Burnside said. “When you play games, you get in game shape. Your timing and conditioning builds. It is a little bit like starting over. Are there challenges? Yes. But we are going to go play. One thing I know about our young men is that they are going to play as hard as they can the whole game.”

The Bulldogs have posted wins over South Harrison and Tyler Consolidated to open the season. Doddridge has enjoyed a string of talented running backs in recent years, notably with Hunter America and Reese Burnside. Senior Dylan Knight leads the team with 237 rushing yards and a pair of touchdowns.

“That’s a player I hope colleges take interest in real soon. He is getting some contacts. Not only is he a very good running back, he is a second team All-State linebacker and what a lot of people probably don’t know is that he is one of the state’s best long snappers.”

Seth Richards has rushed for 222 yards (7.2 average) and two scores.

“Seth is kind of the home run hitter. He played receiver for us last year but we have always seen him come up through the youth and the middle school. We know what kind of vision and running skills he has.”

The Bulldogs rely heavily on their offensive line in their run-dominated offense. Doddridge has attempted just four passes in two games.

“We returned some really good starters. And they are not huge. They have what I call ‘good size’. They are 230-240 [pounds] and athletic young men,” Burnside said. “What they do without all the headlines makes us go. Those guys in the offseason were killing it. That’s why they are having success.”

Ritchie County is off to a 3-0 start for the second time in three years. The Rebels rallied from a twenty-point deficit to defeat Wahama, 50-48 in overtime two weeks ago.

“Something clicked. Looking back on that game now, I think our kids learned something about themselves. As it turned out, I think it gave our kids some confidence. Offensively, it was an explosion night for that side of the ball,” said Ritchie County head coach Rick Haught.

“We thought we had guys with the ability to step up. And we knew coming into the season that Gus was going to have a huge target on his back. Every defensive coordinator, that is the first thing they are going to look at and scheme against. We thought for the success of our season, it was vital for some other kids to step up. We have worked hard to find opportunities for some other kids to make their contributions,” Haught said.

Junior quarterback Ethan Haught has passed for 460 yards and six touchdowns in three games. He has also rushed for four touchdowns.

“Ethan Haught is having a tremendous year,” Burnside said. “Last year, the steps he took from his freshman to sophomore year were very impressive. I think this year, he is a much better athlete. We could see that in the spring in track when he was running on their shuttle hurdle relay team. What he did in that Wahama game was pretty impressive.”

“They have some excellent athletes on their team,” Rick Haught said. “Defensively, I think they have very good team speed. They are always extremely disciplined. Rarely are you going to see them out of position so you have to earn what you get.”