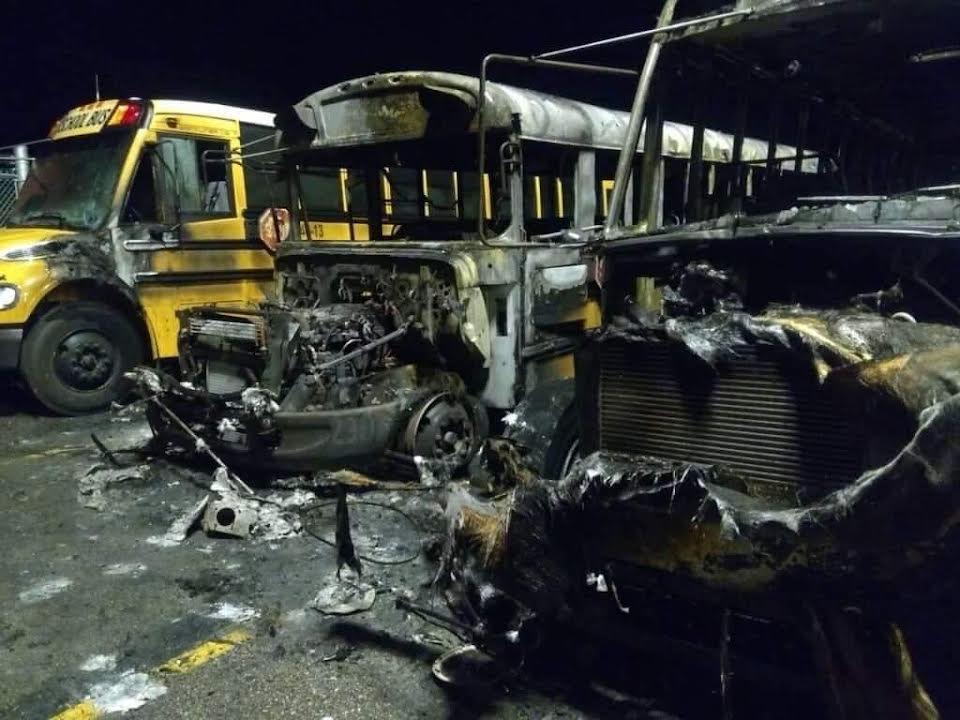 Two buses were destroyed and two others damaged. (Submitted photo)

The buses were parked at the Ripley school bus garage near Ripley High School. The fire was reported at around 2 a.m.

Some Ripley residents reported hearing and feeling explosions associated with the fire.

The front ends were burned out of two buses, according to Jackson County School Superintendent Blaine Hess.

“They appear to be total losses,” Blaine told WMOV Radio in Ravenswood. “I can’t imagine them being repaired in any fashion and being put back on the road.”

Hess said two other buses sustained heat damage. He said those will repaired and back in action soon.

The state Fire Marshal’s Office has been called in to investigate. The Ripley Fire Department responded to the blaze and is assisting the fire marshal.

“We do have some video surveillance of that area that we’ll be reviewing,” Hess said. “The authorities will do a thorough investigation to get to the bottom of this issue.”

Hess said the county’s insurance will cover the damage. He said he’s thankful for the quick response from the fire department.

A pair of back-up buses were used for Friday’s runs.

“I’m glad we had the capacity to continue operations,” Hess said.

There were no injuries reported.