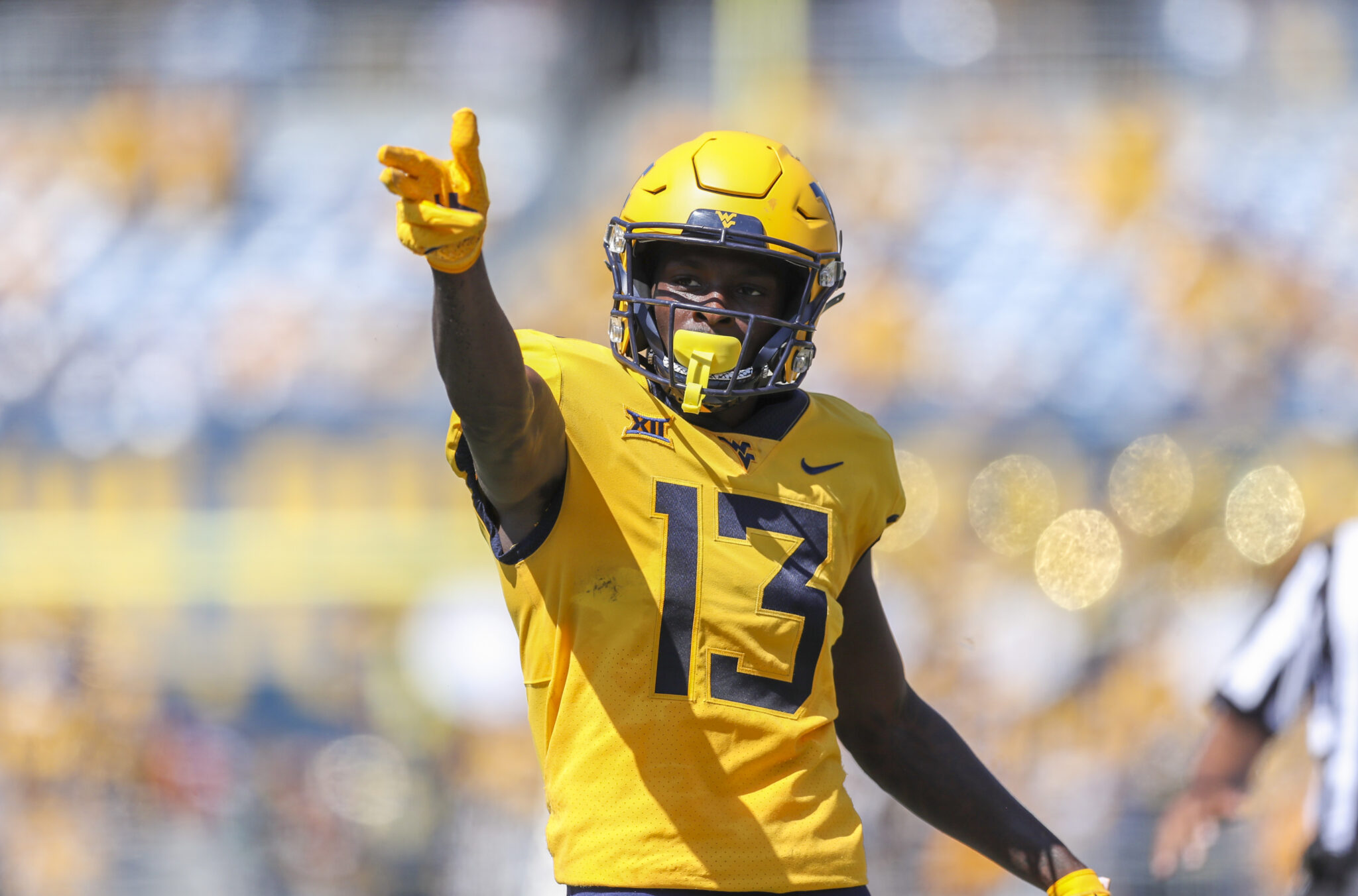 The league opener for both teams at Gaylord Family Oklahoma Memorial Stadium kicks off at 7:30 p.m., and will be televised by ABC. The fourth-ranked Sooners were the preseason conference favorite and have won all eight meetings against the Mountaineers since West Virginia joined the Big 12.

“We’re going to the six-time defending Big 12 champion,” WVU head coach Neal Brown said. “Just saying that is a lot, right? It’s a great opportunity for our program on ABC, a primetime game, playing at one of the most tradition rich venues in college football.”

The Mountaineers and Sooners did not play last season after having to postpone the scheduled matchup and then canceling the rescheduled date as a result of COVID-19 issues within the WVU program.

Oklahoma (3-0) perhaps hasn’t lived up to the offensive expectations that surround the program annually, though the Sooners have scored 139 points. However, 76 came in a Week 2 shutout win over FCS opponent Western Carolina.

OU is coming off its lowest point total (23) in last week’s win over Nebraska since a 2015 national semifinal loss to Clemson.

“Rattler’s arm talent is so unique,” Brown said. “He can move. He extends plays. They can run him if they want to run him. They choose not to. But he has one of the strongest arms and quickest releases that I’ve seen in however long I’ve been doing it.”

Tailbacks Kennedy Books and Eric Gray are the focal point of Oklahoma’s rushing attack and its only two scholarship players at that position. Brooks has 210 rushing yards on 6.2 yards per attempt and three touchdowns, while Gray averages 5.6 yards on his 33 carries.

It figures to be a formidable challenge for a West Virginia defense that made its third red zone stand in the final minute to preserve last week’s 27-21 win over Virginia Tech.

The Sooners are averaging better than 47 points during the eight-game win streak over West Virginia and have scored at least 52 points in the last four meetings dating back to 2016.

The Mountaineers have allowed 51 points in three games, but have forced only one turnover and are one of 11 FBS teams yet to intercept a pass. WVU stifled the Hokies for much of last week’s win and finished with six sacks, half of which came from Jared Bartlett off the edge.

“We’d been playing some twist games with him and we let him straight rush,” Brown said. “He’s a speed guy. He’s done a really good job understanding dip and drive technique, how to use his body, changing tempos.”

Defensive linemen Akheem Mesidor and Dante Stills lead the way on the Mountaineer front and continue to disrupt opposing offenses.

WVU currently has the top red-zone defense in all of college football, with opponents scoring on only four of 11 trips inside the 20-yard line.

“They lost some good players from last year, but they’re playing at a high level,” Riley said. “They can rush the passer. They’ve been good against the run. They do some really good things schematically. They’re challenging at all levels.

West Virginia quarterback Jarret Doege continues to see most of the action, though Garrett Greene has spelled him in each of the last two games.

Doege has 729 passing yards with six touchdowns and three interceptions. Greene is the team’s second-leading rusher with 126 yards on 18 carries.

Tailback Leddie Brown comes off his best rushing output of the season having gained 161 yards on 19 carries. Brown has 265 yards and five touchdowns.

The return of tight end Mike O’Laughlin, who made his season debut against VT, gave WVU a boost in its run game. O’Laughlin played 39 snaps.

“He’s one of the reasons why we ran the football better because we had his presence,” Neal Brown said. “But also our footwork, how we blocked and the demeanor we had up front was significantly better than the first two weeks.”

The WVU offensive line will look to hold up against a Sooners’ defense that prides itself on creating negative plays and turnovers.

“Good quarterback play, an experienced offensive line and skill positions are quality across the board,” OU defensive coordinator Alex Grinch said of the Mountaineers. “Some size at receiver as well. They have speed. The jet sweep series you’ll see on film and the screen game is quality, so they’ll take advantage of it when you got a pass rush. You have to be disciplined that way.

“One of the premier running backs in the country to hand the ball off to. In 2021, you don’t get weeks off defensively. We know that in this conference as much as anything else.”

Oklahoma had 16 interceptions a year ago and has already forced seven turnovers this season.

The Sooners are plus-5 in turnover margin, while the Mountaineers are minus-6 and ahead of only UTEP in the FBS.

“We have to do a better job getting our hands up at the line of scrimmage and affecting throws, getting our hands on the football in the run game and do a better job trying to get the ball out in gang-tackling situations,” WVU defensive coordinator Jordan Lesley said. “It’s really just something we have not done a good job with. That’s as simple as it is. We have to do better.”